Bruises, Hickeys and Kiss Marks (in case you don't know)

It is very likable that somebody has given you a hickey, bruise or kiss mark throughout your life. Actually, they can even be dangerous both socially and health if someone does not know how to do it correctly. I don’t know, it is important that you know everything to prevent any problems. They are often even though as innocent nibbles on the neck, but they have nothing innocent if the person who does it ends up hurting you. For example, there is a case of a 17-year-old boy who died because of a hickey his 24-year-old girlfriend gave him. The cause was a blood clot that reached the brain and caused a fatal stroke. Yeah, nobody wants a simple sex game to end up this way, I know.

In past times, it was very common to observe young boys and girls trying to cover a hickey on the neck. However, at present, it seems that people no longer give hickeys as before or mark territory in the same way. This might be because hickeys were one of the many fashions in society before; You could say that a hickey is old fashioned today. 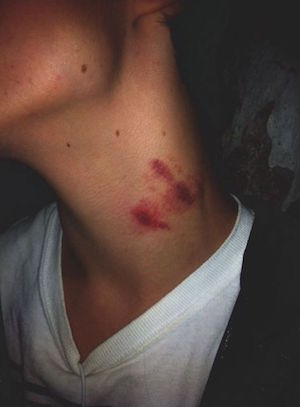 As we said, this action was a way of marking territory before other competitors. In both men and women, a hickey indicated that this person already had a relationship with someone and should not be touched. It can be said that it was the same way a dog urinates in places to mark its territory. As nasty as it sounds, it is true, so don’t laugh!

For those who do not know what a hickey is, let's explain it. It is a hematoma called chemosis. It is caused by the suction of the skin that creates a bruise after aggressively kissing, nibbling or sucking the skin. It usually occurs during episodes of frantic sexual activity loaded with passion on both sides. 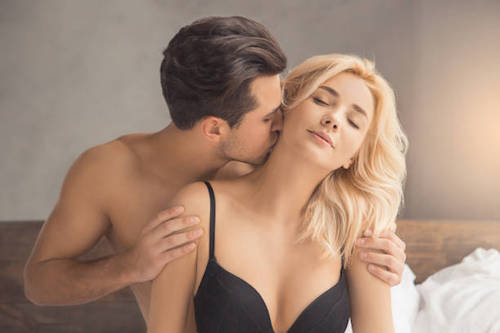 They are usually done in the neck, although it can be given anywhere in the body. The place of the body where to do it depends entirely on the momentum and vigor that exists in that relationship at the moment. The bruise and the mark that remain may take several days to disappear. At first, it is red because of the rupture of blood vessels under the skin. After the passage of time it becomes more black, purple, blue, green, orange and yellow. In total it can last up to 15 days.

9 Ways To Hide And Heal Your Love Marks 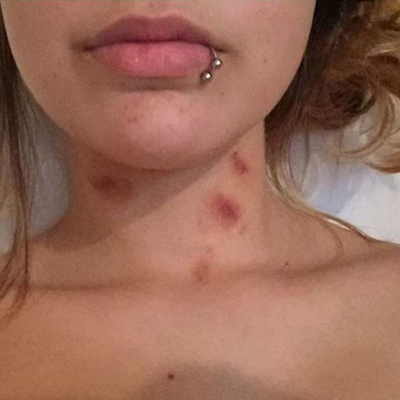 Who has not ever needed to cover or conceal a hickey? Even the most modest have had a stark of passion from which they have marks left, and we all know that those marks can put us in an awkward situation if we live with our parents, if the next day we have to do a job interview, if We are professionals who need to give an image of seriousness or, simply, if you don’t want to have that in your body. But don't worry, because there are ways to eliminate, hide or cover up those flashy spots and we will tell you all. 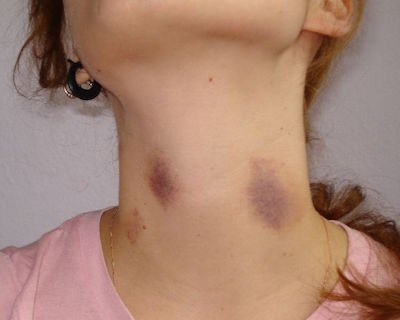 To temporary hide and not look lame

Sometimes, hickeys can take a long time to go away, either because your skin is sensitive or because your partner has been especially passionate. That won’t be a problem for you since there are ways to cover hickeys, so don’t freak out.

1. Divert attention from it 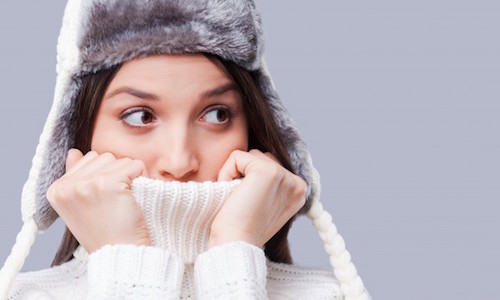 If the hickey is not very evident, it is in an area where people do not usually look at (for example, the back of the neck, near the neck or behind the ear) and you do not usually wear makeup, it is best not to cover it , but divert attention and, as a good illusionist, give them something else to look at. Sometimes a funny t-shirt, or a good cleavage, or pants that makes you look fine, can divert the looks that much that you could wear a Hulk mask and those around you will not even notice. 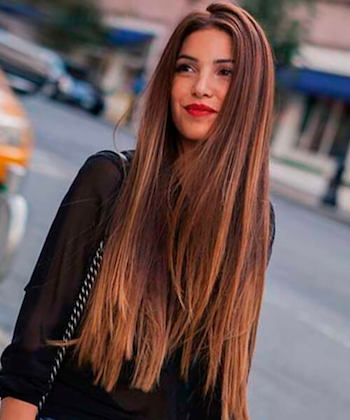 Whether you are a man or a woman, abundant and long hair, at least up to the shoulders can be a good ally to cover hickeys in the neck area, where it will be enough to let your hair down so that they are not seen. For long-haired girls, the ideal is a side braid that goes down the neck and neckline just above the hickey, so that it covers it completely. 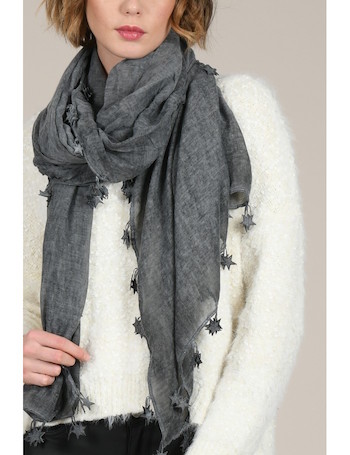 A scarf knotted around the neck, a choker with thick ribbon, a shawl to cover your shoulders, an especially large hair ornament ... The possibilities are multiple and can be adapted to all occasions. But, beware! Do not wear things that you would not normally wear, since then the attention of the people will focus on them and it will be a matter of time before they discover that you have something to hide. 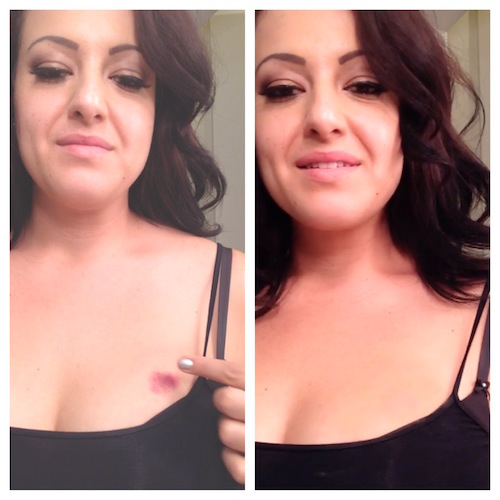 And if you are one of those who knows how to do makeup, you have just gotten lucky, since a good makeup can make any imperfection disappear from view, hickeys, bruises, and kiss marks included. However, be cautious: it is not about wearing a pound of makeup, but about distributing it properly and choosing the colors well. Since hickeys and bruises are usually quite dark, it is easier to darken the skin around the mark than to change the color of the hickey completely, so if you have it on the neck or neckline, play with the lights and shadows and, if you can, use different shades of concealer to match the different shades of the hickey before applying the makeup itself. Ideally, use yellow concealer in the center of the bruise, and green around, and then cover everything in a tone that matches your natural skin tone.

5. Avoid drawing attention to it

And, above all, do your best not to direct your eyes towards the hickey: try not to touch it and do not wear anything that attracts attention in that area. That is, if the hickey is on the neck, do not wear flashy earrings, If it is in the neckline, avoid necklaces ... Sometimes, common sense is the most effective tool.

Although describing it this way is not the most romantic thing in the world, what we call a hickey is nothing more than a bruise, that is, an accumulation of blood under the skin, caused by the breakage of small blood capillaries and, therefore, can be removed in the same way that we remove bruises caused by blows, applying simple healing techniques. We have gathered the most effective ones just for you: 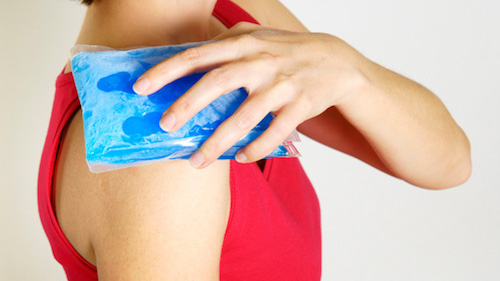 We all apply cold whenever we get hit, we fall, or basically in any situation where we get a bruise of some sort. It is a classic that has been present for ages, and it works, especially if it is combined with the application of light massages. Why should it be different for hickeys if after all, they are just bruises, too? Well, it is actually not different, so all you have got to do is apply some ice or cold patches on the mark as you would with any other bruise. 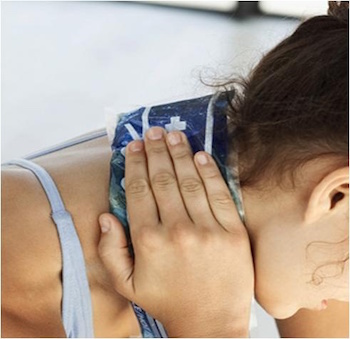 Heat is actually more convenient than cold if we are talking about love marks and hickeys that have been there for a long time and are taking longer to finally go away. There are specific creams with heat effects, but we also have the option to heat a cloth in the microwave and apply it by pressing on the area. It is not as effective as the previous trick, but it usually makes the color of the hickeys lighter and finally takes them off for hickeys that are almost gone.

Toothpaste is the perfect solution if you have time, since toothpaste has an astringent effect and helps repair vein tears, but acts slowly. Yes, it might sound crazy, but it actually works. It is the best option for those Friday night hickeys that you don't want to show your coworkers on Monday. 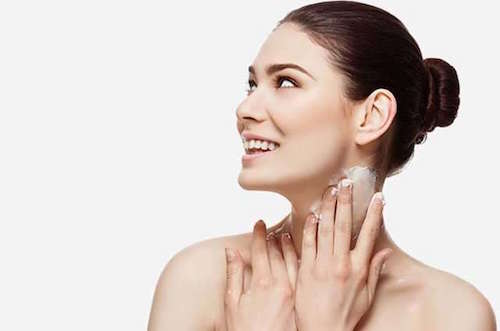 Pressure and massages are a perfect way of making bruises fade, as it gets the blood flow going in the clot. For a gentle massage, it is ideal to use a toothbrush, but you have to go carefully and do not scrape too much, as it could make it worse. For a quick solution, it is best to use a coin, put some cream on the skin, and swipe stripes on top of the hickey with the coin. Both solutions will result in an immediate reddening of the entire area, but when it disappears the hickey will be lighter.

Related Article: 5 Makeup Techniques To Hide A Hickey From Your Parents 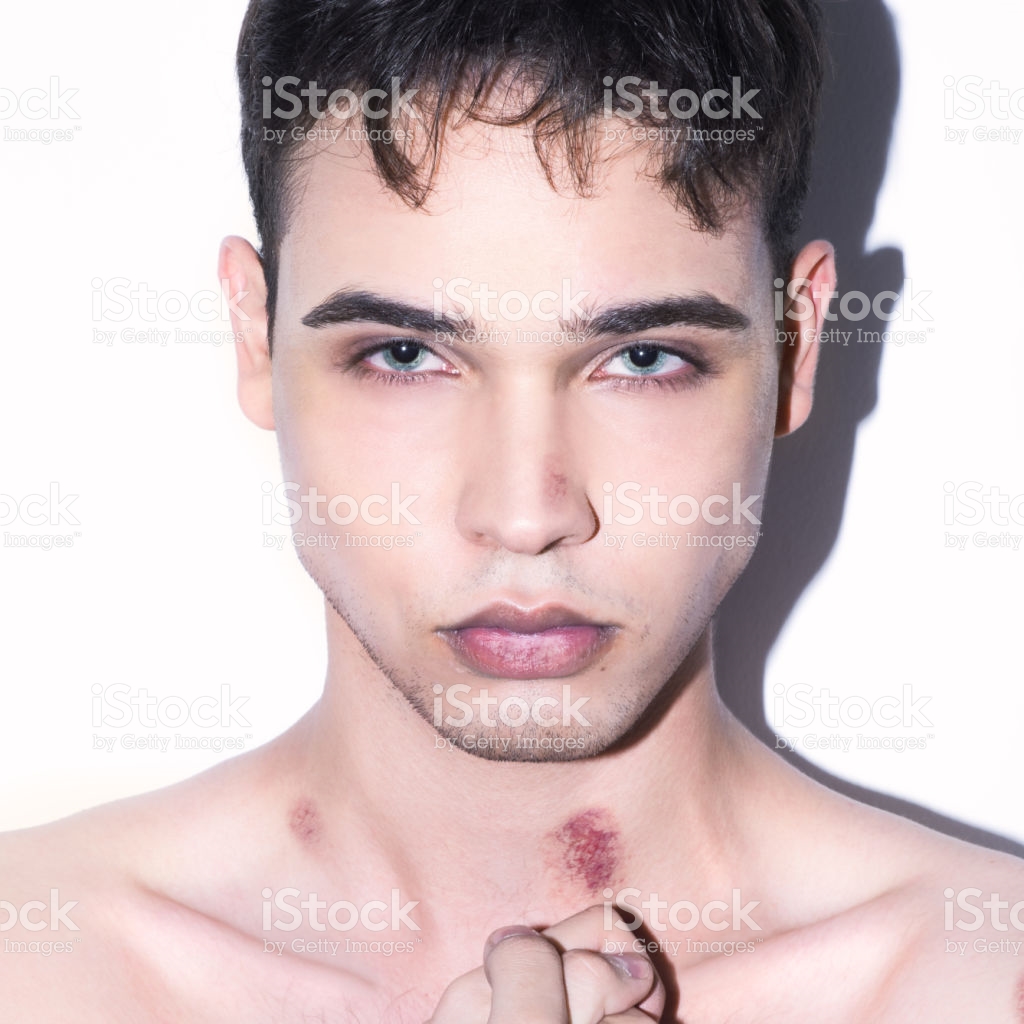 Have you ever wondered how to get rid of or hide a hickey? Here are the top five ways to hide a hickey using everyday items in your home. 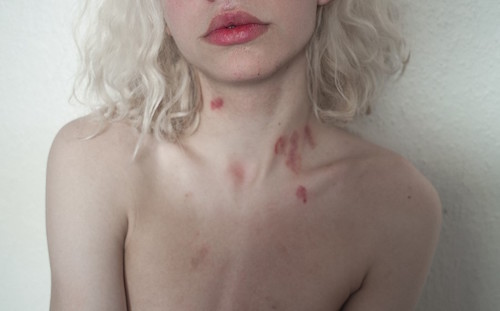 Hickeys are not going to be an issue for you anymore after you have read this article! Everyone will be clueless that you even have one if you follow our tips and tricks. No more embarrassing or awkward situations. Yeah, you are welcome!