How Beard, Goatees and Clean Shave Came About 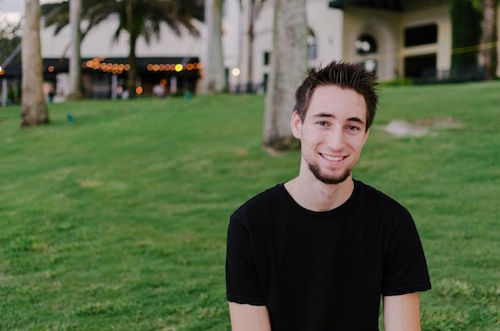 Do you like your man bearded or clean-shaven? Do you think bearded guys are sexier? Is there are a big preference in women regarding facial hair in men? According to science, it depends on what you're looking for. Looking for a hookup? maybe you'll find that less hair if sexier. Looking for a relationship and a father for your babies, bearded men will be your choice. Are you on board with this? Before we talk about women's preferences regarding facial hair, let's take a look at some beard history. 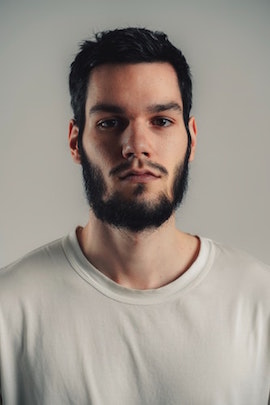 Have you wondered how beards, goatees or shavings came about? Beards or facial hair, in the history of humans, have had many uses, not purely aesthetic ones. During prehistoric times, men used beards for three main purposes: warmth, intimidation, and protection. Facial hair kept their mouths protects from sand, from dirt, from the sun, and from other elements; it also helped keep them warm. They used it as an intimidation technique too because a beard on a man's face creates the look of a stronger jawline and that made them look more intimidating.

In ancient Egypt, royalty (both kings and queens) used a false beard that was made of metal. They hold this false beard on their faces by tying a ribbon over their heads. Why did they eliminate the real beards and wear these metal ones? It was mainly for religious purposes. The god Osiris (who was charged for judging the deceased in the afterlife) appeared in various paintings with a beard (not a real one). The pharaohs donned the metal beards aiming to link themselves to the god's eternal reign by imitating his appearance. 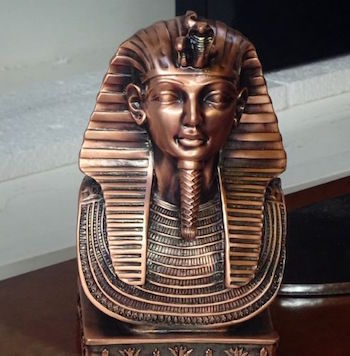 In ancient Greece, beards were a sign of honor. They liked to curl their beards with tongs, they did this to create hanging curls. If they wanted to punish someone during that time, they shaved their beards. Alexander the Great decreed that the soldiers were not to have beards because he was afraid that the soldiers on the other side would use them against them by holding onto them during battle.

The Romans preferred their beards trimmed and well-groomed. The Anglo-Saxons used to wear beards until the advent of Christianity (7th century), by law, clergy were required to shave by then. Beards were made popular again during the Crusades and for four centuries a lot of beard styles appeared and men were allowed to choose between them. In the 1560´s the Anglo-Saxons even starched their beards. 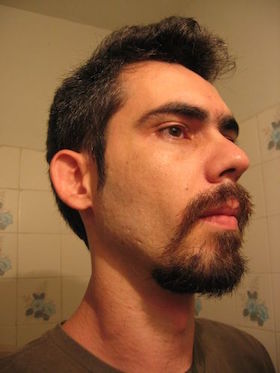 What's a goatee? According to Christopher Oldstone-Moore (an Academic at Wright University, who studies masculinity and beards), a goatee is a partial beard, what this means is that there are parts of the face that have hair and parts that are clean-shaven, this must include the chin. There are variations of the goatee, for example, the full goatee which is a connected full circle of trimmed hair around the mouth. A goatee is called a Van Dyke when the mustache and chin hair are not connected.

The goatee has a curious and often erroneous origin. Have you seen the billy goat and its peculiar long fur underneath the chin? Well, that's where the name comes from, some say that because of this, the ancient Greek god Pan (who was the god of shepherds but also a symbol of wildness) was depicted in some images as having a goatee. When this imagery was incorporated into Christianity, Satan was depicted featuring a goatee. Oldstone-Moore thinks this is erroneous or coincidental and that the goatee has a more modern origin.

The goatee was made popular in the 17th century by a  Flemish painter named Anthony Van Dyck. He was a very successful portrait painter, who did portraits of dukes and queens and kings. His most famous one being of Charles I. Van Dyck also did a lot of self-portraits, he painted himself wearing a trim partial beard (a delicately curved mustache and a small and pointed chin beard). Portraits of both Charles I (which wore the same beard style) and of him were circulated through Europe and this help made this beard style very popular. It was named after the painter and is now called the Van Dyke. 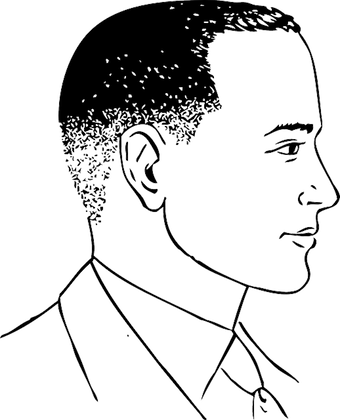 Why and when people started to shave? It turns out the shaving predates history. All the way back during the Stone Age, the Neanderthal Man "shaved" by pulling hair from his body. There are some cave paintings that show how men from that time plucking his hair using seashells as tweezers. The earliest shaving razor discovered were flint blades (30,000BC).

The ones who establish shaving as a daily grooming routine were the Egyptians (men and women). They had an unhealthy obsession with body hygiene. Men, women and even children all shave their heads and all body hair. They used depilatory creams and pumice. Regarding facial hair, Egyptian men thought that it was a sign of personal neglect so they visit the barber on a daily basis to get rid of it.

Is there a preference in women on Men's facial hair? 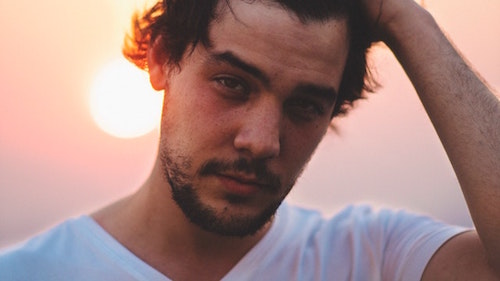 Men's facial hair has gone through its fair share of trends. Some are sexy, but others...we have a hard time figuring out. But is there a preference in women regarding men's facial hair? Do you like them clean.shaven or with a very trim goatee or burly as a lumberjack? When it comes to personal tastes there is something for everyone, so some of you would prefer your man clean-shaven while others will go crazy for full-bearded men.

There is no absolute answer regarding this, so let's turn to science, maybe there we can come up with some insights to help us answer the question.

In 2016 a group of researchers from the University of Queensland in Australia conducted a study to explore male facial hair and what role a beard played in sexual attractiveness, masculinity, and shot-and-long term relationships. 8520 women were divided into three groups and each group was shown pictures of men with varying degrees of facial hair. The images showed men with clean-shaven faces, men with light stubble, men with heavy stubble, and men with thick beards.

The overall answer was that women find men with heavy stubbles sexier. Women also find a short stubble sexy. Men with full beards or clean-shaven were not deemed sexy enough. Women looking for a fling or a one-night stand prefer men with a scruffy look, a light or a stubble beard. When it came to women looking for a long-term relationship and a father for their children, men with heavy stubble and full beards were the ones chosen.

From the results, the authors theorize that beardedness is more attractive to women looking for long term relationships because it "indicates a male's ability to compete for resources." 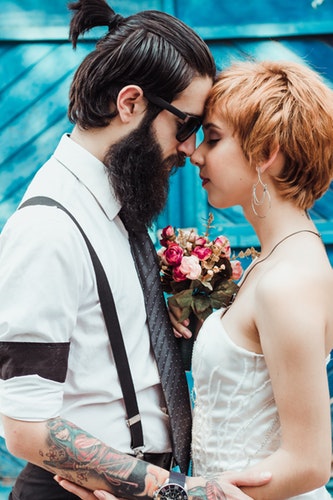 Beards are attractive for women because according to another study conducted in 2016 which was published in the Journal of Evolutionary Biology, affirmed that facial hair in men signifies masculinity. Women view men with beards more confident, industrious, generous and sincere as opposed to those clean-shaven.

Some research suggests that women will find clean-shaven attractive when everyone around them is sporting a beard, and also that they find bearded men attractive when beards are not the norm. This study was conducted online and was detailed in the journal Biology Letters on April 15, 2014. In the study, volunteers were placed in three groups and they were asked to look at images of men with different growths of facial hair. The first group saw only clean-shaven images, the second group saw only full-bearded faces and the third group saw faces of men with all the degrees of hair growth. The faces were rated by the volunteers on a scale from very unattractive to very attractive.

The results were very similar to the other study conducted in Australia, women find bearded men with a light or heavy stubble more attractive than clean-shaven men; the most attractive men were the ones sporting a heavy stubble. What's interesting here is that the women in the group who only saw clean-shaven men showed a preference for men with beards, and the group that saw only faces with bearded men showed a preference for clean-shaven men. Hence the suggestion that women would prefer a man without facial hair when sporting a beard is the norm.

Related Article: Do Girls Like Facial Hair? 15 Thoughts You Should Note 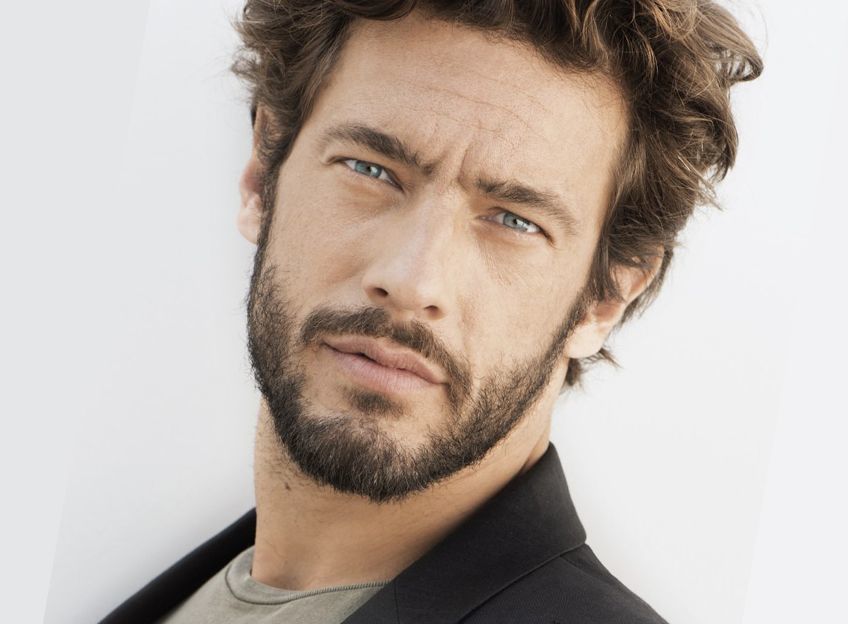 Facial hair on guys; Is it a hit or a miss? Here are 15 things that you should know about whether or not girls like facial hair. 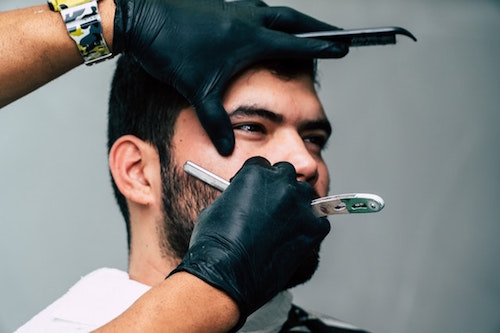 To beard or not to beard, that's the question right?

Well, according to science there's a preference for bearded men, women prefer some kind of facial hair on their men. It would also depend on what you're looking for. If it's just a fling, light or heavy stubble will do, but if it's long term, women will go for the really heavy and full beard. There's just something about it that suggests he's a keeper.