Whoever says that dolls are not scary has probably never seen a truly scary horror movie in their life. Maybe it’s that freaky appearance that they have or the fact that they are usually haunted or go around killing people, in movies we mean. Regardless of the case, puppets and dolls have become a staple in horror movies for decades and they continue to be extremely popular among movie makers and scary movie fans alike. Well, in case you want to prank someone or make plans for Halloween, here are some of the best puppets and dolls that have appeared in horror movies throughout the years, which will make you wet yourself.

How Puppets and Dolls Ended Up in Horror Films 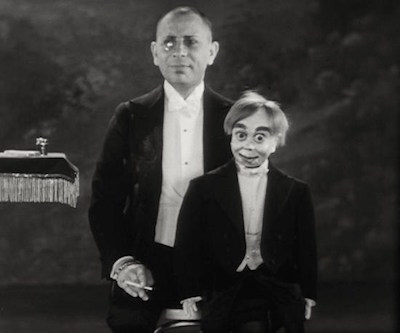 But before diving deep into our list of freaky dolls, it’s worth noting that it’s quite unknown how puppets and dolls ended up making multiple appearances in horror films, especially for so many years. From what we know, the dolls that appeared in the 1929 black and white movie “The Great Gabbo” was the first one. And while not a horror movie per se, this one probably sparked the imagination of people who thought that dolls can really become horror symbols if used right. In this movie, it is not the actual puppet that is the big evil but its owner, an abusive ventriloquist named Gabbo. At least this is what we could get from the silent movie that started it all.

8 Horror Movies Related to Puppets and Dolls to Wet Yourself 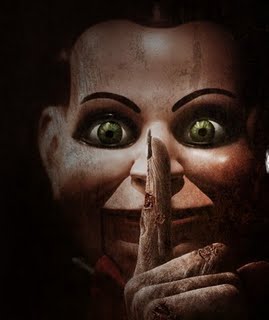 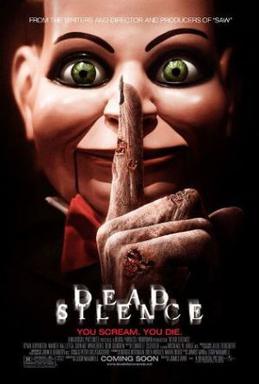 Again a ventriloquist who begins to have trouble when her dummy called Billy becomes haunted. The movie hit cinemas after the huge success of the “Saw” movies which made James Wan an established horror movie maker. In this one, the ventriloquist and her puppet are looking to get their revenge on the people who made fun of her for not being good at her job. This movie has it all and even if it may not actually be that scary, the puppet alone makes it ten times more frightening.

And speaking of “Saw”, this one was James Wan’s crown jewel, the movies that made him famous in the entire world. With another puppy named Billy at the center or Jigsaw, as everyone knows it, this movie franchise is frightening but less so if it hadn’t had the puppet in it. The doll is not actually evil but seeing it is never a good sign as it represents the harbinger of evil and chaos. Whether Jigsaw s actually that scary is up for you to decide. Just look away whenever you feel like he’s near. We warned you.

Yet another horror movie from James Wan that involves a freaky doll. Unexpected, right? Well, if we were to tell you that this one is called Annabelle and it’s actually a real thing exposed in a museum, would you be a little bit more scared? In this one, Ed and Lorraine Warren, the worldwide famous paranormal investigators, deal with all sorts of demonic problems. However, the doll is the star of the movie’s opening sequence. Have we made you curious? Then maybe you should check out her own movie called “Annabelle” where she is the main “protagonist”. The doll in the movie doesn’t like anything like the real one, which now lies captive in a glass cage in a freaky museum and nobody is allowed to touch it. So we guess there is a bit of truth to the horror stories after all. 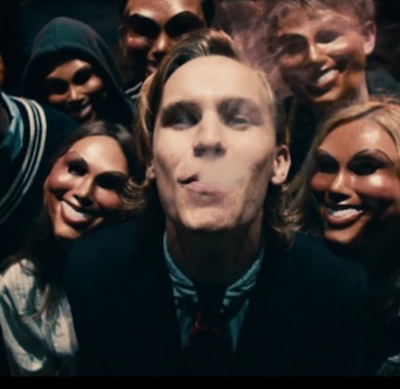 The masked group of people known as the “Purgers” is the creepy one here. They may not be real dolls but those masks make them look like some. It’s the story of a terrorized family that has to deal with this sadistic group of killers during Purge night in 2022. The initial movie sparked many iterations and gained a huge success among horror movie fans. A TV series is now running and a fifth movie is being produced, said to also be the last one. These masks are amazing if you want to make a Halloween costume or scare someone.

“The doll” is an Indonesian horror movie that might make you wet your pants during and after seeing it. It’s about a couple who move into a new house but soon start experiencing weird and scary happenings after receiving a doll into their home. Later, they find out that the doll belonged to a little girl who was brutally killed during a robbery along with her entire family. There are two movies as of now with a third one set for a 2020 release. Like all Asian movies, this one sets the bar very high and is definitely one of the scariest horror movies centered on a doll.

This very creepy horror movie has probably taught us to never look under our beds because we might see oversized clown dolls lurking. Its name is Robbie the clown and even if he doesn’t show up a whole lot, you need to get ready for the moments when it does. And if you happen to also have a fear of clown besides the fear for dolls, get ready twice. It’s probably one of the scariest movies on this list, not for the faint of heart. 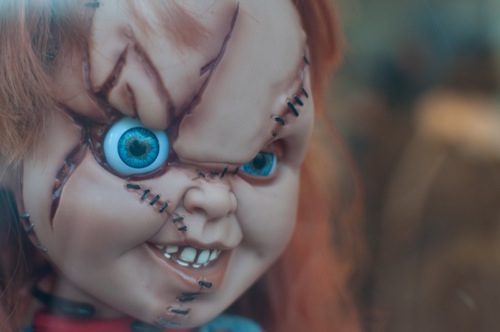 Ah, who doesn’t know Chucky? With its red hair and foul mouth, the first movie in the series made the doll a horror icon with fame that keeps going strong. Now, this puppet is a star on its own with so many movies that its legend has become a bit less scary than it was intended to. However, the first movie it appeared in debuted in 1988 and Chucky was a doll possessed by the soul of a serial killer who wanted nothing else but to kill again. The movies “Bride of Chucky” and “Seed of Chucky” were not that scary but the horror returned with “Curse of Chucky”, a more recent iteration that made the doll scary enough for us to wet our pants, once more. 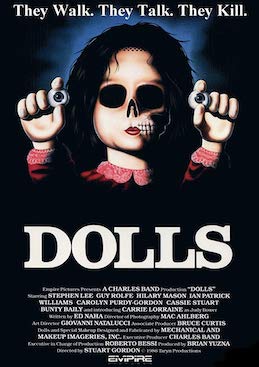 In this 1987 classic horror movie, a house full of creepy toys is at the center of it all. However, things couldn’t be that simple because all the toys are revealed to be holding the souls of some long-deceased cursed and unfortunate people. It comes from Stuart Gordon and, at the time, it reinvented was horror was and soon became a cult classic. It may be a bit bizarre here and there but this movie surely deserves its place on our list, especially with so many haunted dolls involved.

Related Article: Dolls: Either You Love Them Or Hate Them 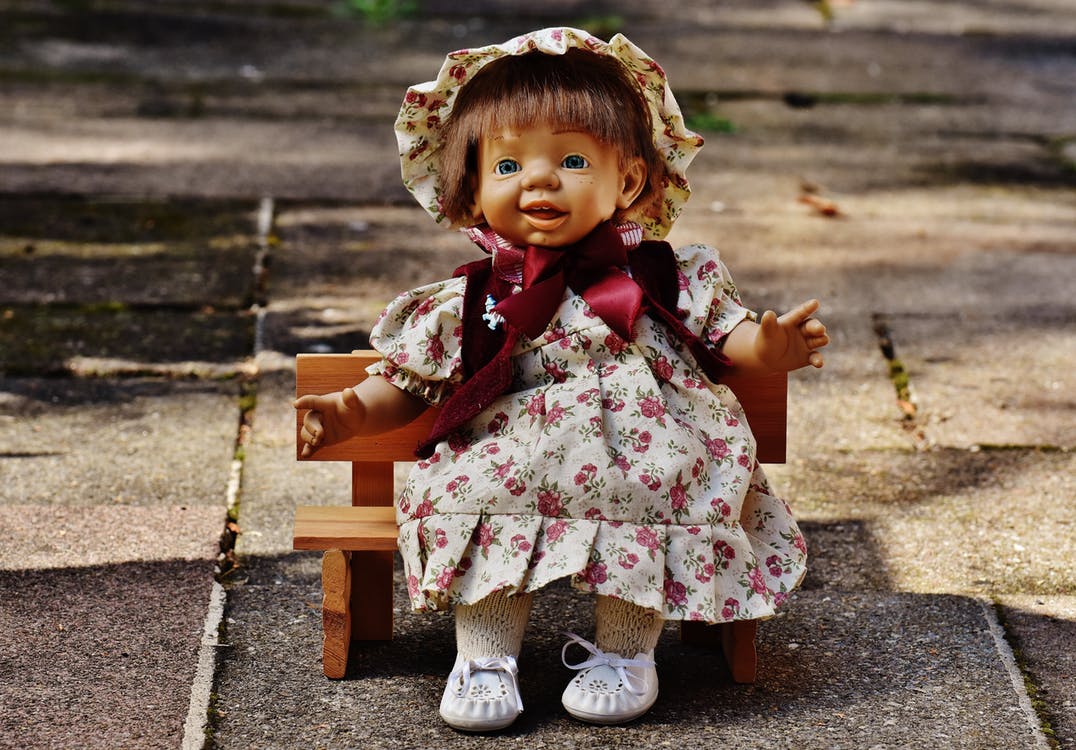 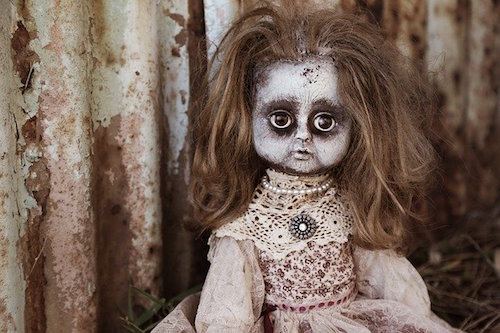 All in all, as we have seen on this list, it appears that scary dolls are a thing in horror movies, even after so many years. And to put it frankly, there are not many people who don’t find dolls creepy at all. The entertainment industry has taken care of our perception of them and now it’s completely ruined. Still, if you want to wet your pants, prank someone (even if we don’t recommend it) or simply make an early Halloween costume, we hope that the aforementioned freaky dolls have given you a few ideas. Just make sure not to scare anyone too badly because we don’t take responsibility for it.  Maybe keep these scary dolls for your own creepy movie nights with friends, ok?