Zooey Deschanel in a Nutshell 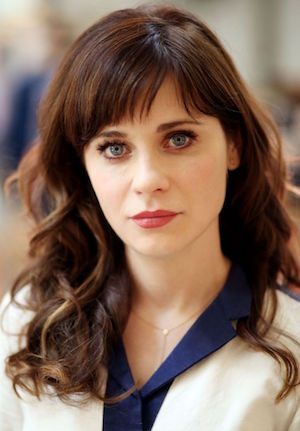 Born into a showbiz family in the 1980s, Zooey Deschanel had everything to become successful in Hollywood. Her father Caleb Deschanel, is a renowned cinematographer with an Academy Award nomination under his belt. One of his most acclaimed works is The Passion of the Christ (2004). Her mother, Mary Jo Deschanel is an actress who starred in the 1990 movie Twin Peaks and her older sister is none other than Emily Deschanel who played the lead role in the TV series Bones. For Zooey Deschanel there’s no better place to be than Hollywood, she had her big break at 17, playing the role of a model in Veronica's Closet a 1997 TV sitcom. 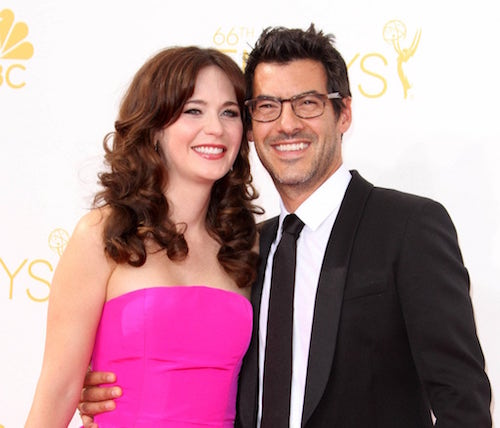 The following hear she quit Northwestern University to pursue her dream as an actress full-time. Over the years her career has grown steadily and she has had the opportunity to cement her place as Hollywood royalty. Zooey has appeared in films such as Mumford (1999), Almost Famous (2000), All the Real Girls (2003), Yes Man (2008), The Happening (2008), 500 Days of Summer (2009), Our Idiot Brother (2011), and is the star of the FOX sitcom, New Girl (2011). She has worked opposite big names in the industry like Jim Carrey, Mark Wahlberg, Will Farrell, and Jason-Gordon Levitt. In 2015 she married her second husband, film producer Jacob Pechenik,  converted to Judaism and they have two children together. 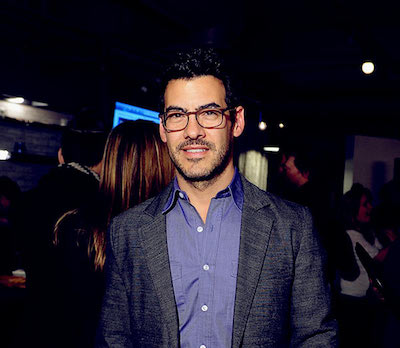 A San Antonio Texas native, Jacob Pechenik is an accomplished film producer who stumbled into film making by chance. Pechenik studied chemical engineering in college. After graduating with a Bachelor’s degree from the Massachusetts Institute of Technology (MIT), he spent the next 20 years working for  Fortune 500 companies. He also co-founded a number of successful companies in which he served as CEO before transitioning into film production. Jacob Pechenik is into independent cinema and has produced lots of films in this category, some of his films are ‘Kiss of the Damned’, ‘The Skeleton Twins’, and ‘Before Midnight’. His production company Venture Film Productions has established the reputation of being one of the most prominent production companies of independent cinema in Hollywood. 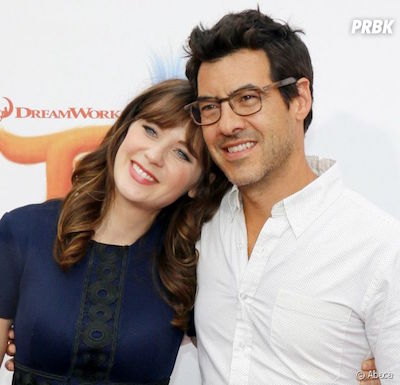 Jacob currently is 47 years old, as earlier mentioned he was born on June 16, 1972, in San Antonio, Texas. In his childhood, he was more interested in science and physics than films. He was more of a geek that’s why he went to Massachusetts Institute of Technology and majored in chemical engineering. And also began a career that lasted 20 years in the tech niche. So in a way, Pechenik is not your usual Hollywood type. 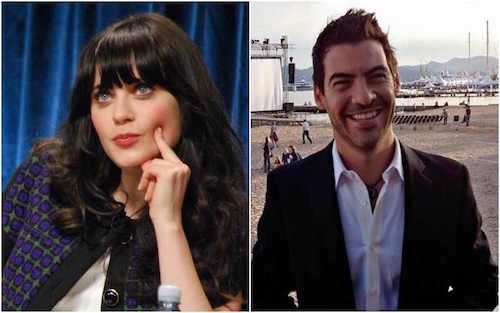 Immediately after college Pechenik, launched a start-up called TechTrader, designed to facilitate business-to-business enterprise for public and private trading exchanges. He later went on to create another company known as YellowJacket Software with the aim of providing a better method of the trade for over-the-counter products.

In 2010 after two decades in the tech sector he decided to transition into film and founded Venture Forth Productions. This film production company aims at producing financial independent films. Pechenik is an executive producer so he spends his time behind the scenes, some of his most prominent works are, ‘The Immigrant’, ‘Life of Crime’, Cold Comes the Night and  ‘Before Sunrise’. He has worked with the likes of Kevin Costner and Anne Hathaway. 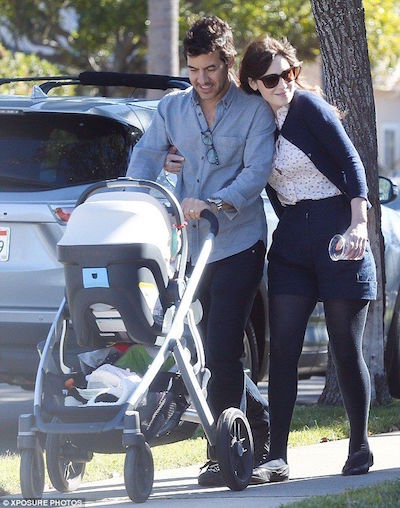 Born on June 16, 1972, in San Antonio, Texas  Pechenik is a very private person, he prefers to keep his personal life private. He began dating Zooey Deschanel in 2014 and a year later they welcomed their first child. They got married in a secret ceremony without the prying eyes of cameras and paparazzi. 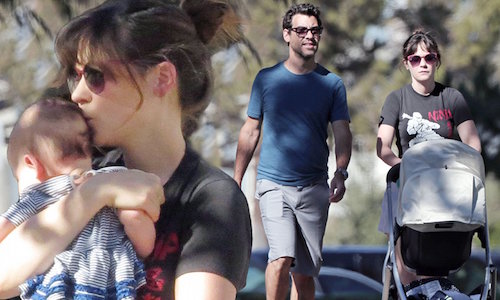 Not much is known about his family life prior to his marriage, if he has siblings or the whereabouts of his parents, he has never mentioned them in any of his interviews. However, Pechenik and Zooey have two kids which they named after wildlife species. Like most celeb parents their kid's names are rather unusual, to say the least, their first daughter is called Elsie Otter Pechenik and their son was named  Charlie Wolf Pechenik. He practices Judaism and his wife converted to the same faith prior to their marriage. In 2016, Pechenik and Zooey Deschanel, founded ‘The Farm Project’ to make the process of growing their own food easy for people and to encourage conversation between farmers and their respective communities. 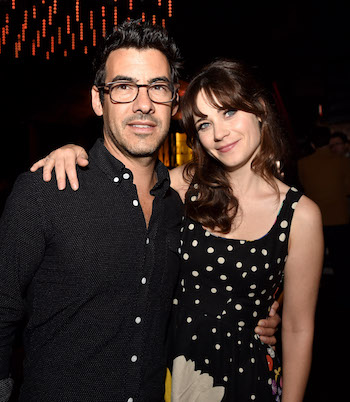 He’s a very private person and is barely active on social media, he has an Instagram account but nothing else and he doesn’t post much. It is safe to say he’s a rare breed in Hollywood where everyone’s business is out in the open. He has managed to keep certain aspects of his life private. Though he can’t always hide from the spotlight because he has a wife who is a celebrity and he has to occasionally accompany her to public events and get their pictures taken as well as talk to the media. 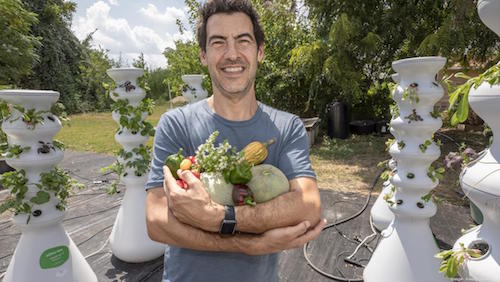 Jacob Pechenik is quite the CEO, he started by founding TechTrader in 1998 with his MIT buddies to help companies trade successfully on the web and then moved on to create Yellow Jacket Software in 2003 aimed at facilitating the trade of over-the-counter products. Pechenik later co-founded Lettuce Grow, an initiative to change America’s food supply chain and educate consumers about where their food comes from, a venture with Zooey Deschanel which they still run today. He also founded Venture Forth Productions to produce independent movies. 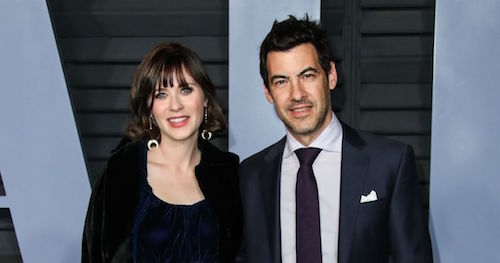 Jacob Pechenik was born and raised Jewish and he actively practices the Jewish faith. This is why his ex-wife Zooey Deschanel had to convert to his religion prior to their marriage. There’s no doubt their children will be raised following their Jewish heritage. 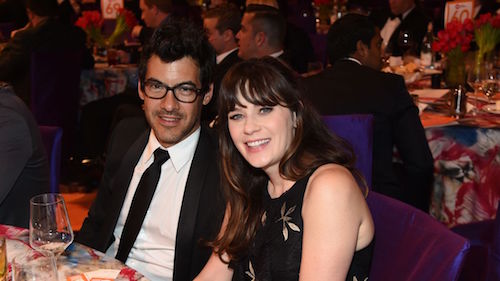 Though Pechenik is a very private person, he loves PDA and never shy from it. He said so in an interview, he doesn’t mind any kind of public display of affection. As you may have noticed if you looked at him and his former wife when they stepped out on the red carpet.

What Happened Between Zooey and Jacob? 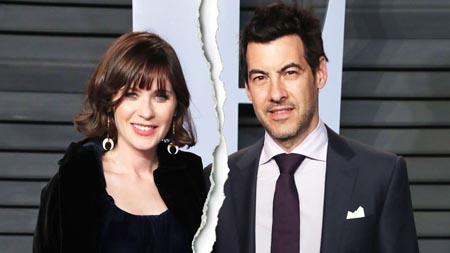 On September 6, 2019, the couple split after 4 years of marriage and two kids, a few months later Jacob Pechenik filed for divorce stating irreconcilable differences as the cause of the split. Since then no one has been able to specifically say what really happened between our two love birds. But there have been speculations, one source claims the split could have been as a result of infidelity since Zooey was spotted holding hands on a date with one of the property brothers just a few days after they announce their split.

Other sources say religion might have been the deal-breaker even though Deschanel who was raised catholic converted to Judaism shortly before their wedding. This is what she told US Weekly  "I don't attach myself to any one religion. My family is liberal. I was raised in the 'you can be whatever you want' kind of way. And in the end, I was like, 'Eh.'" Still, it could have been that "Eh," attitude that contributed to the cracks in their marriage. 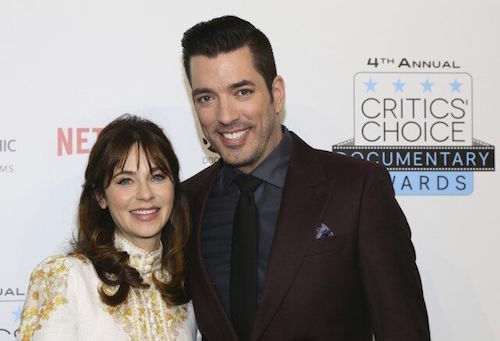 After several months of separation, the couple filed for divorce on October 15, 2019. Zooey Deschanel and Jacob Pechenik’s spokesperson read a statement from the couple saying  "After much discussion and a long period of contemplation we have decided we are better off as friends, business partners, and co-parents rather than life partners. We remain committed to our business, our values and most of all our children. Thank you for respecting our privacy at this time." The joint statement suggested that they are still business partners and are most importantly focused on raising their two kids together despite the divorce.

Recently, Zooey Deschanel has been seen hanging out with Property Brothers star Jonathan Scott. And the two seem to be quite taken with each other, they’ve been spotted severally around town holding hands, cuddling and laughing. Rumor has it that these love birds met while filming an episode of Carpool Karaoke. In a recent interview  Pechenik said they are in a good place and he is happy, he also said they still turn to each other for suggestions or advice since as they know each other's strengths and weaknesses. And they share responsibilities in their company Lettuce Grow as well as in the wellbeing of their kids. 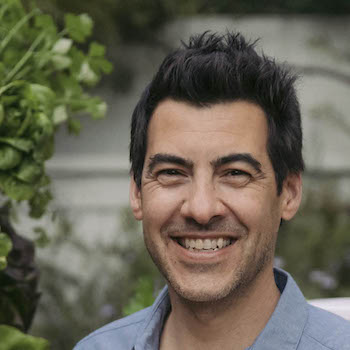 Jacob Pechenik net worth is estimated at about $3 million, apart from being an executive producer for many films like Terri in 2011, Electric Slide,She's Funny That Way, and Black or White, he  is involved in a number of other business ventures like  Lettuce Grow and other tech start-ups. His income is relatively lower than that of his ex-wife estimated at about  25 million dollars.

He is young, promising and talented. Here are some astonishing facts about this upcoming youngster, Jacob Tremblay, the movie actor. 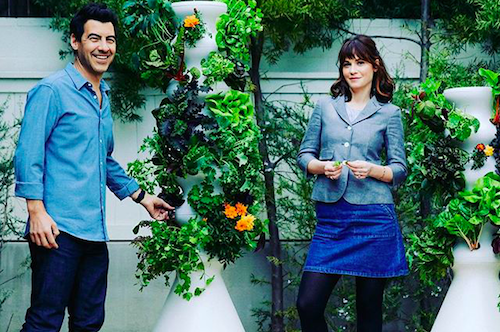 No one knows if Jacob Pechenik is seeing someone new since his split with his wife, he says the divorce was amicable, and he is in a happy place but unlike his wife, he has not been spotted out with any lady lately. These parents have managed to keep their children away from the spotlight which is an almost impossible feat in showbiz. We wish both of them well as they part ways and hope that this time around long-lasting love is in the cards for them.