If you are an avid fan of late-night talk shows, then the name James Corden is not alien to you. Diverging from the norm of rather drab and serious programs, The Late Late Show with James Corden is an amalgamation of unique comedy and heartfelt interviews.

Corden is a man of many talents. He started his career by acting as a reporter for various kids’ channels until he landed a role in notable British television shows. His knack of singing, acting and writing helped him outshine most of his peers. It was not long after his career as an actor that his talent as a producer was revealed. He won the award for the best comedy show for the first-ever series he produced, namely Gavin & Stacey. Corden also has the honor of working in major films, including Cruise of the Gods. 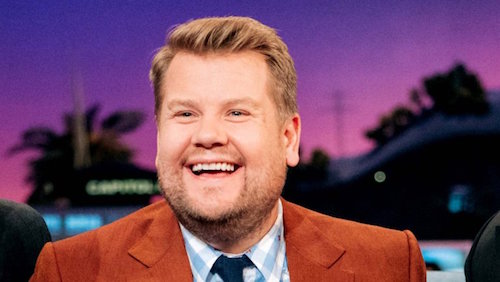 British born and bred Corden has hosted some of the world’s most important award shows and has had his viewers in fits of laughter. His comical delivery, light-hearted humor, and easy-to-get-along-with personality have made him a heartthrob of even the A-list celebrities.

The late-night show that he currently conducts has skyrocketed the parent channel’s views manifold. It came into limelight with the segment carpool karaoke in which many artists accompany James on his car and hold a karaoke competition as they drive around. In 2016, a clip of this segment from his program went on to become the most viewed and applauded YouTube video.

In light of his unparalleled achievements and services, he was bestowed with the rank of “Officer of the Order of the British Empire” in 2015. 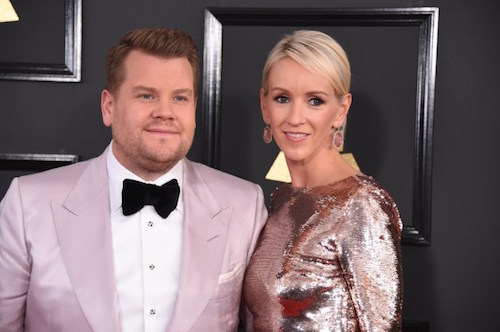 James Corden’s biggest success, in his own opinion, is to meet the woman who has changed him for good. His wife Julia Carey was a friend of his then-roommate, actor Dominic Cooper, who Corden regards as his cupid.

Carey was not a name unknown before her marriage to James Corden. She had her talents that made her distinct. Her first-ever venture was philanthropy and charity. Carey always wanted to return to the world and make it a place less miserable for children. She had been to multiple communities and less developed areas to understand how dire the need was to help those less fortunate young people to be able to have access to basic facilities. Hence, she joined a British welfare project named “Save the Children”. The non-profit organization operates in the UK and USA with the motto of assisting children in distress to study, work and live an optimum life. 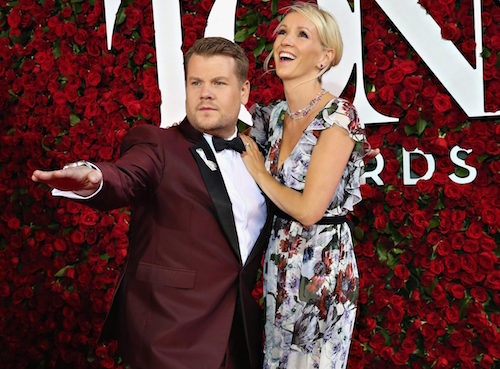 Born in Britain in 1967, Carey became the British face of the organization and continued to arrange charity events to collect the much-needed aid.

After falling in love with James, she tried other avenues. For starters, she stepped into the industry as a producer, dishing out fantastic shows like the Enemy at the Door.

How James Corden and Julia Carey met and fell in love 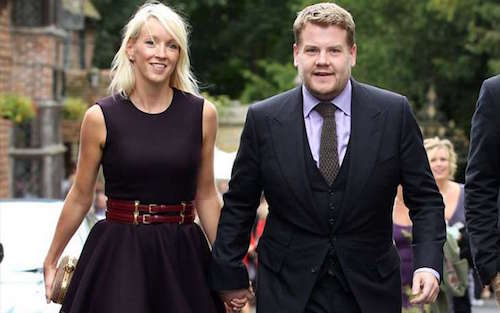 The two met when Cooper introduced them to one another at a party back when Corden was in a toxic relationship with the actress Sheridan Smith. Corden and Smith had nothing in common and they used to fight till they broke up only to get back again to repeat the vicious cycle. Even though they had been dating for a couple of years, Cooper as Corden’s roommate and a friend could just not bear the thought of Smith becoming his pal’s wife. They were anything but compatible.

When Corden was about to take things up a notch and tie the knot with Smith, Dominic knew he had to rattle Corden till he could reconsider his decisions. That is when he nagged James to come with him to a fundraiser event for Save the Children. Corden, on the other hand, had no plans to join his flat-mate and kept coming up with nonsensical excuses. He, perhaps, was going through another fight with his soon-to-be-fiancée. 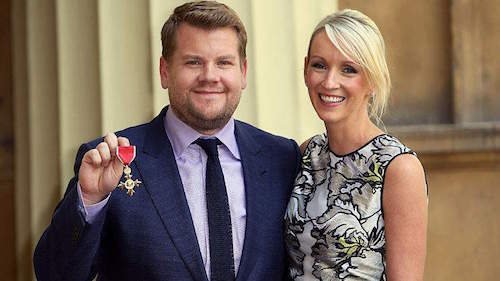 Upon much persuasion, Corden finally agreed to go but only at the condition that he would not be pestered to socialize with other attendees. Upon reaching the venue, Corden found himself a corner away from other people to be alone when Cooper introduced him to Julia Carey, a friend who he had known for almost a decade. When Corden’s eyes met the eyes of the young girl who was the organizer of the fundraiser, his jaw dropped. He had never seen a woman so beautiful and charismatic before. James often reminisces the time when he saw Carey and admits that her personality was so captivating that he could not resist.

Carey, a very private person herself, secluded herself from the people to spend some time with the lonely-Corden. To their surprise, they felt like they had known one another for very long. They talked and talked throughout the night and never ran out of things to say. It was during this moment that James realized that Carey was more to him than a person with whom he was spending the night in a fundraiser with- he wanted to spend the rest of his life with her! Even when Carey got back at him by dismissing his flattering comments about her beauty, he told her that he had never in his life said those to anyone. 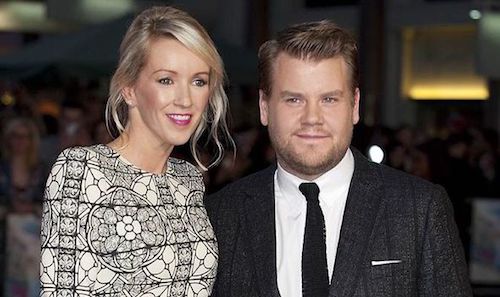 Julia came into James' life as the light he needed to see that his relationship and intended marriage with Smith was nothing but toxic.

Not a long time after, the two got married in an intimate ceremony in 2012.

1. They chose one another within 30 minutes 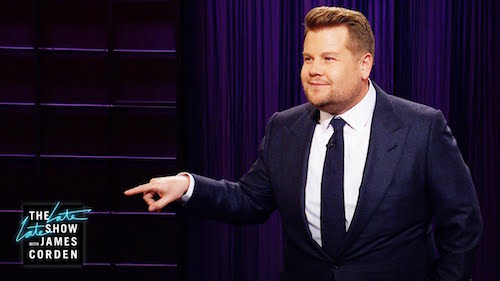 The night the two met, they got along so well that it did not take a lot of time for them to choose one another. James remarks that the day they were introduced to each other by Cooper, he felt the spark between them. Maybe this is why Carey, who had never met James before, easily accompanied him on his remote table. And it is during that same time that they talked about their future together. Within half an hour, James had made up his mind about this woman he had just met.

2. They are friends with the royals and attend their events 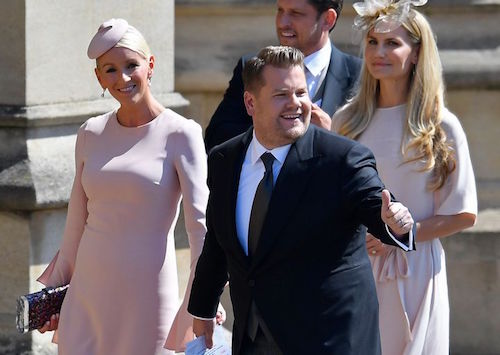 By virtue of being talented British nationals, their combined contribution to television has been acknowledged by the Royal Family. They were one of the few guests who attended Prince Harry’s marriage.

3. Corden proposed to her when they became pregnant 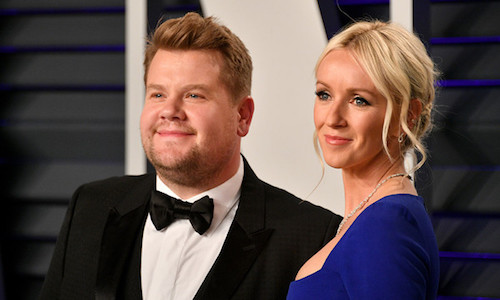 James popped the question when they were expecting their eldest child, in 2010. Carey had no doubts about him. She knew the man inside out and since they were already pregnant, she was more than delighted. Her answer was not a surprise for many. The two got married in 2012. 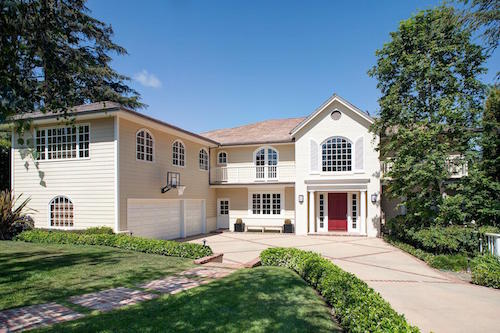 Despite having deep-seated British roots, due to the nature of their work, they had to move out of the country. They bought a lavish residence in Los Angeles to simplify their professional and personal lives. 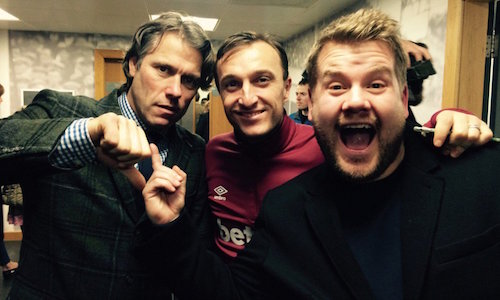 Having lived together for a considerable time in Liverpool in the UK, the couple surprisingly is not linked to the local football team, Liverpool. Instead, they are die-hard fans of West Ham United. They regularly attend all major matches and have a fun family time during game nights.

Current Status of Both of Them 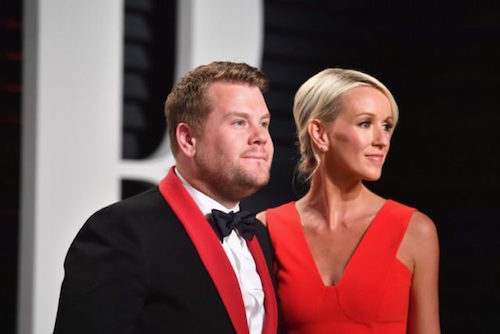 Currently, they live in Los Angeles and are working on multiple projects separately. As of 2020, the charming couple has a combined net worth of $12 million. The huge sum does not come as a surprise as they have tried their luck in many fields of show business and have emerged victorious from all of them. All the shows they have partaken in and the work they have produced earned them innumerable accolades in both the UK and the USA.

They are currently entering the 8th year of their blissful marriage and are only falling deeper in love. James does not spare a moment to praise his wife and Carey too makes sure that she is always with James in all the important events of his life. 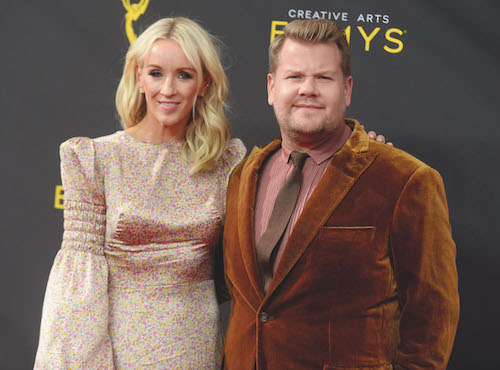 They are parents to three children: the first-born is a son named Max followed by two cute little daughters Charlotte and Carey. Both of them have made sure that their family shares adequate privacy away from the paparazzi. Carey is so private that despite sharing a celebrity status with her husband, she has all her social media accounts unavailable to people besides her friends and family. 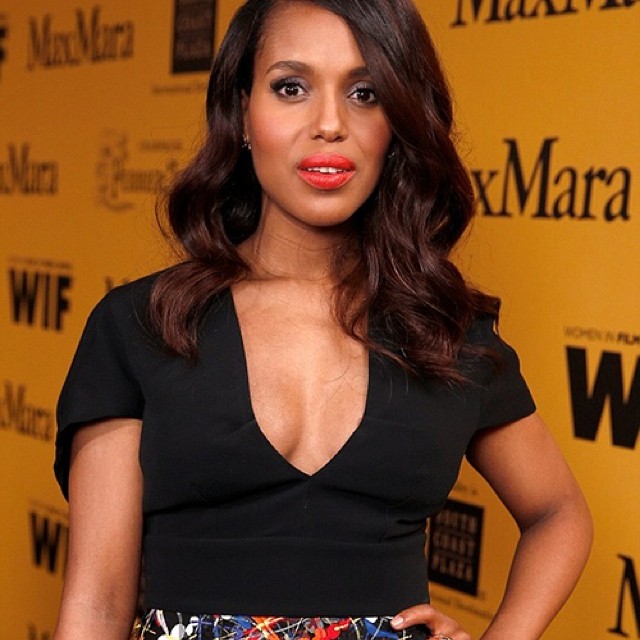 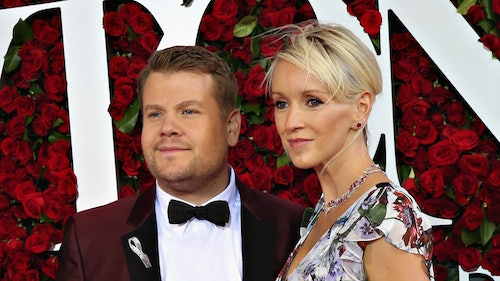 James Corden and Julia Carey together make an invincible power couple. Their ever-growing love for one another, successful careers and happy family life are proof of the strong bond that they share. They might have amassed a great amount of wealth and become one of the most famous families in Hollywood, they still maintain their humility.

We wish them all the very best for the future.