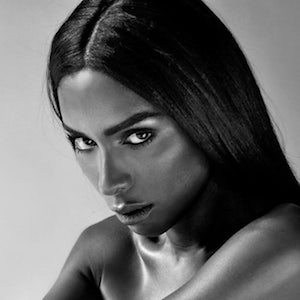 Ines Rau grabbed the headlines when she was featured in Playboy as the magazine's first-ever transgender Playmate. The Parisian-born model is of Algerian descent who transitioned from being male and had sex reassignment surgery at 16. Secretive Ines drew a lot of flak for her Playboy stint, causing furor amongst many subscribers. Not letting the noise put her down, she rose like a phoenix and continued to make her mark in the fashion industry.

Ines walks runways around the world for top brands such as Balmain and Barney's and has done shoots with Vogue and Blur magazines. In an interview with models.com, Ines stated that she wants "to be loved for what I am and what I have been through- without the fear of being rejected."  Lucky for her – she has found it in super hunk Staiv Gentis.  Who is the man who captured the heart of this fashion icon? 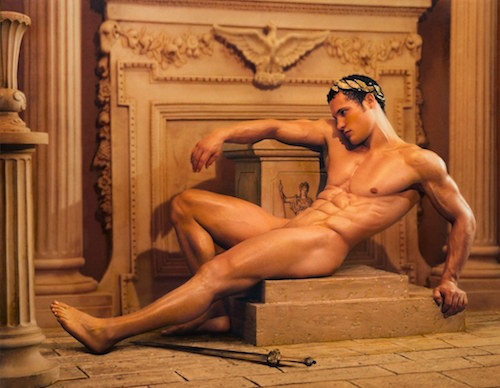 Let's take a look at who this elusive hunk is.

1. He is known foremost as an actor.  He is typical Aries who celebrates his birthday on the 14th of April who is fiery, strong and into non-stereotypical roles and projects. His choices are always out-of-the-box, which is why there is a whole lot of curiosity in this private yet public persona. His latest acting credit is Leatherdaddy where he plays the character of Owen.

This 2019 film is set against a promiscuous house party in heady Paris attended by young adults. Aside from that, he has also acted in the film Du Soleil Dans Mes Yeux.  He considers acting and the cinema to be one of his passions aside from sports.

IN fact, he had taken up perfecting his cinematic craft at the Conservatoire de Paris as well as the Actors Studio in Los Angeles. Stair played the role of a control room soldier in the Rihanna-starred movie Valerian and the city of a Thousand Planets. Although the role was not major, it provided him with good Hollywood on-screen exposure. It was a 3D science fiction space opera that also starred Clive Owens and Cara Delavigne.

2. Health and fitness leading into sports are another of Steve's passions. The strongman also earned his chops in the world of bodybuilding.  He competed in the 2012 MUSCLE MANIA FITNESS EUROPE CHAMPIONSHIPS in Paris, France. He placed second after the contender from Bosnia and Herzegovina, Adis Jakic. He has continued to be active in Mixed Martial Arts presenting a repertoire "Best MMA Techniques" at the 34th Martial Arts Festival in the first quarter of 2019. 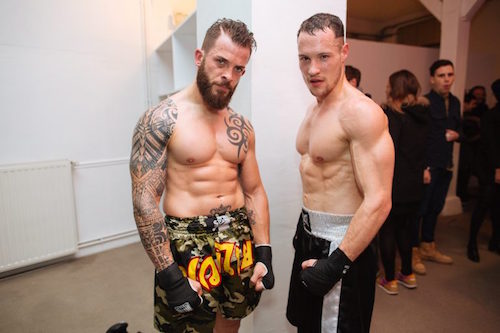 His fitness credits include being the personal trainer of Parisian celebrities. His clients include the likes of Givenchy creative director Ricardo Tisci, fashion designer Marc Jacobs and the spouse of Rick Owens, Michele Lamy.

When Mixed Martial Arts moves are weaved into tango, you will find Staiv front and center.  Always a lover for the innovative and creative art presentation, he starred in the testosterone-charged short film Sangre Tango as one of a pair of well-built hotties who navigate from boxing to dance.  It is worth watching the full five minutes to see snippets of grace and poignancy amidst awkward tango maneuvers and boxing moves that elicit eroticism in the viewer.

3. With his handsome good looks and well-built physique, modeling for Staiv is not far behind.  Aside from being present on various spreads in print and online media representing several brands, the muscleman has also posed paintings and sculptures. He had been working as a model since 2008 and has posed for themed paintings.

In an interview with Le Curiex des Arts, Staiv revealed that he has posed as the Silver Surfer in a painted rendition of the Marvel series character and King Solomon. The most interesting would be the piece dubbed "Adam's Sin" which he, of course, depicts the first man with Eve posed by none other than the love of his love, Ines Rau. 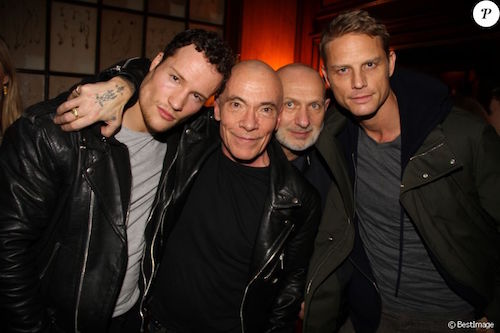 4. It seems that Staiv is turning into quite the adrenaline junkie. Staiv is currently into skydiving where he has taken plunges with Paris' Skydive Royan. He is a heart-racing bundle of sexy as he poses and smiles before fearlessly jumping off as shown on his Instagram.

Is it a surprise that Staiv has also conquered the GR 20, considered to be the hardest and toughest trail hike that crosses the European continent? Staiv posted a picture of himself on Instagram midway into the hike atop the beautiful mountains of Corsica, where the trail traverses.

5. He is a boxing aficionado – from shadow boxing, kickboxing, to mixed martial arts, Staiv's fitness streak never ceases to amaze. He maintains a punishing fitness routine which he shares across his social media. 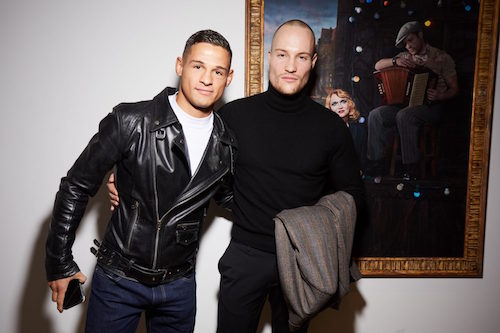 6. Recently, Staiv has taken to natural healing and has been doing yoga as part of his health regimen. While in Khao Raa, Thailand, Staiv encapsulated his thoughts on Instagram: "Mother Earth heals us, all forces and remedies are in Nature. Let's break down the pharmaceutical lobbies…. Our ability to self-healing is extremely powerful."

7. In an interview with online spread DTK men, Staiv reveals that his teenage years were fraught with trouble as he resisted authority and tried to buck the educational system.  It was sports and training that serves as his salvation. Staiv gravitated to boxing which served as a great outlet for his youthful frustrations.  He considered the combat sport symbolic of facing the fears and doubts in his life and conquering them with training.

Whatever endeavour in front of this resilient man, he pours his wholehearted effort and focus.  He declared that concentration, which he acquired through years of selflessness, determination and perseverance, have brought him to this place of growth and achievement that he is now currently in.  He continues to push the boundaries of art, sports and fitness with his novel pursuits, carving a solid reputation among his peers. Adventure, adrenaline, acting, Aries, Staiv Gentis definitely gets an "A" with his growing fanbase all over the world. 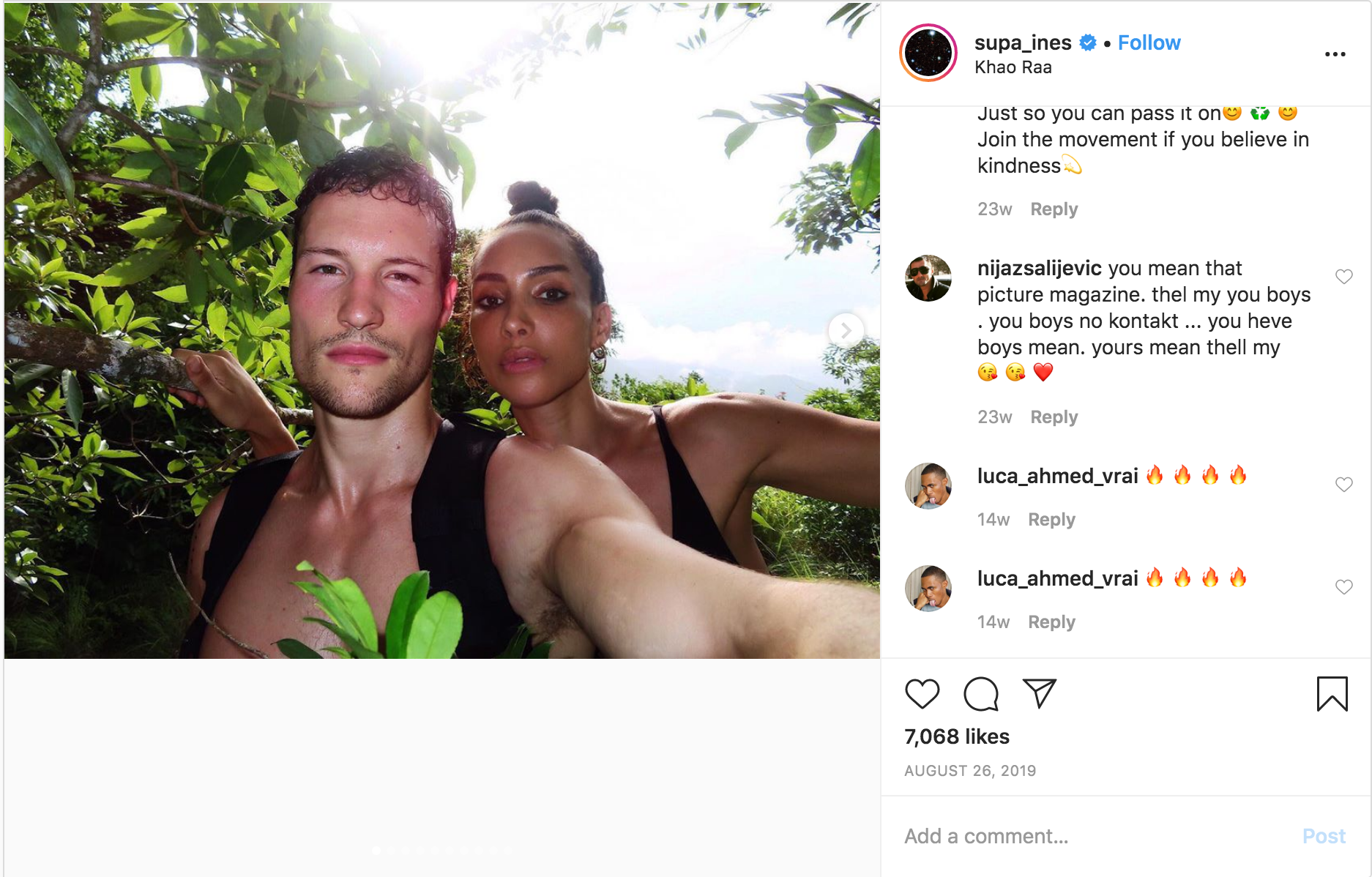 There have been all sorts of speculation in the current status between Staiv and first transgender model Ines Rau.  However, we have managed to dig up some very interesting puzzle pieces.
MUM's the word.  Everything has been hush-hush with the two.  There are no flashy entertainment interviews. However, some lovey-dovey snaps together can be found from time to time in their social media accounts. They have been in fashion events and cosying up in Paris' hotspots.

They've been to Khao Raa, Thailand together, enjoying the natural views and each other's company! These similar postings across their social media are subtle and meaningful, consistent with how they have dealt with their personal relationship in the media.  Followers are titillated by these posts filled with undercurrents of love.
Instagram

On a recent post (mid-2019's) on the social media platform Deskme, Staiv posted a cool and handsome pose pre-skydive looking giving Matrix meets Men in Black vibes, although he was electric in his black and blue skydiving suit.  What tickles our minds is the top comment from Ines Rau's PRIVATE Deskme account of 3 fire emoji's. Hmmm, it smells like a fire is still burning somewhere!

Ines has recently been interviewed and said she really wants to break into the film industry and be an action star.  As she is a martial arts enthusiast herself, it is no surprise that her fitness passions are with boxing, kickboxing, Thai boxing and "the full contact" of the sport. Is it safe to conclude now that a couple that stays fit together, stays together? 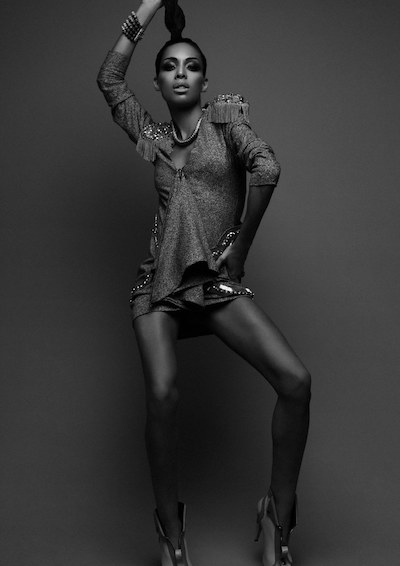 With many eyes on what Ines Rau will be up to next, Staiv Gentis will always be just a step behind.  He is a supportive partner yet never just a mere shadow. While many would grab the free ride on the coattails of a celebrity, this French muscleman is carving his way with his passions on his own merits and talents.   Safe to say, we can call this a case of love.  Together, Staiv and Ines are a unique power couple which continues to inspire many fans worldwide.