What is Stag and Vixen?

In this scenario, the husband encourages and cheers on his wife or partner and her lover ( known as the bull). The stag finds gratification in the fact that his wife is desired by other men, in other cases, the woman goes out and has sex then when she comes home, she recounts everything to her husband. This practice is most often a one-way street, meaning it is very rare to find cases where the woman enjoys watching her husband with another woman, it is always the other way around.

Ironically, couples who practice stag and vixen fantasies consider themselves monogamous, they have set boundaries and guiding rules and anything outside of these boundaries is considered cheating. It is unacceptable for one partner to hook up with someone without the permission and approval of his/her spouse. Most stags are never interested in getting with other women, all they want is their spouse especially after she has been with someone else. Even though the idea of sharing your wife seems so far fetched for most men, men who agree to it are becoming more and more common. There has been a recent surge in the number of people who have taken up stag and vixen practices and the numbers don’t look like they will be going down any time soon.

How it became the latest sex craze

As contradictory as it may sound, this practice is connected to the male ego, for example when a man has a hot woman on his arm, he wants to show her off, he is proud of how sexy and beautiful she is; turned on by the fact that other guys may admire her but she belongs to him. It is the same concept that has been taken a step further to involve sex. No matter how good the man the vixen has sex with is, at the end of the day her husband comes to claim her.

Why people enjoy this? 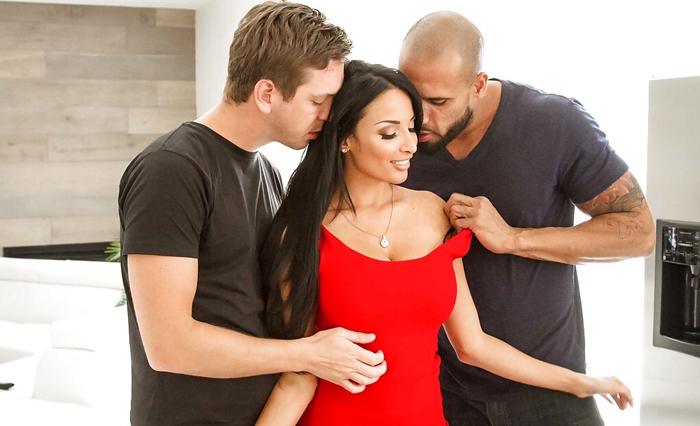 Adepts of this lifestyle claim that it greatly improves their sex life, they say it’s incredibly good for stamina and sperm count. Researchers say it's true and they believe there’s a biological explanation to this high sexual drive and it is called Sperm Competition. After a man watches his wife have sex with another man, he is biologically prompted to claim his wife and outperform the other man. This causes the husband to have a harder erection, a higher sperm count, and to ejaculate harder than normal. All these add up to create a  more vigorous sexual experience.

Stags and vixens testify that this practice builds trust and eases communication in their relationship. It makes it possible for couples to open up to each other about everything, including their wildest fantasies and deepest fears. Everything is discussed openly without fear of judgment. When it comes to trust and honesty, they totally and completely rely on one another to respect their various comfort zones and always find common ground.

It is also believed that this sexual craze comes with some kind of female empowerment, the rationale here is that a woman who is confident enough to have sex with multiple partners or with a stranger under the watchful eye of her husband is as liberated and free-spirited as it gets. Most stag and vixen couples express powerful feminist principles and the husbands feel their wives have become much more confident, undeniably sexier, and independent as a result of having sex with other men. As for the man, it makes him feel powerful and successful in that he has a sexy wife other men could kill for.

Bisexuality is also another reason this practice has come to the limelight, for some couples the husband could be bisexual or in the closet and uses this practice as a cover-up for his attraction to men. Bringing another man into the couple's bed could be a pretext to satisfy bisexual urges the husband is not ready to admit, this can be easily recognized if the husband decides to choose the man his wife will sleep with according to his personal preference and not his wife’s.

From a purely medical standpoint, it is as healthy as any sexual encounter, it does not provide any risk different from a single lady having sex with a guy she met at a bar or on Tinder. It is also a healthy option for husbands who are suffering from physical health issues. A man might be too disabled to sexually satisfy his wife so he’ll opt to let another man do the job to keep her happy. The husband's inability to meet his wife’s sexual needs could motivate him to authorize other men to sleep with his wife. And he could choose to participate, to watch or not, making it unusual but not unhealthy.

On the other hand, there are couples who get into this kind of practice for completely unhealthy reasons, misogyny, for instance, is one of the reasons why a husband will let his wife sleep with other men and this is not psychologically healthy at all. For some couples, the husband may see his wife as a sexual object, he could take pleasure in degrading and humiliating her by letting her have sex with other men. Such husbands get off treating their wives like trash and controlling them like property and in such a case the woman is not enjoying the practice, she’s simply doing it out of coercion. Sadly enough, there are lots of couples who go through this side of swinging. 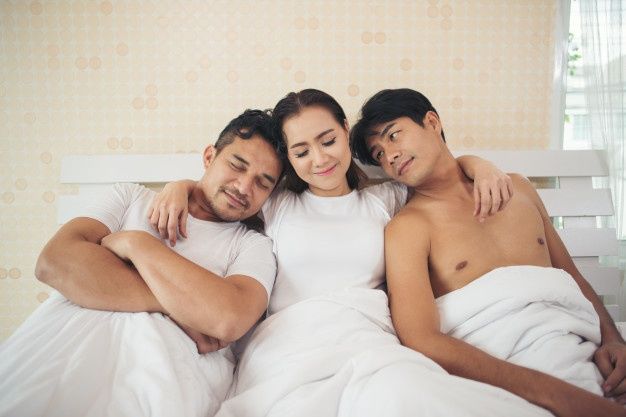 If sharing your partner with a third party is what rocks your boat then, by all means, go for it but you and your partner should agree on the rules and set boundaries you both are comfortable with. Explicit consent should be given by all parties involved and no one should be coerced or feel compelled to participate. This is not the kind of activity you indulge in just to please your partner, you both must genuinely share in this fantasy or it could end up being catastrophic.

Related Article: 7 Signs that a Throuple Relationship May Be Better For You 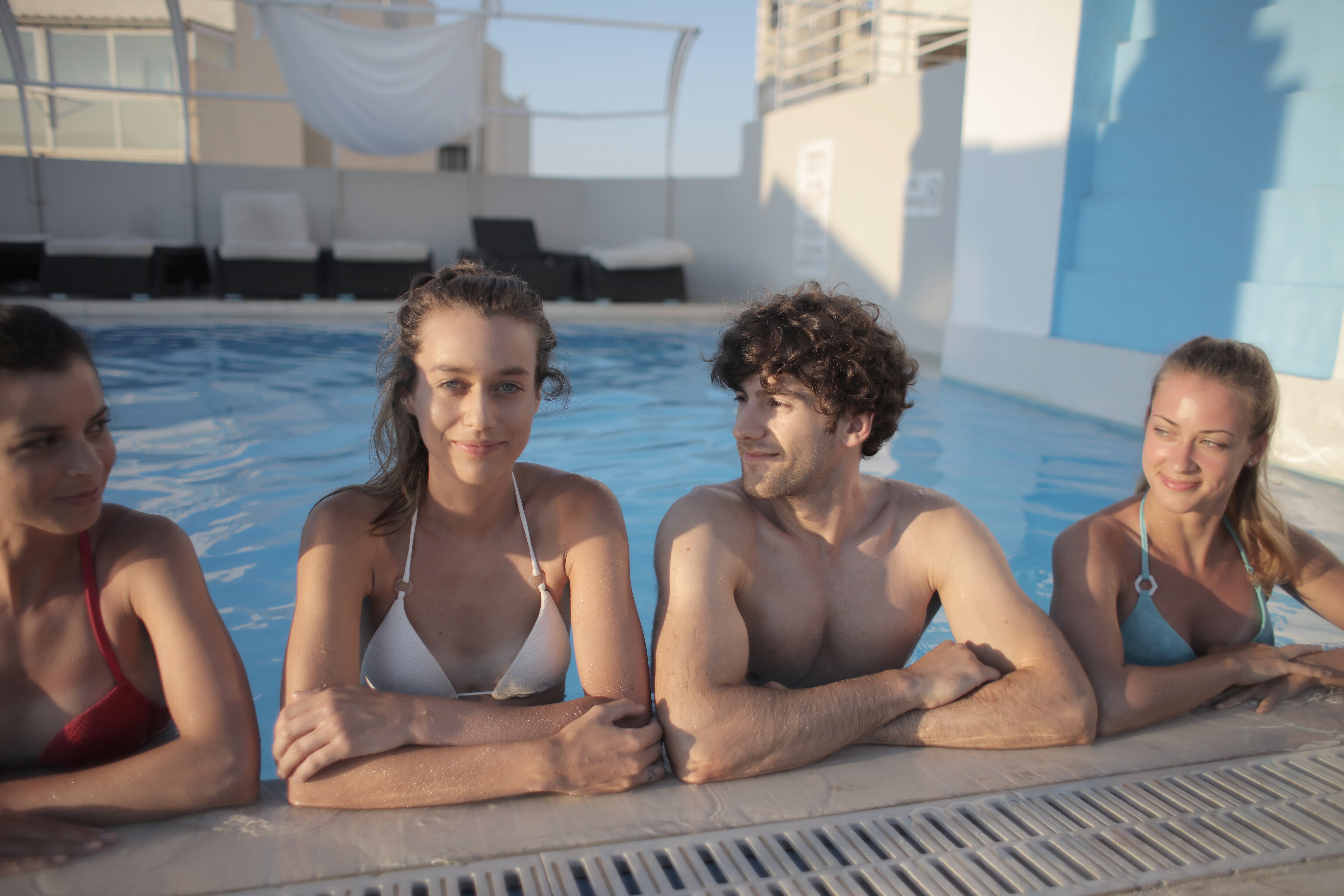 If you are set on giving this “share my wife” trend a shot, always remember to talk out every detail with your partner, setting ground rules and boundaries. Also, make sure you play it safe by taking all the necessary measures needed to bring in the right person into your marriage. Be ready for anything that may arise as you can never predict what will happen when a third party is involved.

A good place to start is with Swinglifestyle the biggest stag and vixen website out there. Make sure both partners are comfortable with whomever you choose and that they understand it is purely a sexual experience and nothing more. Good luck!