First of all, let’s have a brief look at who Kirstin Maldonado is. Also known as Kirstie, she is a prominent American singer who has sold more than six million copies of her albums and has won three Grammy Awards. Kirstin Maldonado is a member of a group called Pentatonix but is currently also working as a solo artist. She began her solo debut in 2017 with a song titled “break a little”, which received a huge response.

She has been in the limelight for her extraordinary and well collaborated live performances. A lot of people are fascinated with her style of singing and lifestyle. It is to be noted that the private life of any celebrity doesn’t remain that private for long. When it comes to her personal life, most people want to know about her relationship status too.

Here we are going to discuss Kirstin Maldonado's Relationship: Everything about Her Man that you need to know. So let it begin.

Kirstin Maldonado in a Nutshell 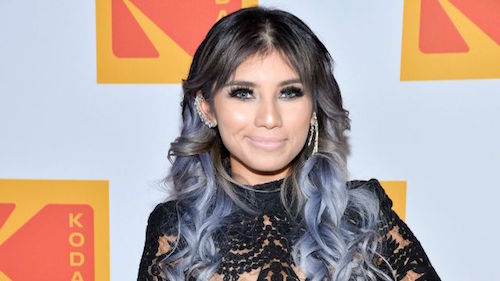 Kirstin Maldonado was born on the 16th of May, 1992 in Texas, USA. Her father is of Mexican origin while her mother is of Spanish-Italian origin. Right from a young age, Kirstin loved singing and expressed her desire to become a part of the local theater. And now she is a skilled singer, songwriter, and musician too. Today she is recognized due to her vocal abilities that have been demonstrated through her group Pentatonix. It is basically a cappella group; well famous for its lively performances. 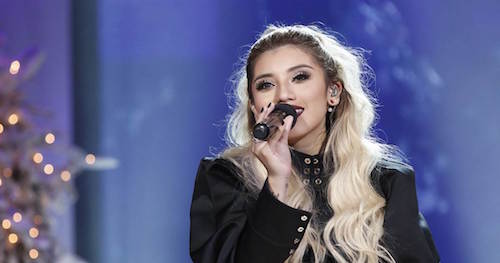 It has been found that Kirstin Maldonado started training for classical music during her high school. Getting trained in classical music helps in developing a concrete base for any singer that tells us why she has an impressive control over her vocals. She was an active member of, for nearly three years, the Texas All State Choir.

Kirstin held different roles during that tenure like stage performance and even production. During her early years, she has performed at the Bass Hall, Theater Arlington and Casa Manana. Such performances helped polish her skills and gain confidence to become a successful singer later on. 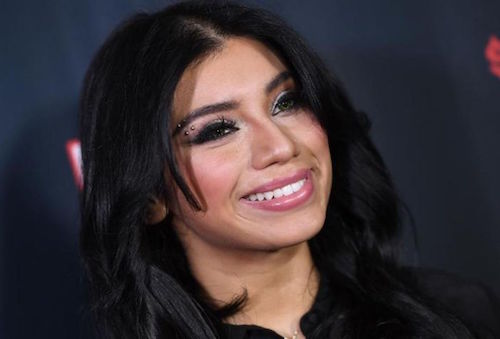 Kirstin went to the Holy Rosary Catholic School and then Martin High School. At the later school, while completing her education, she was also a part of the Texas All-State Choir. She enrolled for her major from the University of Oklahoma, under full scholarship, in Musical Theater Performance. During the course, she decided to make her career instead of completing her degree. That was the point where she quit her education to become a part of the entertainment industry.

During high school, she had the spark of doing something extraordinary to become a celebrated singer. At the same time of her life, Kirstin met Scott Haying and Mitch Grassy and they later formed a trio. Scott was her high school fellow while Mitch was Scott’s best friend. They decided to participate in the local singing competitions. It was their first time and they did not win. But their dedication helped those secure performances at different school events and local shows, where they covered the famous songs. 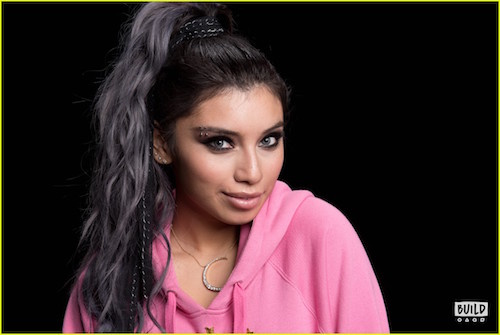 Regarding her professional career with Pentatonix, it has been a huge success. The tracks produced jointly, have remained on the top 10 and top 100 charts for a considerable time period. Even her solo productions have garnered huge appreciation from fans all over the world.

Now, let’s have a look at her personal life. For a short period of time, Kirstin dated Avid Kaplan and after ending her relationship with him, she started dating Jeremy Michael Lewis. 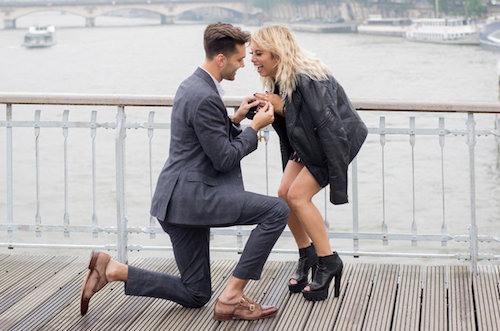 Can you imagine that she was asked out in Paris – known as the city of lights and romance? Kirstin thought that she was going to Paris with Jeremy Michael Lewis for Memorial Day vacation. Little she knew that her boyfriend had a huge surprise for her – something that would change her life forever. At that time they had been dating for 3 years. She was nearly 24 years old at the time of her engagement. 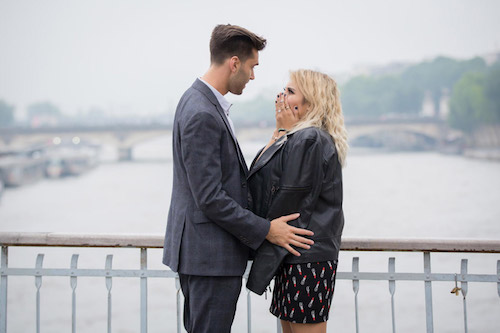 To step up the things there was a lovely proposal post by Jeremy over his Instagram page. You really need to know how he poured his heart out. His proposal had the following caption:

“What we have is special. It’s something I will never take for granted — and although there have been countless times something has tried to get in our way and pull us apart, the only thing that matters is that we never listened. We are here, and each day we become closer, and what we have built together continues to grow stronger”

That’s not the end; he took an oath to stick it till the end.

“You deserve nothing but the best, and no matter what life brings to us, I promise to give you nothing but my best. I want nothing more than to have you by my side for the rest of my life. Our life. Kirstin Taylor Maldonado, my darling, my treasure. Will you marry me?”

“My love, No words could begin to describe the feelings and impact you have had on my life over the past 2 and a half years, but I’ll do my best”

“In august of 2013, I was blessed with the opportunity to meet you, the most incredible woman in the entire world. Since that very day, not a moment has passed where you haven’t consumed my entire being with your love, support, and friendship.”

Kristin was extremely excited. She posted a selfie on Instagram, boasting her beautiful engagement ring. The picture certainly reflected her true state of happiness. Late, she posted the following tweet:

"The greatest thing you'll ever learn is just to love and be loved in return" AT THE MOULIN ROUGE. SO HAPPY. @JeremyMichael22 !!!!!!

Pierre Dorset, a photographer from Paris, captured some really romantic pictures of the couple. It was announced that they would get married at the end of 2017, but the plan was called off. The reasons are still not clear.

Now that you know of their relationship status, let’s have a look at Kirstin’s man – Jeremy Michael Lewis. 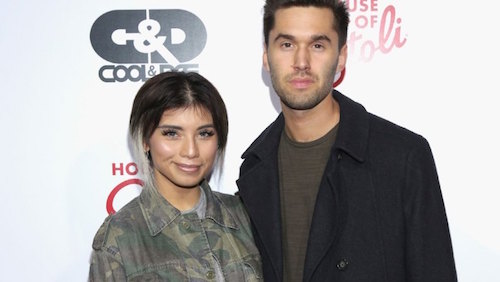 Jeremy was also born in 1992. so they are near the same age. His birthday falls on the 22nd of been found that he was an exceptionally bright student. During his study in the UK, he became the president of the Sigma Alpha Epsilon fraternity. And during that time he worked hard to set up his business.

Later from the Gatton College of Business, he completed his Business Management course. He also had a profound passion for music and expressed his desire, several times, to be a part of the entertainment industry.

As you know that Lewis was a career-oriented person, he started his journey as an entrepreneur from his college time. Currently, he is the Vice President of Kaster – a content broadcasting company. He also has his own firm called Platobrand – it provides digital marketing strategies and solutions for small businesses and social media influencers.

Jeremy loves singing and that’s the reason, he has been associated with Kirstin Maldonado. He is an extremely versatile singer and a musician too. His viral hit composition – Disney Love Medley – earned him considerable praise. Life has been an amazing journey for Jeremy, as he has managed his passion and career side by side and is considered to be successful in both areas.

Net worth and social media 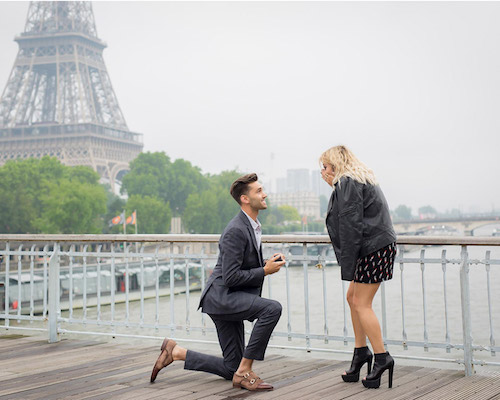 It has been estimated that the total net worth of Jeremy Michael Lewis is above 700 hundred thousand U.S dollars. And it has been mostly accumulated from his firm and company – as his major source of income.

Related Article: 20 Creative Ideas and Ways To Propose To Your Girlfriend 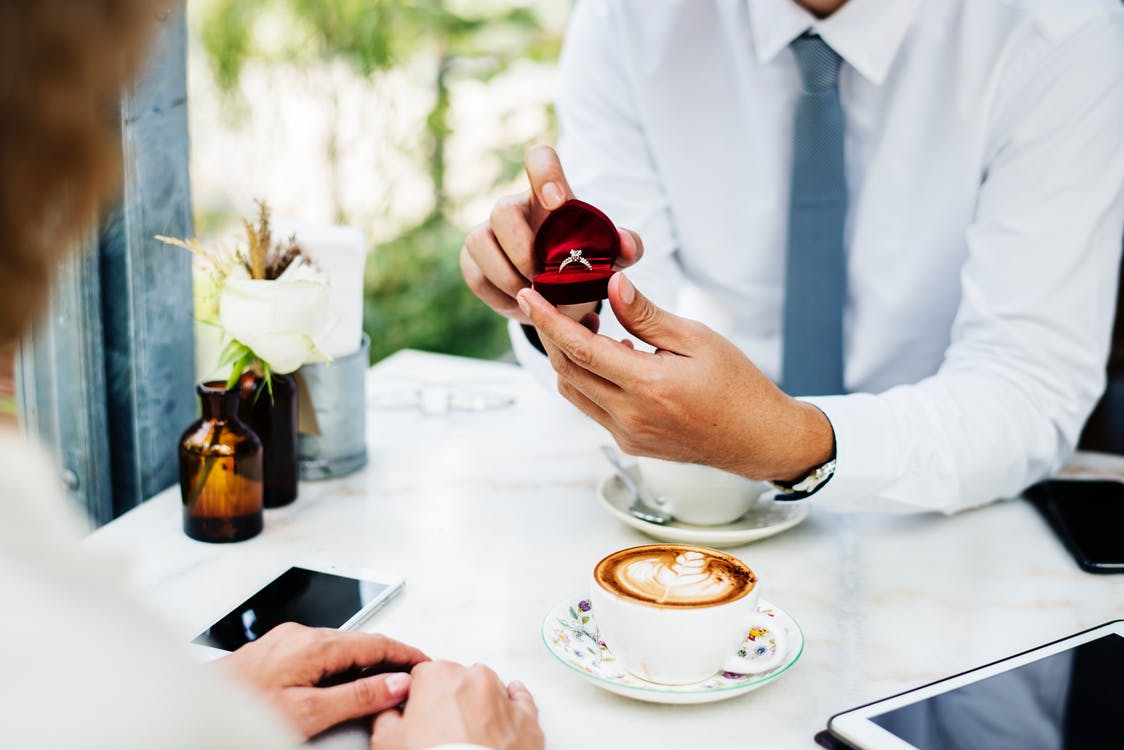 Jump on the bandwagon with these creative ways to propose 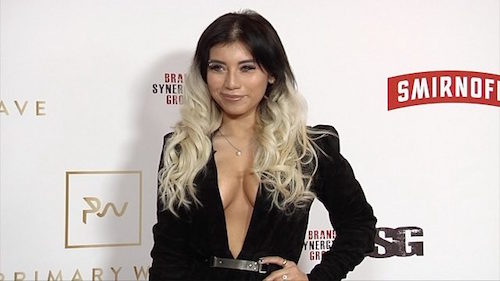 What we can observe from the personality of these two people – Kirstin Maldonado and Jeremy Michael Lewis is that both of them had a passion for singing since their early ages. They wanted to be recognized as good singers and they are exceptionally skilled too. They had the same passion and that was the reason for them to fall for each other and get engaged. As of now, they are not married yet with news of postponing the wedding and split. We wish otherwise and hope to see them continue to grow together.