Usually, an age gap between couples can spell disaster. Not so with Gal Gadot and husband Yaron Versano. Versano knew wife material when he saw it. For Versano, the 10-year age gap spurned him to accelerate the courtship process. Gal Gadot and husband Yaron Versano met on a retreat in the Israeli desert in 2006. It was love at first sight for the power couple. Stranded in a strange desert party, the couple were drawn to each other immediately. In fact, Gadot and the handsome business mogul Versano were less focussed on the yoga and health food aspect of the trip and more intent on the chemistry they had found one-on-one. Being slightly older, Versano saw his future wife before him and told Gal Gadot he would only wait 2 years before proposing. Versano knew what he wanted and with Gal, taking the risk to reveal his feelings to someone so much younger was essential. Gal herself admitted as much in several interviews on the topic; she didn't know if she was ready for marriage, or if he was THE one. Yaron Versano didn't see Wonder Woman; he saw his legacy, first as a husband and then as a father. True to his word, he proposed exactly as he said he would and the couple tied the knot in 2008, in a quiet ceremony. 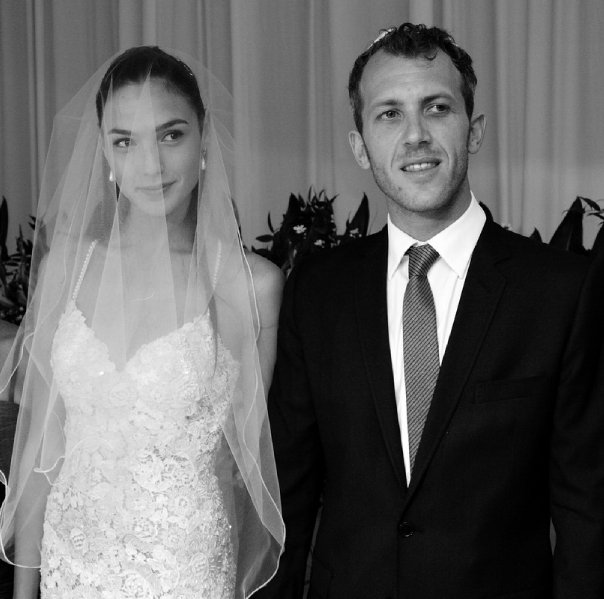 Gal Gadot met her husband, successful Tel Aviv real estate developer and businessman Yaron Versano at a yoga retreat/desert party and the couple have been together for 10 years. Husband Yaron Versano popped the question within 2 years of knowing her and despite their 10 year age difference, the couple are more in love than ever. He knew she was the one, before she did.

"We met nearly 10 years ago through mutual friends at this very strange party in the Israeli desert. It was all about yoga, chakras, and eating healthy — we didn't exactly find ourselves there, but we found each other."

Yaron Versano is successful in his own right. The Israeli businessman was self-made as a real estate developer in a business he co-owns with his brother. Being secure in himself means that he's happy to play 2nd string to his now VERY famous wife, Gal Gadot. They had their first kid, daughter Alma in 2001 and the 6-year-old is being shown firsthand what a father and husband can be. Yaron Versano and Gal Gadot welcomed second kid, Maya, now 7 months, in March 2017. Versano and Gadot completely share parenting duties and when Gal Gadot is on location shooting Wonder Woman and fulfilling her contract with Warner Brothers on the DC roster that has Wonder Woman as either a sidekick or the lead in the upcoming Wonder Woman 2, Yaron Versano happily plays the doting dad to his children. If you look at Yaron Versano, you will see nothing but admiration for his wife and children on his Instagram account. Not many men have the security within themselves to let their partner ostensibly outshine them, but Yaron Versano is a quiet achiever by nature, building his real estate empire and being the bedrock for wife Gal Gadot to spring off from. Deep down, Yaron Versano knows that family is everything; that is his and wife Gal Gadot's core value. It is on that basis they teach their daughters how the sacred feminine is to be honored by the father and the mother first and then, society as a whole, by their example.

"I think I [knew he was the one], but I was too young to get it. He did. He's 10 years older than me. He told me on our second date he was serious and wasn't going to wait more than two years to ask me to marry him. Fast-forward two years; he proposed. We were married in 2008."

Repost from @justiceleague: You can’t save the world alone. The cast of #JusticeLeague unites in Hall H TODAY. #WBSDCC 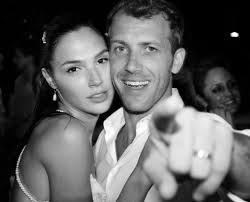 3. Yaron Versano Is A Hopeful Romantic

There is such a thing as chemistry and Yaron Versano and Wonder Woman, wife Gal Gadot, have it in spades. After 2 kids and a transglobal lifestyle, the couple is more in love today than they were yesterday. Versano encourages Gal to go for her dreams and knows that as a family unit, they can figure out the logistics. It's just lovely to see a man allowing his wife to remain unfettered by stress. Movies take months to shoot and involve extremely long days of work. Without the love and support of a husband or partner, the burden can be immense for an actress. It gives us all hope that a marriage can be all for one and one for all, instead of all or nothing.

“10 years have gone by, yet it feels like yesterday we first met. My heart will forever beat to the sound of our love." 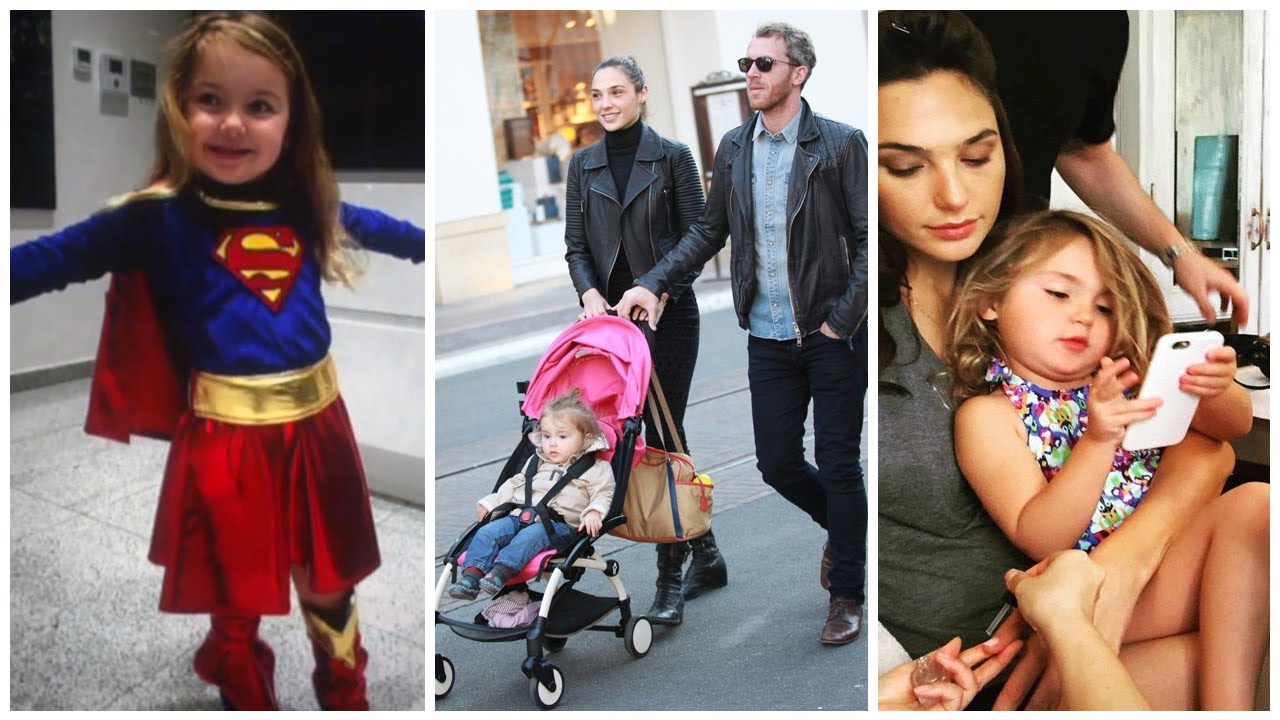 Yaron Versano and wife Gal Gadot have the cutest family EVER. His strength and business acumen give Gal the courage to pursue her ambitions without guilt or remorse - or at least his hands-on approach to kid care alleviates the psychic burden that all mothers feel when they are away from their children.

4. For Yaron Versano and Gal Gadot Honesty IS The Best Policy

First of all, Yaron Versano is a grownup - the gentleman is 42 years old. Once a human being reaches a certain age, male or female, a threshold is crossed: maturity. For Yaron Versano, the very definition of success is not only in business but with his wife and family. The example that Versano and wife Gal Gadot set for themselves and model for their children is absolute honesty. They have built their trust in each other over the 10 years of their relationship and you can see it reflected in their behavior, both in private and unguarded moments or on the red carpet. The couple has a "no games" policy. They journey through life in tandem and have agreed to put their family FIRST.

Love you every day of the year ❤️ #mylove #happyvalentinesday

"Both of us said, 'No games. Let's just be honest and keep it simple.' I wouldn't be able to do what I do without him. Family still has to be the first priority."

5. Yaron Versano Has The Net Worth Of A Mogul

Yaron Versano has a net worth in the millions. Yaron has an understated personality - there is nothing he needs to do to show off. He KNOWS he's his own man and doesn't need to toot his own horn for validation. Actions speak volumes. In 2015, Yaron Versano's net worth took a huge leap upwards BEFORE wife Gal Gadot's success as Wonder Woman. Versano owned "The Versano Hotel", a hot spot in Tel Aviv. In 2015 he sold it to Russian businessman, Roman Abramovich for a cool 100 million Israeli shekels. That's £17.1 million, or US$26 million. Wow. In addition, it appears that Versano and his brother Guy own multiple properties in Tel Aviv. Going as far back as 2006, Yaron Versano sold one of his properties, "The Cherlouche House", to wealthy businessman Marius Nacht for $16 million. Safe to say that the combined net worth of Gal Gadot and husband Yaron Versano is over a comfy $10 million when taking into account the sale of the hotel, other properties, and Gadot's movie success as Wonder Woman.

There is nothing more beautiful than the marriage of TWO EQUALS. That is what Yaron Versano and wife Gal Gadot represent in private and to the public. For Versano and Gadot, it stands to reason that they are a feminist unit. There is NO competition; just unity. And that is a rare gem. Their yin and yang has a healthy flow and permeates every aspect of their family life and business life. The couple has no misconceptions about their life's purpose, nor do they carry insecurities that often burden western families. Coming from the same culture also helps a young married couple to succeed as well. Similar backgrounds mean an ease of communication and co-parenting, along with balancing the business side of life as one strives for success. Both Yaron Versano and Gal Gadot served 2 years in the Israeli army and the character-building that comes from that mutual experience forms a solid basis to endure the ups and downs of life in general. Military training also breeds a quality in a person that happens as a result of compartmentalizing tasks and fear. Israel was forced to militarize their peaceful Jewish people, after being besieged by attacks on many fronts. When you grow up in that environment, a certain "get on with it" mindset occurs as a result. For Yaron Versano and Gal Gadot, they understand the privilege of being able to travel the world together, along with their daughters. Being well-traveled allows the entire family to be open to all new experiences, as well as embracing different cultures and speaking multiple languages. So, when Gal Gadot expressed concern for her young daughters being uprooted and what it would mean to their development, Yaron Versano was able to remind Gal of who she is, or rather, who THEY are. Together, they can solve any problem and traverse any obstacle. Life is too short to be lived in fear. There's an old Spanish saying: "Una vida vivió en el miedo es una vida mitad vivía." It means: "A life lived in fear is a life half-lived." With that in mind, Yaron Versano became the voice of reason and he reminded his wife Gal Gadot of the importance of the return to self, to embrace one's truest nature. An Israeli is a strong character. Nothing is impossible. All one has to do is apply oneself to the task at hand, one moment at a time. To that end, the young family travels the world following Gal Gadot's luminous career as an actress on the verge of even more breakthroughs after Wonder Woman. Just like when they met 10 years ago, Yaron Versano is making space for not only his beautiful wife to succeed, but for his two young daughters as well. In them, he again is revisiting his soul's legacy: family is EVERYTHING. Kudos to Yaron Versano for being himself and nourishing the women who are so very important to him: his wife and kids.

"There are such misconceptions as to what a feminist is. Feminism is about equality. I want all people to have the same opportunities and to get the same salaries for the same jobs. I realize I'm doing what I want to do because of the women before me who laid the groundwork. Without them I wouldn't be an educated working mother who is following her dreams; I wouldn't be here."

10 years have gone by, yet it feels like yesterday we first met... My heart will forever beat to the sound of our love ❤ Gal Gadot Varsano 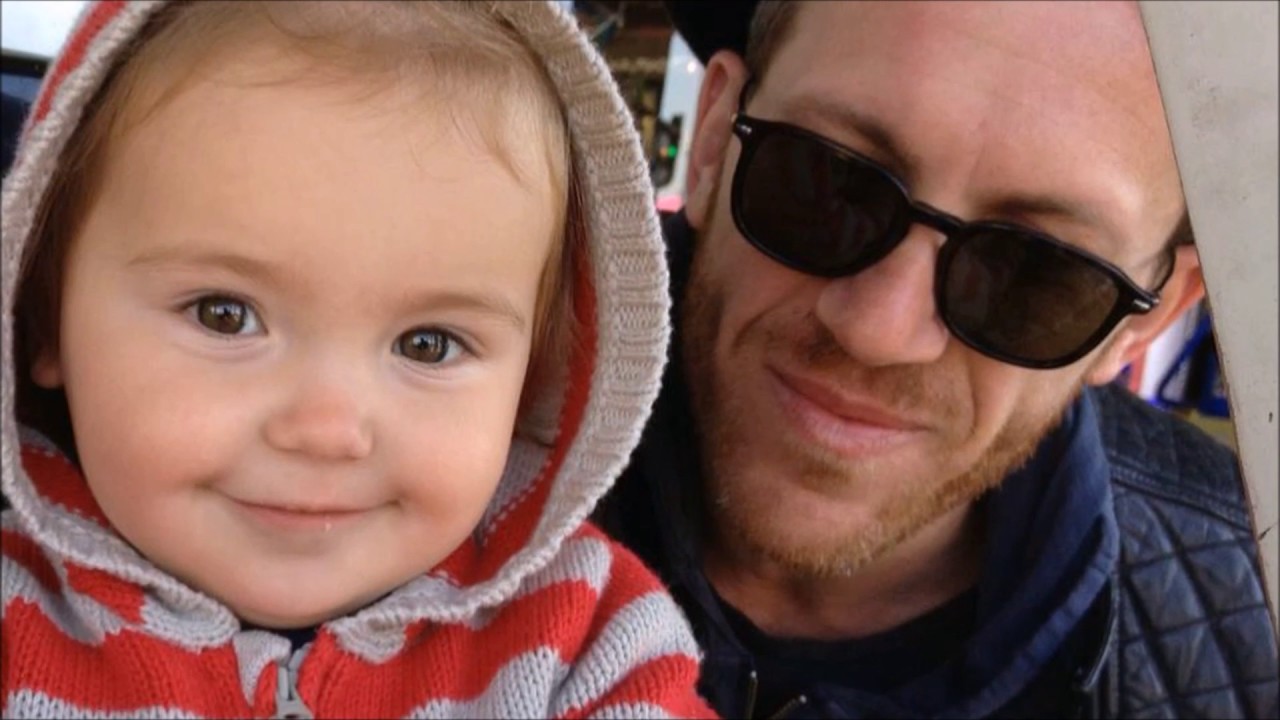 Businessman husband Yaron Versano and Wonder Woman's Gal Gadot have the right idea about the strength that comes in life from building a cohesive and connected family. As they give each other a leg up over the hurdles of life, it's a reminder that these are worthy goals for all of us to have.

"It was my husband who told me to think about what kind of a role model I want to be. (He said) if you want to show Alma that she can follow her dreams, that's what you should do, and we will figure out the logistics."

Gal Gadot on her feminist husband and businessman's advice on her concerns about Alma.

And then we were four... She is here, Maya. I feel so complete blessed and thankful for all the Wonders in my life #family #newborn #grateful