The zodiac comprises of the twelve signs that make up the horoscope. These signs are based upon different months – basically corresponding to the earth’s movement around the ‘heavens’. The signs rely on constellations that outline the path the sun follows over a year’s timeframe. You may be familiar with astrologers using different terms and phrases to describe the different phases and cycles of the solar system – for example, “the sun is in Gemini and the moon in Aquarius” – these terms and phrases related to the position of the sun relative to the respective constellations. You may be familiar with the term ‘horoscope’. A horoscope is an astrological chart that represents the respective positions of the sun, the moon, and the planets relative to an individual’s date of birth. Coming back to our topic, now that we’ve understood the basic crux of what zodiac is – let’s talk about how and why zodiac signs possess unique attributes and superpowers.

Zodiac signs have a lot to do with the subconscious makeup of an individual. They play a vital role for when it comes to the personalities and natures of individuals that fall under a unique zodiac – for example, it would be safe to assume (thanks to years of research) that Leos tend to share similar, if not the same characteristics that build up their personalities. Hence, we can state that a person’s zodiac-related superpowers are set upon the most dominant personality traits that formulate their cosmic configuration – and if used wisely and accurately, these personality traits can become an individual’s superpowers.

Before we move on, it’ll be wise to point out that these ‘superpowers’ are based on mere similarities within a group of people – everybody is unique and thus we human beings don’t fall under a rigid set of boundaries that include some and exclude other characteristics. If you feel like your qualities haven’t been mentioned below, don’t worry! You just proved to yourself that you’re unique. Whatever superpowers you have, we wish the best for you and hope that you can conquer your world, one star at a time! Now that that’s out of the way, let’s begin this cosmic journey into what makes you, you!

Superpowers Based on Your Zodiac Signs

Aries possess an unlimited amount of strength, which makes it a piece of cake for them to take on physical challenges that the other signs wouldn’t dare pursue. People who fall under Aries make it a point to stay active (however they sometimes end up working a little too much). Nevertheless, their strength and determination foil their active and self-motivated character and their regard for a physical drive. All we can say is that dear Aries, no one would be able to defeat you in a fight – just make sure you use your power wisely!

Taurus possesses the unique ability to control the weather (atmokinesis). As Taurus is an earth sign, it isn’t surprising to discover that their superpower lies within the very realm of the earth itself. Moreover, Taurus possesses the unique ability to stay in sync with Mother Earth and have deep compassion for nature – whether it be gardening or farming – anything that lets them use their hands and feel the earth is a Taurus’s forte since they acquire a deep understanding of the very soil they walk upon. Atmokinesis would further accentuate this superpower, enabling a Taurus to not only have a connection with the soil under their feet but also have a link with the clouds above their heads. When a Taurus unlocks their superpowers, snow in August and sunny days in December won’t be a big deal to them.

Geminis are an air sign, which makes them extremely sensitive to all facets of the mind. Moreover, Gemini is ruled by the planet Mercury, which makes them retain exceptional and unique insights related to communication. When their superpowers are fully unleashed, Geminis can take their understanding of communication a step further and possess the ability to read people’s minds (telepathy). While reading someone else’s mind may creep out other signs, our curious Geminis would be thrilled to embark on this exciting journey. Shh – just make sure nobody finds out!

Possibly one of the most emotionally-aware and sensitive among the zodiac signs, Cancers are driven by emotions and sentiments – so it isn’t shocking to reveal that their superpower lies within the brain itself. Unlike Aries, Cancers won’t rely upon physical combat to take down someone they have beef with, they’d rather take over their minds (who’s the boss now?).  With the help of mind control, Cancers can pretty much do anything to a person – whether that be something good or bad – so make sure you aren’t in a Cancer’s bad books.

Leos are known to be loving, jovial, and self-confident. Leos are highly confident members of the zodiac community and once they make up their minds about something, you can’t do anything to make them change their views. Speaking of which, Leos believes that the laws of science don’t apply to them as they do to the rest of the zodiac signs. Thus, it isn’t alarming to state that telekinesis is Leo’s superpower. Leos believe they can manipulate time and space into moving things their way (no pun intended).

Similar to Cancers, Virgos are emotional beings who have the unique ability to detect various forms of energies, whether good or bad. Their highly sensitive nature forces them to hide away in their shells, making them the least sociable of the zodiac signs. Thus, we can confidently state that force field control is a Virgo’s forte. With this unique ability, Virgos can protect themselves from the outside world by locking themselves up in their safe place. Don’t mess with a Virgo, you’re simply wasting your own time.

Like Leos, Libras are amiable, social, and self-driven. Due to their friendly nature, Libras don’t appreciate falling into dramas or confrontations and if any such event ever occurs, they simply hide behind a curtain of invisibility. Libras seldom use their superpowers since they love interacting with their fellow friends and family members – however, it wouldn’t take long for a Libra to disappear into thin air if they ever get caught up in a complicated situation.

Recognized as the most ‘mysterious’ of all the zodiac signs, its safe to say that a Scorpio’s superpower is intangibility. They’re one thing on the outside and another on the inside – because of this, no one can know what’s going on inside a Scorpio’s head. Intangibility provides a Scorpio with the power to create their world, without having someone interfere with them. Moreover, it adds in an air of mystery surrounding a Scorpio’s aura. Don’t ever assume something about a Scorpio – most of the time, you’ll simply be wrong.

It’s no secret that Sagittarians love to travel and they value their freedom greatly. Having said that, a Sagittarian’s superpower is unsurprising, teleportation. Sagittarians can easily transport themselves from place to place once they figure out a way to unleash their powers. Such a unique superpower allows for a Sagittarian to explore the world whenever they feel like it (with the added benefit of never having to renew their passports).

Many consider Capricorns to be the “goody-two-shoes” of the zodiac. They’re highly disciplined, responsible, practical, and punctual individuals who don’t have any tolerance for nonsense. Of course, a Capricorn will always be in for a laugh, but when the time comes (remember we said they’re punctual?) A Capricorn’s superpower is their invincibility. They’re talented individuals who simply don’t take no for an answer, not even from themselves. Once a Capricorn decides on something, the entire world’s weight won’t be able to convince them otherwise.

Often labeled as a ‘humanitarian’, Aquarius is ruled by Uranus, which is where most Aquarians get their somewhat peculiar energy from. An Aquarian’s superpower lies in their ability to predict future events. Since Aquarians have a soft spot for humanity, it isn’t surprising they’d do the best to help everyone, especially by analyzing their future and making them alter their present circumstances accordingly.

Pisces are gentle and peace-loving individuals. They’d do whatever it takes to ensure that the people around them are safe and happy. Pisces are great listeners and would go to extreme lengths for the sake of their loved ones. Thus, a Pisces’s superpower lies in their ability to heal people – once you know a Pisces cares about you – you’d be pampered for life. 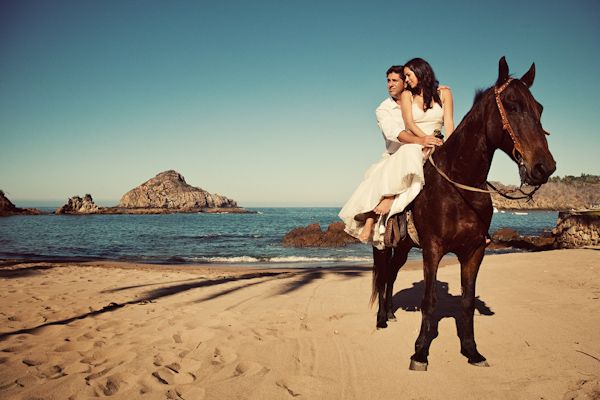 Our zodiac signs are like hidden galaxies within us – all we need to do is explore who we are from within and we’ll be in for surprises. The only advice we can give you is to always trust your instincts and believe in what you consider is your superpower – this world cannot change what the stars designed!