Who is Lauren Hashian?

You may have seen The Rock’s Instagram posts celebrating his relationship with his gorgeous wife. But do you know who she is? Here is some information on Dwayne’s stunning wife, Lauren Hashian.

Lauren Hashian was born on the 8th of September 1984 to a couple in Lynnfield, Massachusetts in the United States of America. She is currently married to Dwayne “The Rock” Johnson, who is a leading American actor and has appeared in some of the most hit films of the decade.  Lauren Hashian grew up in Lynnfield and had a good childhood. Her father was a member of the band, Boston. Although the band was not very popular and didn’t make it to the mainstream playlist, they still produced some fine tunes. John Thomas Hashian, more commonly known by the name of Sib Hashian, was the drummer of the band but he also contributed his vocals to the band from time to time.

Lauren attended Emerson College which is located in Boston in 2006 and she got her degree in public communications. She also has two siblings, a brother, and a sister, namely Adam Hashian and Aja Hashian.

What Does Lauren Hashian Mainly Do For A Living?

Lauren followed in the footsteps of her father, Sib Hashian, and pursued a career in the music industry. Being a lover of music, you may think her father had encouraged her but it was quite the opposite. Lauren told an interviewer that her father had gone through certain bad experiences and discouraged his children from following his path and pursuing the music industry. He replaced the drummer of Boston, Jim, but had to himself leave the band in the ’70s due to some conflict reasons. Sib passed away while he was performing on stage, doing what he loved most, on the 22nd of March 2017. The cause of death was a sudden and untimely heart attack. Lauren was devastated as her father was a role model for her. She remembered him in a loving social media post a day before she tied the knot with Dwayne.

She believed she would get a nine to five, regular desk job but the universe had other plans in mind. Music was in her blood and even though her father was not completely in favor of this, she began to take a deep interest in music and singing. When she was only 19 years old, Lauren converted her dorm room at Emerson College to a recording studio. The university encouraged the creative side of students and heavily supported the artistic side of them. A mock version of the Emmy Awards was held at the college. In 2006, Lauren sang a song with a fellow student at the university. He was a rapper and went by the name “Reality”. Their song got a lot of hype in their university and they won the award of the talent show. That was how it all started for Lauren Hashian who is now a singer and songwriter by profession. She performed with her father and a guitarist, Barry Goudreau later the same year she graduated from Emerson College.

Lauren collaborated with the pop musician Ya Boi Shad on the song “Only You”. She co-wrote the lyrics for the song and sang the background vocals. Her sister, Aja, accompanied her in this endeavor and lent her voice to the song as well. Her other work includes the singles, “Go Hard” and “Samson”. Though our favorite pick of her music is the song she wrote for her wedding with Dwayne Johnson. The track was titled “Step into a Love like this”. The lyrics were heartfelt and got all of The Rock’s fans supporting the union of the couple even more.

How Did Lauren And Dwayne Meet? 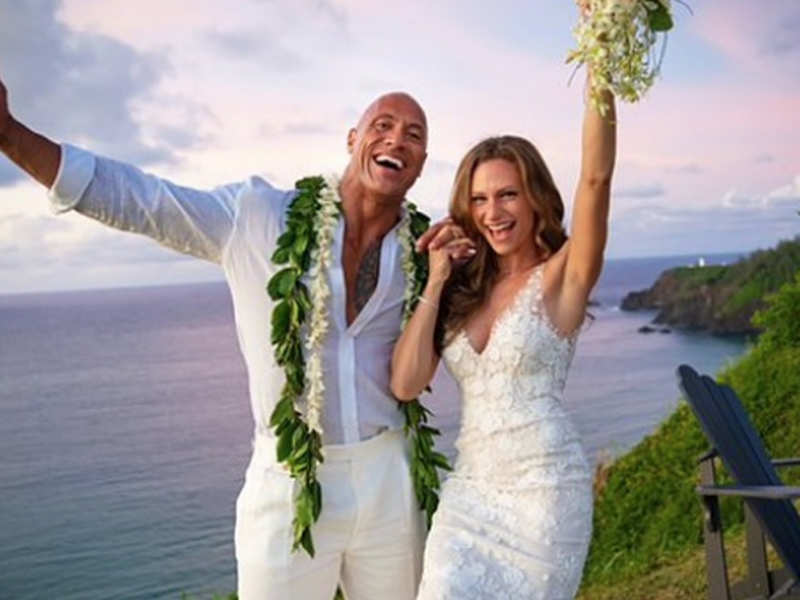 Dwayne Johnson met the love of his life, Lauren Hashian, all the way back in 2006 while he was filming another movie of his, with the title “The Game Plan”.  When the two met, the actor was already married to his manager, Dany Garcia.

Dany is a professional bodybuilder as well as the CEO of the Garcia Companies as well as TGC Management. Dwayne and Garcia had a baby girl together, who is as of the date 18 years old. The couple split up the next year in 2007 and the Rock started dating the American Singer, Hashian. No divorce or breakup is easy but we think Johnson and Garcia handled their split very ideally. They both took some time to heal from the separation and all the while keeping in contact with each other. They claim to have even texted and talked to each other on the daily basis, checking in emotionally as well. The entire family gets along pretty well now including Lauren and Dany. Lauren and Dwayne kept their relationship mostly private for a long time before the information was finally revealed to the public eye. We believe that Lauren and Dwayne’s relationship moved pretty fast. They told an interviewer that they had been living together for over ten years. So, it is apparent that the pair moved in together pretty early on in their dating life.

The two made their first public appearance as a couple in 2013. They walked the red carpet together with Lauren on the wrestler turned actor’s arm. It was the premiere of Dwayne’s film “GI Joe: Retaliation”.The famous actor attributes his success and achievements to the strong foundation of his family life. Dwayne told Esquire:

“You got to get the better half in there. With all the cool stuff and success that I’ve been lucky enough to get? That doesn’t happen unless the home life is solid.”

What Does Lauren Do Outside Of Music?

As most of you know, 2020 has been a wild year. One of the prominent things that happened this year was the resurfacing of the Black Lives Matter movement. Lauren Hashian showed her support for the movement on her Instagram and helped to raise awareness with the hashtags #JusticeforGeorge and #BlackLivesMatter. She also attended a protest in Los Angeles, California. We can see that when she is not being a boss mom of two and a talented singer, Lauren participates in activist campaigns to make the world a better place. She is good friends with Naz Tokio with whom she collaborated on the song Samson. She shares posts supporting her friend and they have a great sisterly bond.

Another interesting fact about Lauren is that she is a big fan of Beyoncé. When asked in an interview who she would most love to collaborate with she mentioned artists like H.E.R. and Kehlani. But her number one was Beyoncé, as she called her “the queen”. And we can relate! Who doesn’t love the queen bee Beyoncé?. Lauren has also been on television! In 2005, she was one of the candidates in the reality TV competition, R U That Girl by UPN. Unfortunately, in the fourth episode of the show, Lauren was eliminated. But she has been doing great ever since with a 1.2 million following on Instagram and a net worth of 5 million dollars, it was TLC’s loss in eliminating her. Hashian has also shown interest in the modeling industry

How Is Their Life Now With Kids? 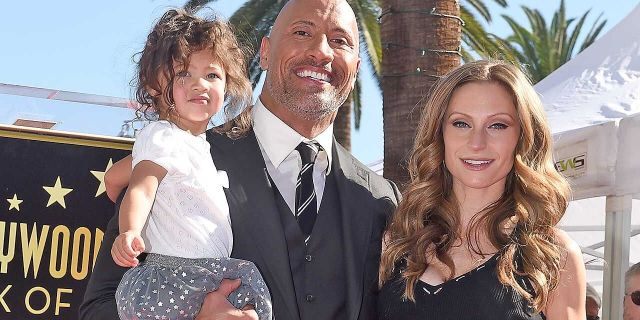 Dwayne and Lauren are parents to two lovely girls, Jasmine and Tiana Gia Johnson. Jasmine is their first child born in December of 2015 whereas Tiana is currently the youngest at the age of two. This is one wholesome and precious family. Both Lauren and Dwayne are wonderful parents and very loving partners to each other. Lauren mentioned her two daughters in the song she wrote for Dwayne and her wedding in the following beautiful words:

Look at our beautiful world

You are the mate to my soul

When asked about the fact that he only has daughters and no sons, Dwayne Johnson made it clear that he wouldn’t have it any other way. Even after around 14 years spent together in each other’s company, each of them is appreciative of the other and grateful to have them in their life. They celebrated their wedding in Hawaii in August 2019. It was a gorgeous and highly intimate affair. Lauren’s wedding dress took our breath away. We love the simplistic yet elegant take on wedding décor as well. Hashian said in an Instagram post on their first wedding anniversary:

“I’ll never forget this day and reliving every moment will give me a lifetime of joy. To be there with our families, our ancestors, and angels watching over us.” 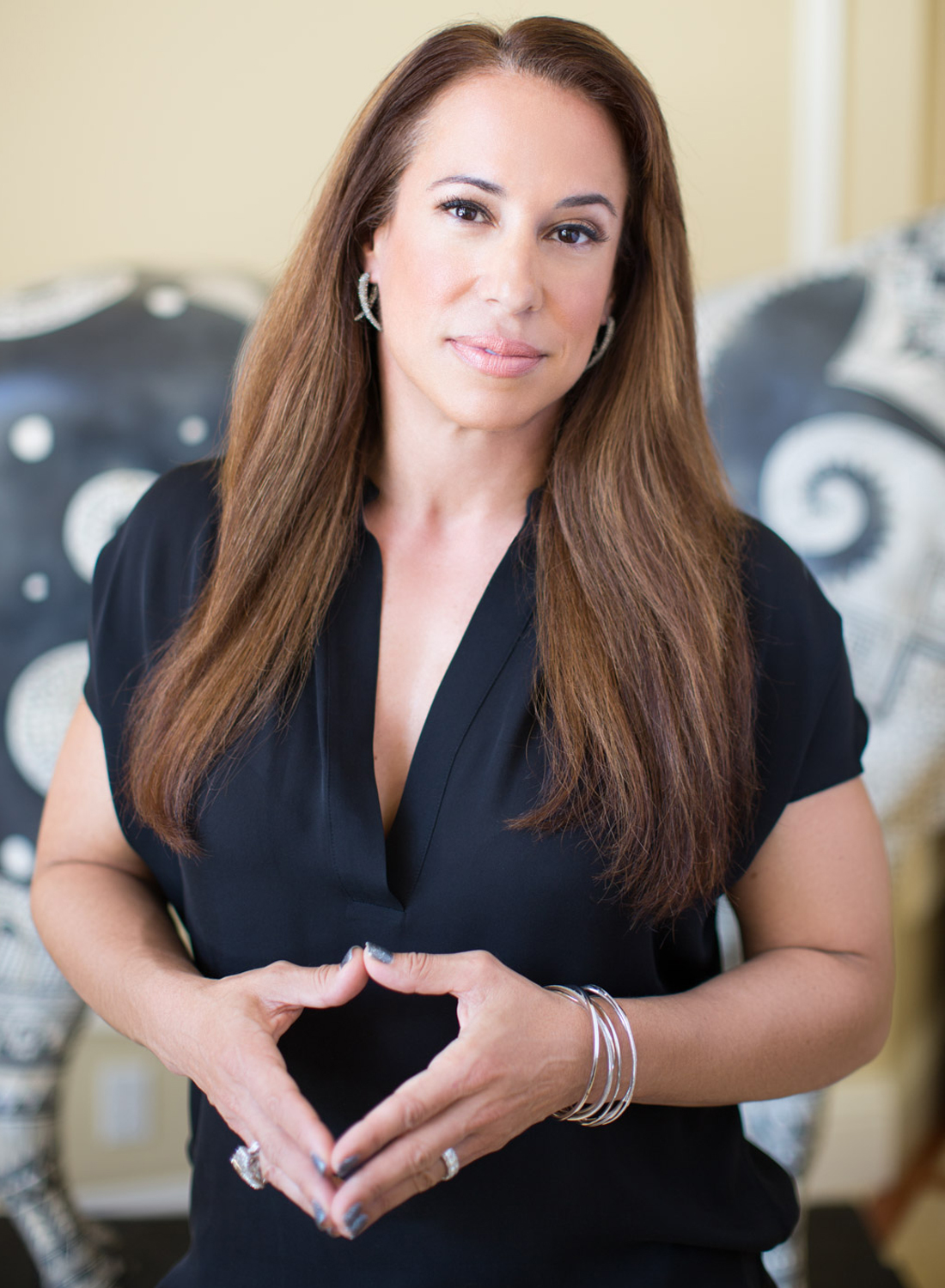 We wish this happy couple the best for their future together. Even though Lauren and Dwayne did not take the conventional order when starting a family we love how well they go together as spouses as well as parents. They are a great example of a modern couple living their best life without the judgment of conventional standards.