Who is Mark Wiens?

The best term for Mark Wiens’ introduction is “foodie” above all else; a foodie refers to an individual with a keen interest in exploring different cuisines and trying out different kinds of food. But Mark is more than just an eater. He’s also a traveler, a blogger, a coffee enthusiast, a teacher, and a video host among many other things. He earns a living from YouTube adverts and selling eBooks and merchandise. The man is a huge success story and someone a lot of food lovers who want to make a career out of their passion look up to!

In a lot of ways, Mark Wiens is an excellent example of how pursuing what you love can be the most rewarding decision you make in life despite what people might say! At the end of the day, he struggled with uncertainty and had to do a lot of odd jobs to manage his dreams, but he did not give up at any point and remained persistent in his desire to live his truth. Now the man is earning millions off of his passion. It just goes to show that beautiful things are waiting for you on the other side of fear and succumbing to circumstances.

Mark was born in Arizona, the USA in 1986 but he is no average unexposed American! Wiens moved around quite a lot, starting with the early years. At 5 years, his family moved him to Albertville, France, and shuttled back and forth between Canada and Hawaii. From France, they moved to Africa which was a huge cultural learning moment for him. He moved back to the US to go to college and went to South America a few months after graduating and taught the English language. It was on his travel back to the US from Chile, Uruguay, and Argentina that he first conceived the idea of starting a blog of his travels. Little did he know, in just a few years, it would become his bread and butter.

This is when Mark Wiens created Migrationology – an idea of experiencing and learning life through travel and the experiences that expand your perspective and purpose. This is when Wiens set out, on a one-way ticket to Bangkok, with no plans and his life has been a rollercoaster that goes up and up ever since!

What Is Mark Wiens Mostly Known For?

Mark Wiens is most widely known for his YouTube channel where he uploads travel vlogs wherein he explores the cuisine of the different places he travels to around the globe. His channel has an impressive subscription of 6.72 million followers making him one of the biggest food bloggers in the world creating content for the huge platform. The food he tries is also extremely versatile ranging from very “high-end” cuisine to street food proving that he is no one-trick pony in the food-appreciating world of YouTube.

The beautiful thing about Mark Wiens travel vlogs is that even though the center of his experience is the food of the region but he gives his viewers a very holistic image of the places he visits, the landscape, the culture, and the people. Based in Thailand, Wiens has made food vlogs about his visits to Bangkok, Pakistan, Japan, Istanbul, and many many other places around the world.

How Did Mark Wiens Meet His Wife?

Mark Wiens lives with his wife, Ying Wiens, and his son, Micah, in Bangkok, Thailand and they have a beautiful marriage filled with shared interests. The two frequently travel the world and explore international cuisines together. When Wiens set off to Thailand with no plans, he struggled to make ends meet with his job as a teacher of the English language but eventually, he started an eBook that allowed him to make more money. It was here, amid all that experimenting and persisting that he met his soon to be wife, Ying. Ying, like Mark himself, was an incredible cook, traveler, and foodie. The two shared an instant, undeniable connection, and Mark in his own words describes her as the most amazing person he has ever met.

They got married in a small restaurant in Bangkok and Mark considers it one of the luckiest days of his life. Now he did not have to leave his girlfriend behind and they could set off to travel the world together. The two found a most perfect travel companion in each other. A cute little story about their wedding is that instead of a giant wedding cake, the two enjoyed a giant durian to share their love for exotic food. If that isn’t wedding goals, we don’t know what is!

Aside From YouTube, Where Can We Know More About Mark Wiens blogs?

Long gone are the days of struggling to make ends meet as Mark Wiens is now an established name on YouTube with his videos generating approximately 1.7 million US dollars a year. His name is big enough so that he has his web domain at markets.me where you can get a lot of first-hand information about the man, the myth, the legend!

Mark Wiens’ brainchild, Migrationology, which he conceived in 2009 right before heading out to Bangkok to meet his future wife and settle down, is still very much alive and thriving. You can find all about the movement at migrationology.com; it is essentially a travel blog that is very useful to food travelers and travelers in general who are heading out to the places Mark Wiens has already been to and can provide stunning insight on!

Alongside YouTube and his blog called Migrationology, Mark also has eBooks and merchandize that serve as bread and butter for him. It was after all a deal with an eBook publisher that helped him come out of his English teaching job in Thailand which Mark was unhappy with. He says he loved his students, but he wasn’t built to sit in a classroom all day! His eBooks are very widely loved and the most popular is the one titled, “101 Things To Do In Bangkok.”

What Degree Did Mark Wiens Finish For College?

Mark Weins attended Arizona State University in the United States of America. Born in the US, Wiens spend most of his childhood in France and Africa, Canada, and Hawaii. After high school though, the next big step was college and he returned to America to do a degree in Global Studies and worked throughout college to save money for traveling. Through smart decisions and a refusal to take loans, he was able to graduate debt-free!

How Is Mark Wien’s Life Now?

Mark Wiens is living the good life in Bangkok, Thailand, with his beautiful wife and son. They travel frequently and make vlogs and blogs for YouTube. He also writes eBooks and is an excellent resource for travelers everywhere. His net worth is somewhere between 2.4 to 3 million US dollars. Daily views average to around 2.5 million and he earns 2000 US dollars daily from adverts. He is continuing to make a fortune off of his passion for travel and food blogging and there’s no end in sight to how profitably this labor of love has been for Mark and his family.

Related Article: 20 Models And Bloggers To Look Out For Body Positivity 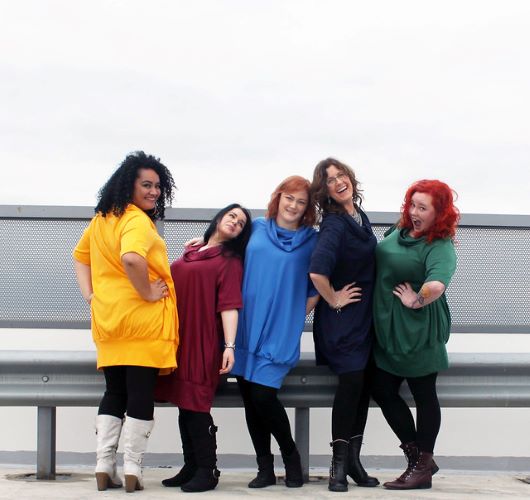 Feel yucky about your body? Time to bring in somebody positivity

We are certain that Mark and Ying Wiens along with their adorable son Micah will continue to inspire millions to travel the world and learn about other people and cultures with food as a medium to unite people that come from different places. Traveling is a way to never stop learning and growing. There is a virtually inexhaustible ocean of knowledge that you acquire organically, all you have to do is set out with persistence, patience, and deep-seated love and acceptance of people and their differences.

Because despite our differences, there is much that unites us, and travel allows us to explore these differences while simultaneously growing the respect we have for each other. No one said it better than the beautiful Maya Angelou herself, “we are more alike, my friend, than we are, unlike,” and this is the cornerstone of the travel activism Mark Wiens does on his wildly successful YouTube channel! We highly encourage you to subscribe to Mark Wiens YouTube channel and learn about the world and all the beautiful places and people and food there is waiting for you on the other side of fear!