What Are The Common Mind Games Men Play?

Dating isn’t a bed of roses. It is safe to say that many are playing it as a sport. You’d be surprised at how much time people invest in this area to polish their skills and play their cards better than they did before. The mind is a complex part of us. It’s sharp enough to detect danger but when infatuation is added into the equation, the results cannot be trusted. You must be well aware of some of the games that people, especially men play, to make you dance to their melody. The problem is, when it comes to love, being aware of tactics isn’t enough to be safe from them. Everybody has a few tricks up their sleeves and it's okay because the game itself isn’t evil, the players are whom we need to be careful of. Here are 6 mind games that men play and what their moves mean - whether they like you or are just in it for the thrill?

1. Showering you with Gifts and Attention

Guys like to get their ego stroked. To get that satisfaction, they can play the game of showering you with gifts and attention. The more pleasurable reactions they get from you, the happier they get until they get bored and move on. This is a game where you need to tell them that just their attention and gifts aren’t enough to win you over. Don’t stroke their ego just yet if you want them to try harder. Remember, no sign of commitment means that whatever their moves may be, are nothing but for temporary pleasure.

2. The infamous Hot and Cold Attitude

We all know this infamous game and the majority of us have, at times played it ourselves and have also been on the receiving end of it. The conclusion is, the player is just cruel and the one that it’s played on remains uneasy. The best way to play the player is to convey the message that consistency is what turns you on and this game just won’t work on you.

3. He makes you insecure about yourself

This falls under the ill-intention game category. When a girl is too out of the league for a man, the man starts to get insecure. This is when he decides to start taking hits on the girl’s confidence so she doesn’t even think of leaving. The “I’m too good for you but I’m here for your sake” attitude is what this mind game is all about. The moment he makes you feel less awesome than you know you are, that’s your cue to leave his insecure little a** and walk out.

4. He isn’t consistent with his personality

You’re confused about his personality? He seemed to be this book-lover warm relationship kind of type the first time you met him while he has the exact opposite kind of personality in your very next meeting? Yup, another mind game that guys play! He wants you to get a taste of his unpredictability because that can be mysterious and mysterious is sexy. He wants you to keep guessing! This one is a safe and fun game if you actually have room to get to know what kind of a person he is and whether things are leading somewhere. If not, again, he is just playing for fun and you have a choice to make.

The game of fighting for the upper hand. This game revolves around him guilt-tripping you often to get his way or always wanting things done the way he wants them. Whenever you have an opinion, things get complicated. When you’re stuck with a player like this one, remember that the toxicity will only turn up with time. You need to find the courage to confront him and leave because you deserve someone who values your opinion and who knows that compromise is just as much a part of a relationship as the other positive aspects.

6. He disappears and reappears every few days

I better highlight the commonly known fact here, this game is mostly played by players. If you have someone in your life who is using this tactic on you, know that he isn’t looking for a relationship. This guy is always highlighting the fact that he has an extremely busy life yet his phone is always silent and face down on the table when you’re with him. No matter how amazing the date was, he disappears in thin air after dropping you home. When he reappears, he acts as if everything is normal and tries to make normal conversation with you. When you ask him where he was, he’ll have a very detailed story to tell you. Have fun with him if you’re not looking for something serious too but if you are, he isn’t the one for you.

When people aren’t confident in their skin, they may resort to playing mind games. I mean think about it, if I didn’t think that my original personality can attract people and make them want to stick around, playing mind games will help. Hence, being insecure about themselves is a major reason why people turn to these mental techniques to reel people in.

They want to manipulate you

Some people are manipulative and just pure evil. They are addicted to control so much that they want to make the other person their puppet. Mind games and techniques are one of the major ways to manipulate others. If manipulating you is the intention of someone who has been messing with your head, you need to end it with them as soon as possible.

They are not ready for a relationship

As mentioned previously, games are good and they bring thrill and spice to the dating scene. What is not good is when the guy just doesn’t know when to stop. As the saying goes, ‘excess of anything is unhealthy’. If this is the case with your man, he just isn’t ready for a healthy committed relationship and girl, either wait for him to grow up and play along (we all know how bad that option is) or choose not to waste your time and move on to the next decent guy who makes a move on you. The choice is all yours!

Things That Happen When He Is Playing Mind Games

Few things can happen to you when the man in your life is playing mind games with you. If you’re reading this article, chances are that you’re already aware of his actions and his games will not have a strong influence on you which is a good thing. When a girl isn’t aware of the situation, the following things can happen to her:

How To Handle Them?

Handling them is easy. If you just want to have some fun, play along. But if you’re looking for a serious committed relationship, communicate with them your intentions. If their behavior doesn’t change and they continue with these games, you need to come to your senses and walk away.

I used to obsess over everything the guy said just to pick out possible cues that he likes me. This made me go crazy until I realized when a guy is truly interested in creating a meaningful relationship with you, he would go to extreme lengths to make you understand that. If you’re confused, he wants you confused and when a guy wants you, he won’t hold back. 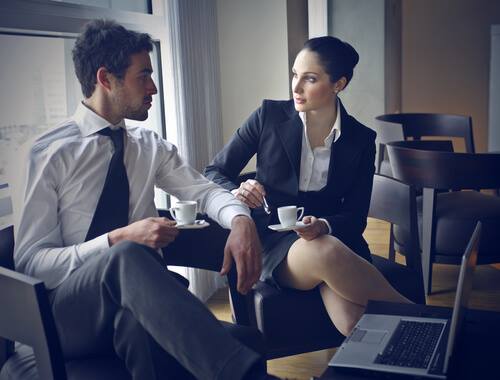 There is no such thing as an ideal relationship. Ideal equals to boring. But if he plays mind games with you, does your relationship have a future?

Games in the initial phases are healthy and can make the process of knowing each other exciting. After the initial phase, if the games don’t stop, you might be signing up for a toxic commitment. The conclusion is that these games have a very thin line that separates toxicity from excitement. Be very mindful when you’re dealing with men like these. Safety comes first. If there is even a hint of abuse, don’t even think twice and leave.