Who is Claudine Farrell?

Daredevil is a superhero movie starring Ben Affleck about a blind lawyers who fights crime by day and criminals by night. The movie also stars Colin Farrell as Bullseye. In the movie Daredevil, the actress Claudine Farrell plays a young woman in the pub and her voice appearance on an answering machine. Daredevil premiered on February 14, 2003 and the movie grossed $179M though it received a mixed reception by critics due to its lack of depth. Though she played as an actress in the movie, Claudine Farrell also worked as apart of the crew supporting her brother Colin Farrell as his personal assistant and a part of his management team.

Seven Psychopaths also starred Colin Farrell and made its premiere on September 7, 2012. Seven Psychopaths grossed $33M with a plot filled with twists and turns. In general the movie was about a struggling screen writer who fell victim to Los Angeles' underworld after his friends steal the pet Shih Tzu of a kingpin and are in turn kidnapped. Claudine Farrell worked as Colin Farrell's assistant and was a crew member on the movie set.

The Killing of a Sacred Deer

In The Killing of a Sacred Deer, Colin Farrell plays a cardiac surgeon who befriends a young boy who he later invites into his home. Upon the arrival of the young by into the surgeon's home, every family member becomes ill. It is later known that there is a connection between the surgeon and the young boy. The movie had positive reviews and grossed $2.8M. Claudine Farrell worked as management for Colin Farrell apart of the crew members on The Killing of a Sacred Deer.

It's a Family Business with The Farrell Siblings

Eamonn Farrell was born in Ireland and is the youngest son of Rita and Eamon Farrell. Eamonn Farrell is an actor who is known for his roles in Red Dead Redemption and his married to artist Steve Mannion. On September 28, 2017, it was reported that Steven Mannion was diagnosed with skin cancer and has began campaigning and educating people of the setbacks of sunbeds. The artist admits to his overuse of tanning beds and understands the healing process necessary for beating melanoma. Throughout his early years Eamonn Farrell had suffered from bullying due to being a homosexual. Eamonn Farrell recalls in an interview how his brother Colin Farrell stood up for him after he'd been bullied and assaulted by his peers. The young actor states that the bullying has had a great affect on his relationships and continues to plague his memories.

What's Next for Claudine Farrell

Claudine Farrell is currently single and continues to work with her brother on his future projects to premiere at the end of the year and in 2018. Overall, the Farrell siblings prove that success comes naturally to them and when the Farrell crew are working on a project it's bound to hit the top of the charts. Hollywood has not seen the last of this dynamic family. 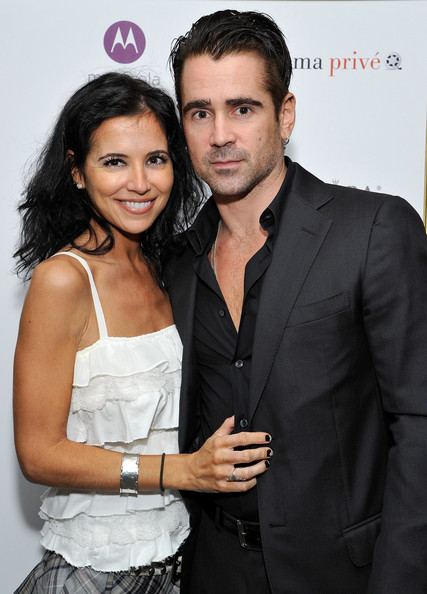