How Can I Know If He's Thinking About Me?

The truth is that you aren't the only lady asking this question. Many women out there really thirst to know "if he's thinking about me". While it may be very difficult for anyone to say with exactness what is going on in the mind of the other person, there are actually some signs that, if you pay very close attention to, can help you arrive at a logical conclusion on whether he's thinking about you or not. 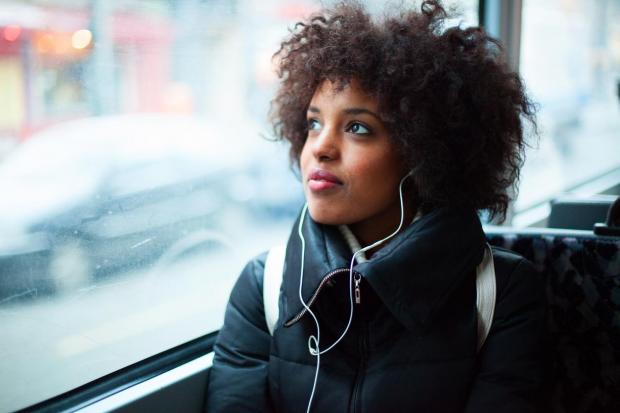 What's The Point of Wondering If He's Thinking About You?

On the surface, the question "Is he thinking about me?" may appear selfish or self-centered. However, another look at it may prove otherwise. Men aren't robots with fixed emotions and desires. Unless you, as a lady, keep finding means of ascertaining your relevance to him, he may just leave you behind even without you knowing. Since you probably aren't the only attractive lady out there seeking his attention, it may not be out of place to want to know if he's thinking of you right now. It definitely will show you what you may need to improve upon to avert a possible break up.

Has He Called You Recently? 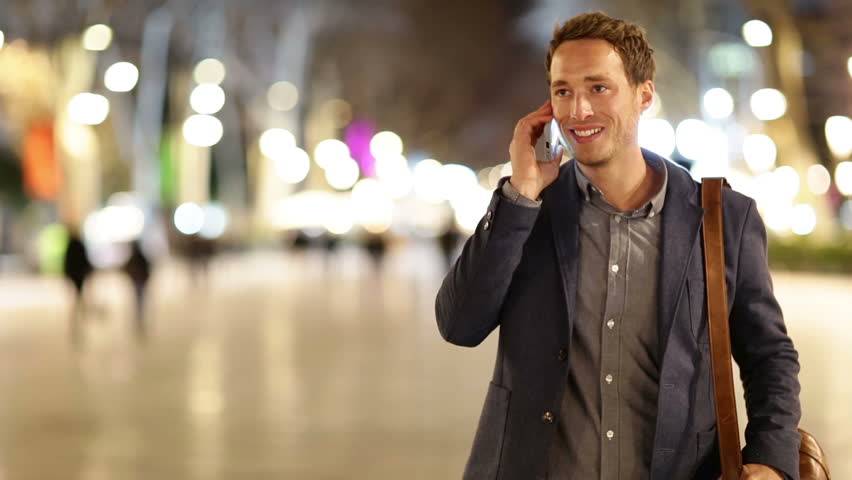 Truth be told, no man with you on his mind would leave you pass up the opportunity for a phone call. If you are truly his heartbeat, his sweetheart, as you fondly call him, no matter how busy he may be, he'll still find a way of to say hello. The reality of his busy schedule everyday may affect the frequency and timing of his calls. But because he's always thinking about you, he's still going to carve out some time to hear your voice. If you are going out with a guy and he hasn't thought of calling you on the phone for days, you may have reason to worry. He may be uninterested in you, or already planning a break up.

Does He Reply To Your Text Messages? 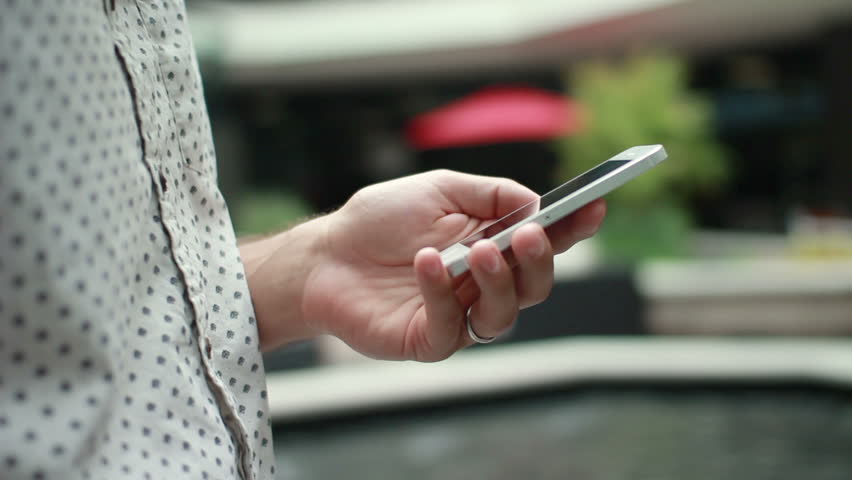 Let's assume he's too busy to send one. But when you do, does he acknowledge it? If he truly values your relationship with him and thinks of you always, one of the ways you'll know is through his frequent texts expressing his love. However, when he doesn't send you text messages and fails to respond to the ones you send, you don't need a psychic or a mind-reader to tell you what's up. He is not only uninterested in you, but has stopped thinking about you altogether.

Does He Take You Out On Dates? 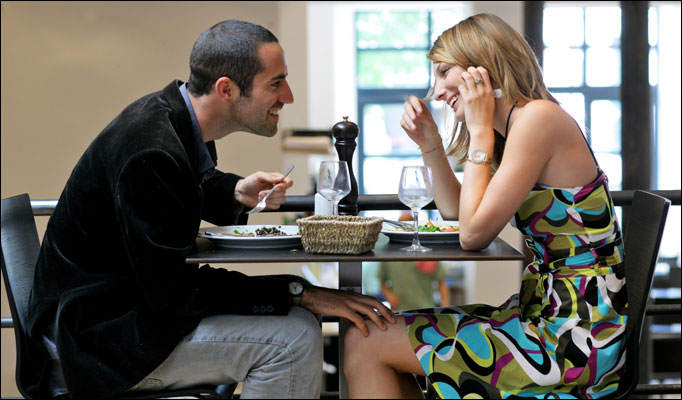 Even right now, you may have started answering your own question "Is he thinking about me?" objectively by considering how much of his time he has shared with you lately. Love isn't just based on sweet words. It is a phenomenon that finds expression in actions such as this. A man constantly thinking about you will feel that you should go out on dates together every so often. If he has no time for you, then you may have to stop asking the question "Is he thinking about me?" because the answer is pretty much obvious - he is not. 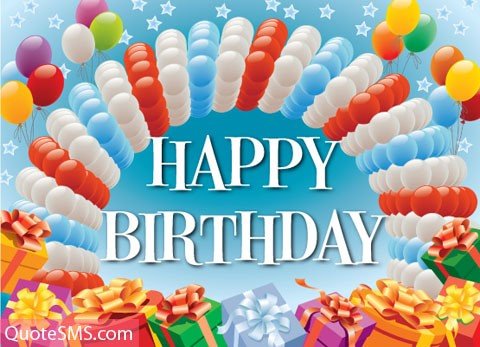 When a man constantly forgets your birthday and other important anniversary dates, it's usually a sign of one thing: he isn't taking you seriously. Most men would rather have their work outings or plans with friends cancelled than forget to spend time with their special partners on their birthdays. If this is a recurring problem every now and then with him, you should be able to clearly read the handwriting on the wall. This man has not got you on his mind. He is one day going to break up with you. He's probably got other women in his life winning his attention and taking over his mind.

Do You Receive Gifts From Him Often? 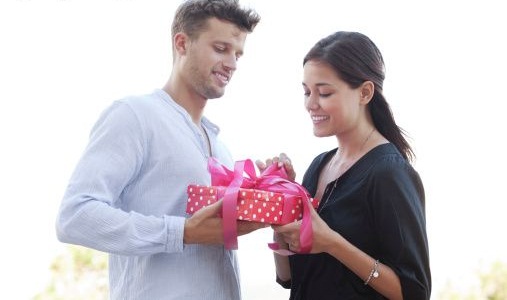 Giving gifts is one medium by which men express their affection for women. It doesn't have be a house, car, or any similarly "big" gift like that. But because he loves you and keeps you on his mind, he is constantly going to send you a special token as an expression of his love. Men committed to a relationship often like giving gifts to their partners. It is one of their most common means of communicating love. So, you have been in a relationship with this man for a few years and he hasn't presented anything to you before? Not even a gift card? You can be sure he's not taking your relationship seriously, let alone he thinking about you right now. You had better take the necessary steps to avert the possibility of a break up if you think you are still interested in him.

Any Coincidences Or Surprises From Him? 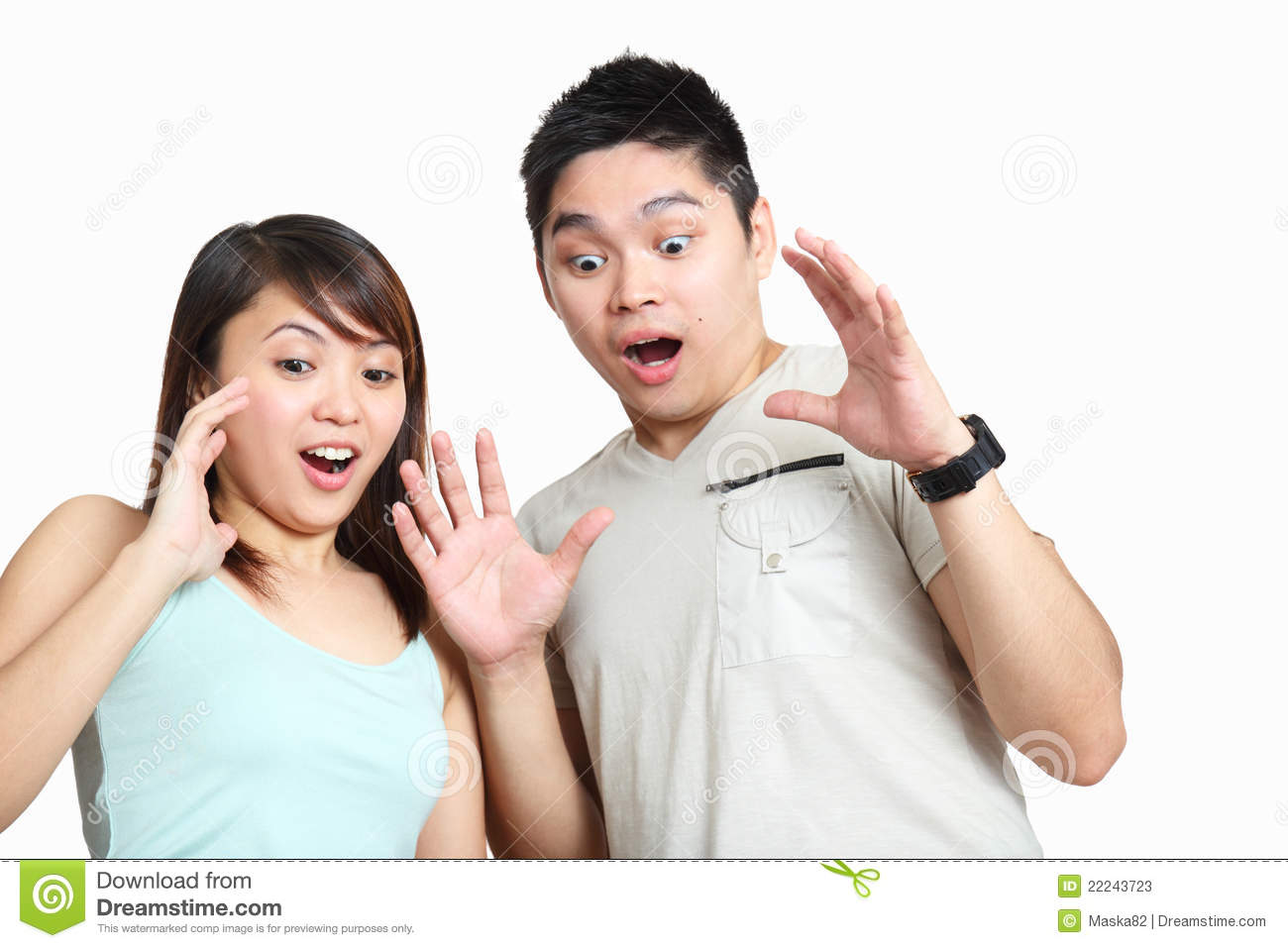 Have you both thought about something at the same time? Maybe you planned to get something for him and he was just thinking of getting that same thing for you too? It may even be that you keep bumping into each other every now and then. What that should tell you is that he is thinking about you just as often as he crosses your Your hearts both are resonating at the same frequency and as such, your actions keep lining up.

How To Ensure He's Always Thinking About You

Maybe what you need to start doing right now is take some bold steps geared towards ensuring he's hooked on you always, rather than sit somewhere pondering "Is he thinking about me?" When it comes to your relationship with him, some things are within your power to do. Although you cannot control what he thinks about, you can very much influence it! Men are as much in need of pampering and attention as women are. The fact that they appear strong on the outside does not mean they aren't battling with something within. By finding means of filling the emptiness or better put, the void in him, you can place yourself right in his heart. Your question would change from "Is he thinking about me" to something like this: "Though I can't see him physically now, I know wherever he is, he's thinking about me". Here are a few things you can do to make sure he's thinking about you all the time.

#1. You Can Make A Guy Think About You By Simply Looking Good 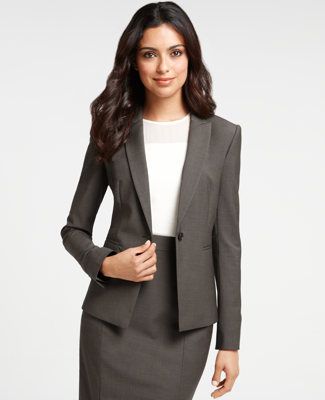 While it is possible to repel a man by your shabby or unkempt appearance, it is next to impossible for him to run away from a good-looking, attractive lady. Men are wired in such a way that they are moved by what they see and smell. To drive this home, can you remember how you dressed the first time you both met? Has he ever commented on how charming it was? You may not take this seriously but the appearance of a woman is one thing that keeps a man thinking of her. Similarly, you've got to identify which cologne works best for you. Smell association has a very strong hold in memories. Apply moderately and watch how powerful this simple tool can be! Be aware that the greatest way to look good is to be good from the inside. The amount of time you devote to looking good on the outside will amount to nothing if he finds you boring and unresponsive to his needs. Your first encounter with him must leave him thirsting for more. Firstly for your beautiful physical appearance and secondly for your inner exuberance. These two ways of looking good will take you from the realm of "Is he thinking about me?" to a state of certainty on his mindset.

#2. Quit asking "Is He Thinking About Me?" Be Yourself! 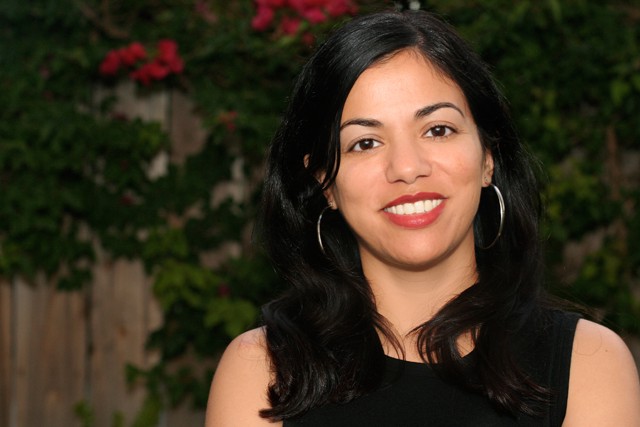 Someone once compared men to shadows. The more you run after them, the farther away they get from you. What that tells you is that instead of asking yourself the difficult question "Is he thinking about me?", it would be better to devote more time to develop yourself. Let him know you are a strong and independent woman, that you don't need him to live. It is when your attitude suggests that you need him to breathe that he begins to think of you less and even take you for granted. Don't get this wrong. No one is suggesting you should be proud, rude, bossy or self-willed. Those attitudes will push any man away from you. The point is this: know what you stand for and do not allow your feelings for a man make you bend the rules. Men everywhere appreciate this quality.

#3. Instead of Wondering "Is He Thinking About Me?", Speak His Love Language

There is a particular way he understands and appreciates love. That way is his love languages. You can easily identify this be paying close attention to what he complains most about in your relationship. Generally, almost all men love to be affirmed. They would stick close to a lady who is constantly and genuinely affirming them even in the face of their challenges, rather than hang out with a carefree and insensitive lady. If you notice he loves commendation, instead of worrying about whether he's thinking about you, why not simply be generous with your words? Some men love to be snuggled up to by their women. They understand love as simply physical closeness. Others attribute the expression of love to giving and receiving of gifts. It is your duty to find out which love language applies for him. When you speak his love language freely, forget about the old question "He is thinking about me?". He's not only thinking about you, he's also dreaming of you.

#4. Rather Than Wonder "Is He Thinking About Me?", Show It 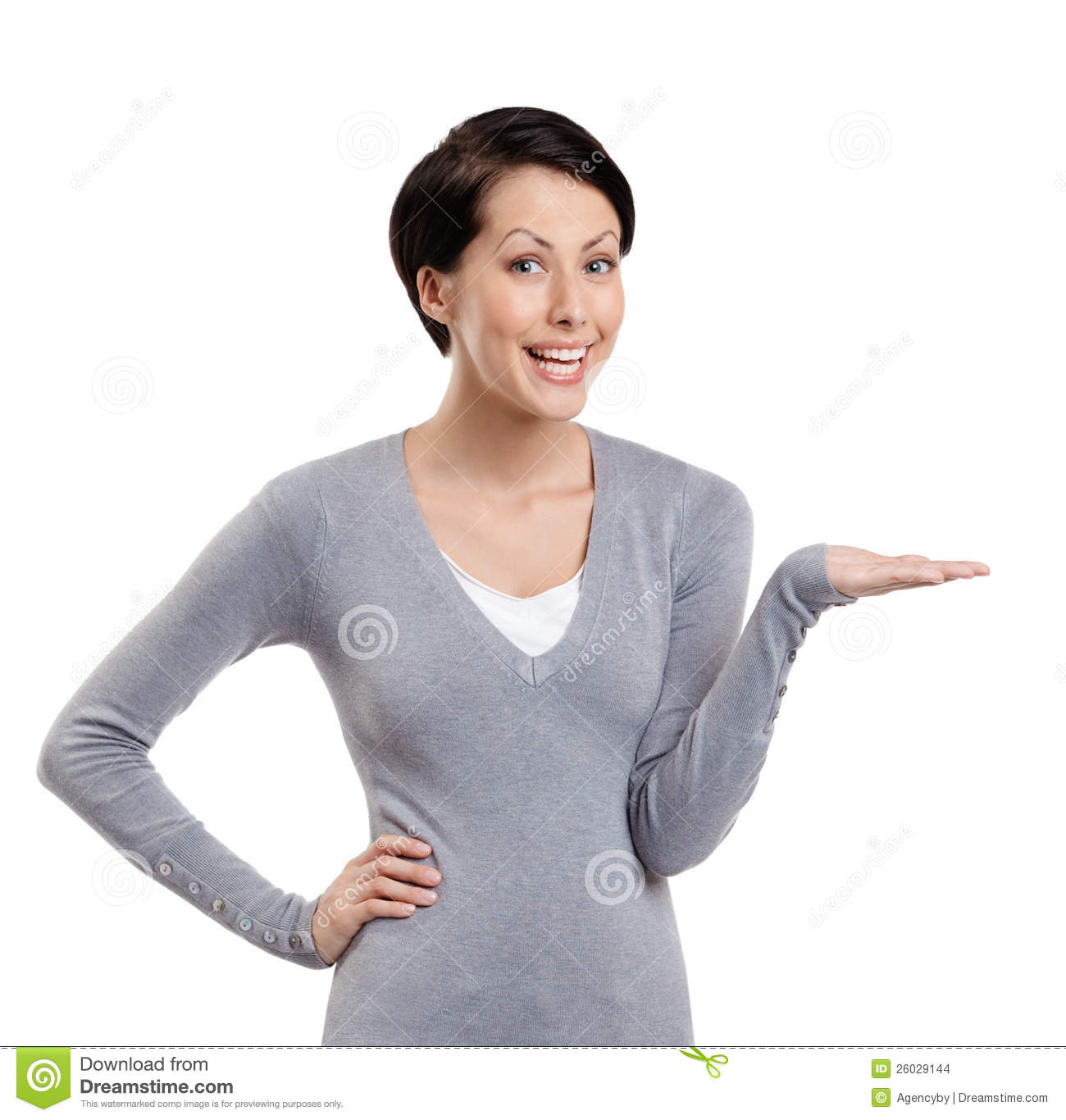 As a lady, you've got some powers which you may have just been under-utilizing. Not every communication needs to be verbal. There are as many things you can say with your eyes as with your mouth. Gestures are means by which you can place your signature on a man's heart. It is a way of sending a "think about me" message to a guy. The way you look at him, the way you hold his hands, the manner in which you walk, your posture and some easily-overlooked things like that are things that often keep men clinging to a woman. Of course, you've got to be tactical and moderate even with your gestures lest he misconstrues it. Simply put, your body language can answer your question "Is he thinking about me?" in the affirmative if you know how to manipulate it well.

Knowing if "he's thinking about me" is not as important as doing the right thing and maintaining the right attitude in a relationship. It might cost you a lot of worry answering that question because no one knows exactly what's going on in the mind of any other person. However, if you utilize your womanly charms effectively, it would be difficult for any man to not think of you always. In fact, he'll dream and sing of you always.