Most parents have heard of or experienced the "the terrible twos." The stage where the two-year-old is beginning to develop socially, experience new feelings, and become their own person. And with this growth comes defiant and unruly behavior.

We all know boys and girls are different, but this is very evident with two-year old’s in their development. Each child is unique in how they develop. The Association of Pediatrics has outlined stages that two-year-old boys and girls should go through and in what order. But should a child not follow these steps in the same way, it does not mean there is a problem. 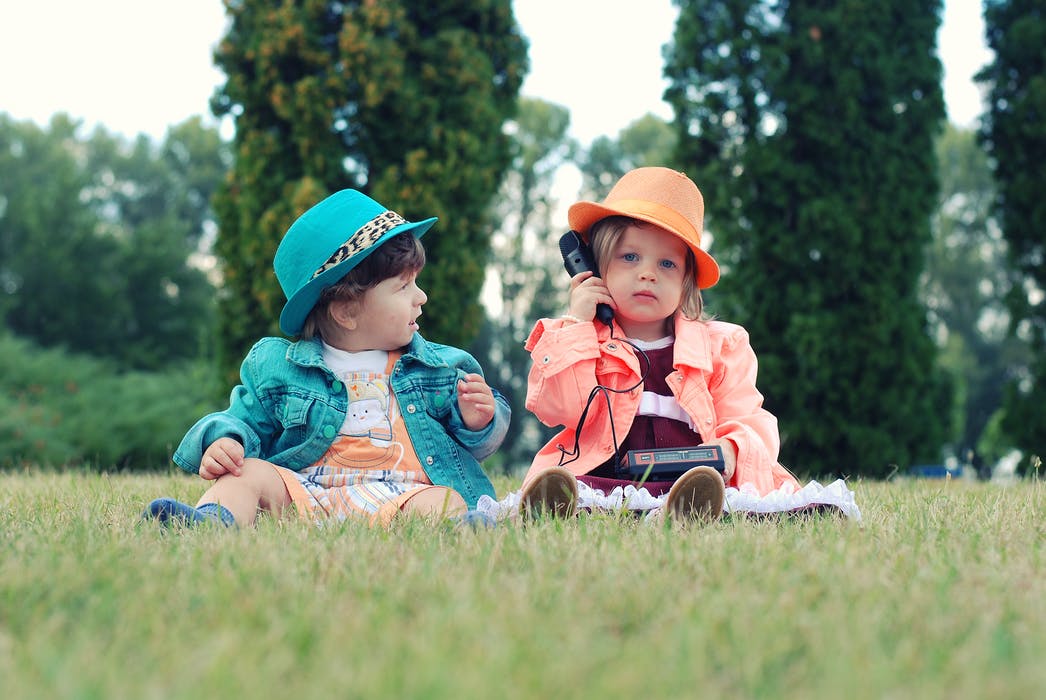 Girls are usually early learners as they learn to potty train earlier than boys and they typically talk sooner than boys. This does not mean the boys do not develop right on schedule, it just means that girls develop these skills sooner. Girls are also known for learning to dress sooner and develop social skills faster.

The main reason behind this earlier development in girls is that the brain of a young girl develops faster than a boy. Scientists are continually studying the stages of child development and found the area of the brain that controls social skills in a girl grows faster than that of a boy. Scientists also look at a wide spread of other things like genes, and hormones.

Boys, on the other hand, learn their gross motor skills faster than girls (running, jumping and balance). Boys will also be more aggressive and prone to impulse reactions. This is due to the boy’s brain development in the pleasure center. Boys are more likely to take risks like jumping off high ledges or climbing a tree really high. 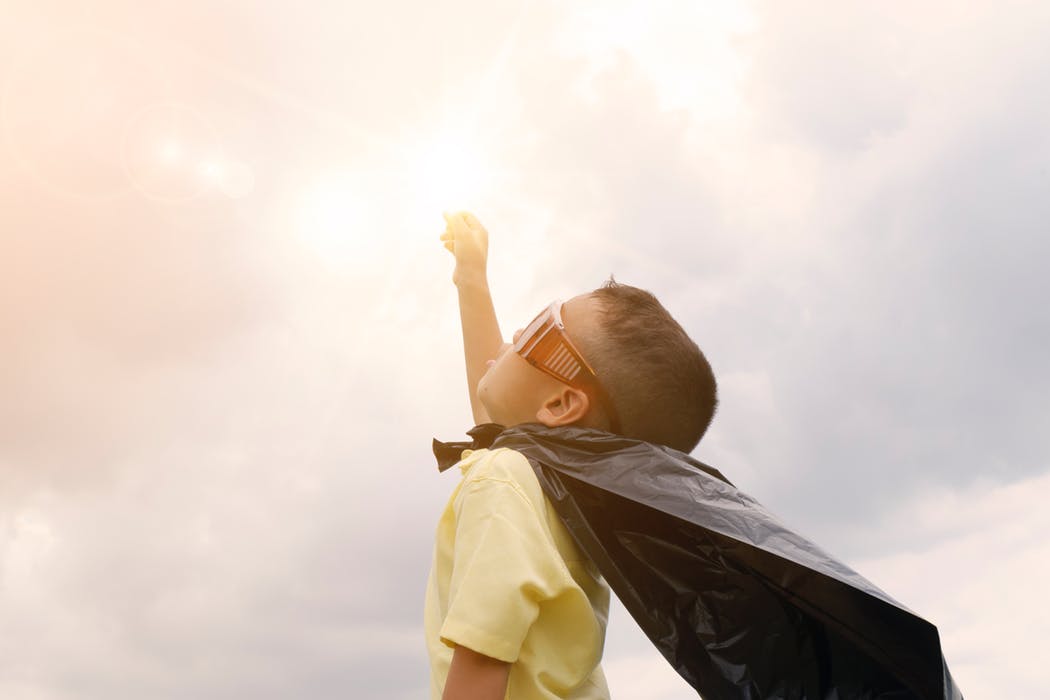 At the age of two, the most significant milestone a child will reach is the age of independence. You will see your child trying to do more things on their own and refuse help with doing tasks. They will keep trying to complete the job like putting on a shirt until they either give up or you as the parent have to intervene.

Some children will fly through this stage and become self-confident quickly while others will struggle. The child struggling with independence will not like to be left alone or at a strange place (i.e., daycare). This is most likely due to their not having developed self-confidence yet. 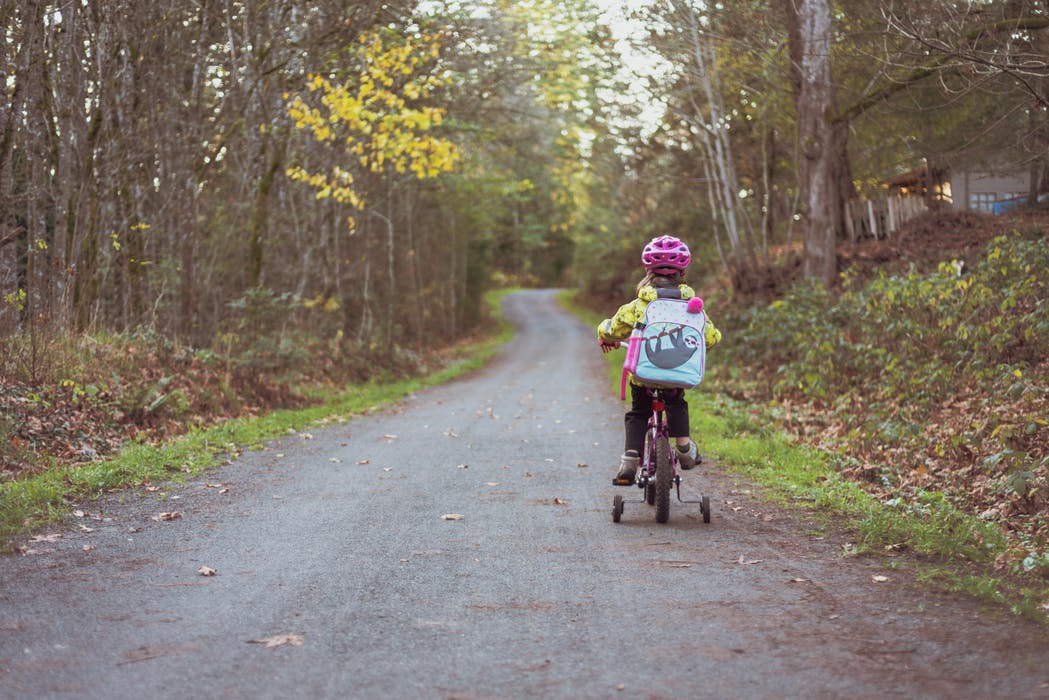 Another significant milestone is self-awareness. Children learn to copy the behavior of others and then internally determine if they are comfortable with that behavior. An example is your older child reads a book to grandma with the family watching. Your two-year old’s wants to try to dread as well but he is nervous with everyone is watching.

That feeling of nervousness might not be something they understand or can verbalize. If the child begins to show outward emotion, the parent should be able to realize they are nervous and help the child know what they are feeling and how to deal with it. Letting them know it is ok to be nervous.

The American Academy of Pediatrics has a recommended milestone testing that should be done at the age of 24 months and 30 months. At this time, your pediatrician will know if your child is not meeting the standard milestones. 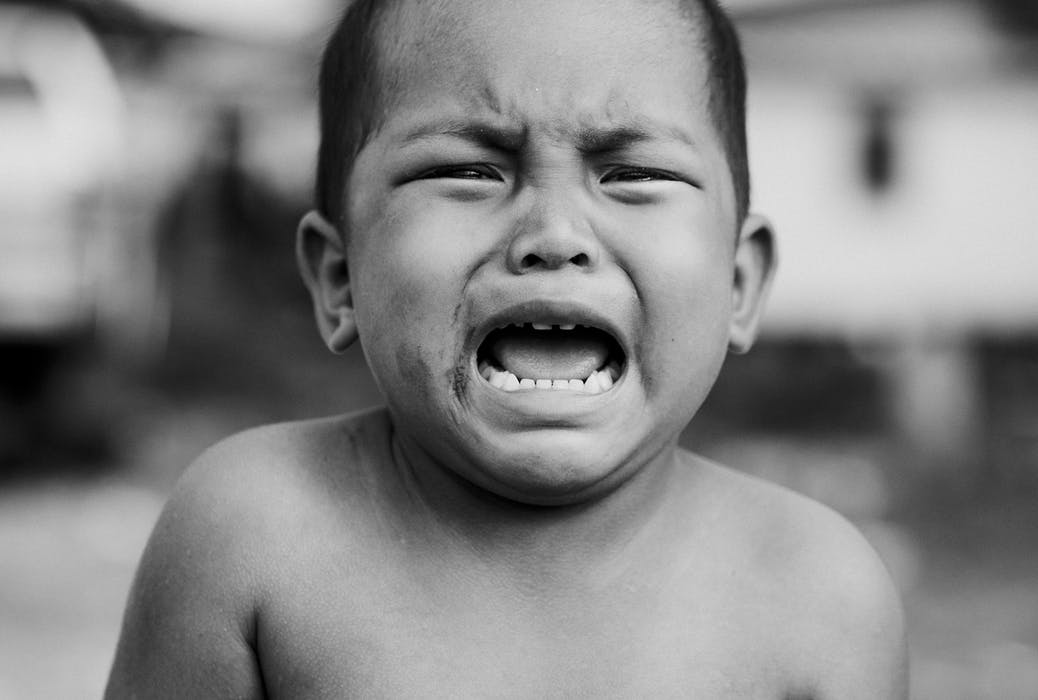 This is a hard emotion for a child at this age to handle. A two-year-old only knows two things. They want it, and they want it now, but cannot seem to get it. This can cause confusion for the child. The "I will" vs. the "I won’t." For example, trying to pick out one’s clothes for the day. Seems like a simple task, but to the mind of a two-year-old, the decision to wear or not wear something can be a huge decision. This can cause a conflict in a young child and intervention from mom is probably necessary. Thus, your child may act out the only way they know how and that is usually in the form of a temper tantrum.

At this age, self-confidence can vary and is really based on an individual child’s social setting and on parenting practices. Experts look at things like the social setting a child is in, the structure of the family (siblings vs. only child) and where the family lives (urban vs. metropolitan). These can all contribute to behavior patterns or issues for a two-year-old. Some argue that a child’s behavior is more dependent on life experiences than it has to do with gender. 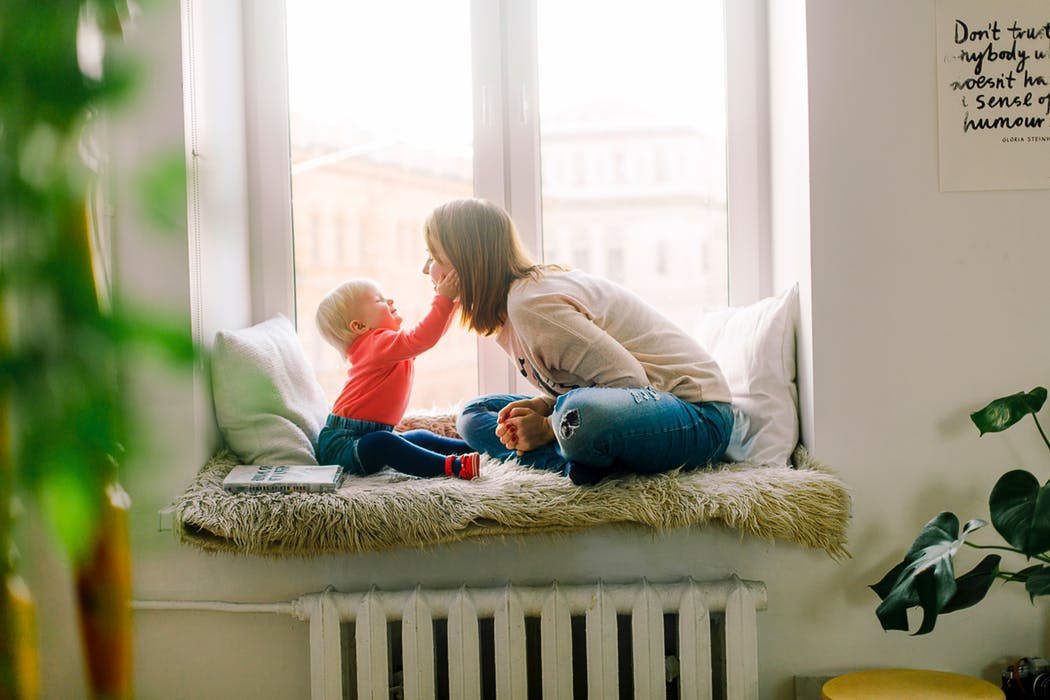 They should also be able to say a couple of simple short sentence (about two or four). The may not be fluent, but they should make sense and have a point. Children at this age may not be able to say the full sound and may abbreviate the word (many call this baby talk) due to not being able to say sounds like "sh," "ch" or "r." This is very normal, and these sounds will come with practice.

In addition, you will find that two-year old’s start asking a lot of questions. They want to learn about things, and as a parent, you should be taking the time to show them new things and explain what things are.

Should you as the parent see that your child is not using the word correctly or use two-word phrases like "play now," you should consult with your pediatrician. 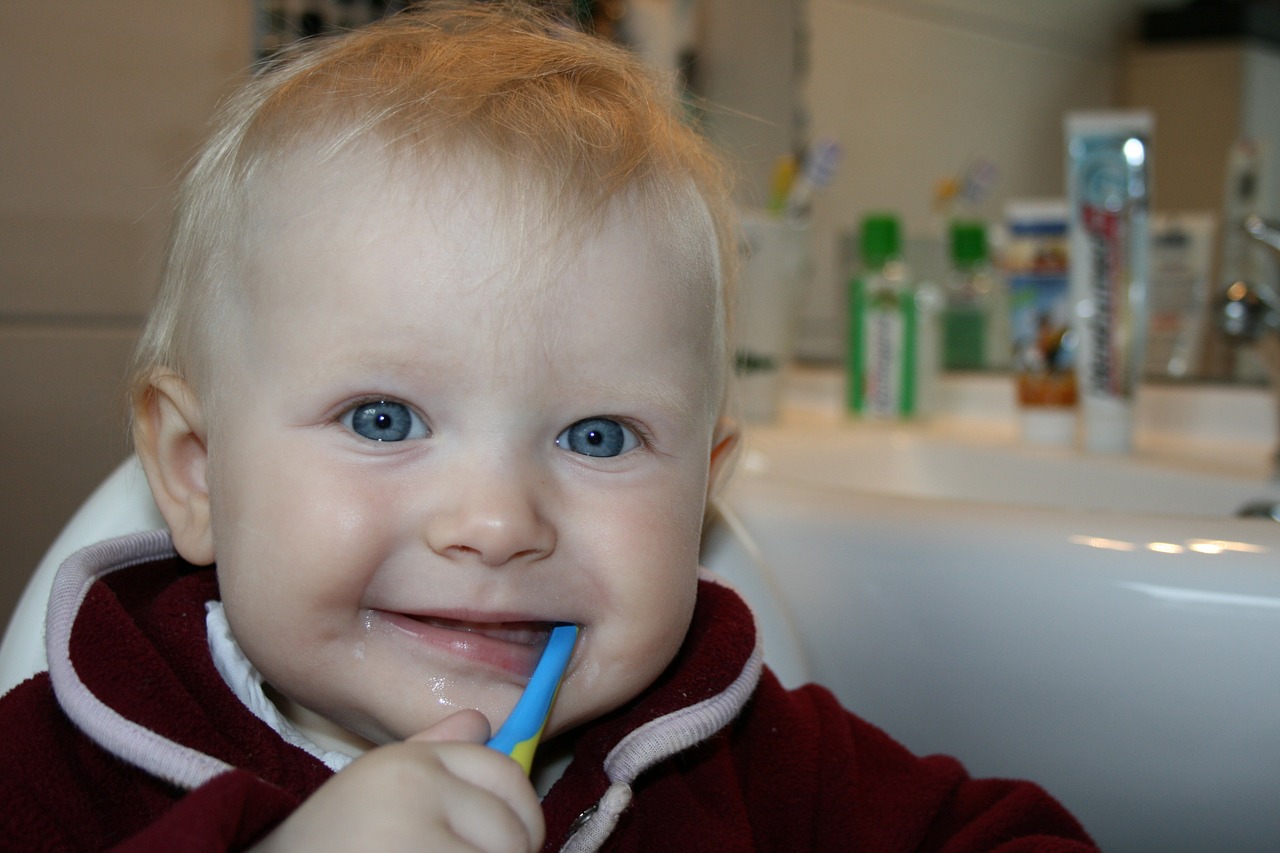 Teething starts earlier than two years old so many moms at this point are aware of how difficult it can be for a child to break in a new tooth. The difference with a two-year-old is that their molars are coming in. These molars are more painful than the one-year molars are these are larger and have double edges.

The signs that a molar is coming in can be crankiness due to lack of sleep and a lot of drooling. Additionally, you may find that the child will always be chewing on something or pulling on their ear a lot. This can be confusing as a child will do the same thing when they have an ear infection. But in actuality, the child is pulling to try and alleviate the pain. Finally, they may lose their appetite and not want to eat as it is painful.

Some remedies for this teething phase is such things as offering soft foods at meals or cold foods such as yogurt or smoothies. Teething toys that are slightly chilled can help numb the area where the tooth is coming in. There are also medications that can be given but always consult with your pediatrician. 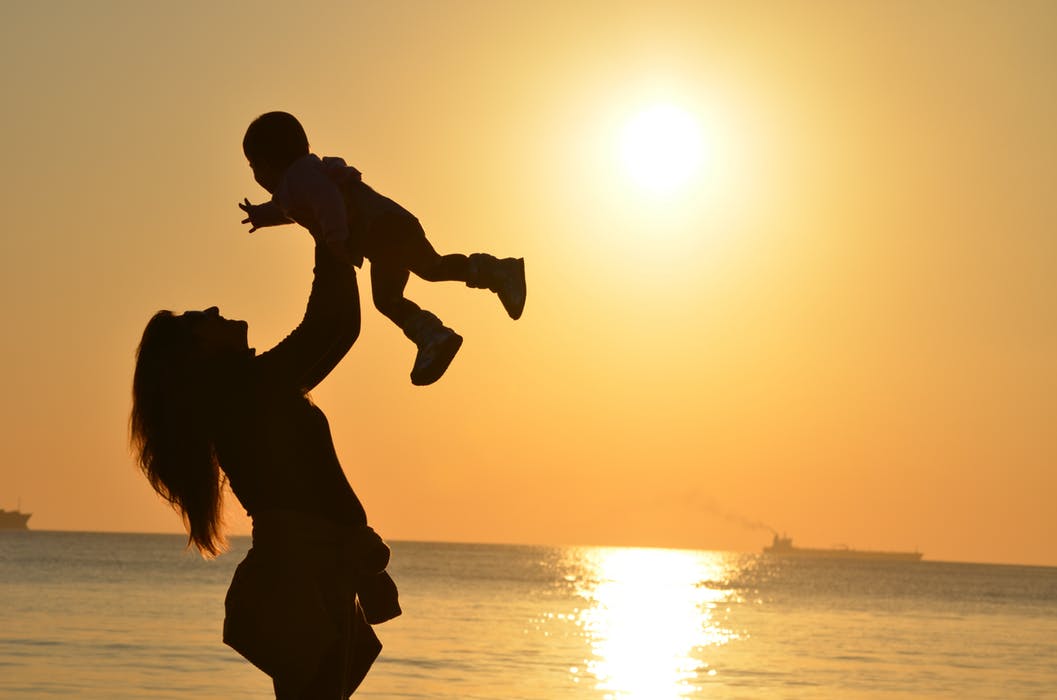 Being two can be an awkward age for many children and parents should learn to have a lot of patience during this age. It is essential to help your child learn to be independent and social, but at the same time allowing them to learn by themselves.

It is best to watch your child’s behavior and recognize when you can help and when you should leave them be. Your child will get frustrated and have temper tantrums, but that is part of their learning curve. Just remember it is not personal and always let them know you love them.