Who is Paris Hilton - Bio and Age

Paris Hilton; we all have probably heard her name or seen her somewhere, but not all of us actually knows her story and how she became the huge star she is nowadays. From her very well known last name, Hilton, to her major appearances in many productions, she is one hell of an icon that is worth knowing more of.

Paris Hilton was born in New York, United States, on October 25th, 1980, which means she is 38 now.  As her last name might be somewhat familiar to us, she is to be the heir of the Hilton hotel chair; her family's prestige and fortune kind of predestinated her to be a famous person since her early years, but she decided that she wanted to win her popularity herself by being an actress and model. As years have gone by, Paris is now a sexy young blonde that has certainly gained fame, and not only because of her job. Apart from her movies, shows, and her first record, scandals are also a part of her curriculum. She pretty much has done everything there is on the checklist to be young, rich, famous, and worth a tinny bit of jealousy. 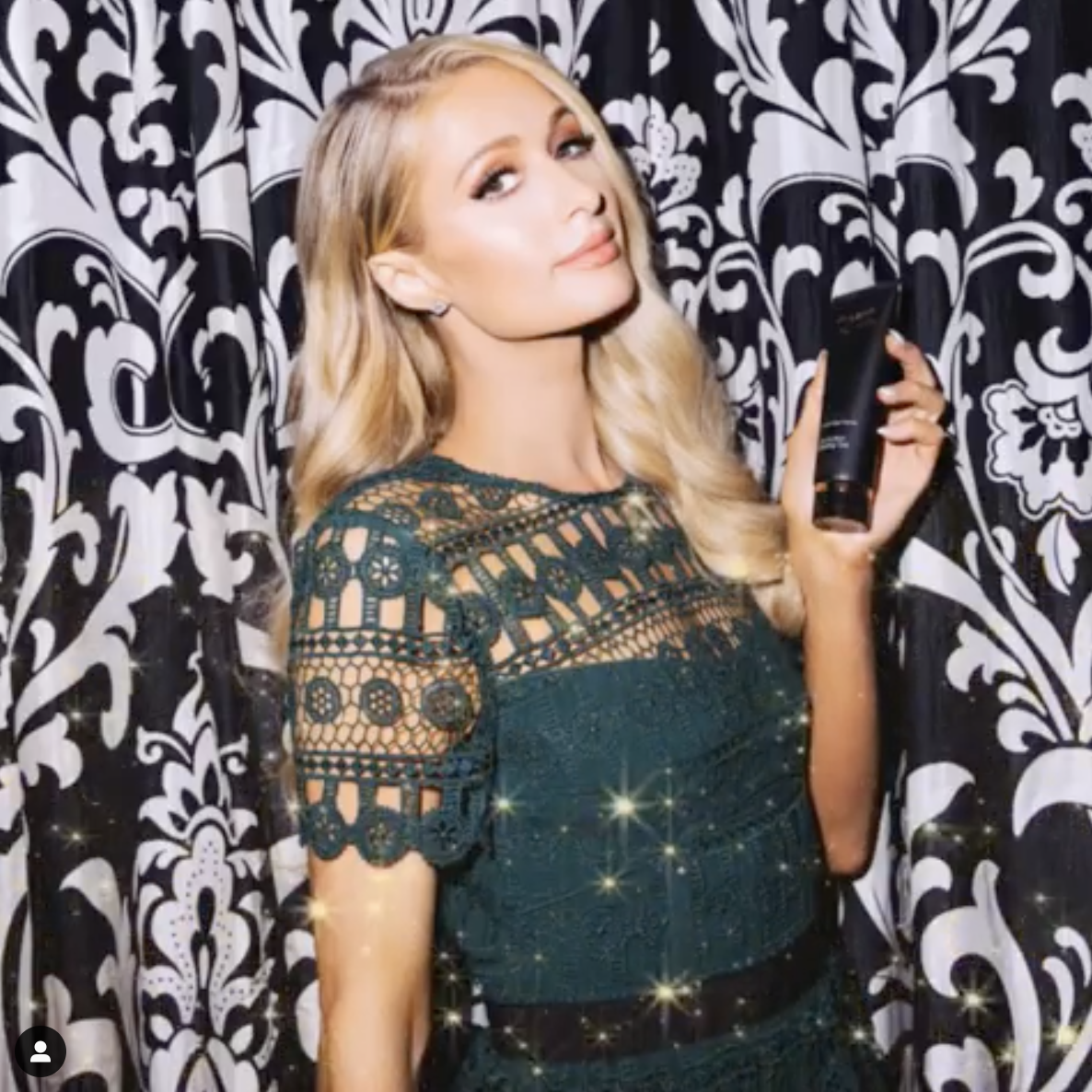 As we all may have heard, Paris Hilton has been the head of many scandals and gossips that have made her as famous as she is now. Truth be told, the actress, model, businesswoman, and even best-selling author, started to get known in 2003 thanks to a video that appeared on the Internet.

This so-called video, One night in Paris, was all over the Internet just before Paris' show had begun that year. In it, Paris Hilton stars wild sex scenes with one of her ex-boyfriends. It was such a huge thing that there were a bunch of official and non-official web sites dedicated exclusively to showing this tape and talking about her.

Then, yes, Paris Hilton is another name on the list of people that have become famous thanks to a sex tape. Wild, right? 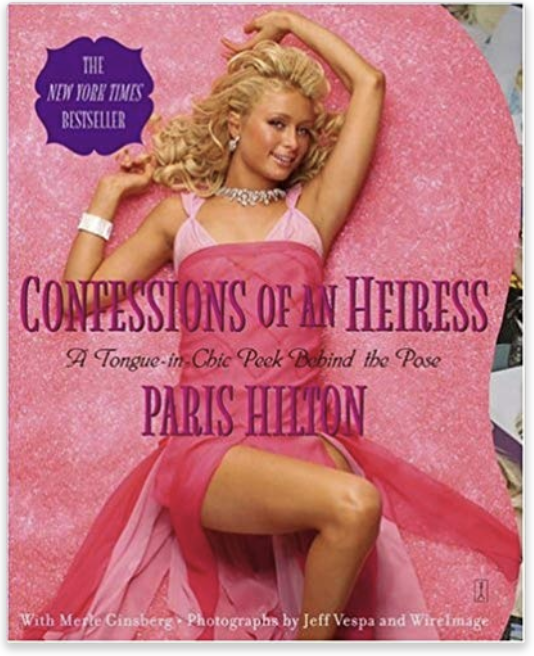 Confessions of an Heiress: A Tongue-in-Chic Peek Behind the Pose: Paris Hilton
Source: Amazon.com

Paris Hilton isn't a model or actress only. She has become an icon for young people all over the world, and her image is a synonym of commercial success for everyone that makes her a part of their products or brand in any way. Of course, she gets the best out of this by using her name in perfumes, jewelry, and she even has the opening of Paris Clubs as a future project. Her popularity has also made her star plenty of fashion campaigns, and the brand ' Guess' is one of them! 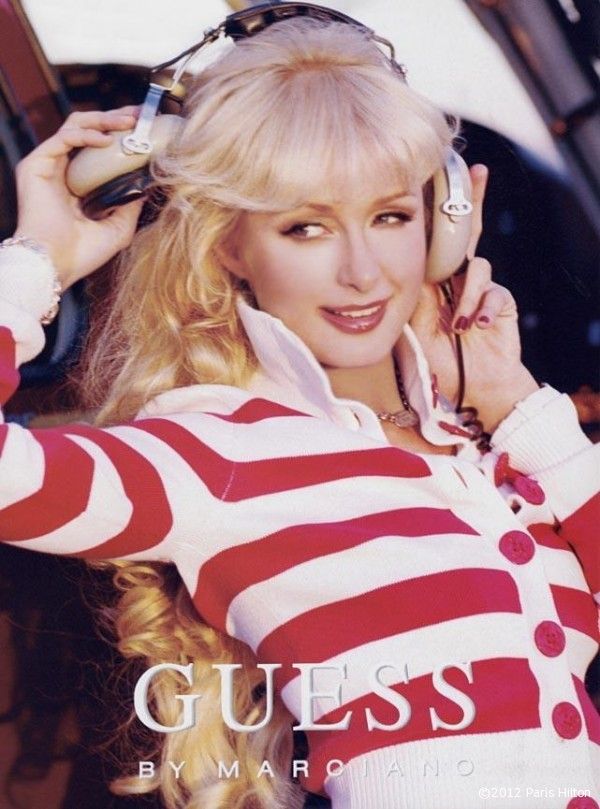 After dedicating herself to modeling and staring in some major scandals, Paris Hilton decided to show her talent in acting. She had her first opportunity to be on TV as she appeared on some production and she even gets her own show. The year that, no doubt,  marks her take off in the TV world was 2003. At this time, she was participating in many American series and TV shows: Cartier Showroom, ET- Tv, MTV Awards, and others. Also, she collaborated in productions like The O.C, Veronica Mars, Las Vegas, and The George Lopez Show. She even presented Saturday Night Live. She must be good, right? 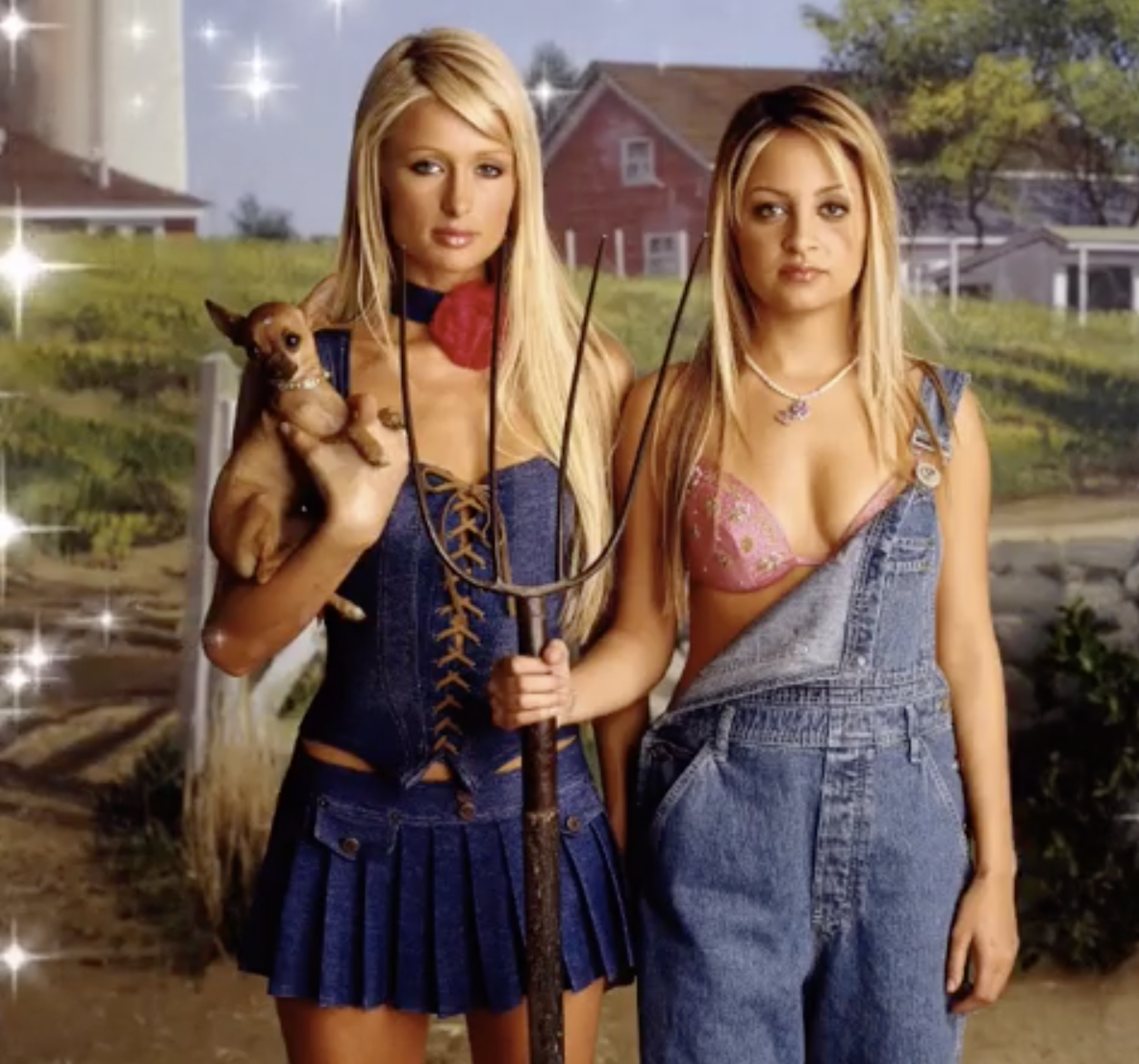 The real dream for Paris Hilton was made true when she got her own TV show, The Simple Life. It was a reality show in which she showed her life with her best friend at the time, Nicole Richie.

FOX scored a hit with this program, which was a huge obsession for loads of people that lead its first season to become one of the most successful in TV history. In it, Nicole and Paris worked and lived without any money in a farm in Altus, Arkansas. Yes, it was extremely fun to see two women from good rich families in these conditions.

The first The Simple Life edition got such good results that two other seasons of the program were made. In the second season, Paris and Nicole had to cross the county from Miami to Beverly Hills practically without money, and in the last, they showed how they managed to work in common jobs throughout America.

Related Article: Celebrity Mom Cardi B speaks up about Motherhood 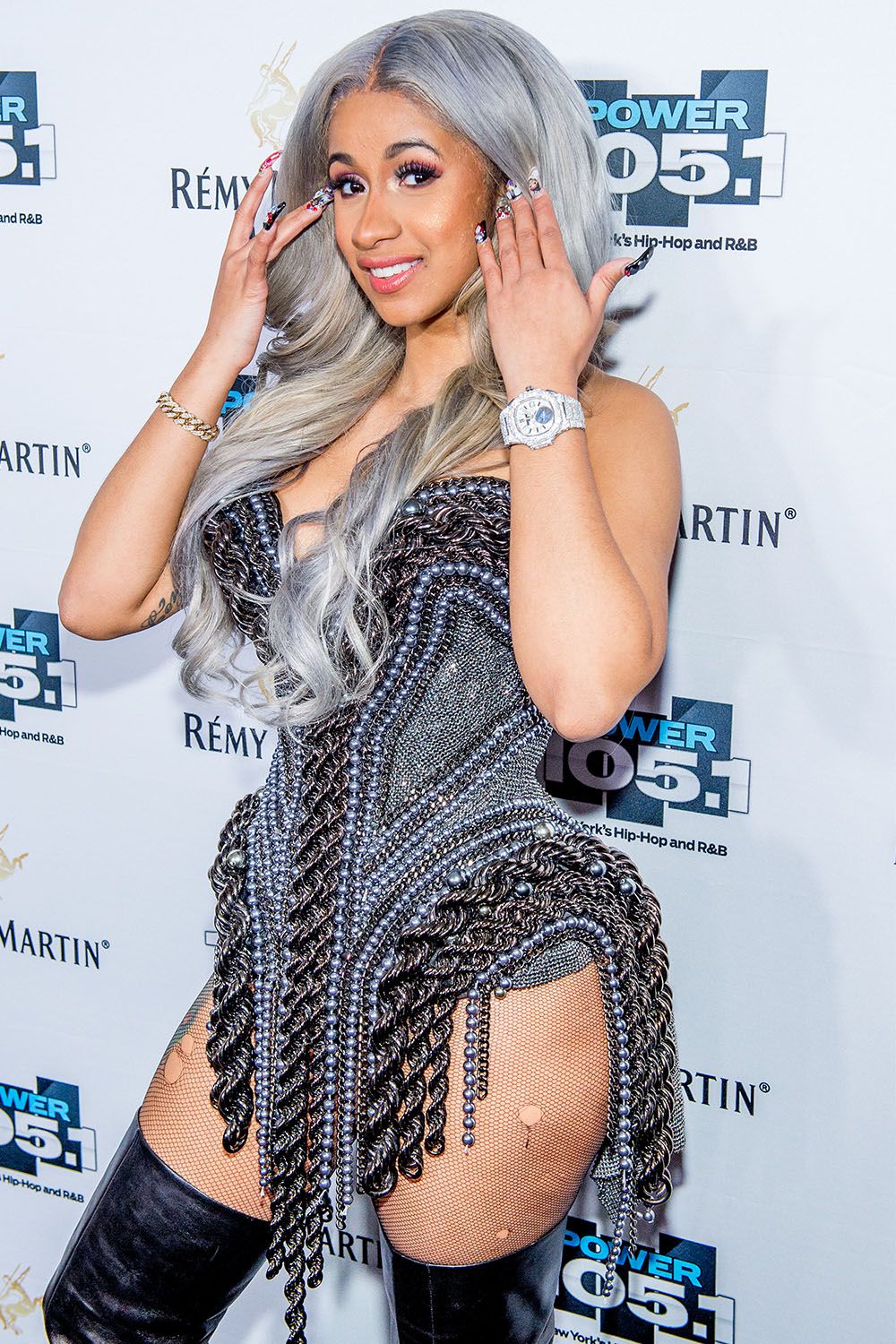 As we said before, one of the objectives in Paris life was to become an actress. Since her experience as a model and in the world of TV, she never doubted on trying to jump into the big screen by making small apparitions in some films. Titles like Raising Helen, Zoolander, and The Cat In The Hat are some that mark her beginning in the cinematographic world.

It is not until the filming of the teenage horror movie The Wax House that she has the opportunity to show her interpretative talent as the main character. She parctically made her face known in cinemas form half of the world with this movie since its release at the beginning of 2005.

Paris Hilton's cinematographic career doesn't stay here. Throughout 2005 she combines the filming of Bottoms Up with apparitions in other movies, earning so much more field in this world. 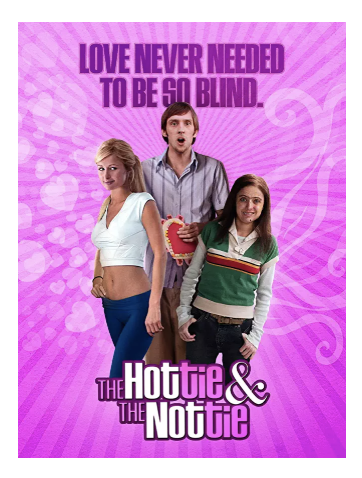 Watch The Hottie and the Nottie
Source: Amazon.com: Prime Video

Even though she is known for her artistic work, Paris can't deny her last name nor her family. She is the daughter of Richard Hilton and granddaughter of the founder of the Hilton hotel chain. Because of this, her family reputation has accompanied her since the day she was born.

Thanks to the fame Paris has gotten since her teenage years, her mother and her sister Nicky have hopped on her popularity train and have also given their image for different things. In fact, her mother has an NBC program in which she teaches etiquette to 14 contends, which is called I Want To Be A Hilton. 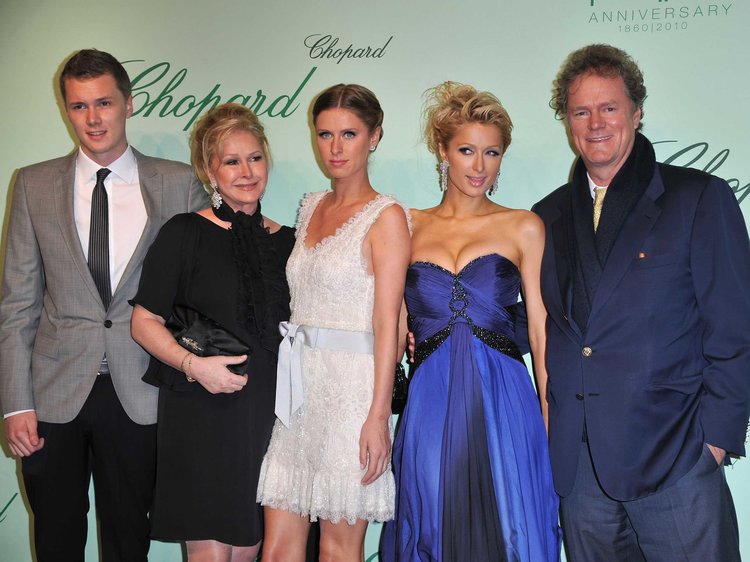 Paris is the heir of one of the most important hotel empires in the world; the Hilton chain. Valued over 300 million dollars, it is a leading group that counts with establishments in the biggest cities in the 5 continents of the world. All of them are characterized for their elegance and the service's efficiency, which has given them the huge prestige they have internationally. The chain is so big that it has 8 different brands under its name:   Hilton Brand, Conrad Hotels, Doubletree, Embassy Suites Hotels, Hampton Hotels, Hilton Garden Inn, Homewood suites by Hilton y Hilton Grand Vacations Company.

The number that this empire moves are completely astonishing. It has over 2 thousand hotels, which represents over 335 thousand rooms, and about 70 thousand jobs. Mindblowing, isn't it? 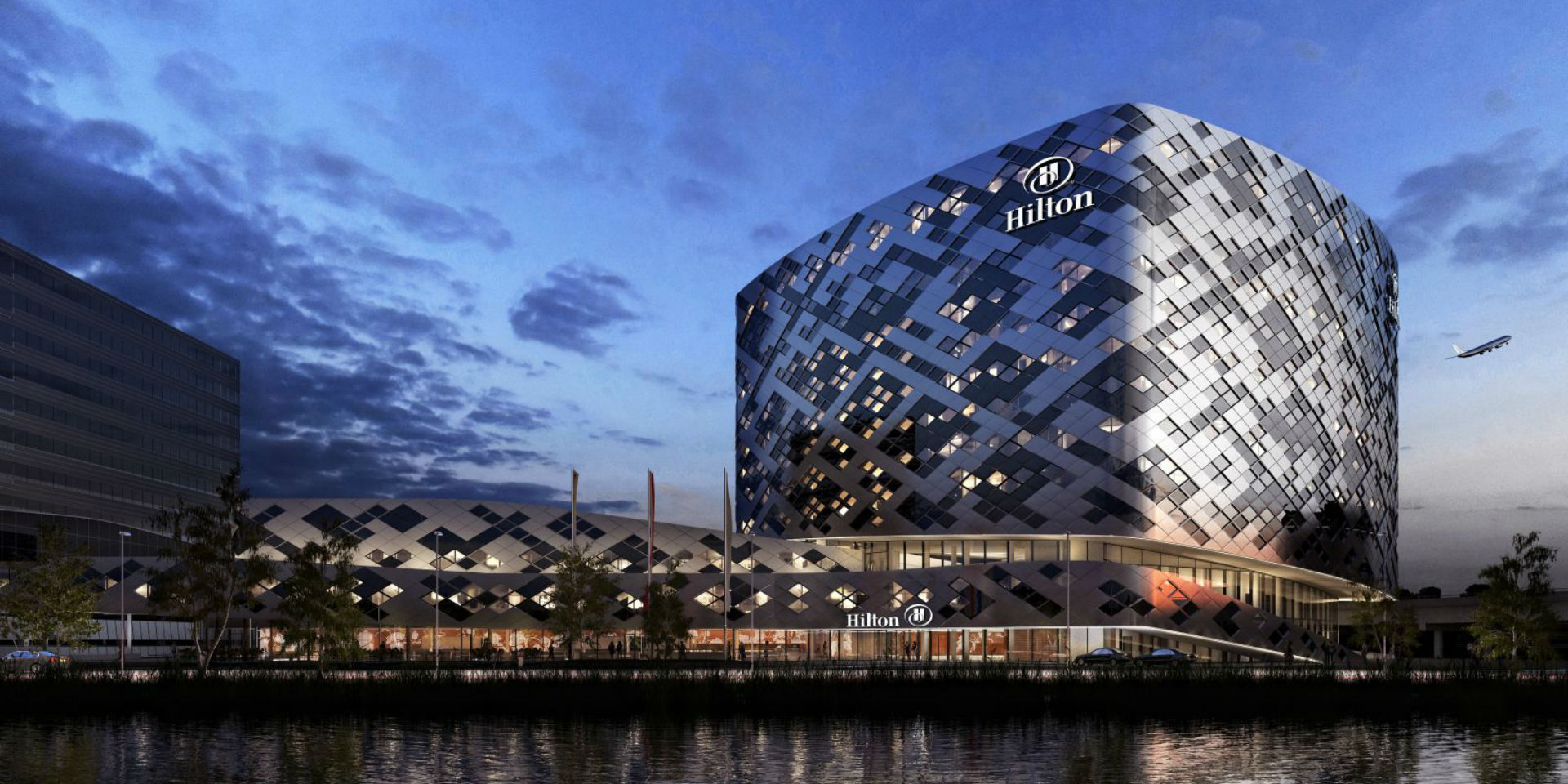 As one of the richest females in the world, Paris Hilton's net worth is estimated to be $300 million. She basically sleeps in a bed made of dolar bills. Dope. 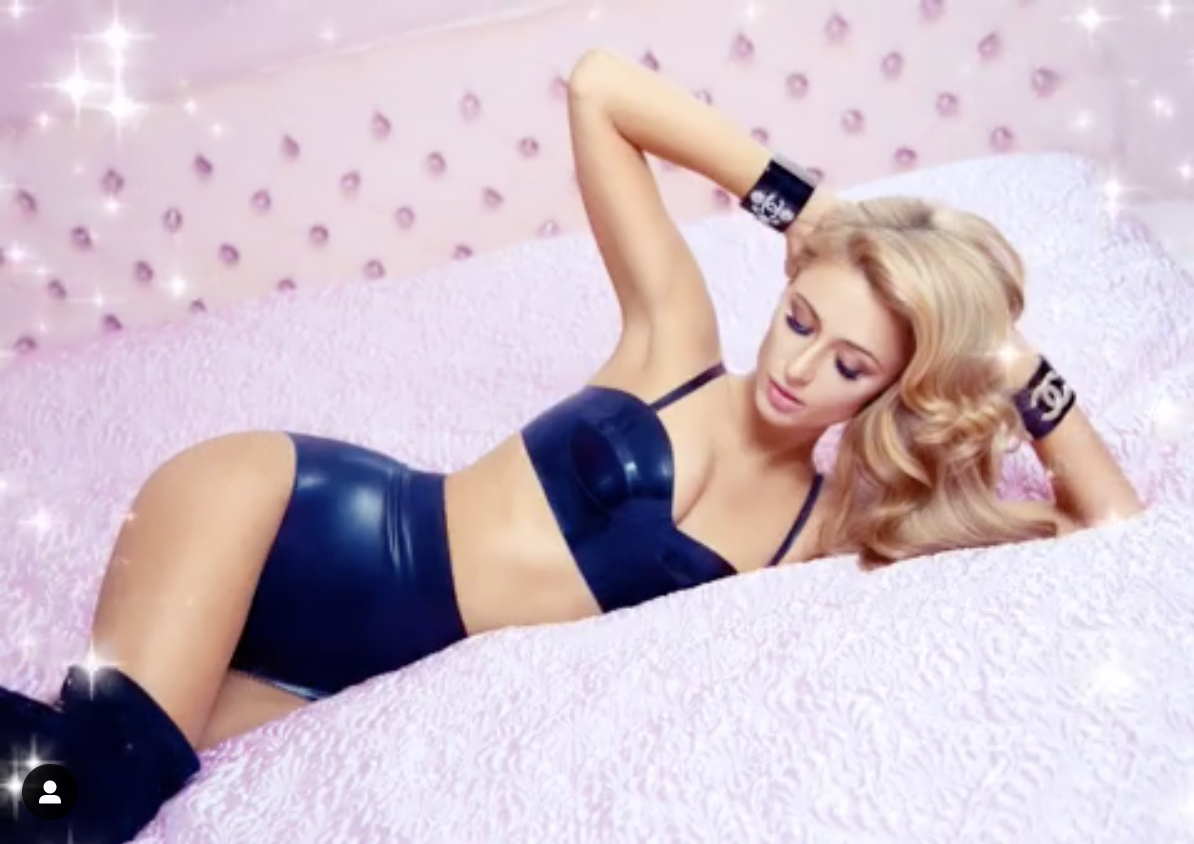 Paris Hilton has a long curriculum in many areas, and dating doesn't stay behind. With 24 suppossed boyfriends over the past 18 years, from Leonardo DiCaprio, Afrojack to Jared Leto and Cristiano Ronaldo, Paris has had her fun in the love world.

After all these years and men, Chis Zylka was thought to be the end of her long list of dates with their recent engagment, It happened before 2018's new year during their ski trip in Aspen with a 2 million diamond ring, couldn't it be more perfect? Well, actually, it could, as they called it off around November that same year.

From then on, Paris has shown to be completely single, as there is no signs of any new conquests, which is kind of impressive for her. Maybe she was hurt after this engagement after all.

After reading so much about Paris Hilton, there is no question on why she is so enchanting and famous all over the world. From her beauty and style to her talents and acquisitions, Paris Hilton is a true star who is worth fangirling over. I guess we all can be a little inspired by her in specific ways, I mean, she has done so much in life regardless of her name and family, which shows us we don't have to be born in piles of money to be successful. Of course, she has got the hotel empire, which made things way easier for her, but we can't deny the fact that she deserves what she has got. Pretty interesting star, isn't she? 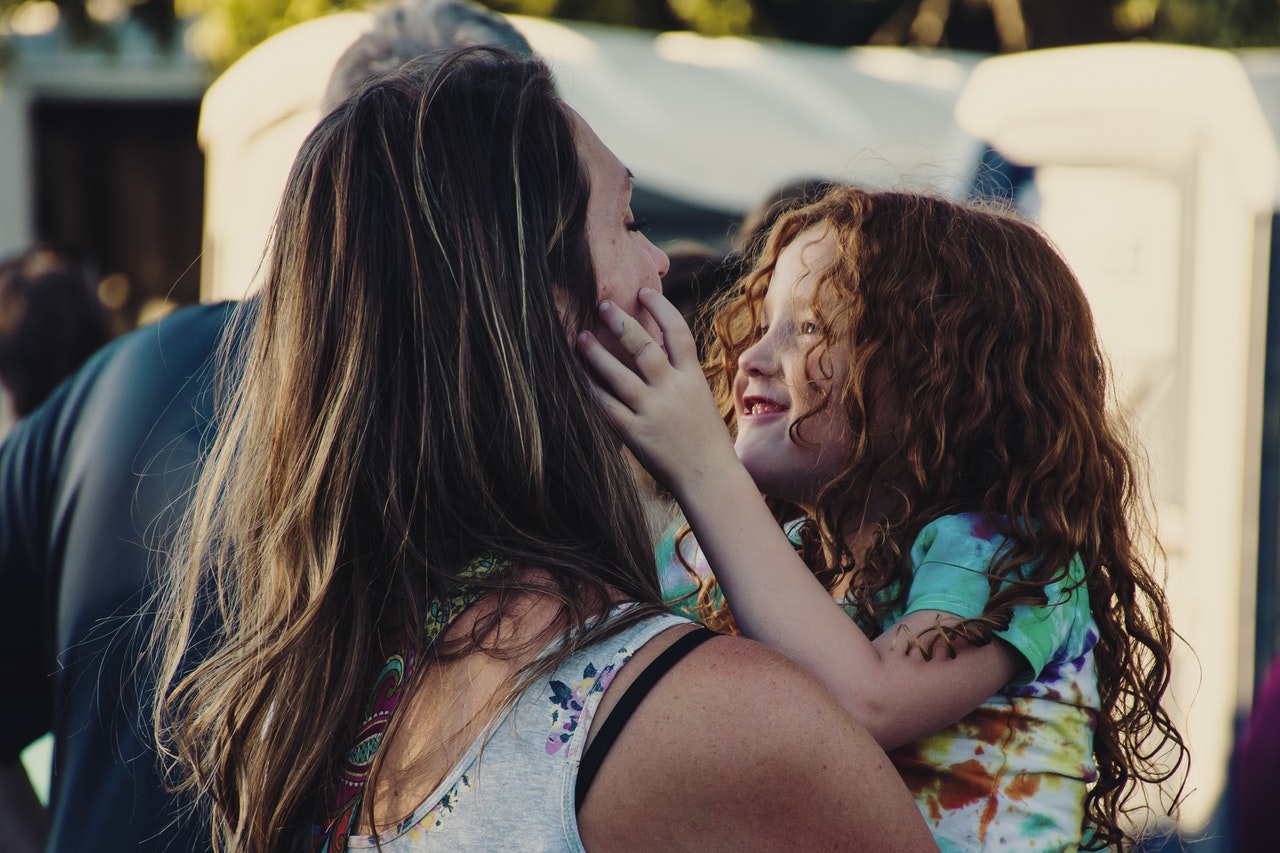