The Definition Of A Date 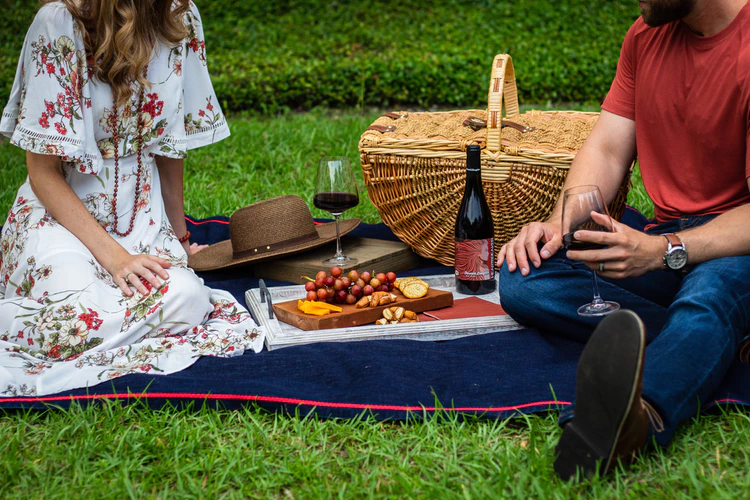 When two people get together with the intention of getting to know each other better for the purpose of exploring the possibility of romance, it is considered a date. The word "date" is often used to identify a get together between two people who are interested in having a romantic relationship with each other. In the past when people talked of dating it meant one thing ‘’courtship’’ but in today’s high tech world the concept has become very complex and the lines so blurred that sometimes you can’t even tell if you’re dating someone or not.

“Dating” today can mean so many different things, like for example are you seriously dating, casually dating, friends with benefits, speed dating, hooking up, blind dating? How do you know which type you find yourself in? Let’s take a closer look and help you define your dating situation. 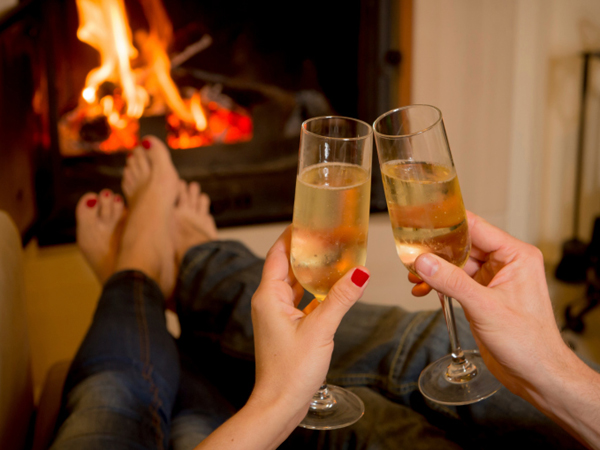 There’s a distinct difference between dating and hanging out,  a date implies there’s a future for a relationship while hanging out is just to pass the time, no strings attached, just hooking up. An example of date could be going to the movies, dining out, going for coffee or drinks, whereas hanging out is staying out home to watch Netflix, seeing each other late at night, going to a bar, etc. With hanging out there are no plans or intentions everything is in the moment.

Hanging out is not exclusive, you could technically hang out with anyone. You could hang out with Netflix, your dog, coworkers, strangers and people you don’t even like. There’s nothing special about hanging out.

Signs It’s Not A Date

These are some of the red flags and tell signs that though you're spending time with someone, you're not dating. The lines have become so blurred, it's hard to tell if you're just hanging out or dating but these signs will help you know where you stand. 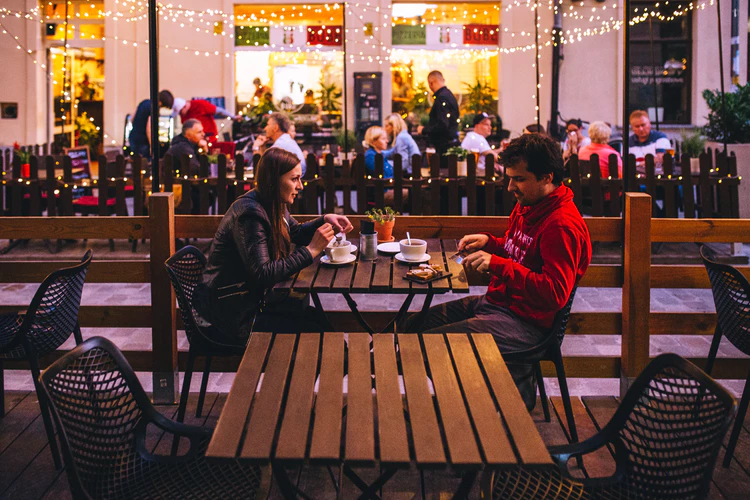 1. Activities you do together

Generally, when you’re dating, you both go outside and stuff, it doesn’t really matter what you do it’s about the experience and spending time together. But if you do not do any activities together, or you do things that do not require any real commitment, all you do is meet indoors or at night, you get texts that say ‘’ come over’’ or ‘’wanna hang out’’ it’s certainly not a date.

When you're often introduced to others as ‘’ This is my friend’’ then it’s not a date. If it’s a date you’ll be introduced as ‘’ this is my girlfriend/boyfriend or ‘’ This is....my date’’. They hold your hand out in public, wrap their hand around you or find ways to touch you in front of their friends. When the person you're with doesn't introduce you to the people in their life, not necessarily family but friends at the very least know you're just hanging out and not dating.

When the other person does not make any effort towards pleasing you like they don’t care to dress up when you have to meet or to clean up their room when you’re coming, know it’s not a date. It doesn’t have to be anything extraordinary, just small stuff like giving you a ride, asking about your day, letting you pick the movie, dressing up for you, when a person is interested in you they’ll go the extra mile especially at the beginning of a relationship, if they aren’t then it’s not a date.

If you’re with a person and they see other people too when both of you haven’t agreed on it, or maybe you never talk about your beliefs, expectations, and plans then sorry it’s a clear sign that you’re not dating. Unless both parties have verbally agreed to be casual and spend time with other people, not being exclusive means it's not a date. It's very frequent to find situations where one person thinks it's a date and is exclusive while the other thinks it's casual and they just hanging out. But as long as you're both on the same page and are fine with it, all is good.

Unlike in the past, dating today comes in all forms, the term itself means different things to different people. It has been tailored to meet individual needs instead of being a standard concept as it used to. Let's take a look at the most popular forms of dating or types of dating available out there. 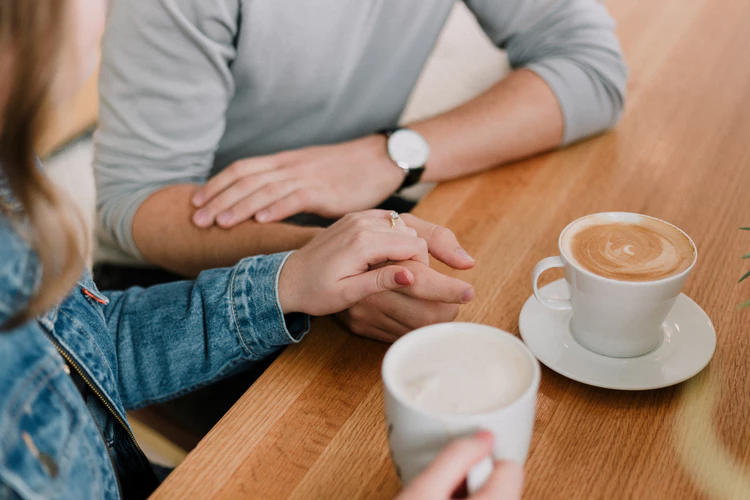 Serious dating is when two people date only each other, they’re exclusive and consider themselves a couple. Serious dating involves commitment and monogamy. This type of dating is undertaken with the intention of marriage, kids, and family. Serious dating is intentional, a couple spends time together to get to know each other for the purpose of marriage. They introduce each other to the important people in their life: parents, family, friends, spiritual community, etc. Some couples may travel together or will try living together

Speed dating is generally set up by an organization or dating service. People arrive at a designated location and quickly spend one-on-one time with other dating candidates. Time spent with each dating candidate varies from 5 to 10 minutes. Speed dating allows people to meet a lot of dating candidates in one setting to see if one or more of them are suitable matches. All you have is a few minutes to make a good impression and hope sparks fly with someone. At the end of the meet participants who like each other exchange contacts and could meet up later. 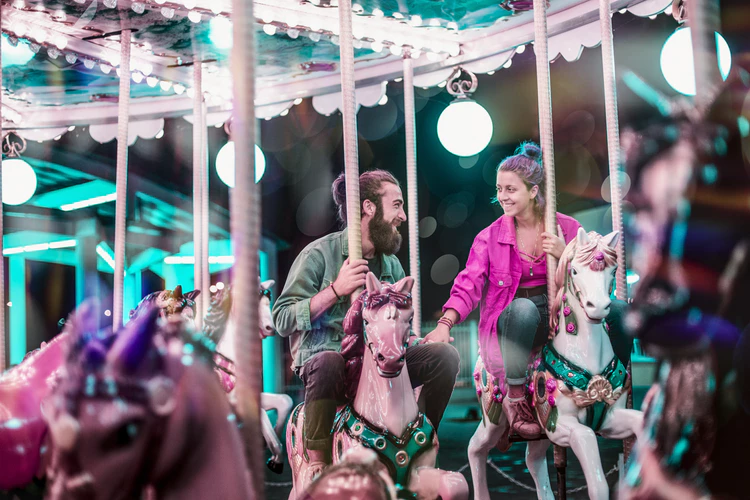 This is when two people who do not know each other are set up by someone else to go on a date. Blind dates are usually set up by friends, family, co-workers or a dating service. With blind dates you never know what to expect, the person who sets it up may give you clues but until you meet it’s a surprise. You don't know what the person looks like or if you two will like each other. Sometimes all you're told is what the person is wearing and where to meet them.

Double dating involves two couples going out together, one couple may be together and decide to set up a date for their friends or relative. Double dating provides a safe atmosphere for two people who are meeting for the first time since they’re will people they know. Conversations a less personal and the mood is lighter. Shy people often prefer this kind of setting and double dating is also popular with teenagers and older adults.

Also known as internet dating, it’s when two people meet and get to know each other over the internet instead of face to face. They chat, email, call each other and even exchange photos online without actually meeting. In recent years online dating has become very popular especially as everyone is on the go and everything is digitized. With online dating, you get to know about each other before deciding if you want to meet or not. And at times what they tell you may not actually be true, you always run the risk of getting catfished, but it works for some people. 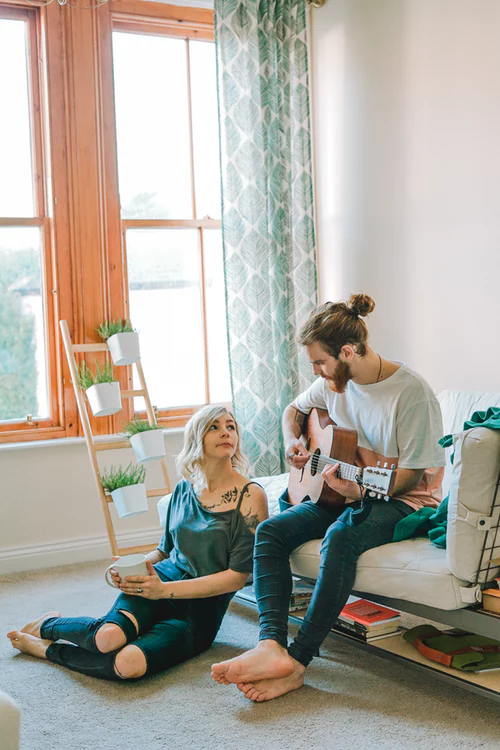 In this day and age of online dating, Sexting and Tinder, the concept of dating have evolved into a whole new concept of care free, go with the flow, no strings attached interactions. Dating as our grandparents knew it is fast disappearing, people no longer want steady and serious dating, they prefer hanging out and keeping their options open. People even meet and start dating online and start planning their wedding without having to meet until the last minute. There are no rules for dating anymore, rather, people go at the pace that feels right for them, following the natural progression of things. It all depends on what works for you and we can’t categorize or say one form of dating is better than the other.

Related Article: The Right Time on When To Say 'I Love You' During Dating 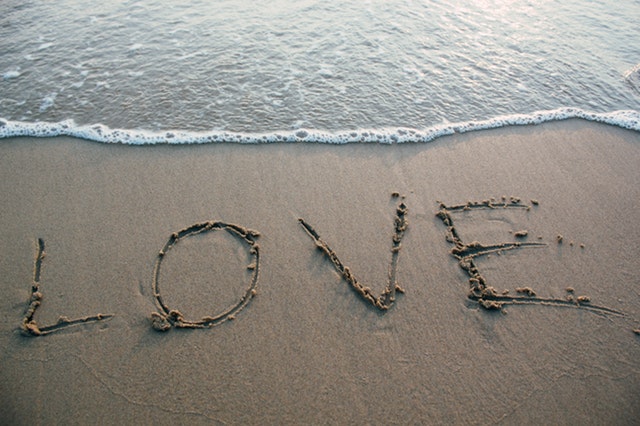 We’ll get straight to the point, there’s no given benchmark duration of time to be spent together before saying “I love you” to someone.