8 Reasons why my wife hates me

Are you here because you're having chips last night and your wife screamed at you for chewing too loud? Do you think your wife hates your guts now and wants you dead? Don't worry (or maybe you should, a little bit), you're not the only one that feels that way. Thousands of husbands around the world are clueless as to why their wife seems to hate them now. What changed?

My wife hates me going out

1. She feels insecure about you going out

Are you the type of guy that gives your wife words of reassurance? There're so many guys out there that think they're just being funny and not think about what they say could really bring out the insecurity in their wife. You can joke about wanting to spank Kim Kardashian's butt or would love to see a stripper, which I don't doubt you really want.

The thing is when your wife asks you whether or not you will kiss a hot girl if she makes a move on you while you're out, and you just jokingly (or so you think) say 'only if she is hot enough'. It's already enough for your wife to distrust you and wants to stop you from going out.

Truth is if you don't even trust yourself enough to say no, why should your wife trust you? So naturally, she hates it when you go out.

2. You tend to have too much fun and go offline for the whole night

Another very common reason to make your wife hate you. A lot of guys enjoy having a crazy night and just hang out with friends and maybe crash at their place after a night out. They don't even check their phone while they're out so they can enjoy the time with their friends. This is not wrong. You deserve to have the best time with your friends. But also remember, you're married. It comes with responsibility.

Don't just get upset when your wife tells you you need to report to her about what you're up to. It's more than just about checking up on you. At least make sure she knows you will be heading to this bar for a few drinks and you may not be able to reply for 3 hours before simply going offline for 3 hours.

You can't just disappear for the whole night and come back home to tell your wife you're just out having fun. Your wife will, of course, be worried when you just disappear like that. She doesn't know if you're just having fun or if something happened. Be responsible and let her know what you're up to and when you will be home and she won't hate you for going out anymore!

My wife hates me when she drinks 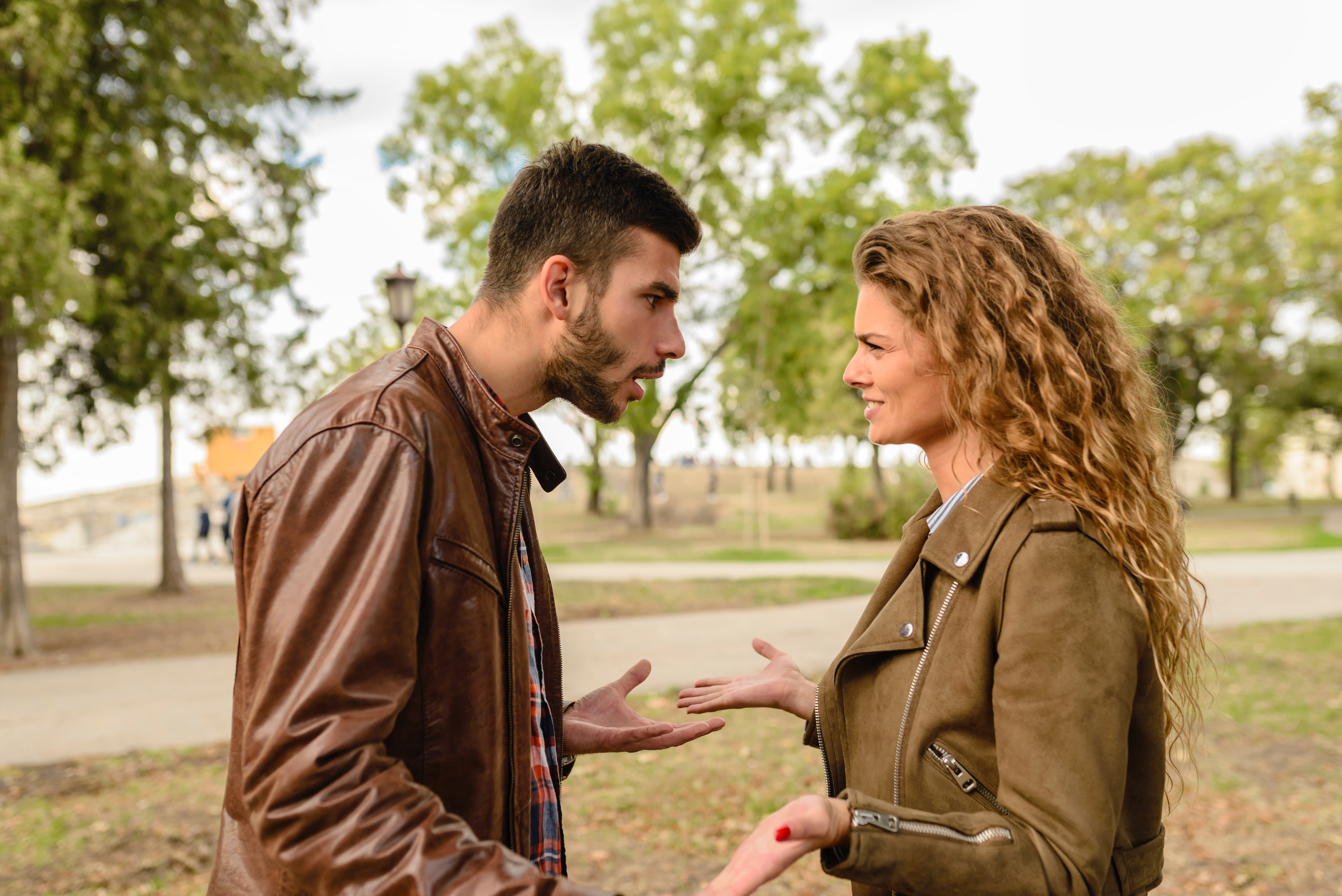 Don't believe it when people say you aren't yourself when you're drunk. It's the opposite. Your true self manifests when you're drunk. Just like if you're not a violent person and you know deep down you've never had the urge to hit anyone, you will never get drunk and just decide to shoot someone, because it's literally not in you to do something like that.

If your wife starts screaming and yelling at you when she's drunk, there's a good chance that you two have some deep rooted issues and you better figure out what it is. Don't think she's just drunk and forbid her from drinking. Tackle the problem from its core.

4. She is having some emotional issues and she doesn't know how to deal with it 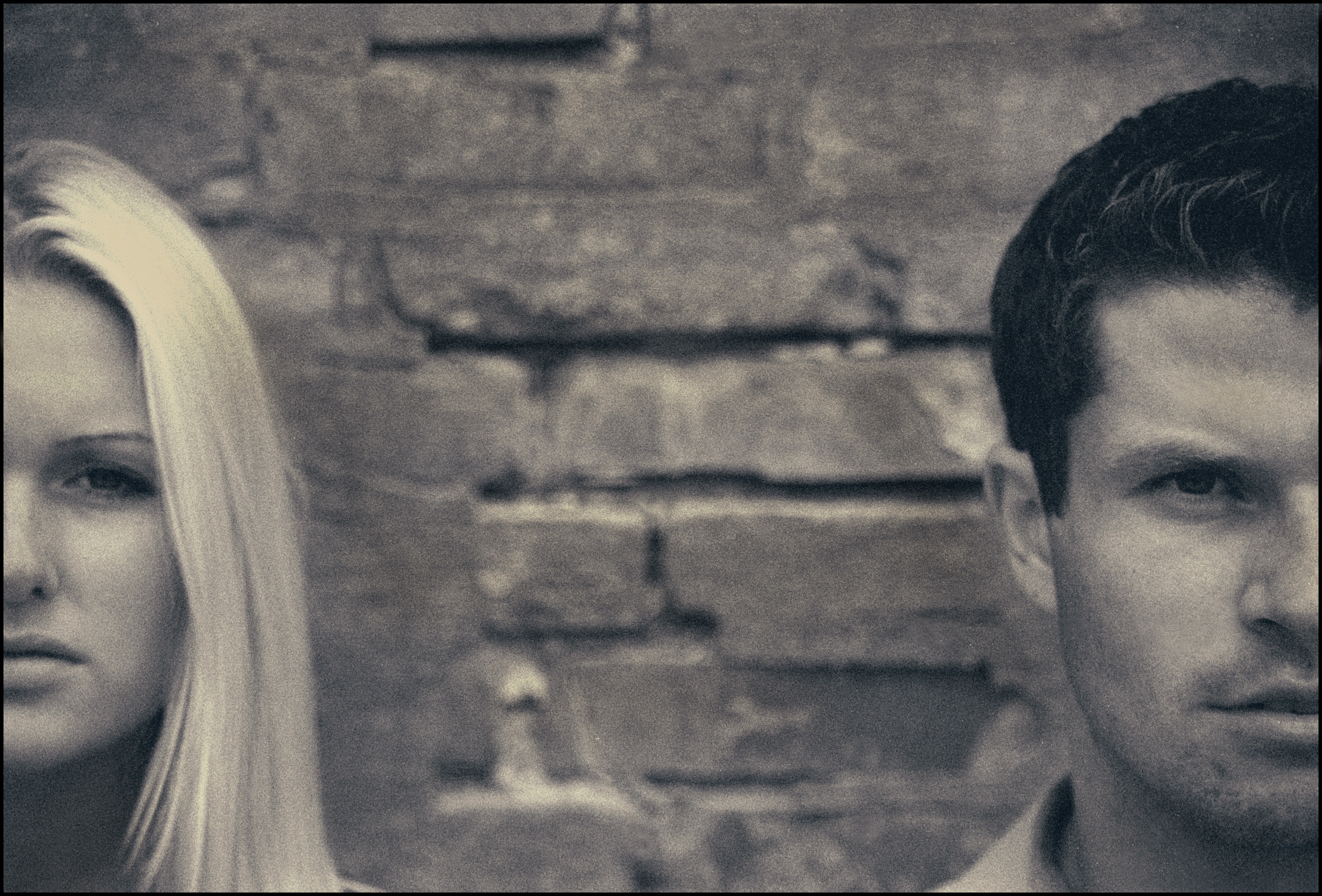 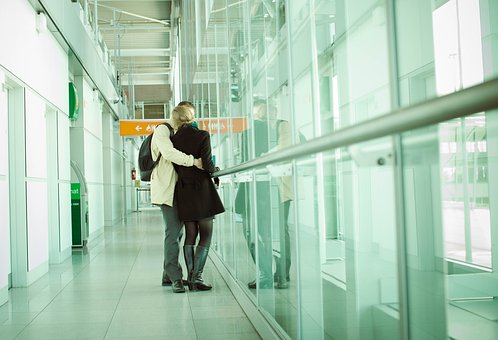 For the tens of thousands if not millions who are involved in a long distance relationship, this adage has brought a great deal of comfort.

Has there been moments in your marriage where you two couldn't agree on something big and important to her and she has been stressing about it? She may be having an emotional breakdown inside as she doesn't know how to deal with it. Maybe she already did try to talk to you about it but it didn't go well.

See if she's been really agitated and doesn't really want to have a conversation with you lately. She could be trying to avoid you as she knows she is only going to scream or get mad at you if you two do talk. Her avoiding you could be a sign of her trying to protect you from her rage as she can't control it.

Deep down she probably really does hate you for it but just doesn't know how to bring it up again since it didn't go well in the past. Getting wasted in her way of getting through this but it also brings out how much she hates you for the decision when she's wasted.

My wife hates me because I drink

5. She thinks you act or talk inappropriately when you drink 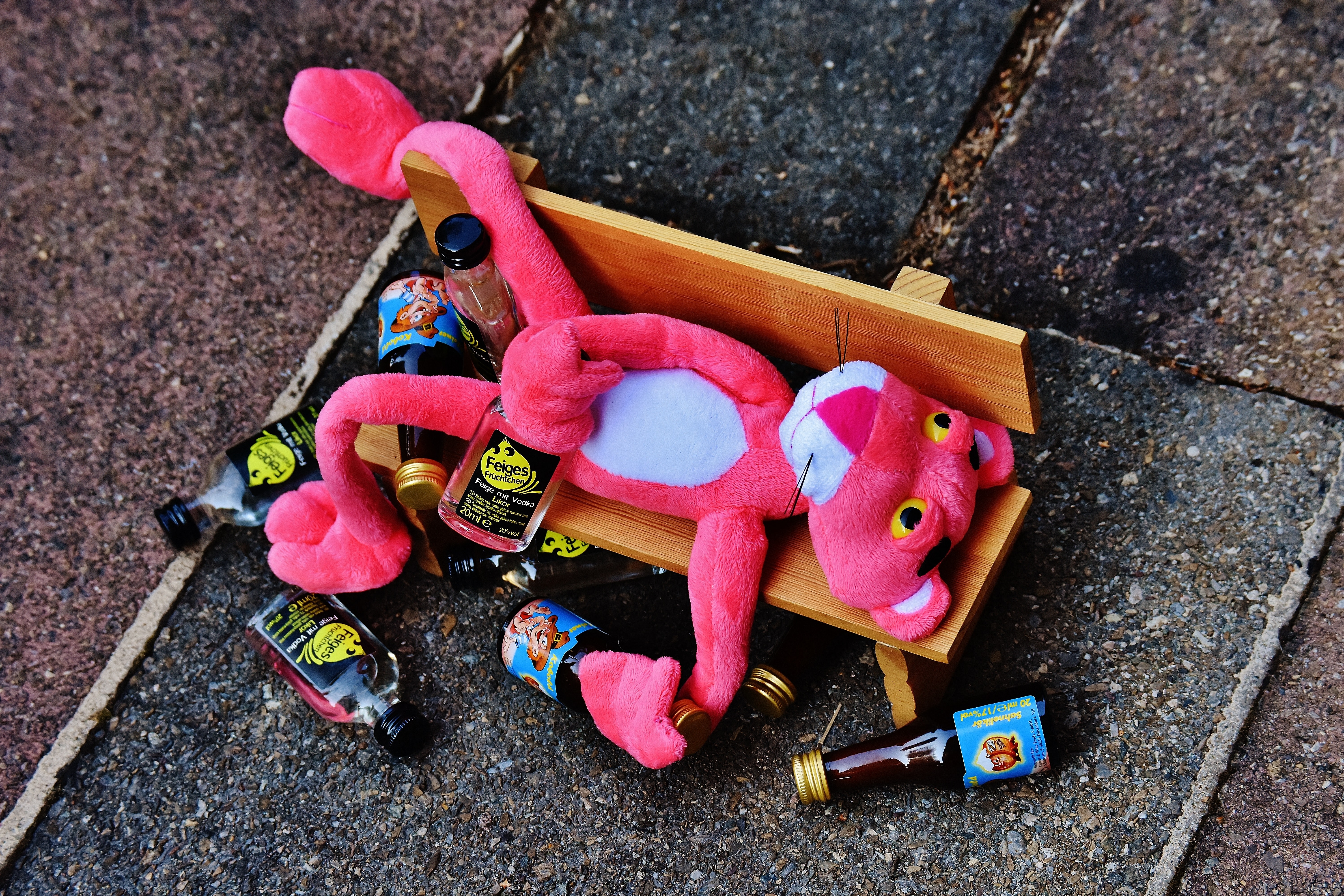 Maybe you don't realise what you do when you're drunk, just like most people. You may do things that're inappropriate to other girls or even get a bit flirty without realising it, but your wife certainly will think it's not okay just because you're drunk.

Or maybe when you're drunk you start becoming mean to your wife, telling her things you don't like about her or bossing her aroudn to do things for you. You may not be able to control yourself as well as you'd like to think and that's why your wife hates you. It makes her uncomfortable and she will tell you to stop drink or just take the drink away from you. Or worse, she will give you the silent treatment when you wake up the next day.

6. You don't know your limit and it can be embarrassing

Some people really enjoy getting drunk in the mud and think it's the best thing in the world, but not for your wife. People should always know their limit and not go over it. I've heard wives complaining about their husband that drank too much on gatherings with friends and started puking everywhere and embarrassing himself and the wife in front of everyone.

If something like that ever happened to you, you can't really blame your wife for being pissed at you. You probable deserve it for what you've done. Just go over to your wife and apologise and tell her you won't do it again (and you better not).

My wife hates me after baby

7. She thinks you're only putting the responsibility on her

We live in the 21st century and we still see it happen a lot that guys just automatically assume girls know how to take care of babies naturally and just leave the responsibility onto them because 'they're girls. They should know how to do it.' No one is born with the skill of taking care of a baby. You're a grown up. Man up and step up for your wife. Help her take care of the little crying monster.

Your wife is probably already sleep-deprived. Just saying you don't know how to do it isn't an excuse. Learn and help out. Your wife is learning how to be a parent just like you.

She will make sure you know when she needs help, most likely by screaming at you at this point since you haven't been very involved lately. Don't get mad if she gets annoyed at you, ask yourself why haven't you been helping out.

8. Maybe she is suffering from depression and it's not even about you 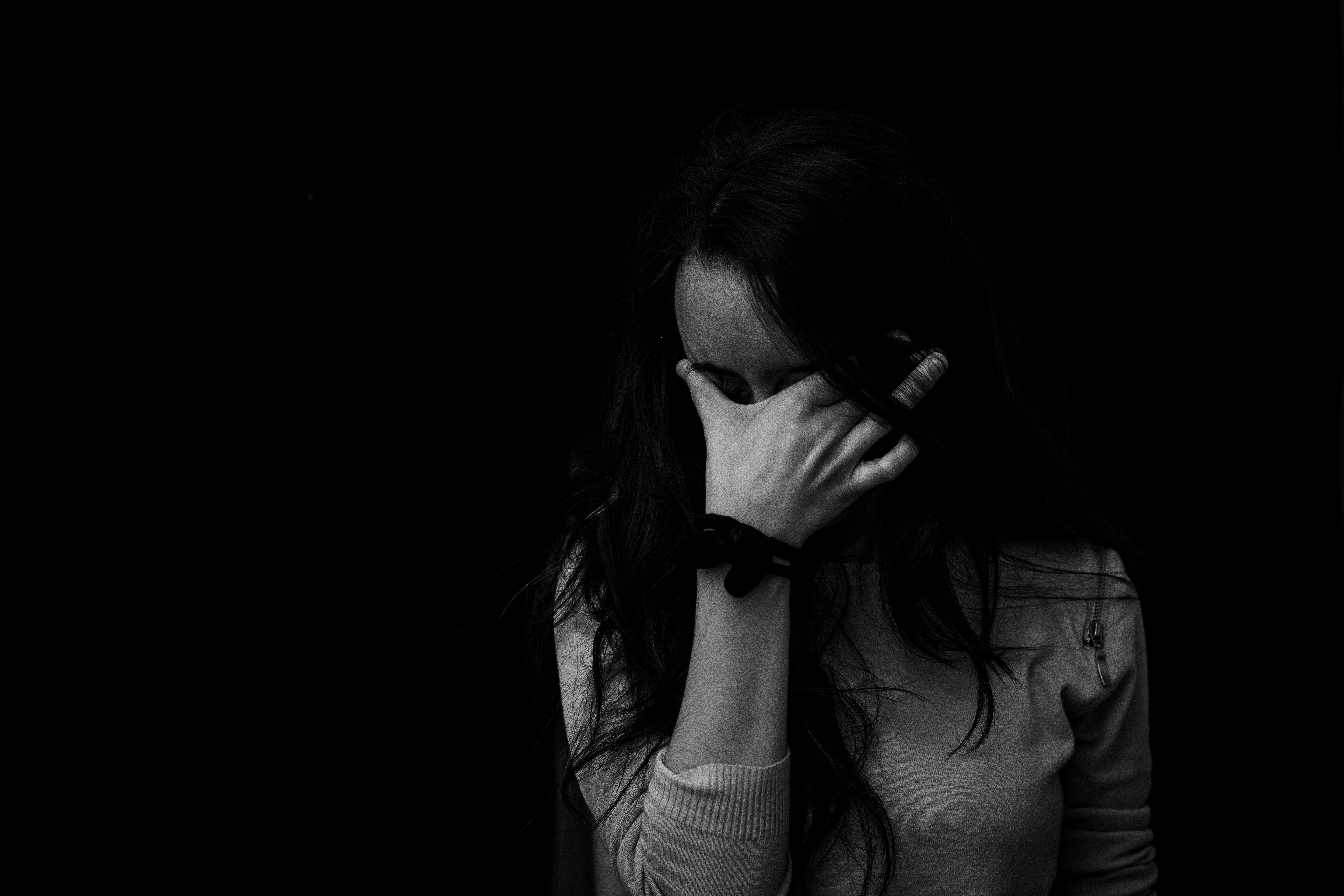 Indeed, just because she seems to be mad at you doesn't mean it's actually about you. Look out for other signs to see if she is suffering from depression like having insomnia and then sleeping till midday or late afternoon, and the mood swings.

She may be suffering from some mental illness but she doesn't know how to get help. Her anger isn't directed at you. It's probably our from the frustration after having the baby. Look out for different signs and take care of her mental health. Take her to the doctor if it's becoming too serious. Don't hesitate to get help and try to be understanding and let her know she will feel a lot better as long as she lets help come to her.

There's no argument that love is hard and marriage takes effort. Sometimes you don't even know what you did to deserve the hate from your wife. Things happen for a reason. Maybe you've been in a marriage so long that one of you, or both of you, forgot to appreciate the other. Or maybe one of you starts to miss the freedom when you weren't in a relationship so you start to act out, causing the other person to doubt this marriage.

There could be 1000 reasons why your wife hates you and we've already found the most common 8 reasons for you, under different situations as well to make sure you will find something useful!

Go and read our tips for you today and start fixing it right away! Don't wait until it's too late!

Related Article: 8 Warning Signs that tells you to head for Marriage Therapy 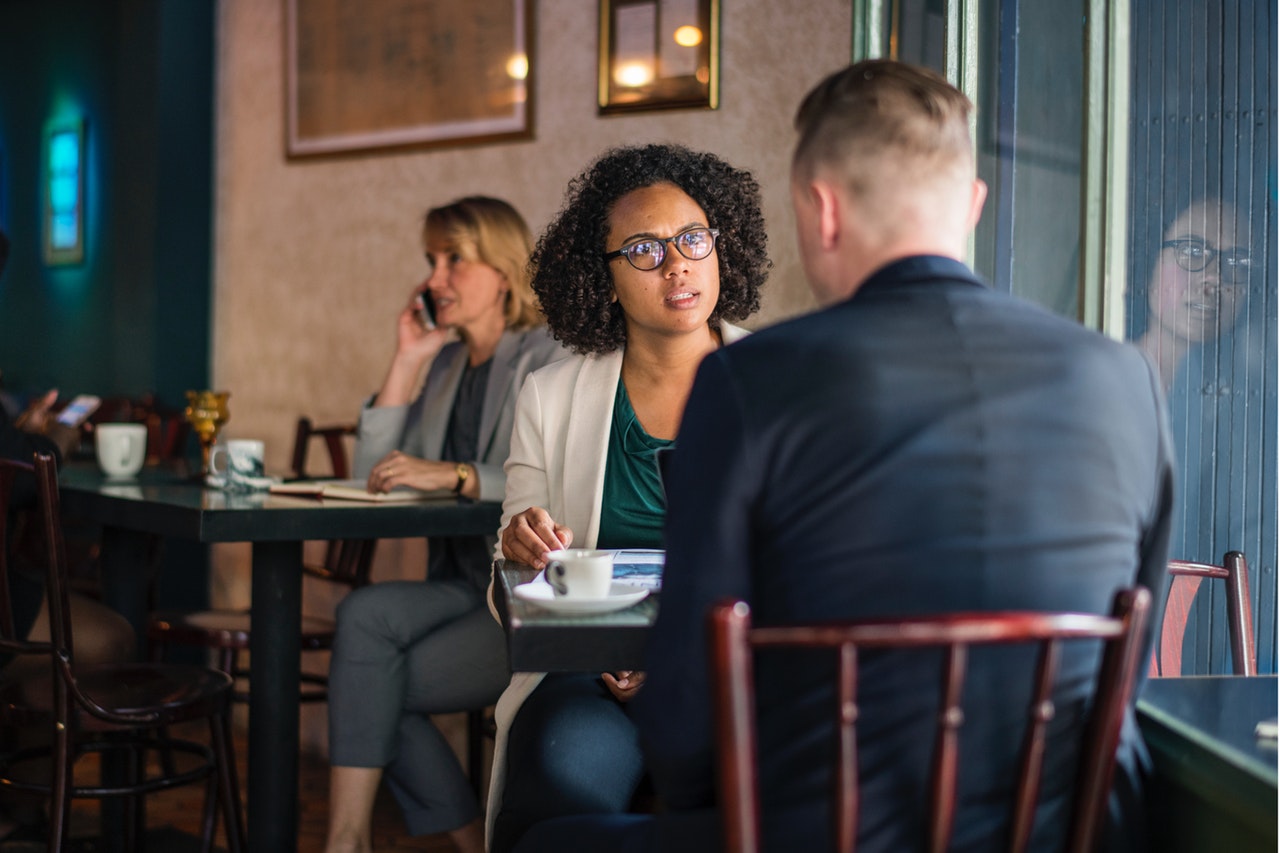 Married couples more often than not, get to a point in their relationship ..