LGBTQ community includes lesbians, gays, bisexuals, trans-genders, and queers. Under the label of this community, all the said individuals are offered their respective rights and privileges. It helps them in making the best use of their skills and talents so, that they can contribute towards the progress of society.

There are several countries that recognize the LGBTQ community and grant them their rights. While on the other hand, several countries are violent or silent about these people. Ever wondered who started this movement that has taken the shape of a community now? Well, it was Stephen Donaldson, who laid the foundation of LGBTQ community. He was the first person to leave the U.S Military on the charge of being an active supporter of LGBTQ rights. 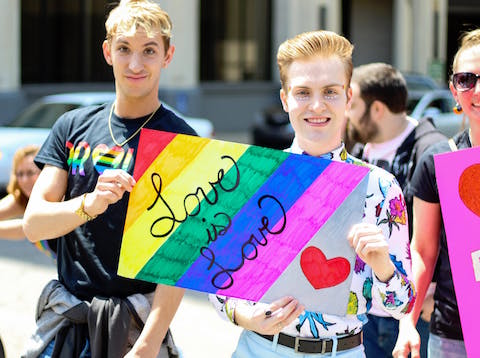 Since that time, several activists have played a significant role in protecting and promoting the rights of the LGBTQ Community. You will be amazed to know, in this read, how different prominent individuals have worked relentlessly for the cause of this community. I have included 10 Famous Gay People, Who Have Contributed Actively To The LGBTQ Community, in this article.

There are several people who have supported the idea of accommodating the LGBTQ community. Let’s have a look at what they have said about themselves or the LGBTQ’s

1. Everyone deserve a safe environment 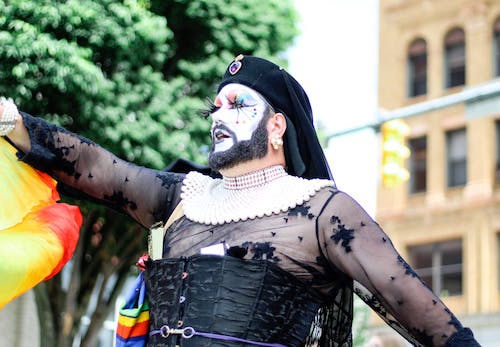 “All young people, regardless of sexual orientation or identity, deserve a safe and supportive environment in which to achieve their full potential.” Harvey Milk – gay American politician

2. It takes time to figure out your orientation 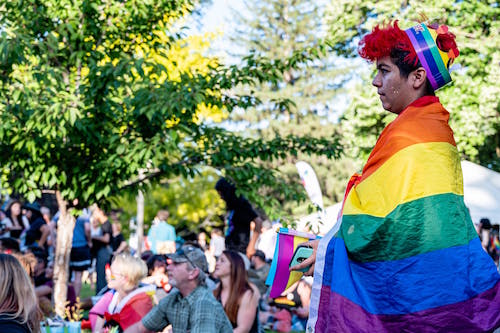 “It takes some intelligence and insight to figure out you’re gay and then a tremendous amount of balls to live it and live it proudly.” Jason Bateman –actor and LGBTQ rights activist

3. No one should live in a closet 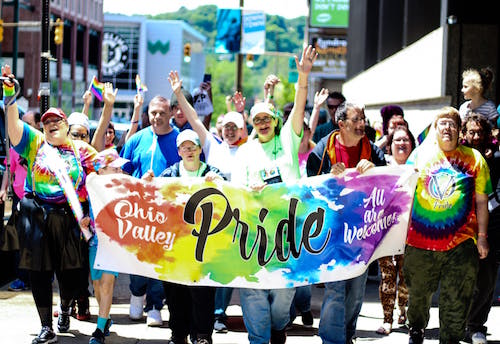 4. Building trust in the community 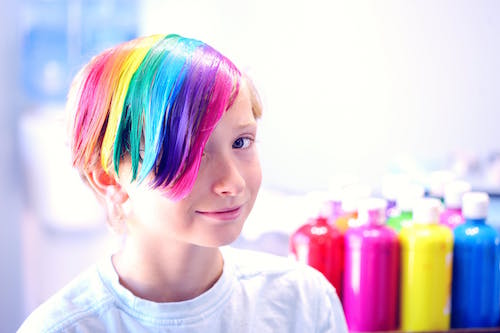 “You can argue that it’s a different world now than the one when Matthew Shepard was killed, but there is a subtle difference between tolerance and acceptance. It’s the distance between moving into the cul-de-sac and having your next-door neighbor trust you to keep an eye on her preschool daughter for a few minutes while she runs out to the post office. It’s the chasm between being invited to a colleague’s wedding with your same-sex partner and being able to slow-dance without the other guests whispering.” Jodi Picoult –author and mother of a gay 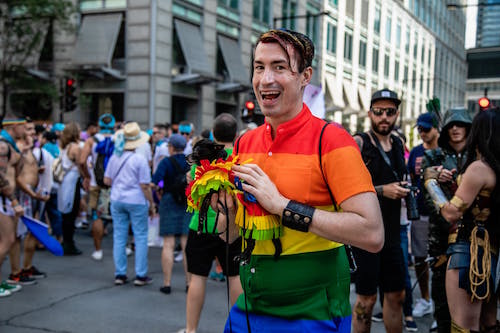 “The pressures on gay teens can be overwhelming–to keep secrets, tell lies, deny who you are, and try to be who you’re not. Remember: you are special and worth being cared about, loved, and accepted just as you are. Never, ever let anyone convince you otherwise.” Alex Sanchez –author 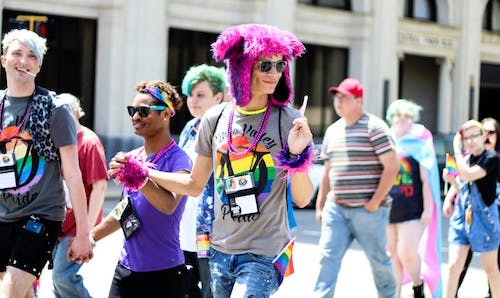 “Personally, coming out was one of the most important things I’ve ever done, lifting from my shoulders the millstone of lies that I hadn’t even realized I was carrying.” 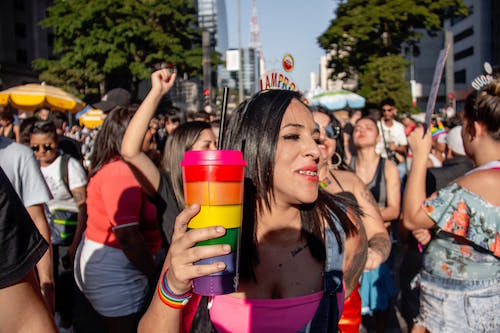 “Do we have to know who’s gay and who’s straight? Can’t we just love everybody and judge them by the car they drive?” Ellen DeGeneres –host

8. You have the right to grow 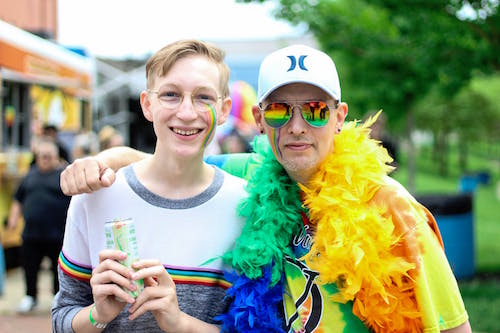 “Please remember, especially in these times of group-think and the right-on chorus, that no person is your friend (or kin) who demands your silence, or denies your right to grow and be perceived as fully blossomed as you were intended.” Alice Walker – writer 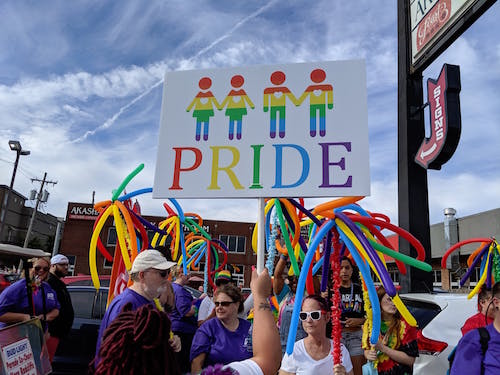 “I think being gay is a blessing, and it’s something I am thankful for every single day.” Anderson Cooper – journalist 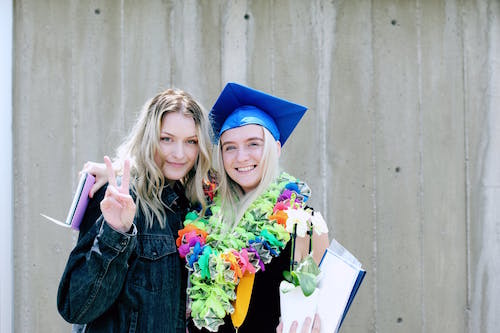 “I very much want to inject gay culture into the mainstream. It’s not an underground tool for me. It’s my whole life.” Lady Gaga – singer 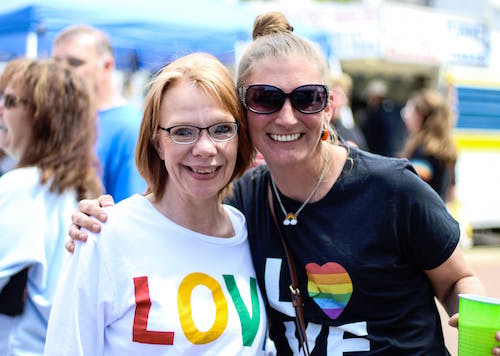 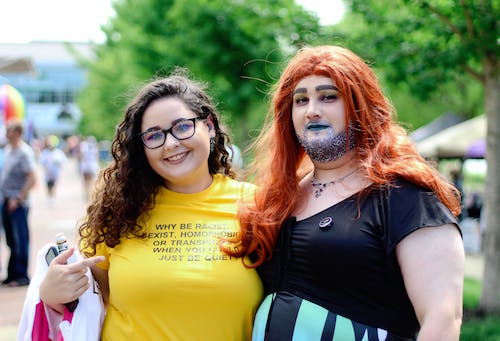 "In light of Jamey's death, it became clear to me in an instant that living a gay life without publicly acknowledging it is simply not enough to make any significant contribution to the immense work that lies ahead on the road to complete equality. Our society needs to recognize the unstoppable momentum toward unequivocal civil equality for every gay, lesbian, bisexual, and transgender citizen of this country.” Zachary Quinto –actor 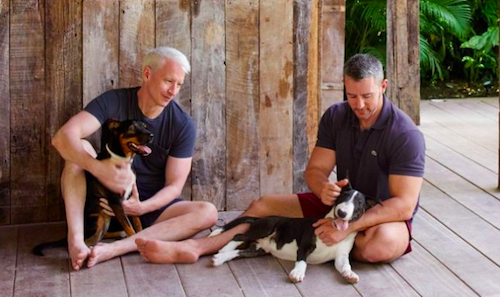 He is one of the most reputed journalists currently working with CCN. Quite critical of the Trump administration, Anderson Cooper is known for his blunt opinions. He has worked considerably for the LGBTQ community.

He is probably the first gay man to become a part of the second presidential debate held in 2016. Though he faced a lot of backlash from the conservatives, his presence over important platforms is a matter of pride for the LGBTQ Community. 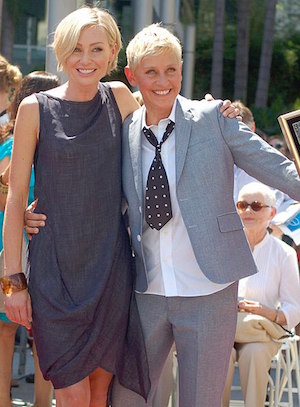 A prominent entertainer, Ellen is running her own show: ‘The Ellen DeGeneres Show’, since 2003. It is one of the most successful shows with a huge number of audiences.

Ellen has been working hard for the LGBTQ community over social media and several other platforms. It is a great achievement for a lesbian, to attain this stature of success. 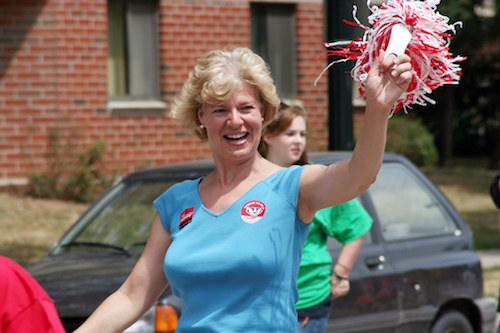 Baldwin has been working hard for the LGBTQ community to help them enjoy their rights. She has a special focus on LGBTQ individuals who are veterans, belong to the middle class, and face violence issues and students who are under debt. 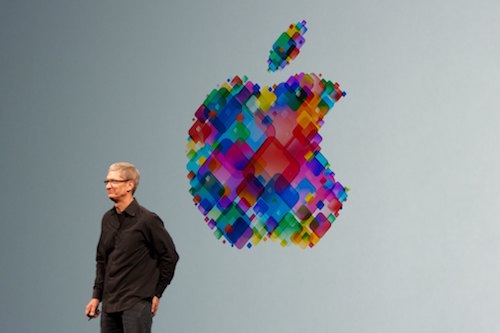 Referred to as the most influential LGBTQ leaders, Tim Cook has changed the scenario for the LGBTQ community. He has a powerful impact on the overall economy, world dynamics, and political clout. His actions mean a lot and his words are heard. So he is a significant asset of the LGBTQ community. 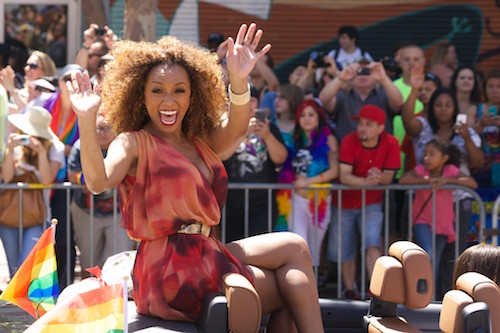 Writer, journalist and LGBTQ activist - Janet Mock have emerged as one of the most vocal members of her community. Currently, she is working on the FX’s Pose and is the first trans-woman of her origin to direct and write a TV series.

Talking about her another show, Mock said that apart from entertaining and gathering trans-audience her main idea is to educate people about LGBTQs. 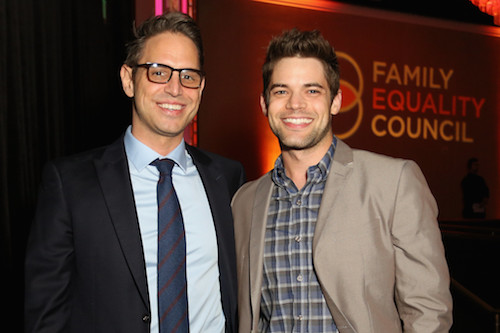 Known for his philanthropic efforts, Greg Berlanti has created considerable awareness among the general public in the matter of LGBTQ rights. He has used media, as the main standard to educate people about the various aspects of the LGBTQ community.

Recently Greg Berlanti and his husband Robbie Rogers received an award of honor by the LGBTQ center of Los Angeles. 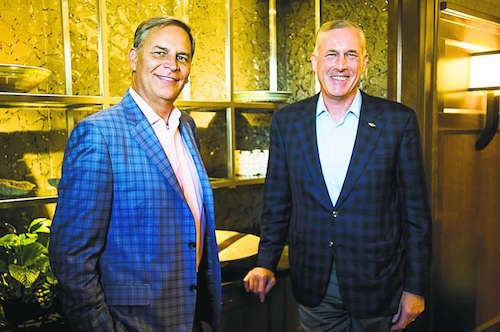 Out and proud, Jim Fitterling is the CEO of Dow Chemical. It is certainly a milestone for the LGBTQ community to have one of their members at such a prominent designation. His policies are based on creating a bright future for all the employees, while especially focusing on the LGBTQ individuals. 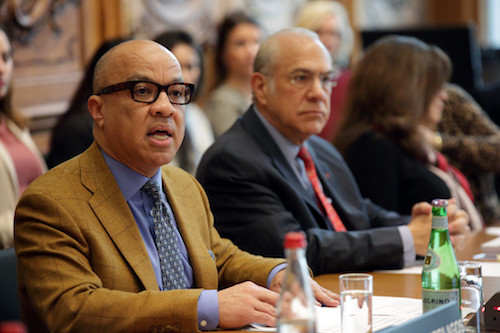 Under the able leadership of Darren Walker, Ford Foundation has acquired successful verdicts on numerous social justice and civil rights issues. A large number of these cases involved members of the LGBTQ community. 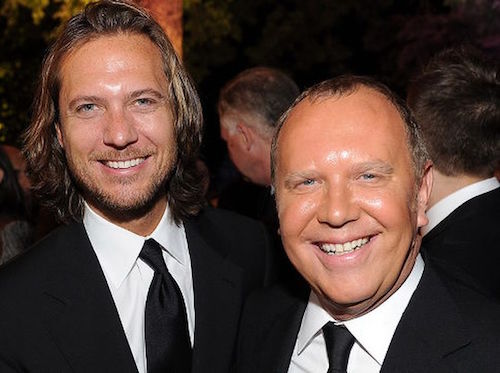 You must be familiar with this name, Michael Kors – a prime advocate of LGBTQ rights. He is one of the most powerful American fashion designers. Kors is well aware of his importance and knows what decisions are best for his LGBTQ community. He has employed several LGBTQs. 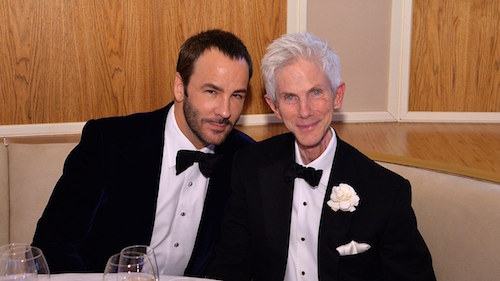 Another designer, Tom Ford has a long legacy of fashion endeavors. He is also known for his work related to production, directing and writing. Ford has strong support for his members of the LGBTQ community. He actively uses his available resources to create awareness and protect LGBTQ individuals 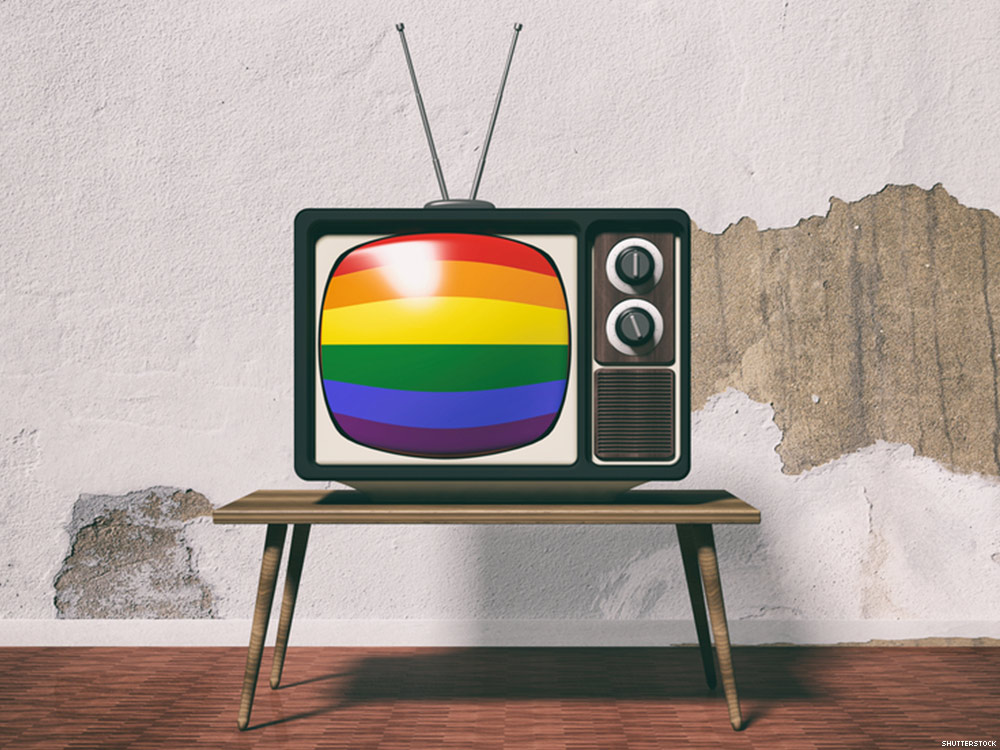 The best LGBT TV shows recommendations on Netflix to watch 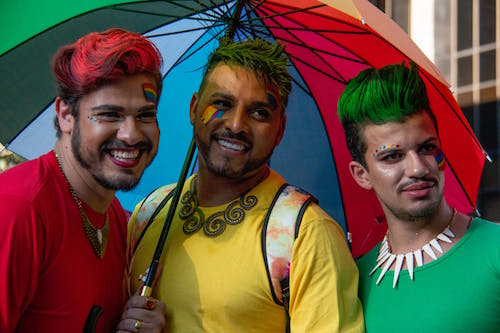 All of these minds have initiated some sort of movement related to LGBTQ rights and used their power to speak the truth. Their stories have helped people to come out and pursue their ambitions and meet their expectations. It is a reality of the past, present and future generations that cannot be avoided.

10 Famous Gay People Who Have Contributed Actively To The LGBTQ Community have opened up mediums for all those gays, who were in the dark.