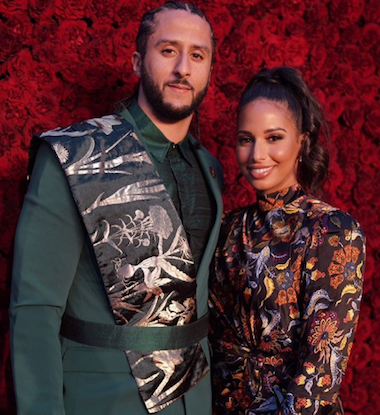 Nessa Diab in a Nutshell 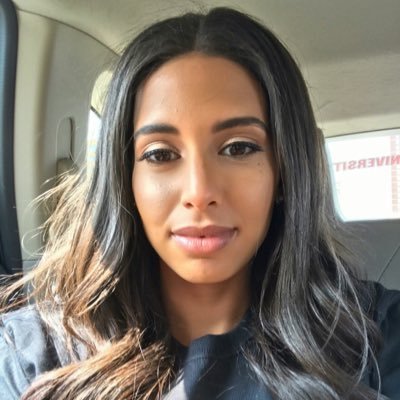 Nessa Diab is a media personality popularly known for her radio and tv shows. She has various popular shows to her credit which include Girl Code on MTV. After rising to prominence due to interviews of well-known personalities on YouTube and the radio station Wild 94.9, she was given a chance to host various shows on MTV and MTV2. During one such meeting, she met the former American quarterback, Colin Kaepernick and fell in love. They have been dating ever since and she has been a pillar of support to him during some crucial times. Colin along with being a professional and competent athlete has also played his part as an activist by being vocal about the rights of black people in the country. 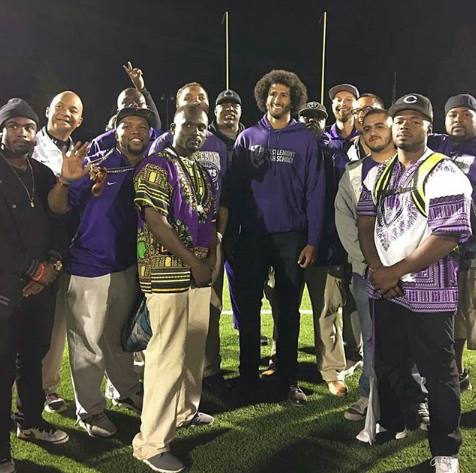 Kaepernick’s mother was 19 years old when she got pregnant with him. His biological father fled after panicking about the thought of raising a child. Being alone in this sudden unexpected turn of life, his mother kept contemplating whether she should put him up for adoption or not. To a seemingly fortunate turn of events, a fate met her with the Kaepernicks, a white couple who was open to the idea of adoption as well as skin colors (Kaepernick's biological mum is white and biological dad is African-American).

His biological mother decided to give him up a few weeks after his birth after being satisfied with his future adoptive parents. 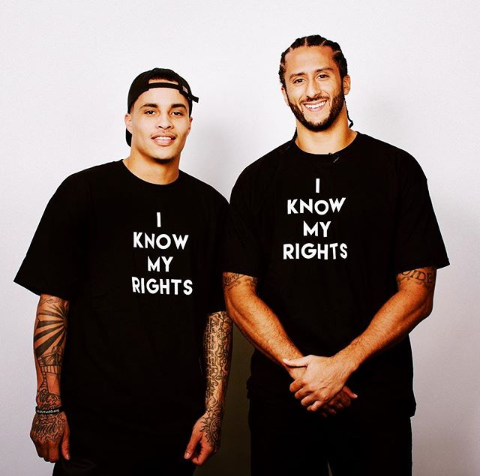 Kaepernick was a bi-racial baby who was adopted within days of being born in Wisconsin. This gave him a rather turbulent childhood, but he still managed to power through it. He did not let anything bring him down and made the best out of the confusion that he faced. After being adopted he gained two more siblings who the Kapernicks had before him. Other than these three, they had also lost two more babies due to heart problems.

He has extremely strong religious affiliations being brought up as a Lutheran. However, later he was baptized as a Methodist which is a prominent group of protestant Christianity. He was extremely devoted to his beliefs which led him to get 2 out of a total of 15 tattoos of Psalms on his arm. 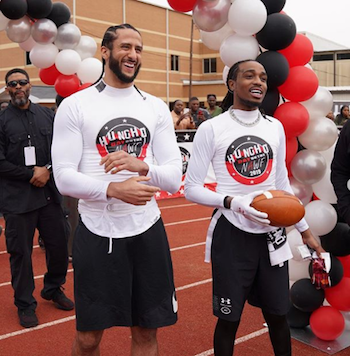 Being passionate about his love for football he always knew this is what he wanted to do. In an interesting turn of events during his childhood, he wrote a report about what he wanted to be when he grew up. In the 4th grade report, he mentioned how he will be the quarterback for either 49ers or Green Bay Packers.

His love for football started very early in his life when he moved to California at the age of 4 with his family. There he began the journey of a lifetime at a mere age of 8 when he started playing football. He developed efficient skills very early along with a strong arm. Being this sturdy, he was quickly promoted to the position of quarterback in his then team. Penning down his dreams to become a professional football player in just grade 4 made his passion and love for the game evident.
He also managed to attain records that are extraordinary. He could always throw the ball over a long distance in football, but the speed was also extremely high. It used to go up to 94 MPH which is almost record-breaking.

After growing up and staying true to his passion he was awarded a scholarship by the University of Nevada after scoring well in a tryout on a camp set up by the college. During his four-year tenure in school, he made massive records of throwing the ball over a large distance in the game. He was invincible and proved himself during every game. After graduating in 2011 he was initially selected by BFL 49ers as the backup quarterback but was later elevated when the main player faced an injury. 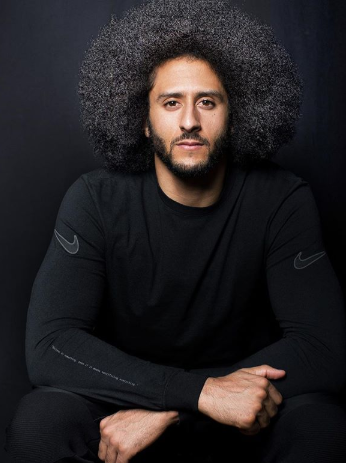 His time as the main quarterback gave the team many wins during the season. His athleticism was known to be unmatched and impressed the fans and coaches alike. He was then positioned as the permanent starting quarterback that seemed like a controversial decision to some. Nevertheless, it garnered the team many wins and glories making him a popular and much-loved player.

However, by 2013 his struggling period had started to commence. Facing many losses and extremely close wins, he was facing his downfall. By 2015 the downfall officially took place with him losing his first job and his wish to get traded with another team also did not take place. To make matters worse, he also got injured. 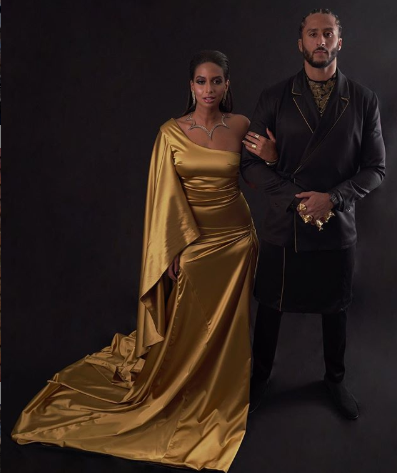 After recovering from his injury, he slowly and gradually bounced back and started playing again. With tremendous efforts and his positive attitude, he brought his career back on track going on to earn a big name in the game with many wins along his way. His protest against the racial injustice garnered him a mixed response, leaving him without an agent to present him and he was eventually left out of the team. After remaining unsigned for a while, he filed grievances against the NFL and its owners as he felt that the members were conspiring to keep him out. 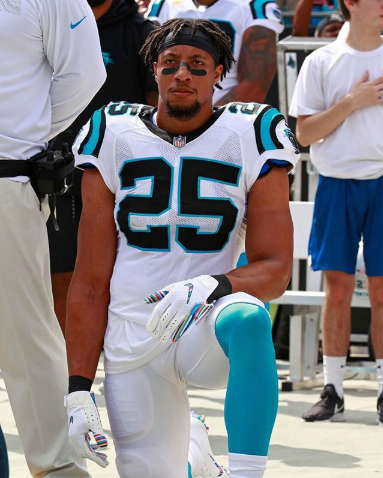 Despite being brought up in a bi-racial environment he overcame his discomfort with the idea and the differences that pertained to such a life. However, after growing up and witnessing the atrocities that people of color face in his country he decided to make a difference with the position of privilege that he has. During the NFL games, he started to kneel instead of standing during the national anthem as a protest against the injustice and oppression inflicted on black people. This was naturally not taken well by most people in power especially the so-called white supremacists. In 2017 president trump also stated that strict action must be taken against anyone disrespecting the honorable anthem as this is a fight against the armed forces of the country.

This action of his did make him lose his job despite delivering strong performances during the game. His stand and protest however expanded at a huge level. Many players taking inspiration from Colin also started kneeling during the anthem being played. This eventually became a hot topic during political debates on a national level.

“Believe in something. Even if it means sacrificing everything,” was the tagline of the 2018 advertisement of Nike that featured Colin Kapernick. At the time when he was so vocal about his beliefs, there were people who were really taken aback by this ad. His activism was now being broadcasted through a well-renowned brand of sports and this was not acceptable for the haters. People burnt Nike products and refused to buy from them. There was an immense backlash that the brand had to face due to promoting this man’s cause.  However, that did not undermine his efforts and the brand’s image at a larger scale. Most people in today’s day and age realize the importance of such crucial issues and seldom shy away from highlighting them. 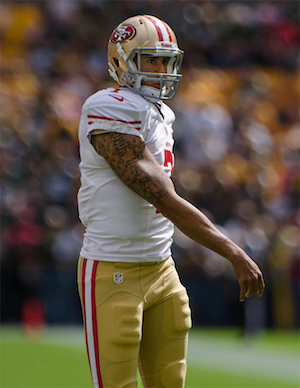 Being someone who took a stand against brutality made him outshine and despite losing his job, he won hearts. People recognized his efforts especially when his grievances against the collusion against him by the NFL team were accepted and made public. For his efforts, he has been given various forms of recognition including the very prestigious Eason Monroe Courageous Advocate Award held at the dinner of ACLU of Southern California's annual Bill of Rights and Muhammad Ali Legacy Award for his sportsmanship, leadership and philanthropy efforts. Additionally, he was also one of the finalists for Time’s Person of the Year which he very gladly lost to “The Silence Breaker” women.

During his time in college, he was known to be very good at what he does as he was awarded the very prestigious “offensive player of the year” at the Western Athletic Conference (WAC) twice.
Colin Kaepernick, in a nutshell, is a man of honor, a player of skills and an activist of determination. He will always be known for his fearless ways, for being an agent of change and for his great athleticism.