Jake Paul, the YouTuber to Celebrity in a Nutshell

We're all familiar with the hotshot celebrity, Jake Paul but not all of us know about his journey from being a regular YouTuber and his rise to fame. Fans apart, some people might perceive Jake as more of a controversial personality. A scandal here and there, issues with the media but almost every famous person has at least a little drama going on in their lives. 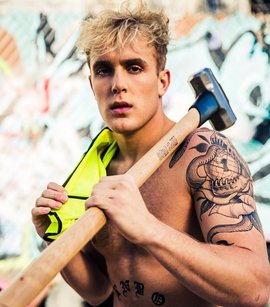 22 years old and already surrounded by the love and support of his millions of followers, Jake Paul is one young lad who gained popularity before even graduating high school. He was noticed at quite an early age as a star on Disney Channel as well, which started his road to stardom. Since then his subscribers and fans have only increased, as the youngsters especially are fond of the vlogs featuring pranks and his squad called 'Team 10' who lived together in a Los Angeles mansion. 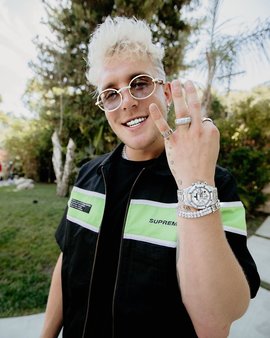 The bottom line, Jake's total net worth is $19 million as of 2019. He became a star following the footsteps of his older brother Logan Paul until he made a name for himself. 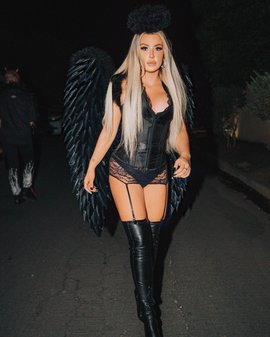 This couple maintained their relationship even though their fans weren't so sure about it and thought of it as a joke as soon as they started dating. The relationship got real by the day until the day came when Jake proposed to the love of his life, Mongeau on her 21st birthday.

What the people and especially fans go crazy about is how the proposal went on. It has been reported that Jake, as a celebration to the proposal, gifted Tana a $124,000 Mercedes Benz G-Wagen which was also her 21st birthday gift. 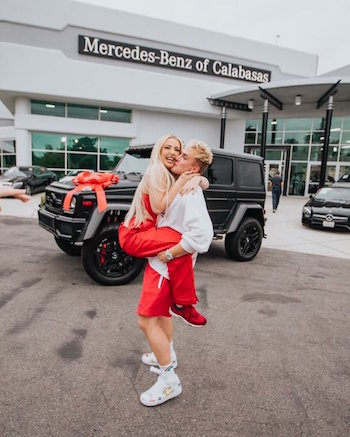 She posted this picture on Instagram saying, 'never give up on your dreams'. After a public relationship of around two months, and a massive diamond ring, Tana was officially engaged to Jake Paul. 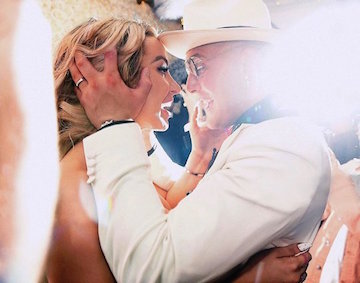 As both these celebrities have controversies hovering over them, their wedding and now their marriage is also a matter of dispute. The ceremony itself was a surprise for everyone which was spontaneous as if a consequence of a high moment.

Even Tana has stated about her marriage openly that the relationship between these two YouTubers is totally real but isn't legitimate on papers yet. The reason she gave behind it was that marriage and these labels take away the actual love. 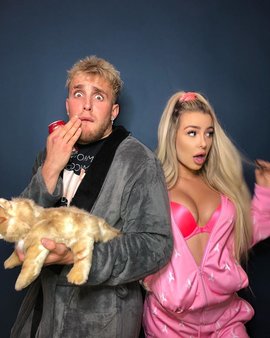 While some people call it fake, true fans understand their love and totally support whatever decisions they make for their lives.

Focusing the spotlight on Tana Mongeau this 20 year old hot babe was born in June 24th, 1998, born and raised in Las Vegas, Nevada. Her full name being Tana Marie Mongeau believe or not. And before you get confused with the pronounciation, it's "Tan-a Moe-Joe" which she explains almost everytime in the start of her videos.

Like most other YouTube made celebrities, Tana kicked off her career by gaining fans on YouTube by making videos focusing mainy on her life. Her account having around 5 million subscribers, has videos of her telling stories, eating out with friends, and the trending YouTube challenges or the regular vlog stuff. Going deep into her career journey, here's a summary from the start highlighting some of her top vlogs.

a. Hairdresser from Hell?

Tana's first YouTube video made its debut in 2015, which was titled "Hairdresser from Hell?" Till now it has been viewed more than 3.2 million times. This video became her style of introducing herself, focusing mainly on lifestyle and fashion where she weekly shared vlogs featuring wild narrations from her life.

After being a success, she started introducing more celebs to her channel which somewhat had the same career backgrounds and similar interests. One video featuring YouTuber Cody Co was her first of this series and was posted in May 2016. Other than this, the latest of the collaborated vlogs have hotshots like James Charles, where she reviewed Coachella outfits and David Dobrik, where she got her driving lessons, Shane Dawson and also Josh Peck and their eating adventures.

c. Her Career in Music

She's a singer too! Yes, you heard right. Mongeau is one of many talents, she has till now released four singles. The first video song was named "Hefner ft. Bella Thorne", relsease in November 2017 and followed by "W" in March 2018.

In April 2019, Tana also announced that she will be having her very own TV series on MTV. According to her announcement, it is going to be a reality show. Her comment is: "I've been holding in this secret for almost a year now and my hands are shaking as I type this," Mongeau says on Instagram. "I've always been talentless, but to finally be talentless on an MTV reality show is such an honor for me. Did I mention it's on MTV?"

Besides all the magic she has going on in her YouTube videos, her summed up life and major announcements can be found on her Instagram account @tanamongeau which has 4.9 million followers and almost a 1000 posts. People are often in love with her witty captions and her funky style sense. Here are some of her most exotic ones:

She sure loves bikinis 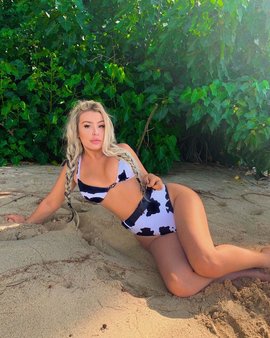 You'll find her account loaded with bikini and beach shots. It's her thing and she carries it amazingly. Her body is proof itself of how much effort is put behind it, the workouts and her diet which she often mentions in her vlogs as well.

Out of this world

Tana is a bold personality. You can see how crazy she dresses up and loves to do it too. 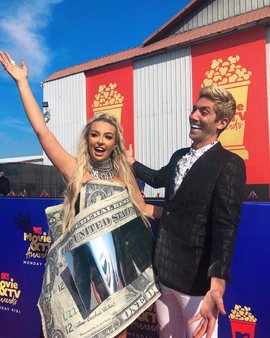 What a way to flaunt what you have, walking the carpet in literally dollars. 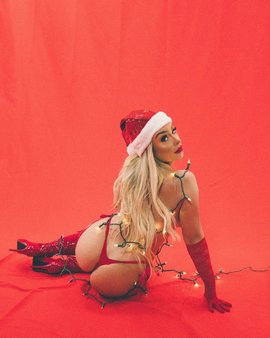 This is our newest and most recent favorite. Wilding up her fans for Christmas in the red thong, she's a killer. 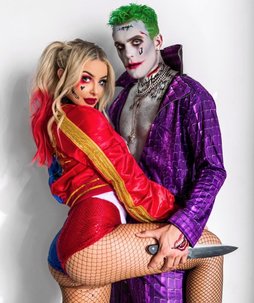 What's better than a partner in crime? Her husband Jake Paul is all up to her level of sexiness, this duo is all about the crazy love.

Tana's love life has also taken a number of turns and unpredictable twists. In September 2017 she announced her interest in Bella Thorne, probably after their music single. Both of them introduced their love to the world on Instagram, where she shared a picture if them kissing at the Life Is Beautiful music festival in Las Vegas. 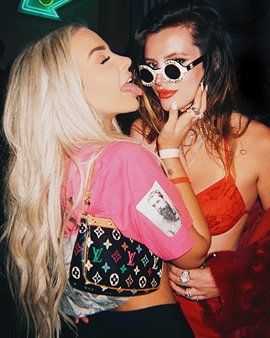 This one photographed got a tremendous amount of likes and responses, which also led to their real relationship. She even stated that she was 100% straight her whole life UNTIL she met and fell for Bella. But unfortunately, after a messy twitter feud, they ended their scene.
Afterward, Tana announced her engagement to fellow YouTuber Jake Paul, after dating for two months. 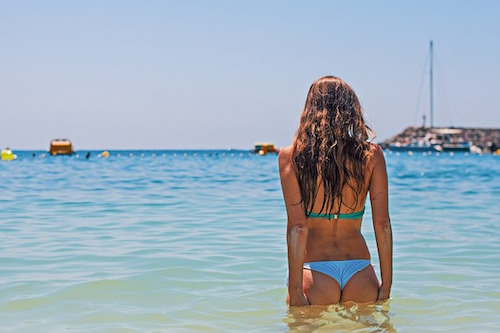 If you're a fan, you would know about the TanaCon controversy. If not, don't worry, we got you covered. It was an event in Anaheim, California, created by Tana herself after she didn't get invited to be a featured creator at VidCon 2018. But unfortunately, things got messy and disastrous and the event was eventually shut down just within 6 hours. People had many inconveniences, passed out due to being in the sun for too long, VIP packages weren't up to the expectations and the venue couldn't accommodate the people. 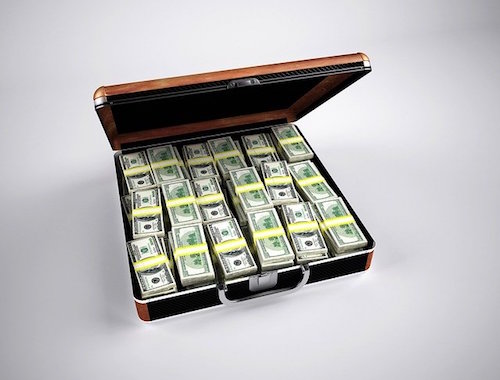 It took a lot of work to get herself to where she is now, the American beauty and internet personality, Tana Mongeau built a life for herself, sharing her life with the world and the most popular 'storytime' videos and gaining the love and support of her fans. Talking about her net worth now as a celebrity, the figure is $4 Million. 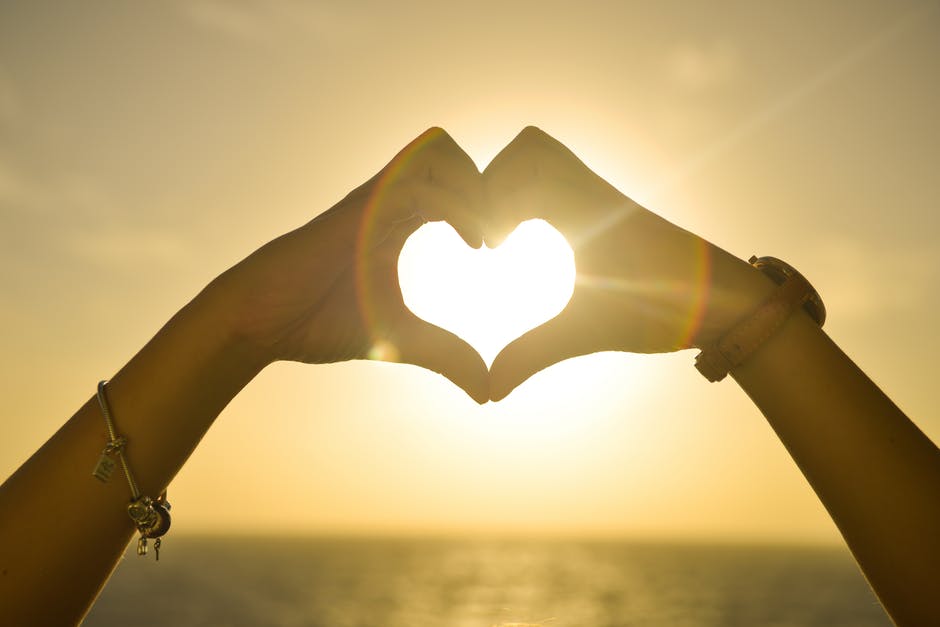 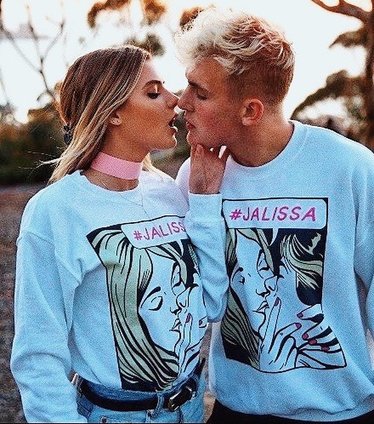 Tana Mongeau has many sides, the girl has beauty, style and sure knows the way to present herself. Even though a rollercoaster of events and happenings in her life, she manages to stand high and keeps her life moving forward, expanding her career over the internet and we're hoping to see her soon on television.