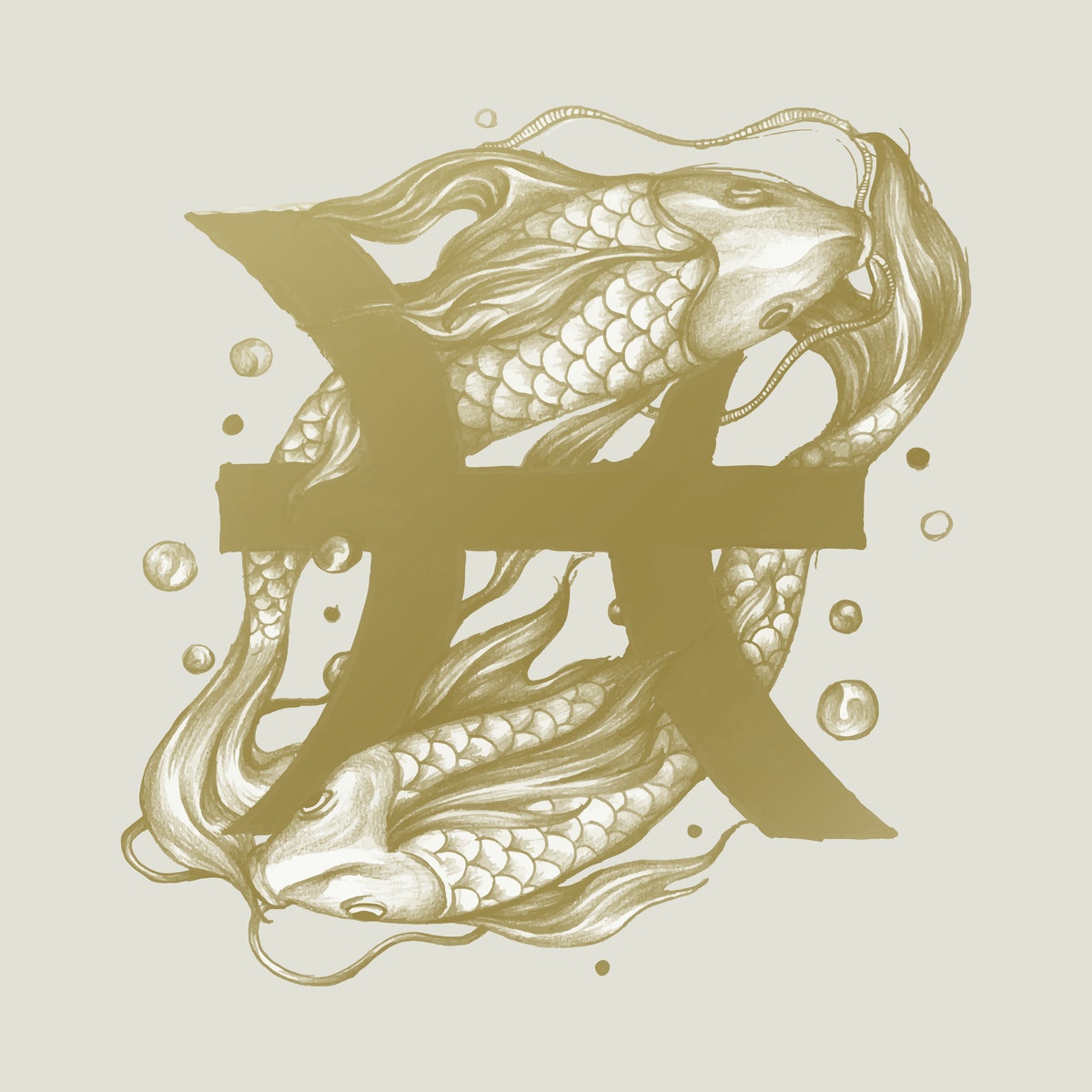 Represented by fish, anyone born between February 19 – March 20 is a Pisces. Water is the sign element with   Jupiter and Neptune being the sign rulers. Using water as the sign element accurately reflects the quality of a Pisces man, adaptable, and mutable.

A Pisces man will change himself in a different situation to fit in. Every time he is in love, he thinks this is the love of his life. He is passionate and devoted, spending all his energy on his partner. However, he can also be seen as impulsive, which is true. He doesn't think too much about the future as his mind can change every hour. Living in the present type of guy.

Some find it annoying to date a Pisces man while some find it exciting as they always have a new idea. Given their easy change of heart, many struggles to understand if a Pisces man truly loves you or not. There are still signs you can tell from. Here are the 12 signs to know if a Pisces man is in love with you or not!

1. It's never love at first sight 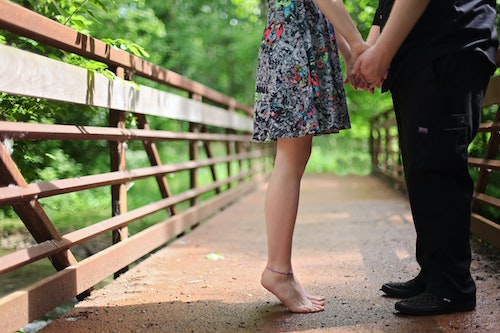 Given their fearful nature, a Pisces man is cautious when meeting a new girl. He will first evaluate if this is someone he can tolerate, then he will want to make friends with you and then he will make a move. Sounds like he is overthinking but a Pisces man can be prudence like that.

He doesn't want to screw up any potential love and that's why if he sees something, he will take it slow. If he seems extremely passionate at first sight, most likely he is just trying to get into your pants rather than getting to know you as a person and develop a love interest.

2. He throws a lot of new ideas on things to do with you

A Pisces man believes every time he is in a relationship he is with the love of his life. Being spontaneous as he is, he will constantly throw new ideas at you with things he wants to do with you. It may even seem too much to handle sometimes. Everyday he comes up with a new idea and claims he is going to make it happen then two hours later he throws a new idea at you.

He really isn't joking around. He really wants to achieve all those goals with you. His mind spins too fast that he always has new ideas but that doesn't mean he isn't genuine about them.

3. He falls in love hard every time 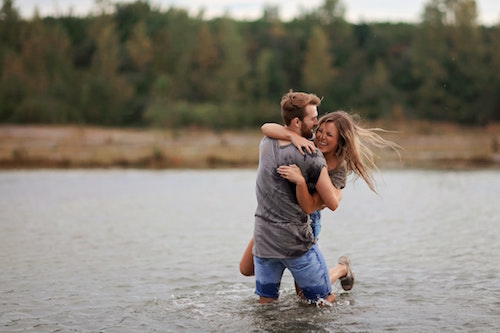 Girls like to compare the love they get from their man to the love their man gave to their ex. Knowing a Pisces man, you can never compare because every time he is in love, he gives his heart out. If you think he isn't doing more to you than he did for his ex, that's already a sign that he is in love with you and is giving 200% of what he has, not really possible to give more.

Don't question the love from a Pisces man and don't compare. He pours his heart out every time so don't blame him if you don't feel he is trying extra with you.

4. He is very protective

A Pisces man can be dominant towards the girl he loves. He wants to make sure you are safe and okay. It's not that he wants you to seek approval from him before doing things, but for you to think and not to do anything that might put yourself at risk.

His protective nature stems from his fear of losing you. Thus doing everything he can to keep you with him. 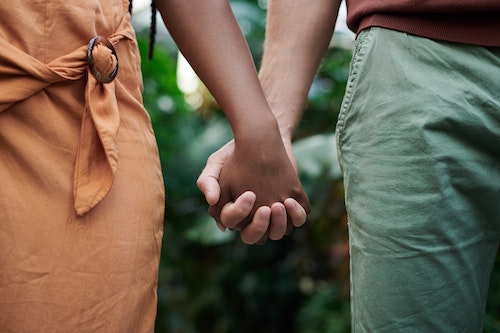 As he sees you as the love of his life, there's no space in his heart for others. You are all he wants in life. YOu don't have to think about him cheating on you. It will never happen. He won't have shady chats with other girls. He may not even be close friends with other girls as you are the only girl he wants to talk to.

His loyalty to you isn't hard to feel. You will feel how devoted he is in this relationship and how happy he is to give his heart to you. Even if girls come hitting on him, he will swiftly push them away.

6. He will call you up for a spontaneous trip

One of the many love-hate qualities a Pisces man possesses. He is spontaneous. When he comes up with an idea, he wants to do it immediately. He won't hesitate to call you at 2 am to get you to go on a hiking trip to the peak with him. This shows how important you are to him.

He doesn't mean to bother you with all his crazy random ideas. He just wants to be a part of your life as much as he can. If a Pisces man calls you at midnight asking you to go on an adventure, you know you already have his heart.

7. He is passionate about you 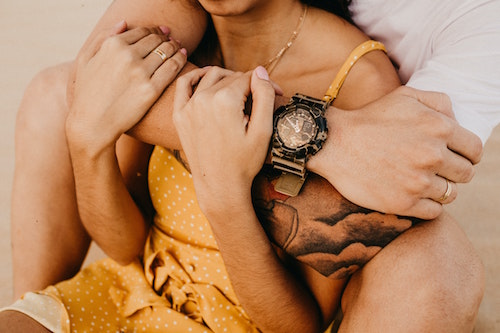 Always complimenting you, telling you how beautiful you are. He does his best to keep your self-esteem afloat. You would feel the flame of your love. Almost like a passionate song that keeps going. He is never tired of telling you your true value and always saying how lucky he is to have you in his life.

8. He is romantic with you

His sensitive trait makes him a good lover. You will always feel loved as he is always preparing little surprises for you. Sometimes small gifts and sometimes a surprise weekend trip. You can never predict his next move but he is always coming up with new tricks and skills to keep his lady happy.

9. He talks to his friends about you 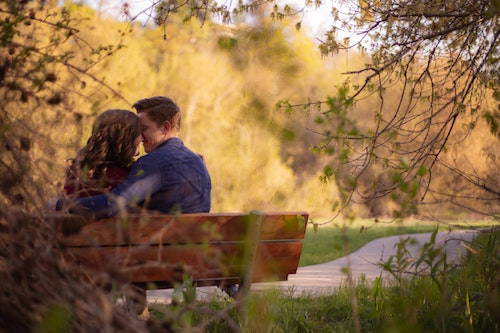 A Pisces man can't keep a secret from his mates when he is in love. He will want to share news about you with everyone in his life to share his joy and at the same time, draw clear boundaries with female friends as he is taken.

He will invite you to meet all his friends. Telling you everything about his friends to include you in his circle. All these sweet gestures tell how much he loves you and wants you in his life.

10. He would never ghost you

I am an important trait of all. He will never ignore your texts under any circumstances, even after you have had a fight or he is feeling down, he would always reply to you. Getting ghosted can have detrimental effects on a relationship. No matter how much he doesn't want to talk at the moment, he is still going to talk to you because he loves you so much and wants you to know that he is here.

Rest assured a Pisces man will keep you posted on his daily whereabouts and share details of his life with you. You don't even have to ask for the details and he will just send them over like your chat is his own diary.

11. He values your thoughts 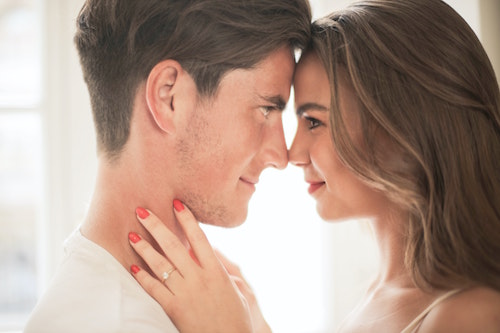 If you have something to say or to complain about, a Pisces man is the perfect listener. He will sit through all your crying sessions about life and work. Be there to stroke your hair and give you gentle kisses on the cheeks. When you are done being emotional, he will offer you his honest opinions.

If you have a problem with him, he will take it seriously and strive for excellence from his end. Constantly trying to improve himself for your affection, he will change anything you don't like about him to keep you happy. If you feel he is making so much effort to accommodate you, it's very obvious that he is in love.

12. He plans future with you

Not that your Pisces man is that good of a planner given his impulsiveness and all his spontaneous ideas, but when he does have ideas about the future, you are in it. He never leaves you behind in his vision of the future. No point in visualizing a future without you.

He would often bring up ideas of how in 10 years you two would be living in a house in the countryside with a huge garden so you kids can have a backyard swing to play on. And a lot more ideas that you didn't even put effort into thinking of. A Pisces man will never fail to surprise you. You think he is only living in the present, but any future he sees, he sees with you, that's how you know you are irreplaceable to him.

Related Article: How To Make Love To A Pisces Man In Bed: The Ultimate Seduction Guide 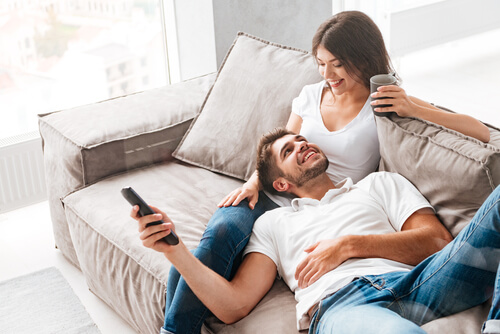 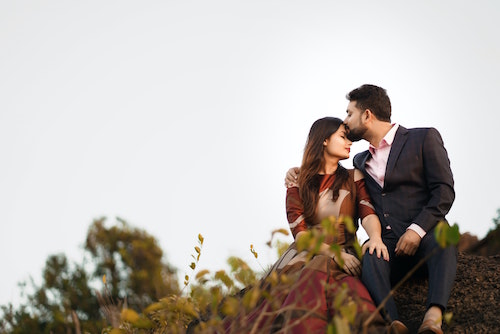 Our sexy, sensitive Pisces man is really one of their kind. So kind and gentle, a passionate lover loyal to only his lady. All these good traits make girls fall in love with a Pisces man easily. Luckily, it's also not hard to tell if a Pisces man is in love. Most of the time they won't even make the effort if they aren't interested and when they do make an effort, it's very obvious.

Are you satisfied now knowing how much your Pisces man loves you? Feel good to take it to the next step? A Pisces man in love is definitely a keeper, good for you!