We’ve seen them in both movies and real-life – the shy, quiet girl who gets shoved in the background of social life due to her academic talents. Movies such as ‘Mean Girls’ reinforce the concept of popular versus nerdy girl – and for a good cause. If it hadn’t been for these movies, our curiosity would never have been jolted awake to know more about these ‘head in a book’ kind of girls. People have finally stopped using ‘nerd’ as an insult to degrade someone just because of their talents, and instead, ‘nerd’ is now used in a more positive, if not an entirely complimentary tone. Here are you 15 reasons why you’ll make the best decision of your life to befriend (and possibly) date a nerdy girl.

Just because she has her head in her books doesn’t mean she doesn’t know a thing or two about socializing. People typically assume that nerdy girls stay as far as possible from socializing but those assumptions are in vain since many nerdy girls regularly go out with their friends – and since their not overly interested in attracting attention (unlike the popular girls) – you guys might just have a wonderful time at the mall or the movies or even a local restaurant!

2. Just because they’re good at studies doesn’t mean they don’t have other hobbies

It’s silly to assume that nerdy girls don’t have any other hobbies other than studying. Nerdy people earn a bad image just because they care about their grades when in reality they’re just normal people like us. Befriend a nerdy girl and you’d be in for a basket full of surprises!

3. They’re much more practical and realistic

Thanks to their knowledge about maths and calculations and what-not, nerdy girls are much more practical and realistic than their popular counterparts. If nothing, they’d respect your budget and your finances.  If you tell your girl that this month allows you to only spend about $60 on her, she won’t even make the bill $61.

Nerdy girls don’t care much about social standards and don’t feel pressurized to conform to society’s expectations – they never have (hence, they’re termed “nerds’, duh). Anyways, nerdy girls are probably one of the most genuine and authentic girls you’d find out there – and for some guys, this subtle sexiness and confidence are enough to get head over heels for them.

5. You can be yourself around them

Probably one of the most valuable traits of nerdy girls is that they accept people for who they are. Nice people try to give others what they never received - in this case – acceptance. Don’t shy away from showing her your vintage vinyl collection or the fact that you watch ‘Titanic’ every Saturday night. Trust us, she’s the least judgmental of them all.

6. They’re pretty much the female version of Einstein

Don’t be surprised when she talks about her theories on the black hole or discuss controversial conspiracies such as the belief that Michael Jackson faked his death. Nerdy girls are pretty much geniuses who have made their little world in their heads – a world filled with their imaginations and creativities. If you date a nerdy girl, you won’t ever get bored again – she’d always have something to talk about.

7. They have an appreciation for a wide variety of tastes

Thanks to the excessive information in their heads, nerdy girls have an appreciation for a wide range of genres – be that in regards to books, movies, music, or even sports. You could take her to an opera theater or a hip hop concert and she’d enjoy both. Similarly, together you could enjoy a romantic teen comedy movie or an action-filled thriller and she’d have her eyes glued to the screen for both movie types. She’s the ultimate example of fluidity you just don’t want to miss out on!

Just like she takes her math test due Wednesday morning seriously, she takes you and her significance in your life seriously. Nerdy girls are passionate about whatever they get themselves into and they stick to it no matter what. A math problem they can’t solve doesn’t mean they stop trying and start crying instead (which most of us do) – they figure out alternatives methods to get the answer. Likewise, her little quarrel with you last night doesn’t mean she’d leave you the next day, instead, she’d try her best to make things work (besides, it’s healthy to have some “noise” in a relationship – it keeps it alive).

Unfortunately, society’s stigmatization leads to girls who are nerdy being used to spending their time alone. Whether she enjoys being in a relationship with you is one thing, but don’t expect her to be all clingy and “Oh my god, how am I going to live without you?” kind of a girl. Nerdy girls are pretty much independent and can take care of themselves perfectly fine. Yes, she may love you to death but she’ll still value her ‘me time’. Besides, wouldn’t it be a positive change to date a girl who isn’t clingy for once?

10. They’ll always be down to be the second player

Even though nerdy girls aren’t known for their athletic skills, they’ll still be down to connect controller number two on your PlayStation just for the fun of it. What you won’t expect may just turn into reality – a nerdy girl would rely on her strategic skills to take you down on your favorite video game. Just make sure you have a tissue box lying around – you know, for all those sweats and tears.

11. You won’t have to stress too much on giving them the ‘perfect gift’

Nerdy girls appreciate the little things in life. As long as you show that you care about her and that she’s what your entire world revolves around, she’d be the happiest queen ruling a kingdom! Nerdy girls don’t expect nor desire expensive jewelry, bags, or shoes – gift her the novel she’s been dying to find to get lost into and you’d have made her birthday one she certainly wouldn’t forget!

12. Nerdy girls always have their eyes on the prize

Don’t take your nerdy partner as someone whose life goals revolve around looking pretty, having the perfect smile, or rocking this season’s Louis Vuitton. Yes, like all girls, nerdy girls want to be admired and complimented, but their ultimate goals are far more superior than their shallow counterparts. Nerdy girls always have one eye on the future and work hard to attain their goals. Like we mentioned before, regardless of how society and the media portray them, they’re a strong, independent woman who knows what they want.

13. They’ll be accepted by almost all your friends

It can get awkward if your girlfriend doesn’t mesh in with your crew, but as long as a nerdy girl is your partner, you won’t have to worry about that. As we mentioned before, nerdy girls can engage themselves in a variety of different tastes and hobbies, so it wouldn’t be surprising to find out she blends in with your squad perfectly.

14. They can prove to be your own, personal therapist

Unlike most girls, nerdy girls are especially sensitive to life’s challenges that one has to encounter. Their own experiences as being an ‘outcast’ in some ways help them analyze and understand other people effectively. Most guys would hesitate to talk about their issues with their girlfriends. However, just know that nerdy girls are not your average girl – they’re superstars!

15. They might just introduce you to something you never know you’d love

As we’ve talked about before multiple times, nerdy girls possess a galaxy of information in their minds. Just like she would infuse easily with your world, you might find her world to be welcoming as well – plus, you might just find out stuff you didn’t even realize you’d love geeking about!

Related Article: 8 Ways to Start Dating When You Are a Nerd or Geek 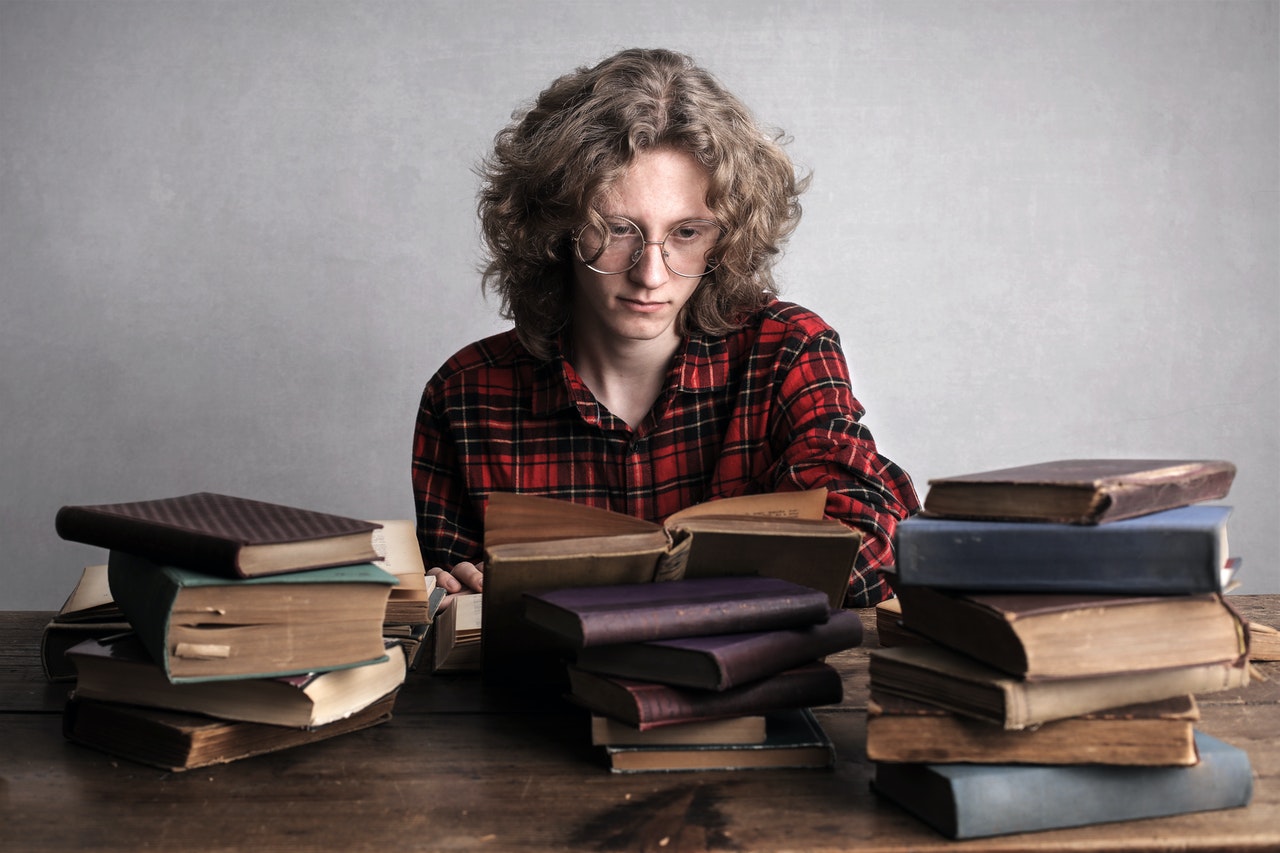 Barely Any Eye Contact with Anyone Before? Learn How to Step Out!

In conclusion, it can be said that it is society’s wicked games that snatch away the much-needed respect and admiration many people deserve – be that nerds, wallflowers, poets, or computer-geniuses have led them into being social outcasts because of their God-given gifts. We, as a generation, need to erase these stigmas and appreciate people for who they are, since the best version of someone is when they are being themselves.