Who is Malu Trevejo? Her Nationality?

Malu Trevejo is a social media influencer-turned-singer. She was born in Cuba and later moved to Spain at quite a young age. Her father is from Madrid, and her mother is Cuban. They relocated to Miami when she was at the age of 13. At that time, she even struggled to speak proper English.

How Did Malu Trevejo Get Famous? 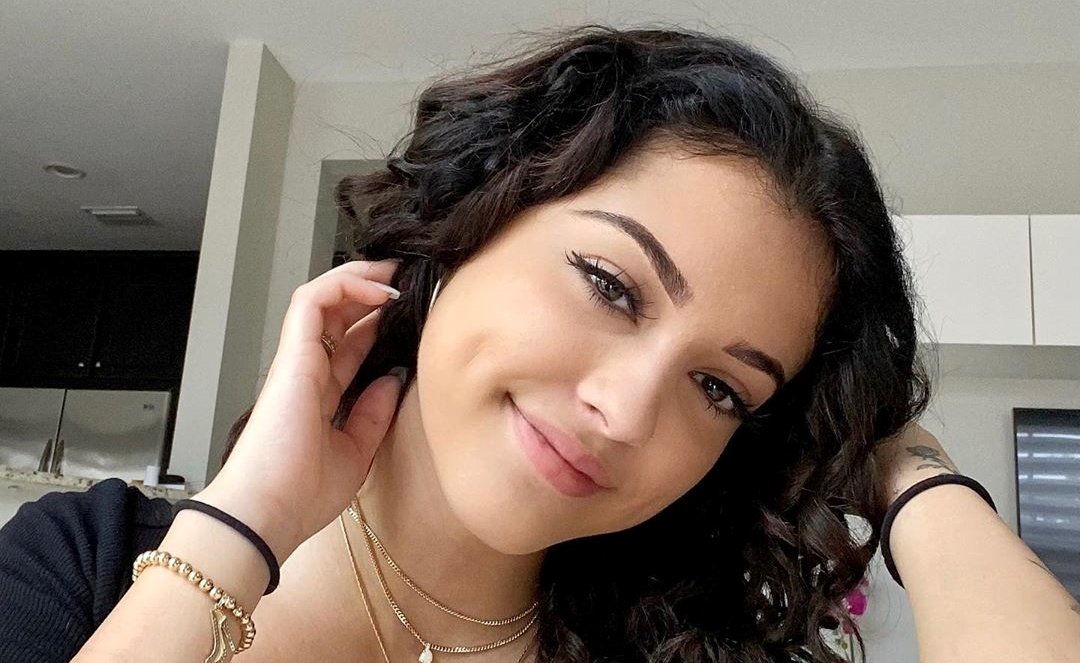 It all started when Trevejo started posting videos on a platform called Musical.ly. If you’ve never heard of Musical.ly, you’d be surprised to know that it’s literally the same app which we now know as TikTok. There, she was already quite popular, with numbers growing consistently. However, the platform wasn’t as big at the time, so she got her first proper taste of fame through Instagram!

Here’s what she had to say about how it all began;

“I posted a video of me dancing and people liked it a lot and they started reposting it. It started getting followers and started doing more music videos and videos of me dancing.”

She Used Her Social Media Fame As A Stepping Stone Into The Music Industry! 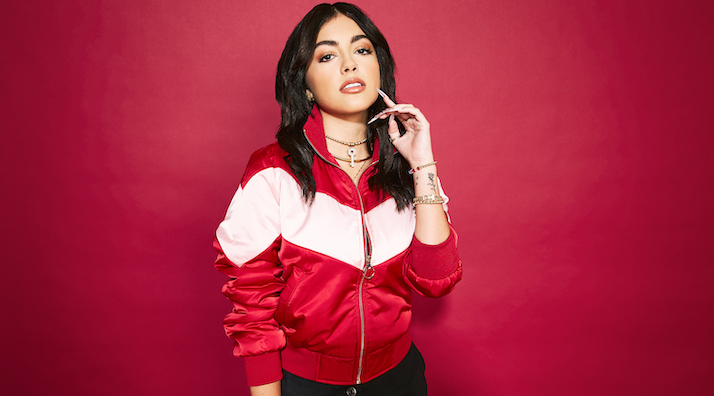 How many people have we seen online who get world-famous through one viral video, and then disappear into oblivion? Be it the “Damn Daniel!” duo, or the yodeling Walmart kid singer, they all have their 15 minutes of fame and that’s it. However, Malu Trevejo played it smart! When she mustered up a big enough chunk of fame on social media, she used it to propel her musical talent into the public eye.

In 2017, at only the age of 15, she released her first single called ‘Luna Llena’, which went super well-received by the audiences! In the same year as her first song’s release, she even signed a recording contract with a division of the Universal Music group; Tu Linea. She’s naturally gifted as a singer, which helped her a lot in making a super smooth transition into the world of music.

Shakira and J-Lo are her idols, and she takes inspiration from them and releases music in both English and Spanish languages. Her first EP, Una Vez Mas, came out on 2nd Aug 2019. Here’s what she had to say about it;

“This EP captures my fun-loving side and has great songs to jam for this summer… The most challenging part was picking only a few songs to make it on the EP! The most rewarding was being able to share music that I love with my fans.”

How Many Followers Does She Have On Social Media?

As of right now, she’s got 8.4 million followers on Instagram – an army that keeps growing each day! She’s also got 1.3 million subscribers on her YouTube channel, which is a pretty big number, considering she’s only got 43 uploads on the platform. 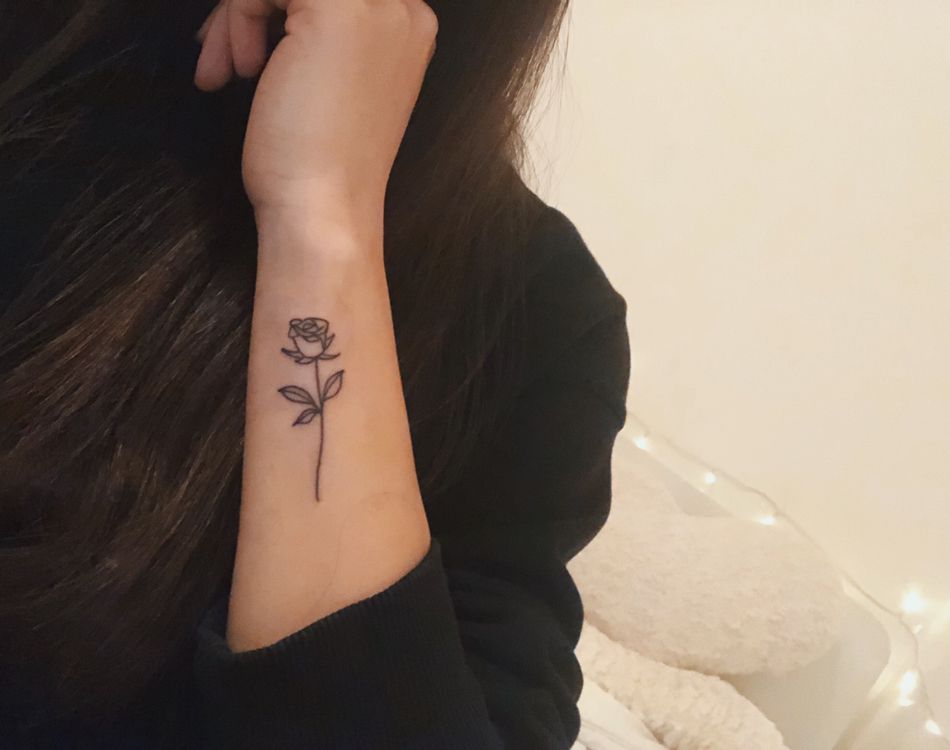 Malu Trevejo loves tattoos, that’s for sure. Right on her under-chest lies her biggest and most dubious tat, which is inked by her tattoo artist Alex Chiong. It’s inspired by the ocean, with a pair of eyes drawn right under her breasts, and a shell where the nose would be. The top of the illustration has curvy lines, possibly representing sea birds and ocean waves. A school of fish fills in the empty spaces down under, with a little black crescent moon up top. The moon controls the tides of the ocean and is also seen as a symbol for women as the menstrual cycle lines up with lunar cycles.

Besides that one, Malu Trevejo has various other smaller tats. In February 2018, she got another significant tattoo done, live-streaming the entire process. The social media star, then 15 years old, got seven lines of text tattooed on her arm saying; “I will not be / another flower / picked for my / beauty and left / to die. I will be / wild, difficult to find, / and impossible to forget.”

Besides these, she’s got many other smaller tats done, all with meanings behind them. She’s also got her mother’s name “Denia” done on her left shoulder. Other stuff like a rose, cat paws and a musical note are also parts of her ever-growing tattoo list!

1. She got bullied upon moving to the US 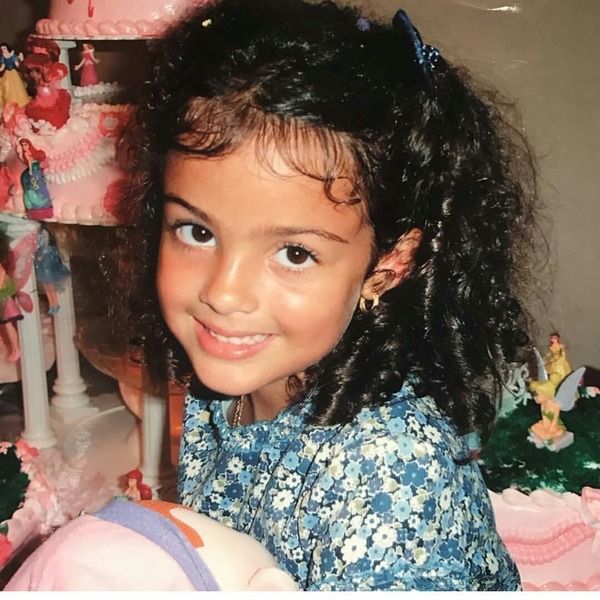 Teenagers can be very mean, especially to a girl who’s moving into the country, not even being able to properly speak English. Malu experienced this first-hand upon moving to Miami, as her classmates bullied her for simply being the odd one out, looking and sounding different from others. After all, that’s exactly what ended up getting her famous!

2. Being a singer was always her dream

Malu always wanted to be a successful singer but didn’t always have the confidence to pursue it. Dealing with bullying for years can make people reluctant to share their personality and voice with the world, but she decided to step outside of her comfort zone, and the results were explosively positive!

3. She was accused of being a racist 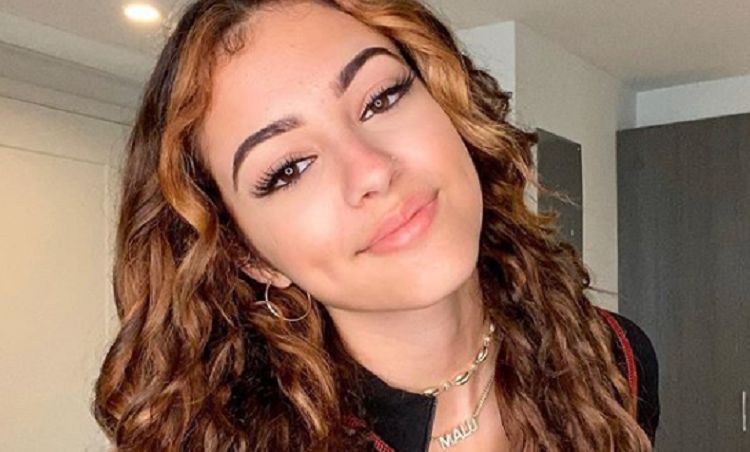 In today’s world, fame and controversy go hand in hand. During an IG live, the young singer was accused of racism after referring to the novel coronavirus as a “Chinese virus”. To make matters worse, she followed it up with, “I’m sorry — not trying to be racist or anything but every time I see a Chinese person I go ‘uh, don’t breath”, which understandably had social media backlash.

She’s still growing up and learning from her mistakes though, no matter how successful she already is. After all, she acknowledged that her comments were out of line and issued an apology. 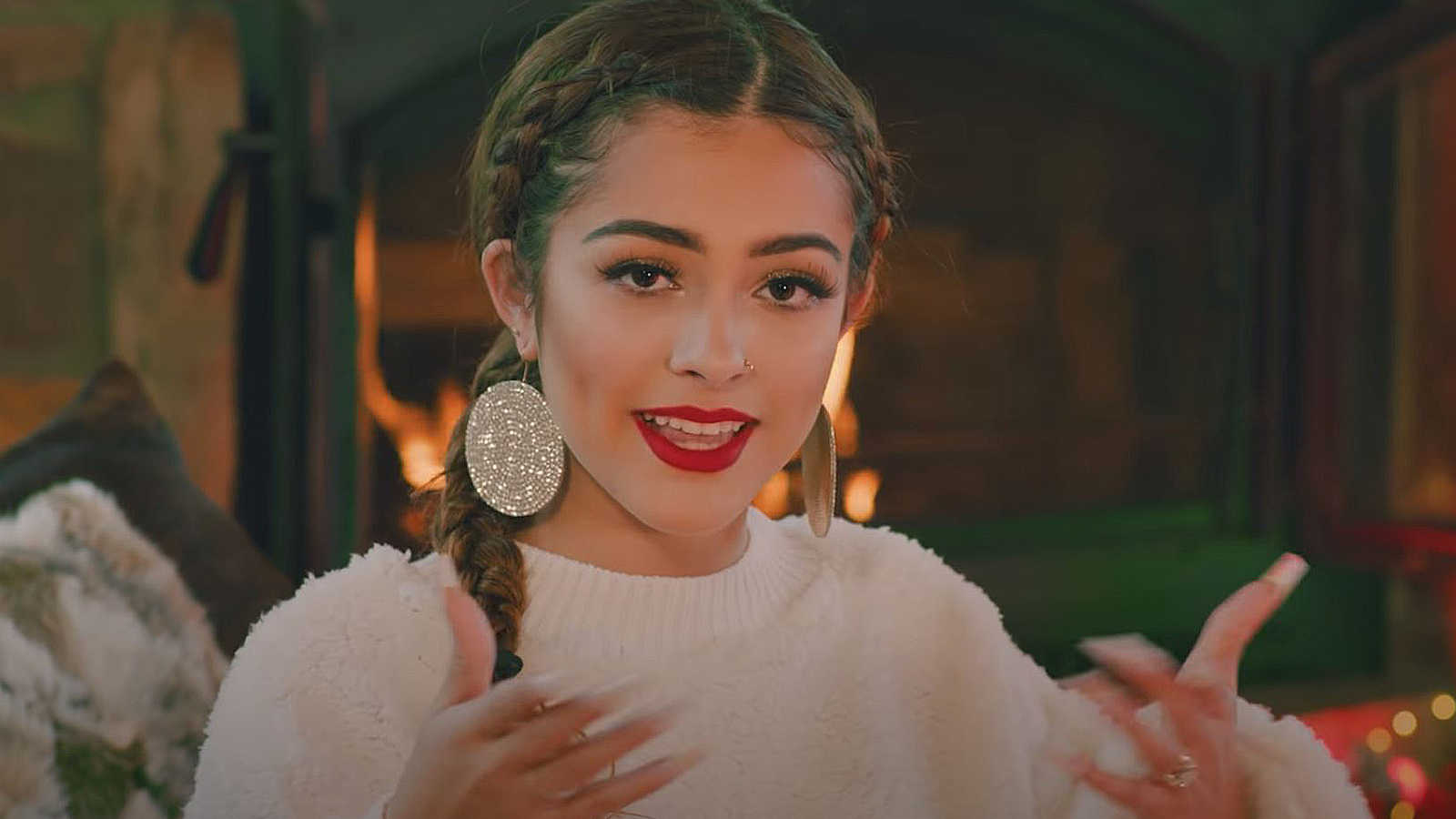 Celebs use stage names all the time. However, it isn’t common knowledge that Malu’s name isn’t actually her real name. She’s known as Malu Trevejo, but her real name is Maria Luisa, from which the stage name is derived from.

5. She had to go for homeschooling

Malu is a high school student, technically at least. However, fame comes with its fair share of problems too, and it can be annoying to live the ‘Hannah Montana’ life as a student. Hence, she took the decision of leaving the traditional schooling ways behind, and here’s what she had to say about it; “I’m homeschooled because I cannot go to school. There are too many people coming up to me and asking dumb questions. I can’t be a normal teen, to be honest. If I want to sing, then I have to live this life.”

With a follower-base of over 8 million people on a huge platform like Instagram, no wonder brands would want to be associated with Malu! She’s currently partnered with Fashion Nova, a popular clothing brand. She often puts up posts of herself wearing the company’s articles of clothing, enticing her followers to buy what she’s wearing.

7. She has a goal to inspire the youth!

While being a singer who is only growing bigger and bigger is a dream-come-true for Malu, that’s not her only goal. She wants to use her music as a medium to inspire other young women to do what they love. She hopes her work can make people feel better about themselves, and find the encouragement to follow their own dreams.

What Is Her Net Worth? 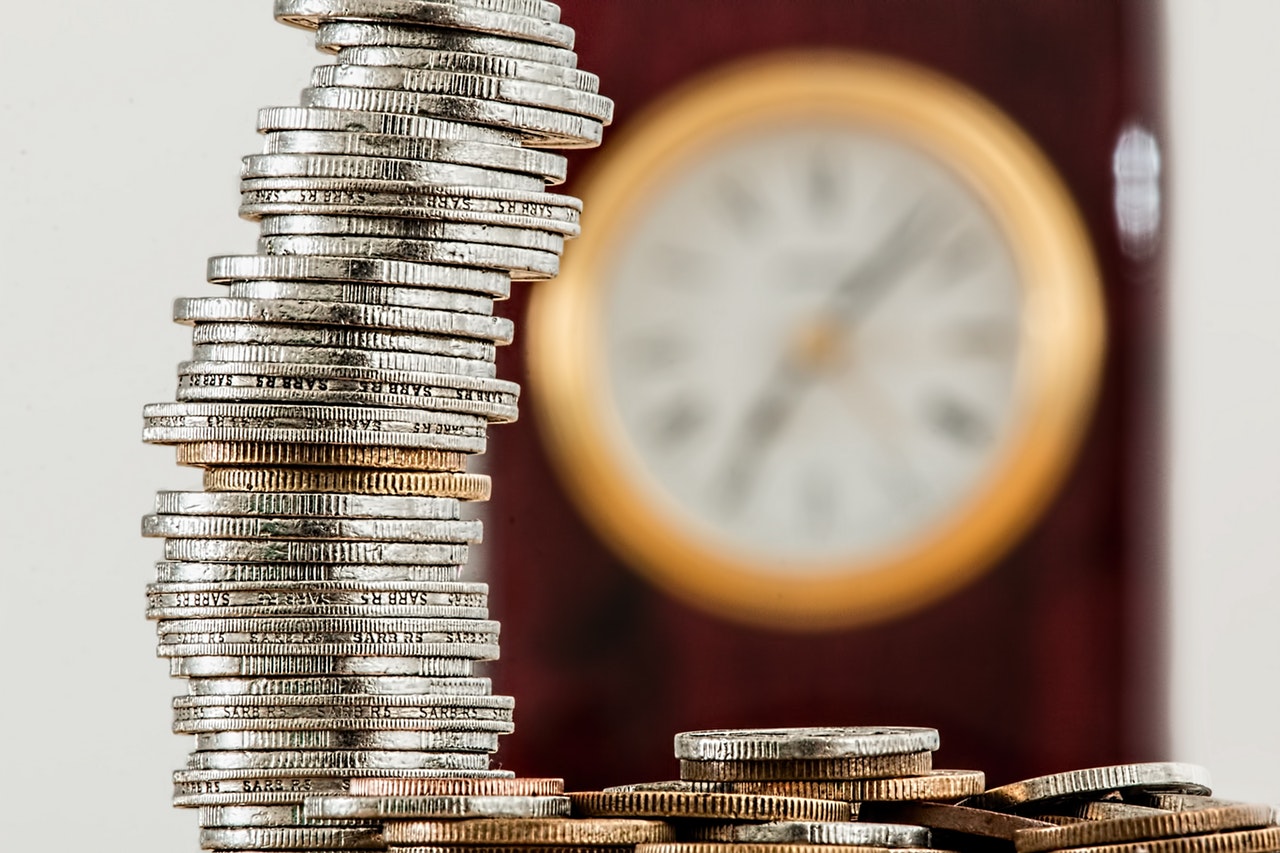 There’s not any verifiable data about her real net worth on the internet, possibly because of her super young age. However, there are still estimates (more like ‘guesstimates’) about what she’s worth. Websites like wealthypersons.com and famousbirthsdeaths.com have their guesses at about $200 thousand.

What Are Her Latest Singles?

Here are the three singles she has put out in 2020;

Malu Trevejo- Walk in the Club

Related Article: Are You A Star Child? Take This Test To Find Out! 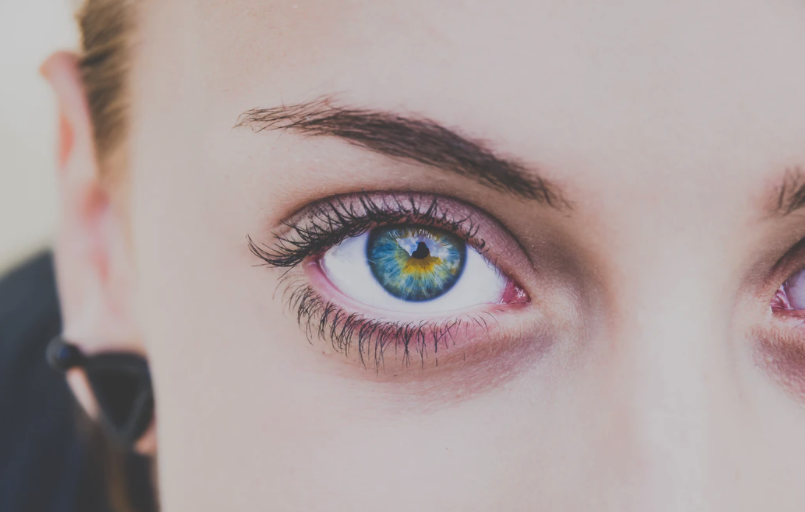 Though not like most of us, a Star Child has all the love to give 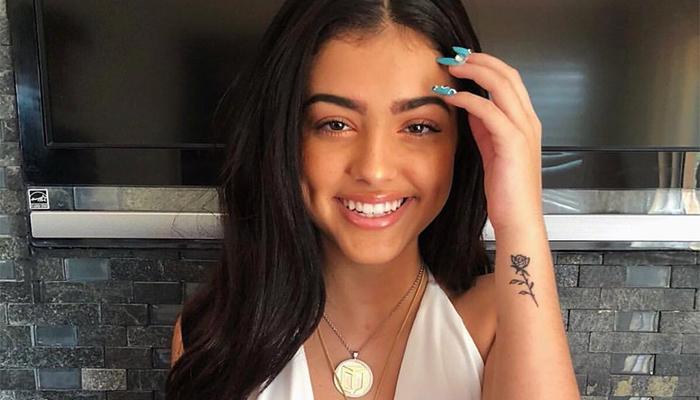 Malu Trevejo is one of the brightest up-and-coming stars in the world of Latin music. It’s only been a few short years since her debut, but talent doesn’t need long to prove its worth. She has put enough music out to tell the world that her music is meant to be heard and blow up, and it has!

She hasn’t produced anything particular upscale, like a full-length project, yet. Her debut EP though, ‘Una Vez Mas’, got her tons of attention. Her Spanish-English combo songs have brought her versatility to the spotlight. She’s not shy of incorporating every bit of her roots and culture into the songs she puts out, and that’s what makes her unique!

Besides her bright future in music, she’s also a popular social media influencer with millions of followers. In this article, we’ve discussed all you need to know about this talent-filled package!