Intrigued by the life of American actress Chrishell Stause? Learn some amazing five facts about Justin Hartley's wife from below. 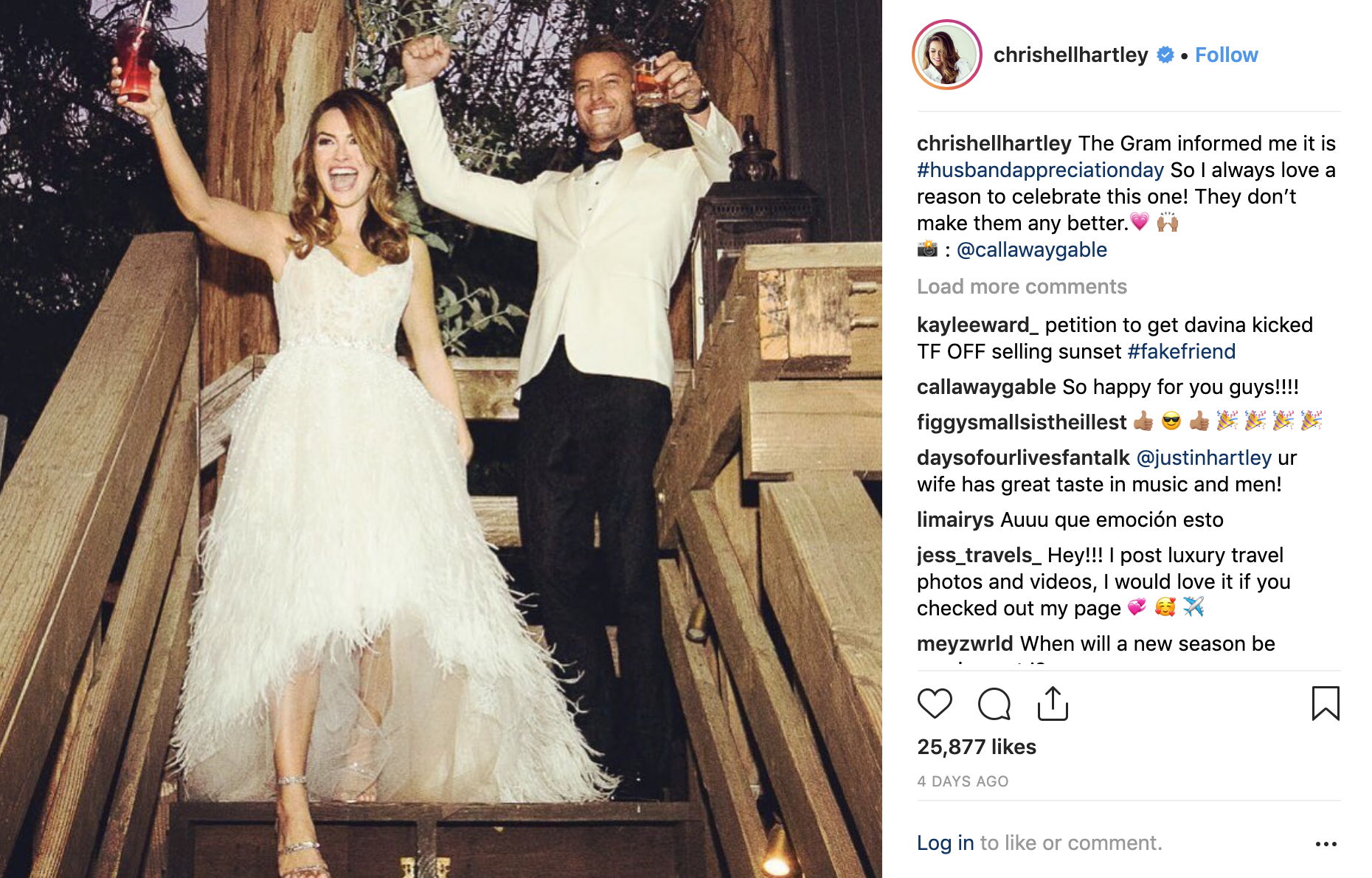 Born as Terrina Chrishell Stause in the year 1981, American actress Chrishell Stause has an intriguing story behind her name. It is said that Chrishell's mom went into labor while she was at a Shell gas station. A gentleman named Chris came out to help her and thus the newborn baby girl was named Chrishell. The actress prefers being called Chrishell even though it is her middle name. 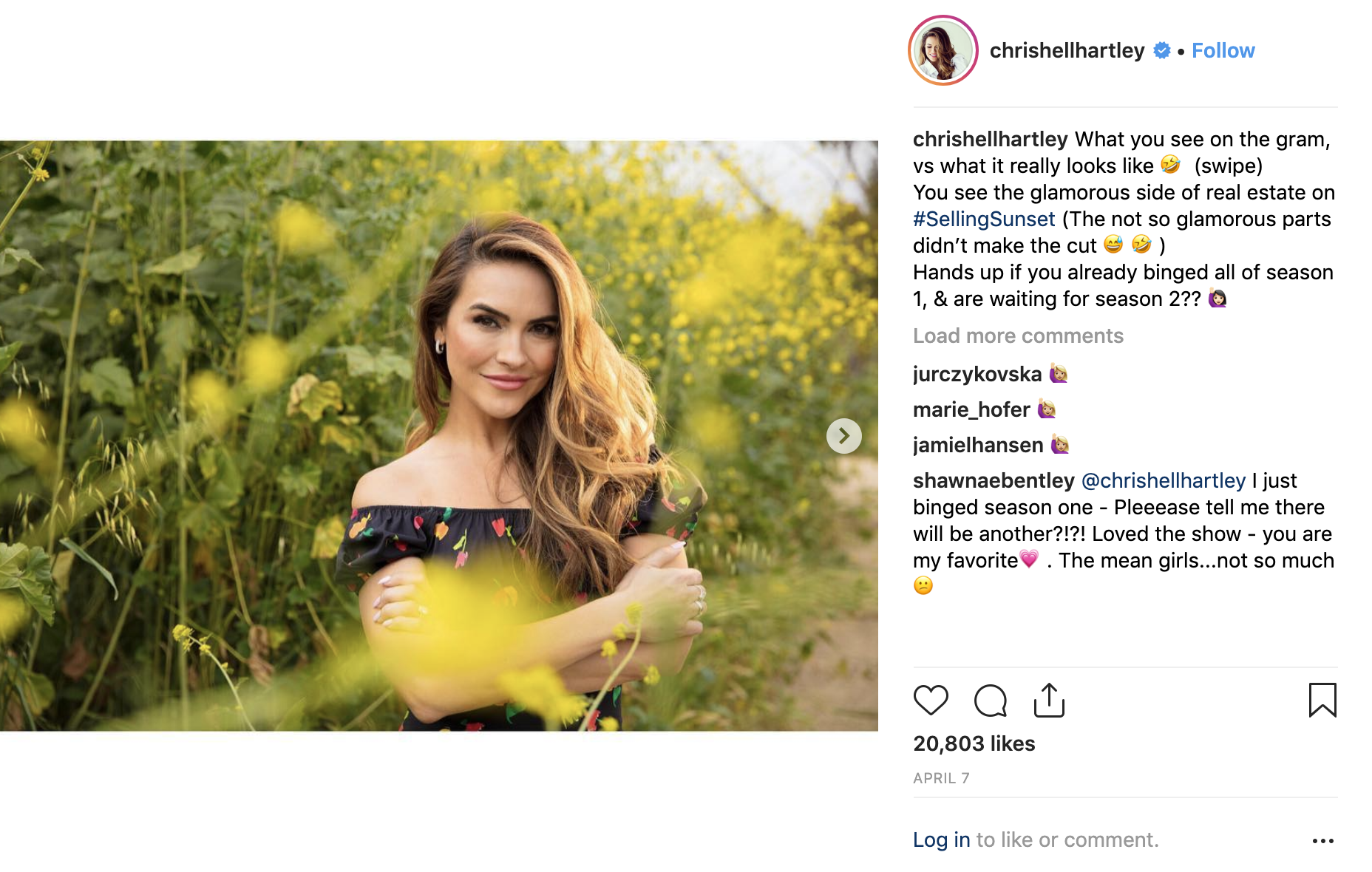 Born in Kentucky, she attended Murray State University over there with a degree in Bachelor of Arts, theatre in the year 2003. She is said to have Japanese and Spanish ancestry. Soon after her graduation, she found herself with a leading role of Amanda Dillon in 'All My Children' in the year 2005.

Having a long and successful career in the industry for more than 10 years now, Chrishell Stause has been a household name in America. Her hit soap, 'Ally my Children' was taken off air in the year 2011. She could be seen doing some guest appearances here and there until in 2013, when she bagged the role of Jordan in the hit TV show, 'Days of our Lives'. She quit the serial after two years and moved ahead. In 2015, she got a guest role in ABC's 'Mistresses'. Soon after, she landed a role in 'The Young and the Restless'. The super hit soap can be called an iconic TV series and is currently running its 45th season. 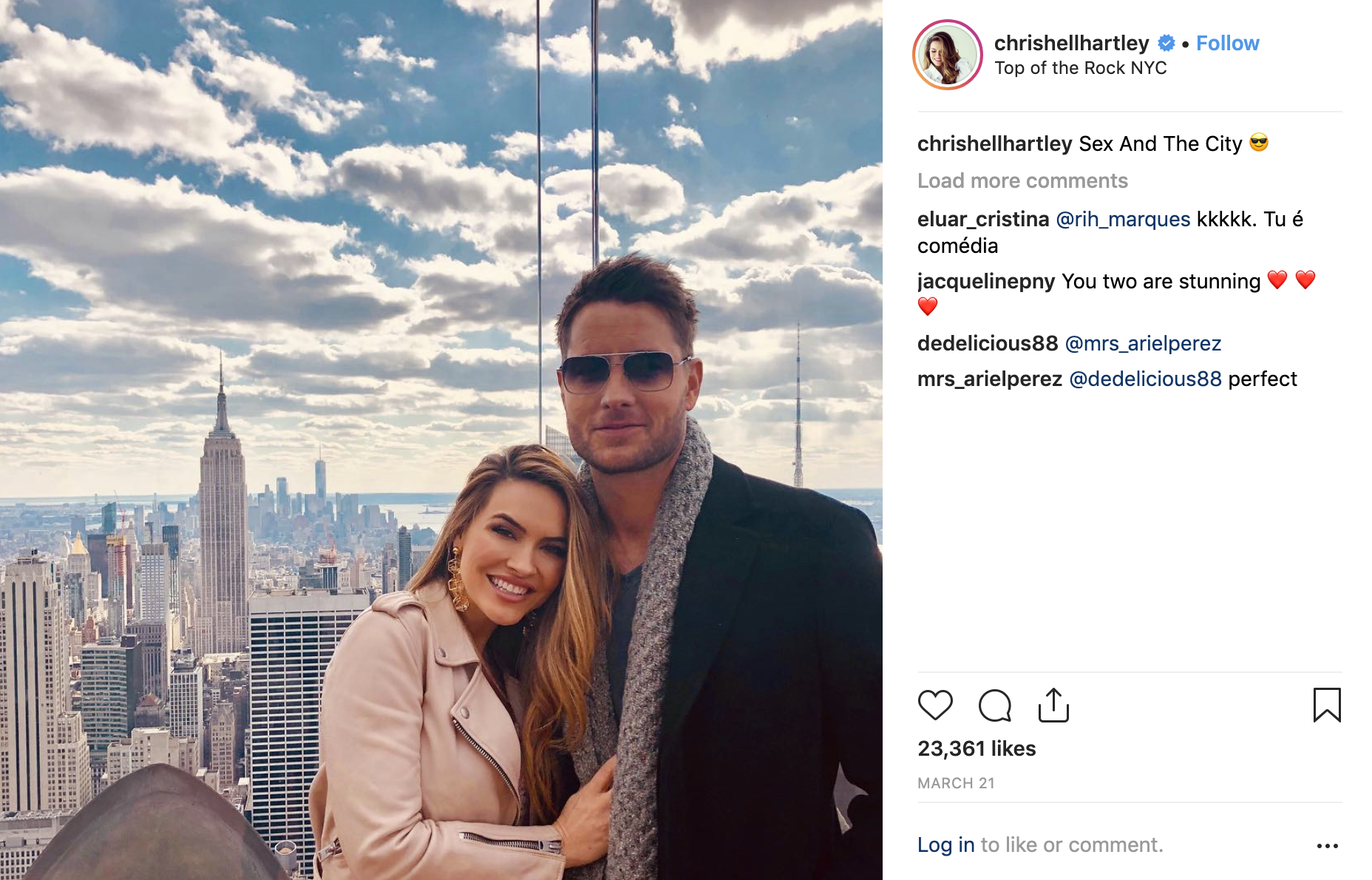 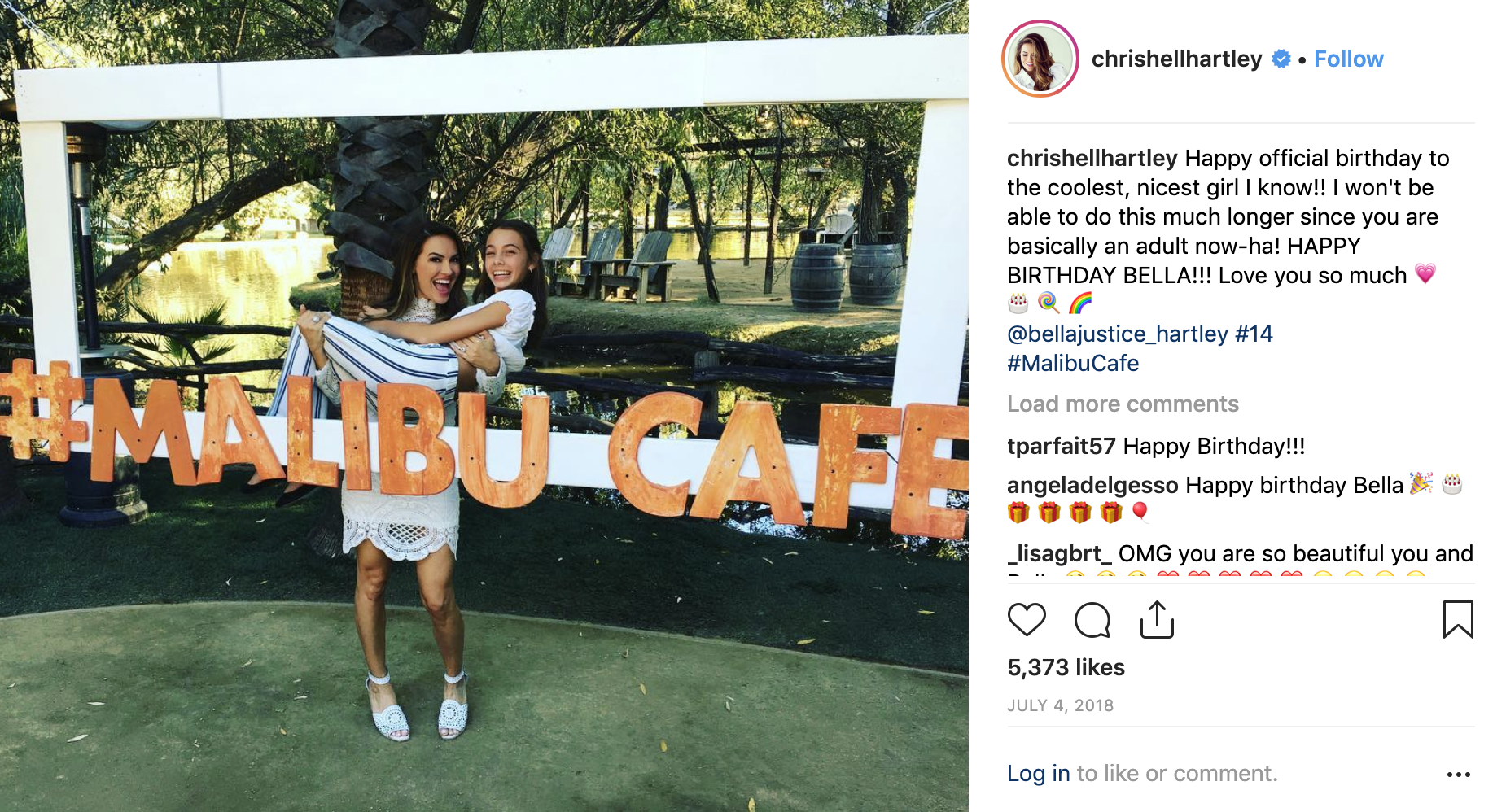 Chrishell Stause is very active on social media and has a huge fan following. One gets a sneak peek into her life looking at her hot pics in Instagram and Twitter accounts with the actress relaxing, holidaying and having a good time with friends and family. Justin Hartley's net worth currently is estimated to be around $5 million. The net worth of his wife Chrishell Stause is not clearly known, but it’s bound to grow soon as she is a well-known actress. Justin Hartley's hit show, 'This is Us' has wide popularity starring alongside Mandy Moore and his wealth is bound to grow from there too. The show has been nominated for the Emmy awards also. Written below are some amazing facts about Chrishell Stause in a nutshell.

Rodney Carrington is an actor, an amazing country music artist, and an American stand-up comedian.
Entertainment Tonight on Instagram: “Congrats to #JustinHartley and #ChrishellStause on tying the knot! 🎊👰💒 The #ThisIsUs star kept us updated throughout the planning for their…”
Source: Instagram

1. Chrishell is the middle name of Justin Hartley's wife

As explained above, her real name is Terrina Chrishell Stause. All Hollywood stars have a distinct name when they enter the world of fame. Though Terrina is not a common name and also has a nice ring to it, Chrishell preferred to be called by her middle name which sounds more outstanding. So far, the name has given her good luck and fame in Hollywood.

2. She got an entry into Hollywood through her writing

The American actress and Justin Hartley's wife Chrishell Stause is also the writer of the famous soap operas like 'Day of our Lives', 'Young and the Restless' and 'All my Children'. She seems to have an understanding of the soaps and can well relate to what clicks in the industry. She wanted to be a writer but her understanding of the soaps landed her with a role in 'Young and the Restless'.

3. She is of Japanese and Spanish descent

The bi-racial Chrishell Stause has an exotic appeal about her, thanks to her Japanese and Spanish descent. This unique mix has given her a pretty face and a charming appeal.

4. Justin is not Stause's first shot at marital bliss

Thank you again to @people magazine! We wouldn’t have trusted our wedding to anyone else! @justinhartley 👰🏻?🏼 pic.twitter.com/BfkitPWsRS

Her TV show, 'Another Time' is scheduled to go on air in the year 2018 and is completed. Another famous soap 'Youthful Days' was aired in the years 2015-2016. 'Mistresses' was shown in the year 2015. Chrishell Stause has also worked in various other TV series, 'Curse of The Crimson Mask', 'Misguided', 'Meanwhile', 'Hot and Bothered', 'Body of Proof', 'Luke' and 'Scaring the Fish' apart form 'Days of our Lives' and 'The Young and the Restless'. Her role as 'Jules' in 'The Crimson Mask' was much appreciated.

Lastly, she was recently in Netflix's 'Selling Sunset' where she lands a job as a realtor. It was definitely full of drama in there!

Chrishell Hartley on Instagram: “Here is a clip of my Good Day LA segment from today! Full interview is linked in my bio. How gorgeous & sweet is @_vanessaborge?! I talk…”
Source: Instagram 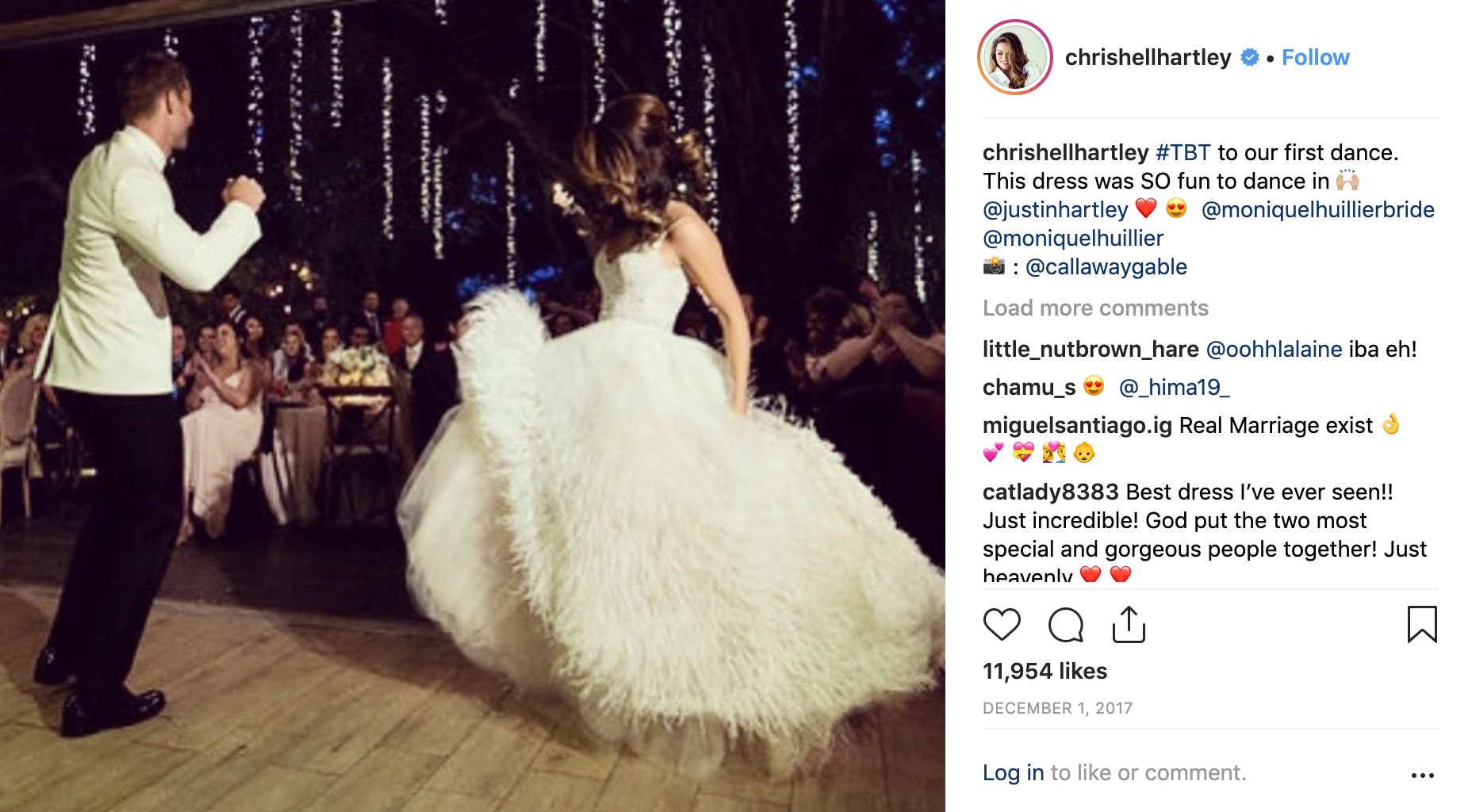 Chrishell Stause continues to entertain America with her hit and relatable TV soap operas. The actress recently had a dream wedding in Malibu, California. One can see her hot pics on Instagram and Twitter and know more about her interviews on YouTube.