Without fashion designer Wendy Pepper, there may not have been a Project Runway.

Wendy Pepper was a fashion designer that lit the runway on fire. Her cut-throat personality and incredible designing and constructing skills brought her to third place in Project Runway's first season back in 2004. She made so much of an impression on the hearts of America, that she was invited to come back in the second Project Runway All Stars season in 2012. Sadly, Wendy Pepper passed away of unknown causes on November 12, 2017, ​in Washington D.C. Let's take a look back at​ the history and legacy of fashion designer and reality TV phenomenon, Wendy Pepper.

The Early Life of Wendy Pepper

Anne Eustis Pepper Stewart, publically known as Wendy Pepper, was born in Dayton, Ohio on August 23, 1964. She grew up in Middleburg, VA and often called the city her hometown. She went to an acclaimed boarding school for girls called The Madeira School in McLean, Virginia and graduated from that school in 1982. Later, she ended up attending college at the University of Washington in Seattle, where she ended up getting a degree in anthropology.

Living in Nepal, Wendy Pepper grew into her love of fashion designing.

While studying abroad in Nepal, she began to fall in love with the exquisite fabrics and yarns that she came across. She began to drape different fabrics and realized how to work with the female form and turn her costume designs into art. She used her designs and fabrics to communicate her experiences and began to establish her voice within the fashion industry.

On the first season of Project Runway, Wendy Pepper's run was a rollercoaster ride for the audience and her competitors.

Fashion designer Wendy Pepper made a statement on the first season of Project Runway through her clothes and her personality. She won two important challenges during her run, leading to the dress that she designed selling at popular clothing store Banana Republic and an altered version of her dress being worn by television host Nancy O'Dell at the 2005 Grammy Awards show. 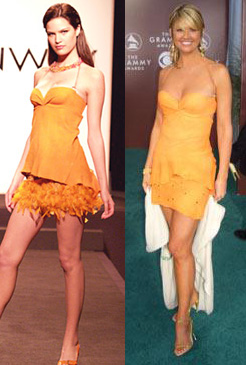 She became well known for her villain-ish personality, and the drama she was involved in throughout the show, most notably the drawing of a mustache on her daughter's picture. She made it all the way to New York Fashion Week, which is where the top three designers create collections to broadcast to the Project Runway judges and all the New York fashion scene. Pepper showed her "Thrill of the Hunt" collection where she showcased a mixture of extravagant costume gowns and her twists on men's fashion inspired pieces. Check the YouTube video below out at the three-minute mark to see her collection during the first season of Project Runway.

Even though she only made it to the second episode of that season, the fact that she was asked back proved that she was a force on the series and played a big part in the first season's success leading to the television powerhouse that it is today. Many reality TV show buffs still talk about her portrayal during the first season of Project Runway to this day.

Net Worth, After Project Runway, and More

The website Richest Celebrities estimates that Wendy Pepper's net worth is around $1.6 million. Her net worth has a lot to do with her long run in reality television with shows like Project Runway, and other reality series on the television network Bravo like Celebrity Poker Showdown and Battle of the Network Reality Stars. After the first Project Runway season, she ended up opening her own store in her hometown of Middleburg, VA and created the Pretty World fashion brand. She ended up selling a lot of her Project Runway designs from this boutique. After her season of Project Runway All Stars almost a decade later in 2015, she opened up her own boutique in Shepherdstown, W.Va. It had been ten years since she had shown at New York Fashion Week, and she wanted to take a different step as a fashion designer and as an artist. She was inspired by the town's eclectic, hippy fashion sense and sought to open up a boutique that utilized the power of upcycling. Upcycling is when you take old clothes, and turn them into new fresh clothing items.

"Becoming a fashion designer is not easy. Fashion, like any art form, requires dedication and “a degree in fearlessness."

- Wendy Pepper in an interview with student newspaper The Picket

The Death of Wendy Pepper

After Wendy Pepper's untimely death in November 2017, many Project Runway alums took to social media to express their condolences and the impact that she made on the Project Runway franchise.

#RIP one of the first of many great characters to appear on #ProjectRunway. She was a big reason for the first season’s success https://t.co/m95agGAzDU

Sad to hear of the death of @ProjectRunway's Wendy Pepper. One of the most memorable designers on the show.https://t.co/M8tYcKj2ht

We're deeply saddened by the passing of an original member of the @projectrunway family, designer Wendy Pepper. Our thoughts and hearts go out to her friends and family. pic.twitter.com/QX6dzJbyxz

Conclusion: The Legacy of Wendy Pepper

Fashion designer Wendy Pepper always kept eyes and ears on her. Whether it be through her various controversies on reality television, her costume designs or her personality, her name is one that never leaves people's mouths. Wendy Pepper will be remembered as a woman who always got the job done, and made her ideas of life and the fashion industry known no matter what. The world is a little less light​ without fashion designer Wendy Pepper to spice everything up. 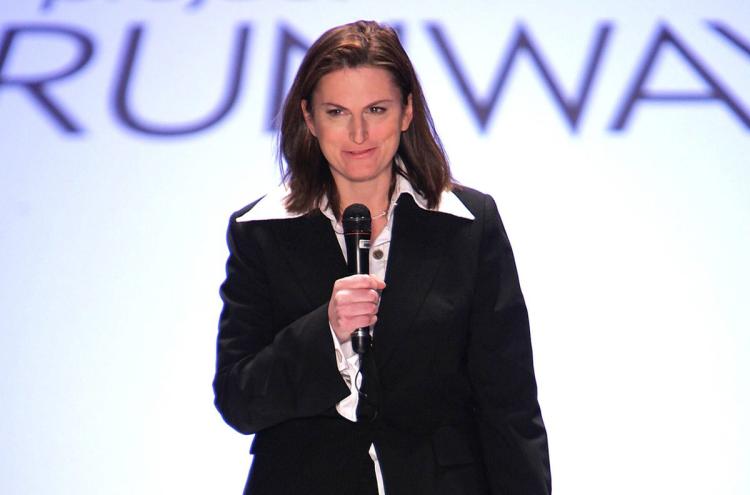