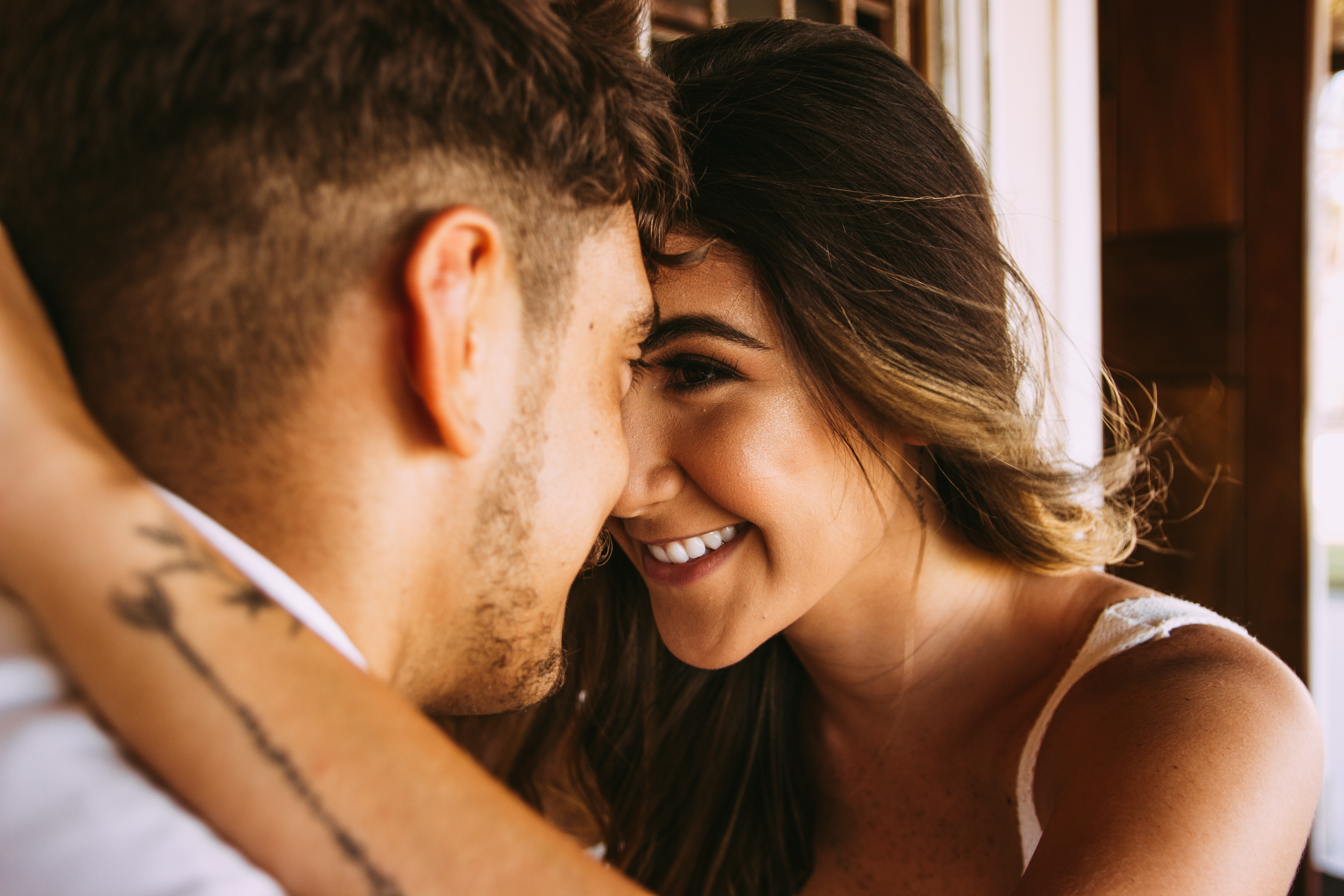 When it comes to dating it’s always exciting to meeting someone new with whom you share a special connection. While it’s great spending time with someone and becoming closer, how do you know when it’s time to take the next step and see one another exclusively? Let’s look at some signs that will help you make that transition into dating exclusively - in a relationship.

When Does it Feel Right to Go into An Exclusive Dating Relationship?

While there are certain rules for when you should go exclusive, ultimately the decision is between you and your potential future partner. Many people go by rules like waiting 3-6 months if you have met their dog (hey this is a big deal!), or even if you left the toothbrush over and they didn’t complain then, things may be getting serious. However, realistically everyone is different and what works for some won’t work for all. The best way to gauge when it feels right to go exclusively with someone as well, through communication.

It doesn’t matter if you have gone on 10 dates or 3 dates if you have spent quality time with someone and your interest in them is constantly growing then let them know how you’re feeling. Signs that sparks are flying are never hard to see, and they may feel the same but are too nervous to tell you the same.

Yes, it can be a bit nerve-wracking because no one likes the idea of rejection. However, although rejection maybe scary, the idea of letting the chance of a great exclusive relationship pass you by is not any better. If nerves seem to be stopping you more than anything, you can always give it a little more time to be completely sure. Because even though you are not at the destination of a relationship, you are only a step below it and well on your way.

The Meaning of Exclusive Dating but Not in a Relationship 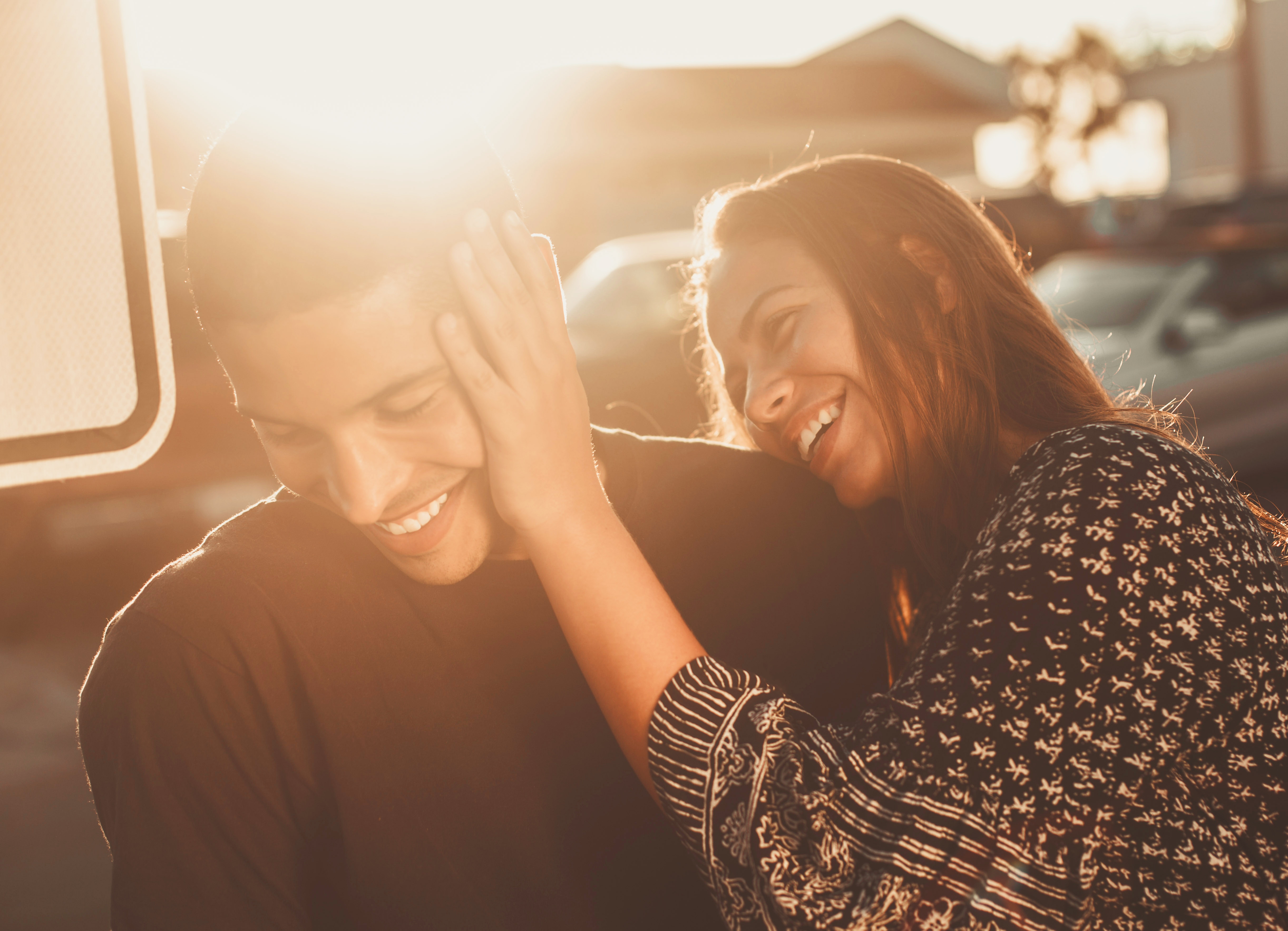 Exclusively dating but not in a relationship can be defined in more ways than one, as this is up to the people involved to define what this will mean for them. Some people prefer complete exclusivity which is not to see anyone else romantically while seeing one another.

Others may prefer to define this as only seeing one another while physically together but once apart, they can see other people. Another option for some could be only certain doings are allowed outside of them being exclusive, but others are not at all permitted. It’s very important to discuss the terms of what being exclusive with your partner will mean so each person understands where the boundaries lie.

Setting boundaries is another important factor in deciding to date someone exclusively. When boundaries are set then each party understands what to expect. This is best, so no emotions will be compromised and respect for one another’s time will also be a priority. If you have decided to be exclusive with someone but they prefer to date outside of the agreed-upon boundaries, it may be best to move on and find someone who prefers to date exclusive in the same way you do.

The Rules of Exclusive Dating 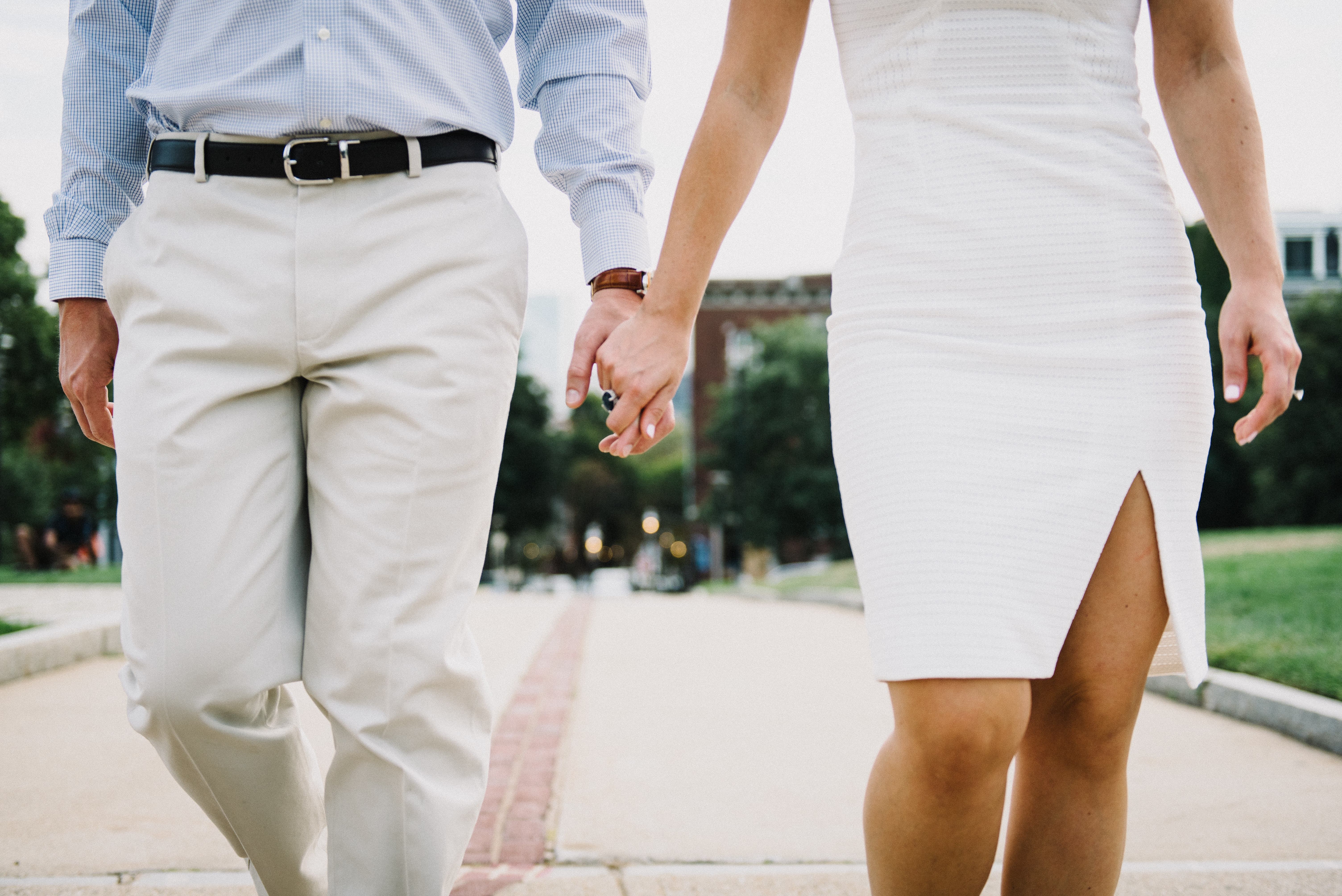 Exclusive dating is great because in a way you are moving forward with someone you are interested in. However, it can also be a bit confusing as it is sort of like being in a ‘limbo’ place. You are highly interested in this person and are not with them, but you aren’t going to see anyone else either. The great thing is exclusive dating leads to even better things. So, if it’s something you and your potential partner would like to pursue, here are a few rules that can help make the process even more amazing:

1. Get off the Dating Sites

Agreeing to see one person and one person only means you really like them and are eager and open to seeing where things go. Because of this, it’s best to get off any dating apps you may be on. Failing to do so may only deter you and cause you to go looking elsewhere. But if potentially being with someone you have been seeing for a while is what you want to explore, it’s better to let go of the other options and focus on the one in front of you.

2. Continue to take it slow

As obvious as this may sound, this is where some people make the biggest error most of the time. Sure, things are going well, and you have been seeing one another for a while but remember you are only dating exclusively. So, it’s best to continue to take things slow. Don’t bring up marriage or kids just yet because you are not yet official. You don’t want to scare your interest away with talk of commitment-based situations before even being officially committed. Just relax and continue to spend time with one another and things will continue to naturally fall into place.

3. Don’t Make Your Emotions So Available

This is extremely important for both parties involved. You like one another and may be sure that you would like to move past the exclusive phase. However, don’t become so emotionally available just yet. Think of this time as a sort of trial period. You know what you want but you need to see what it will be like before you go all in.

During this time, it is imperative to not discuss past relationships. You want to give one another time to get to know each other for who you are, not for what you did in the past. This is a fresh start, and the time should be used as such. Exes are in the past and when moving forward to build a future with someone new, it’s always a better choice to leave past people and decisions behind.

The last thing you want whether intentional or not is to become clingy towards the person you really want to be with. Most of the time, this is a major turn off and will cause that person to go the other way. Instead, respect their space, and don’t have any expectations. Because although you are actively seeing where things go, things may not work out the way you expect. Just take things one day at a time and have fun but do keep in the back of your mind that you are not yet in a commitment with this person and the situation should be treated as such.

8 Signs That Tells You Are in an Exclusively Dating Relationship 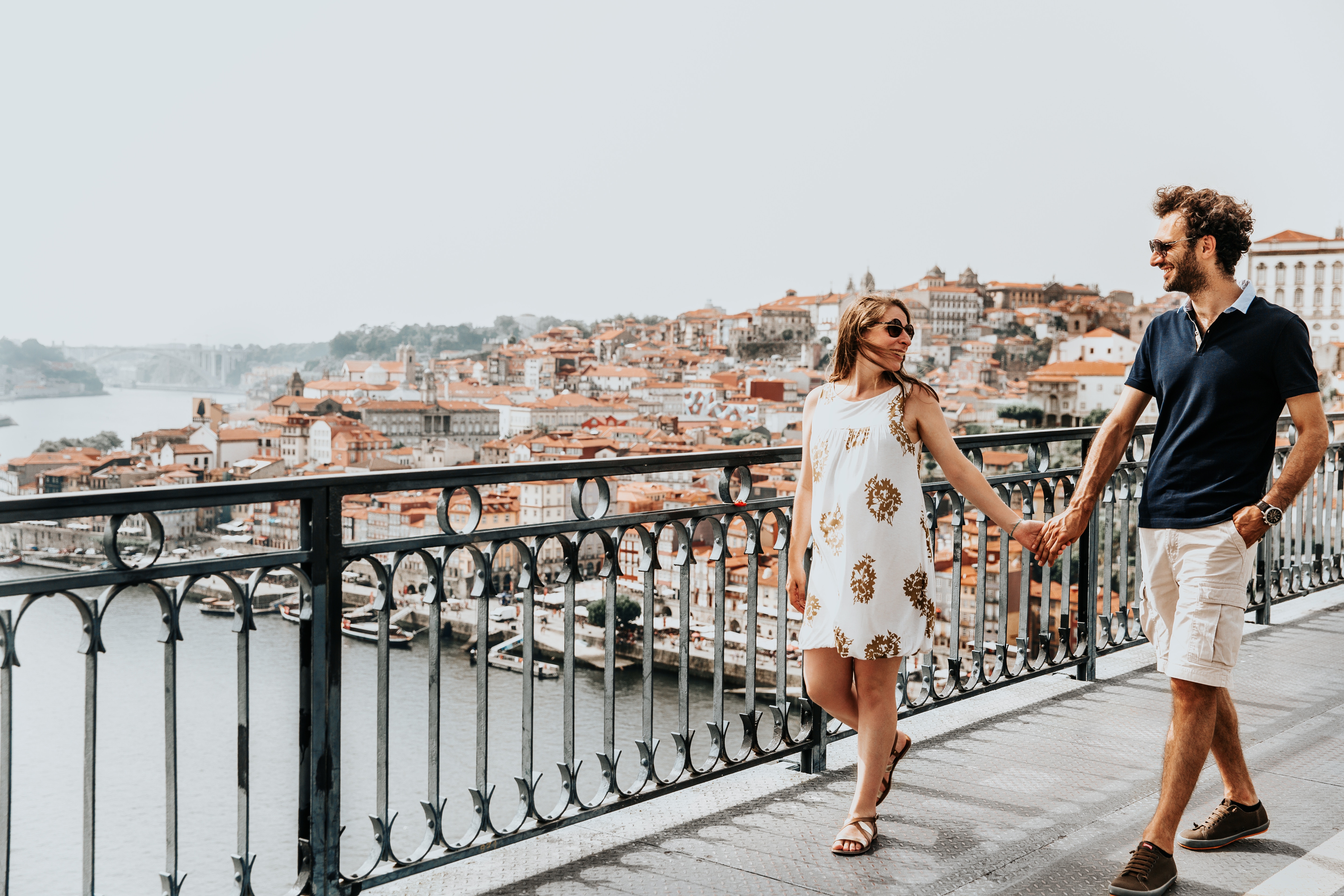 Aside from the fact that you spend lots of time together and you’re on cloud nine when you do, there are a few tell-tell signs that will let you know you’re exclusive before they do.

1. You Spend Majority of Your Weekends with Them

After a long work week, weekends become somewhat of a privilege. Having that time for yourself after working endless hours during the week is very, very precious. So, when your interest sacrifices that time alone to hang out with you, you know things are heading in a more serious direction.

2. They Hold Your Hand Out in Public

Holding hands is one of the more classic signs that someone wants to call you their own. It’s a symbol of affection and to show the world you guys are an item. Even if you haven’t officially made it to that point yet, you’re headed in the right direction.

3. They Tell Their Ex You’re Together

This may be one of the more major signs you could receive. If they have notified their ex they have moved on with someone new despite not officially being in a relationship with you, this is someone who really wants to be with you.

4. They Tell Their Friends About You

If their friends know all about you then you are the apple of your interest’s eye. We all know we only divulge our romantic life to our closest pals when we can see ourselves being with that person. So, get ready because this person is in it for the long haul. 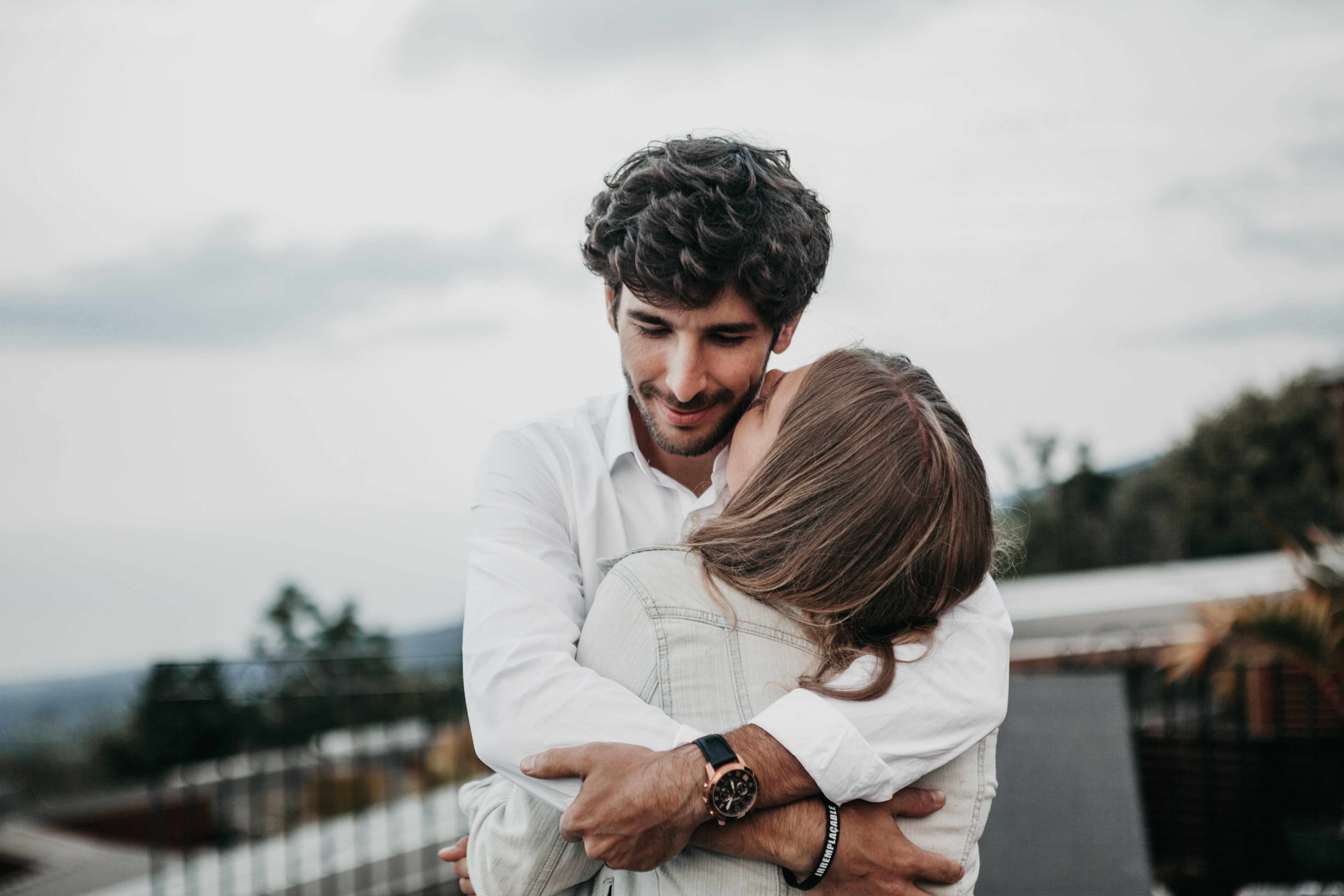 5. You Were Introduced as Their Significant Other

This one is also a pretty big deal. Usually, during the exclusive phase, we are introduced as a close friend to our potential partner’s friends or family. However, if they have stopped and begun calling you their boyfriend or girlfriend instead, they are exclusive and planning on being with you.

6. Hearing from Your Ex Makes You Feel Bad

If your ex is still interested in working things out and before you were open to it but now you feel awful hearing from them, this is a good sign. Both parties may experience this for fear of losing what has been built between you.

7. They Make Space for you in Their Home

8. They Told You They Love You

Perhaps the most endearing sign, if they tell you they love you. It’s safe to say they are not only exclusive but are without a doubt wanting to commit to you and you only.

How Long Does It Take to go From Exclusive Dating to a Real Relationship? 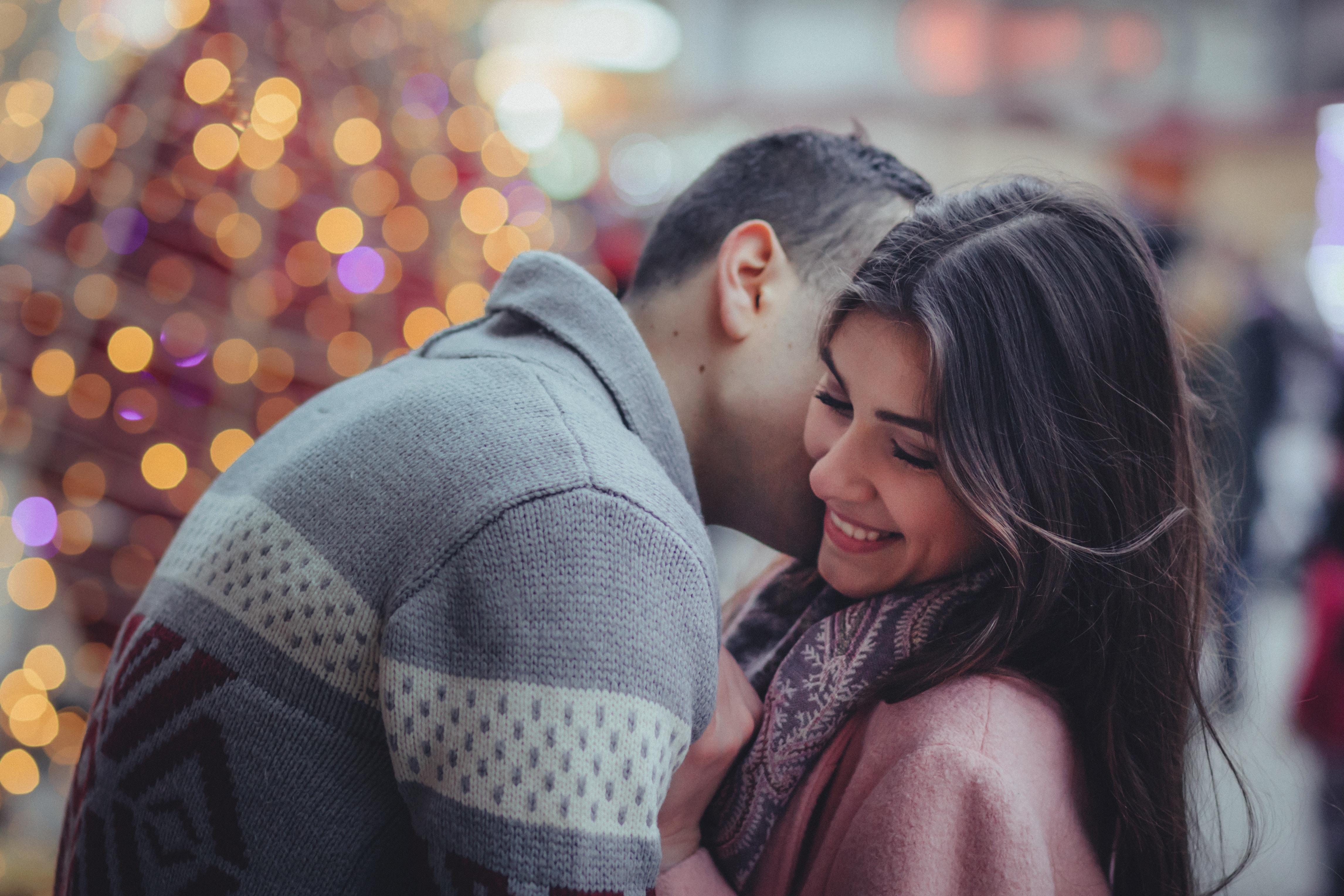 There is no textbook amount of time to decide when you want to take that next step to be in a relationship with someone. However, it is recommended you do so after getting to know this person for a while. A while being at least two months. The reason being you don’t want to jump into something so soon, only to find it ends as quickly as it starts.

Despite, some may date a person multiple times a week for 3 weeks and decide its time to be committed to that person. For others, two months is too fast. They may prefer to go for three months instead to make sure they want to commit to that person.  It all boils down to connection, communication and comfort level when deciding to take that next step with someone special.

Becoming exclusive with that special person in your life really is an amazing thing that you should not let fears get in the way of. If you feel that you have a strong connection as well as great communication, you are on the right track. Love is a process and while it can take some time, it is certainly always worth it.