What Men want from a Woman in relationships

It's a rare occurrence when you find a man that wants and likes to talk about his real needs. Usually, they are clammed up, it feels like you need a secret code to decipher what is it they want in a woman. When it comes to emotions it's very simple for them (or so it appears).

The reason why he doesn't want to talk about what he wants and his feelings... maybe it comes from social conditioning, you know, "men have to be tough", so it's difficult to talk about his feelings or his terrified to show his true self

But don't despair, we have compiled a list of things men want from women in a relationship. Take a look.

1. Ample space to enjoy the chase 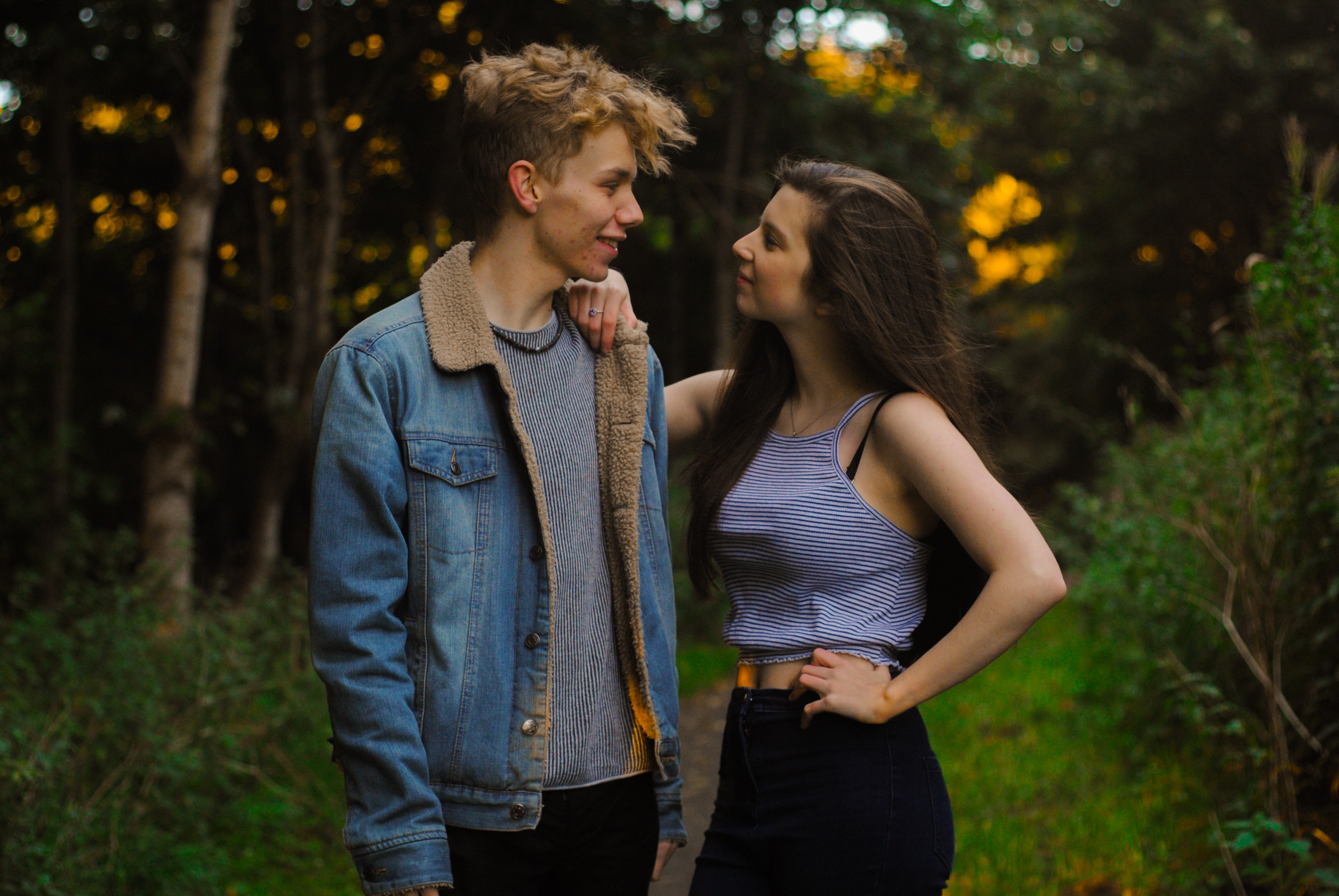 Men love to experience the thrill of the chase, they enjoy this. Be careful not to block the guy you're dating from enjoying doing the chase. How do I block him? you asked, well if you're constantly the one initiating the conversation for setting another date or texting him nonstop you're blocking him. He needs space to feel the urge to pursue you.

Don't force things, if you do that you'll never know for sure if he's really into you or he was just pushed by your relentless efforts to woo him. You'll need to change your mindset and just let things flow. If it's meant to be, it'll be.

2. He wants to feel needed

They get that you're an independent, confident and totally capable woman, you can definitely look after yourself. But it doesn't mean that you can't allow him to help you, he needs to feel needed that way he can show you (through action) how he feels about you.

Men love and appreciate strong women who can face any challenge head-on. You don't have to go as far as playing the damsel in distress bit, you just need to allow him to help you. For example, if he offers to carry your bag (even when it's not heavy) let him. He's doing this (and other gestures) to make you happy, he wants to be chivalrous. That sound like a treat! Let him and enjoy it.

3. To have your respect

We all want respect, men just go about it from a different point of view. Guys are innate problem solvers, so if you're venting with him about a problem you had at work or about the difficult day you had, he's going to offer solutions (that's what he does) but you don't want solutions you just want to vent.

When you dismiss his solutions to your problems, in his eyes, you're disrespecting him. That was the last thing you wanted to do but that's how he feels. Men equal respect to love, so if you disapprove of him, of what he does and how he responds, you'll have a hard time making tell you what's wrong. Accept him and his way of communication, that way he'll know for sure you respect him.

4. For you to be his safe space

Men don't like to talk about his feelings in public, they need a safe space and that's where you come in. You need to create for him that safe space so he can open up, so he can be emotional. This is a sign of a strong relationship. Don't worry if it doesn't happen right away, give him time, they want emotional intimacy but it may take years to develop.

Be sure that he knows that you're not going to be disgusted or angry if he breaks down and cries in front of you, gain his trust by assuring him that being vulnerable with you is totally OK. That you will love him no matter what. 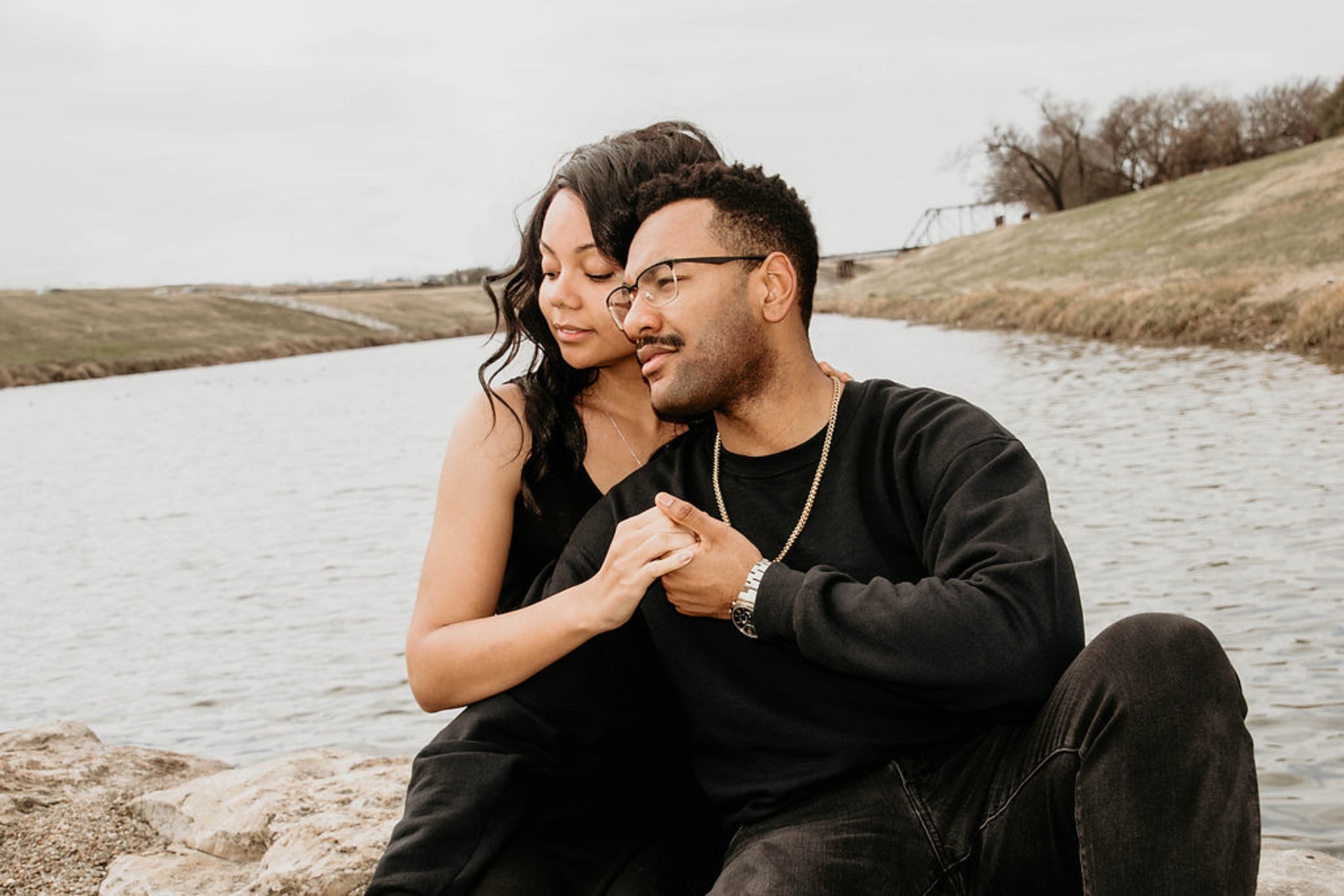 Even the most confident man needs a little reassurance now and then. He needs this especially from his significant other, he will love to be praised by you. He'll probably isn't going to ask you to compliment him for a job well done, or how good he looks or how good he's in bed, he'll be afraid you'd think that he needs his ego stroked. Nevertheless, he needs that reassurance and, a little ego stroke isn't that bad.

When the compliments are coming from you, they help boost his confidence and make him feel loved. 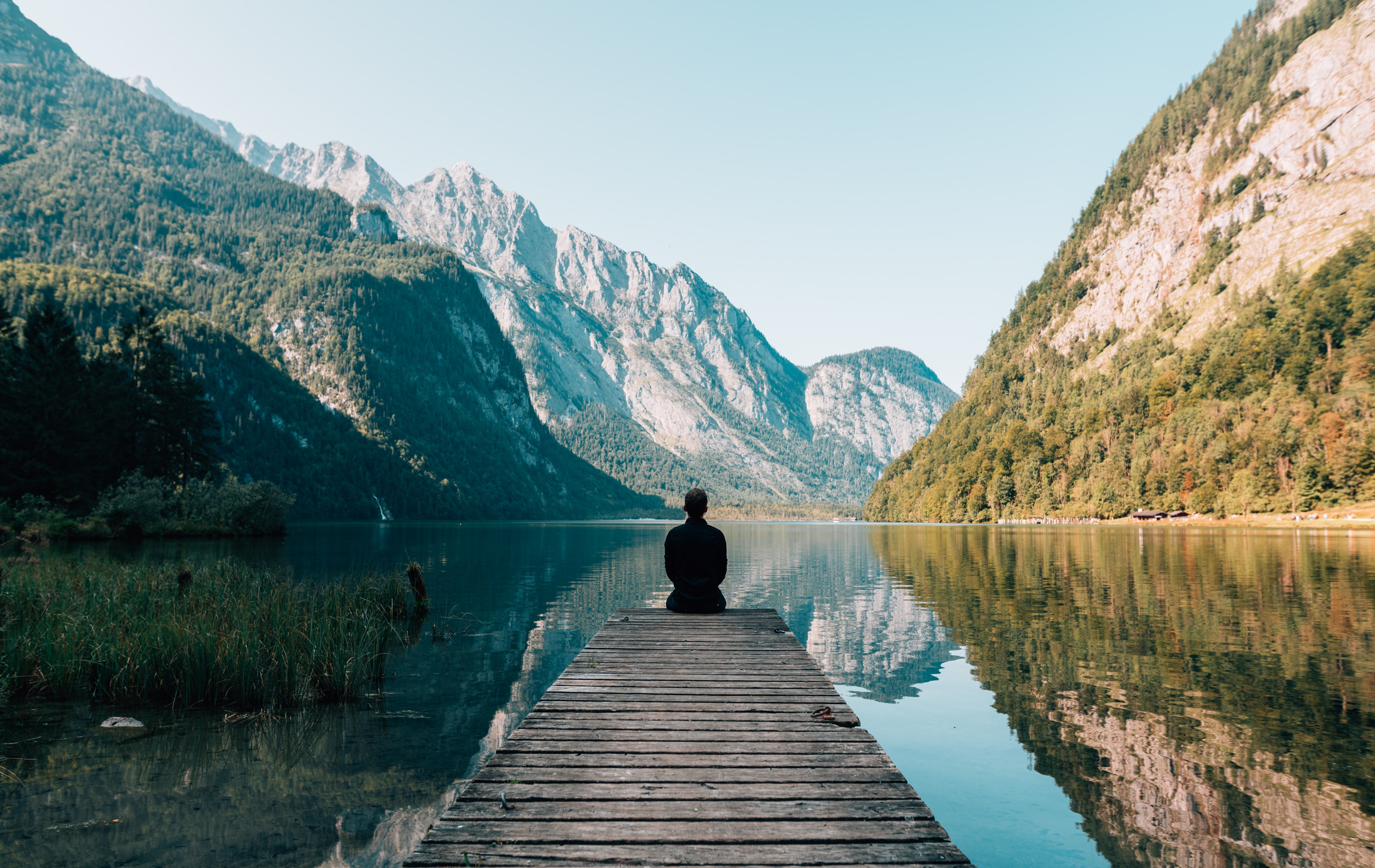 Even the most intense and romantic couple need space once in a while. It has nothing to do with each other, it's just a healthy thing to do. Your man needs his "man cave" once in a while, just like you need to hang out with your girls to talk and to have fun.

Being a couple doesn't mean that you have to be glued at the hip all the time, you're still individuals with personal interest and hobbies and you should be able to pursue them without feeling guilty. When you decided to commit to this relationship you started a journey together, but remember that you're separate individuals and you both require space on that journey.

What Men want from a Woman's appearance 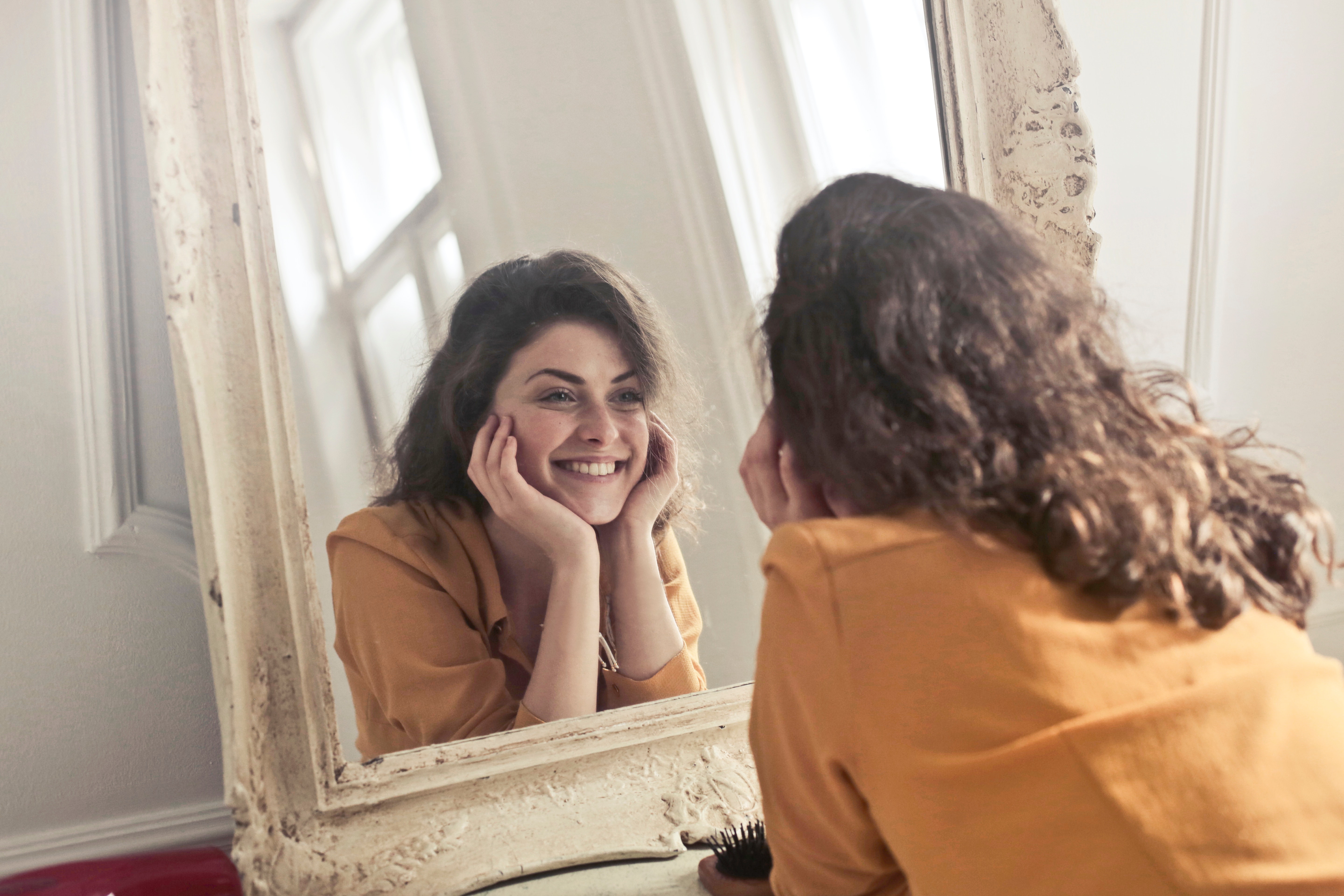 Men are visual creatures, that hasn't changed in time and it never will. That is why a guy he gives you the "once over", some are very obvious others are more subtle but that's what they do. Most of them are very easy to please in terms of what they want from a woman's appearance, still, they have some preferences.

If you're wondering what is it they want  or what they find physically attractive in a woman, keep reading and we'll tell you.

Also known as booty, this one is no surprise, right? Men have been staring at woman's behinds for centuries and centuries. This preference of a large behind is biologically wired in men, there's a study that says that women with big booties are more healthy (so they kind of have an excuse there). If you have a rounder butt, a guy is going to notice, they like this even if sometimes they don't want to admit it. 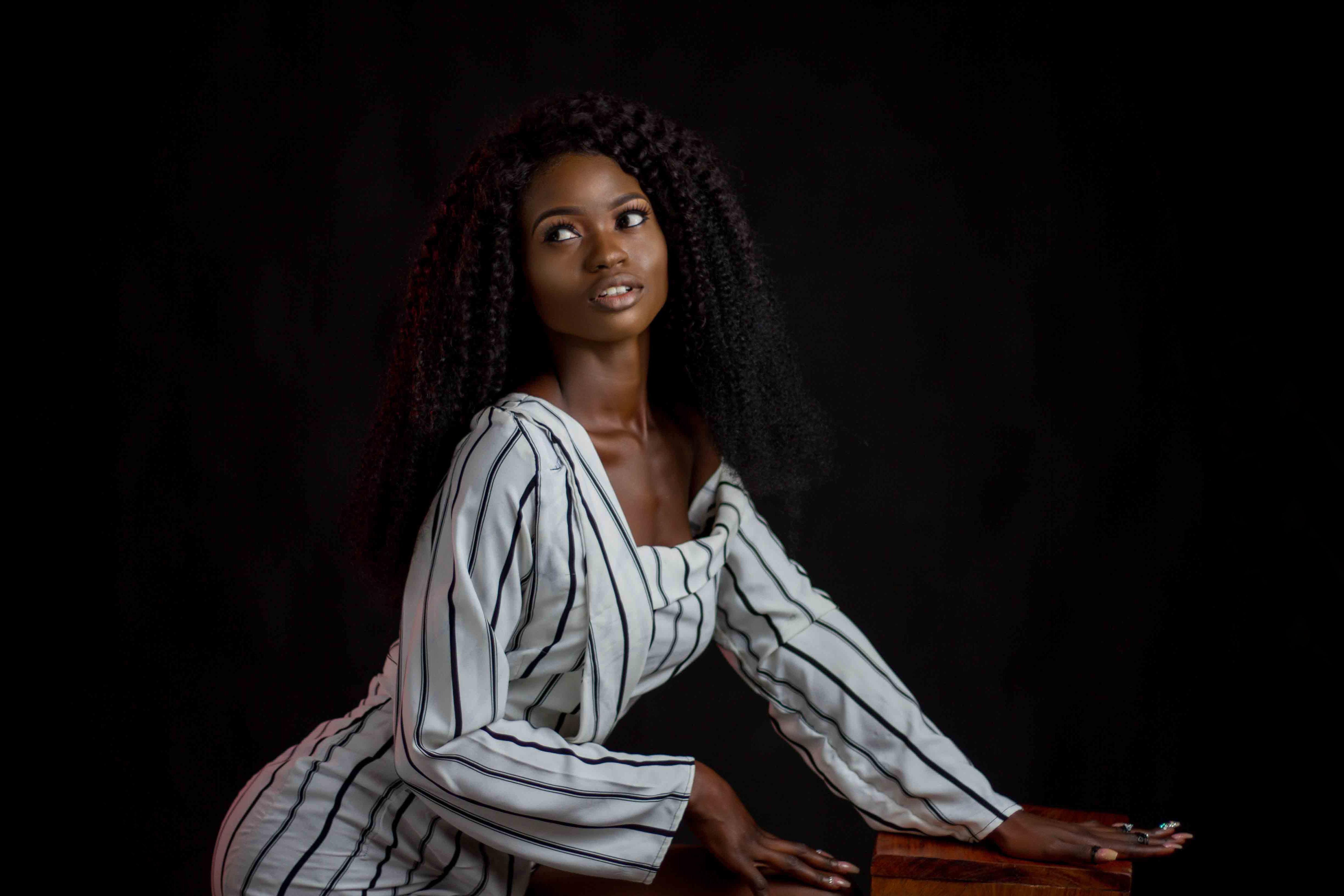 You don't need to be a D cup for him to notice you though. As long as yours are pretty and perky, he'll pay attention.

Some men prefer legs to boobs. If you've got a pair of strong and tone legs, he'll definitely take notice.

Guys actually notice women's eyes before they look at their body. If you want to lure them your way, always wear mascara, this will highlight your eyes and make you look younger.

Ladies a great smile makes you look approachable and is definitely a major man-magnet so... smile!

The qualities men want from a women they want to marry 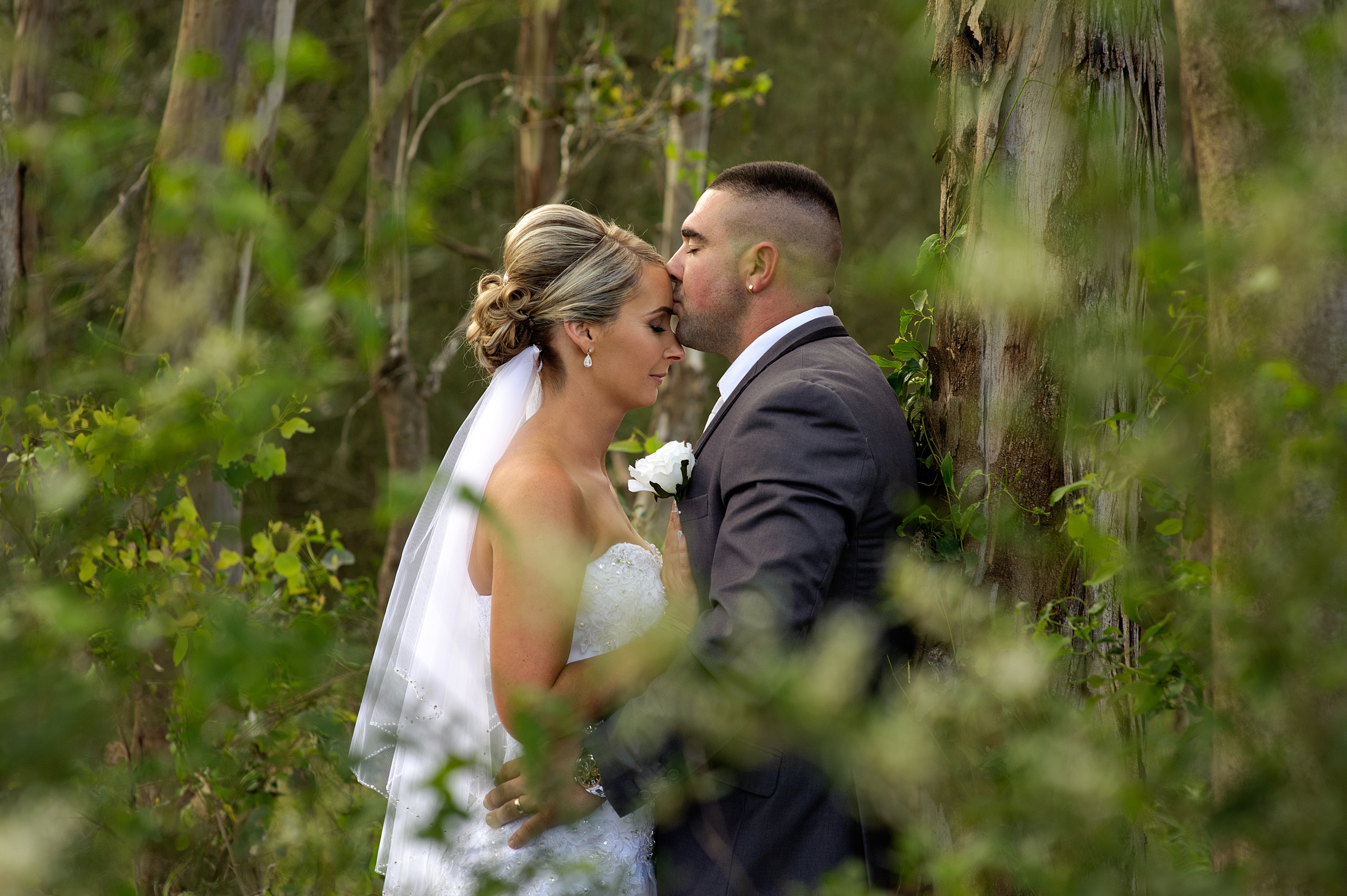 Have you wondered what men look for in a woman, in terms of marriage? What qualities would catch their attention?  They're not looking for perfection, they are just looking for some characteristics. Pay attention, they may come in handy.

1. Women who are intellectually challenging

After the first impression, men look for women who can hold conversations about meaningful topics, who are intellectually challenging. Beauty is a factor but intelligence trumps it. 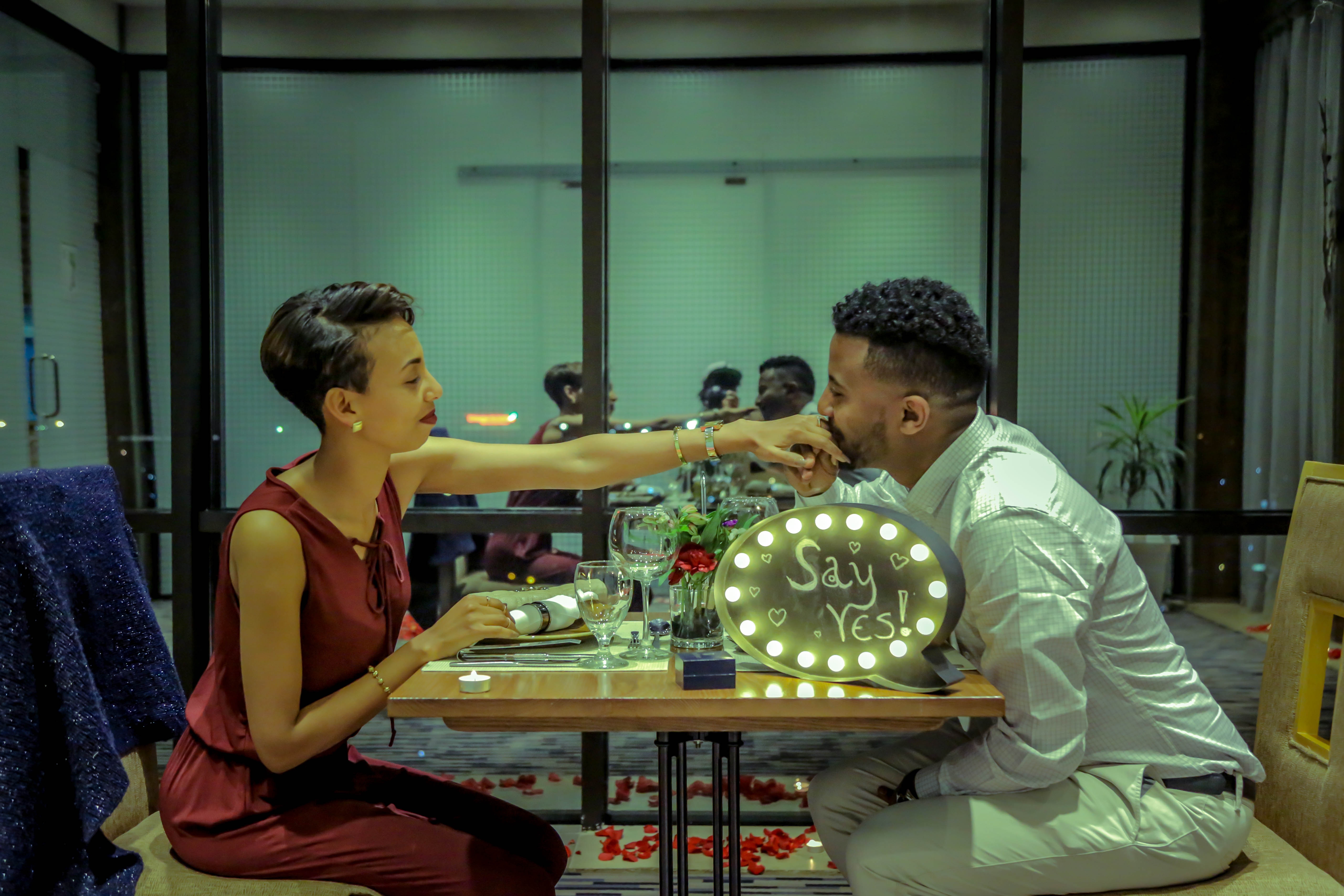 They want a woman who won't take their BS, a woman with her own opinions and point of view. So don't be afraid to disagree with him if you're not convinced he's right. That also applies to his festival of jokes, if you don't think what he said was funny, then don't laugh and tell him why. He might get miffed, but he will take notice.

3. Women with empathy and compassion

Men want women to be compassionate, supportive and encouraging. They think that all this is conducive to a successful marriage. As a couple, you need to support each other, your man would like to know that he has in you a shoulder to cry on.

4. Women with same or similar values

Our value system comes from our upbringing, this includes the things we find important or not, the things we believe in or the way we treat others. When a man is seeking for a woman to marry he'll be looking at one with similar values to him, he considers that important because this will prevent clashes in the future.

What men want from the laws of attraction 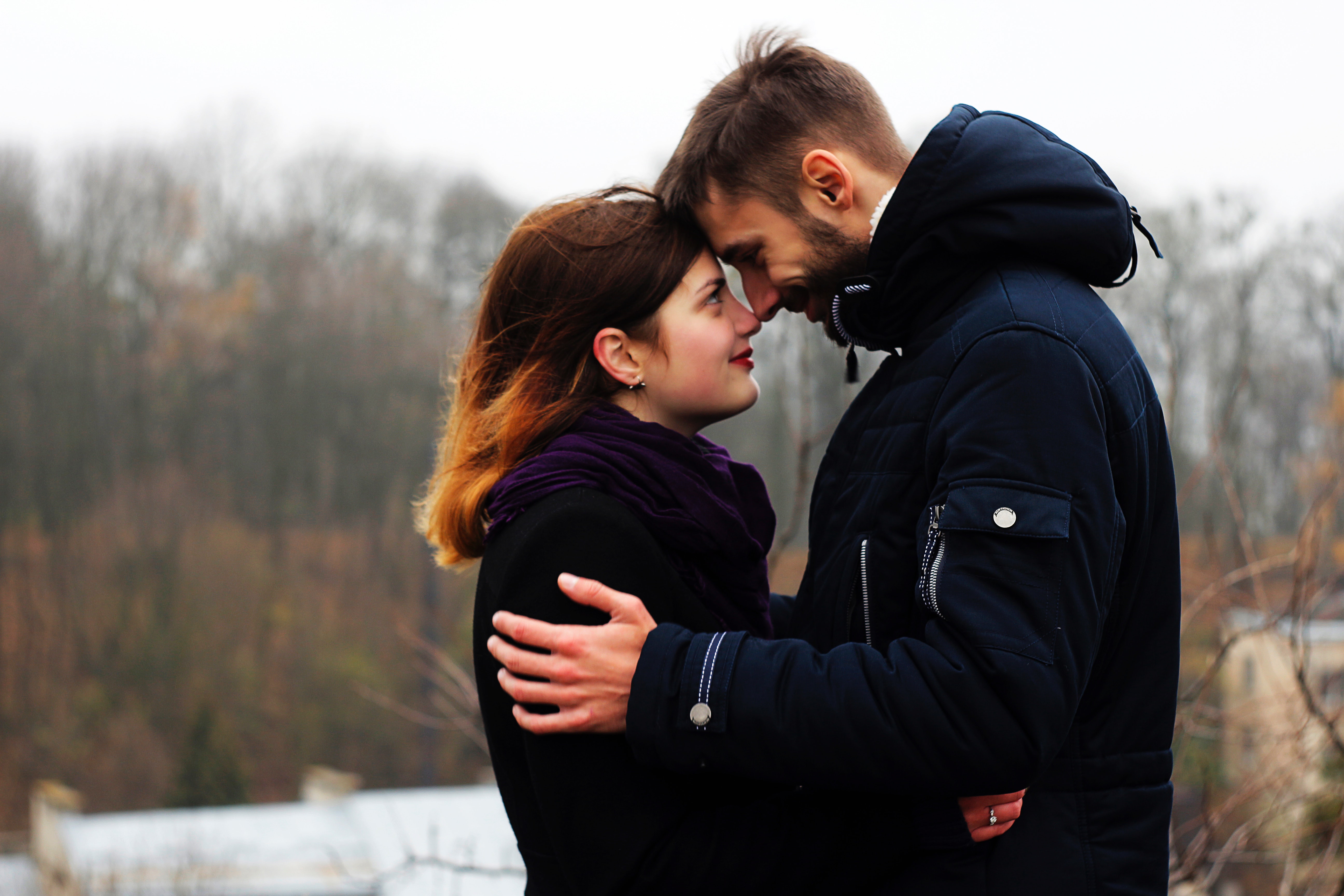 The law of attraction is about focusing on what you want and it can be used to attract a person with whom you want to have a relationship. A lot of people use it the wrong way, so it seems that it doesn't work, but the truth is if you use it correctly it can help to get you that specific person. You just have to manifest it.

The first thing to do is be OK with yourself. Be confident that what you are is more than enough to attract love. Self-confidence is irresistible. Also be positive, say goodbye to all your negative thoughts, that's the best way to open the door to the laws of attraction. 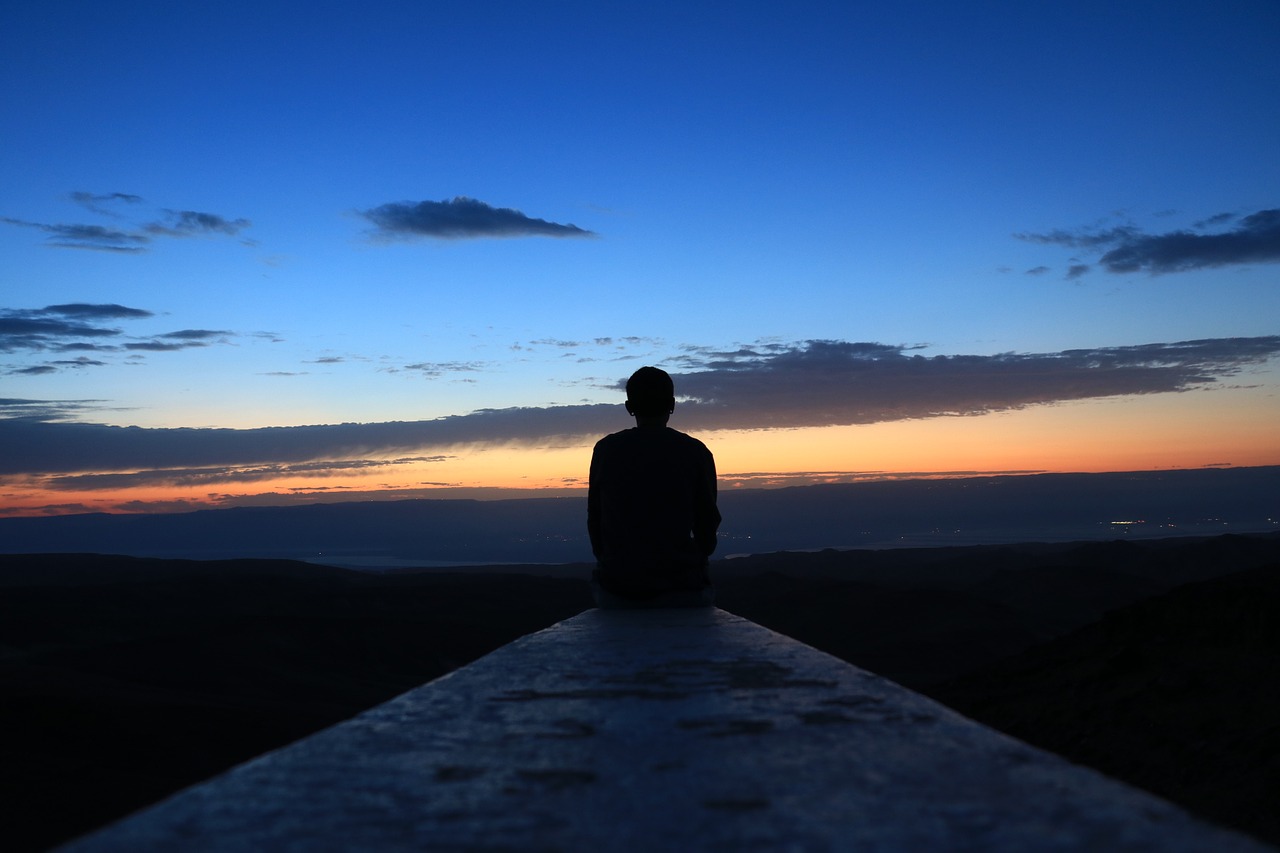 If you want love, you need to open yourself to it. There's a chance you might get hurt, but that's a risk you have to be willing to take. Smile a lot, smiles are a great magnet, if you're happy with your life others will notice. Enjoy where you are and what you're doing.

The most important thing about the law of attraction is that you have to be willing to let him go. That's contradictory right? But if you really want that person, you have to be OK with the possibility of losing him.

It isn't easy to work with the law of attraction but if you focus on the word 'having' instead of 'wanting' you'll see a change and things will start to happen. 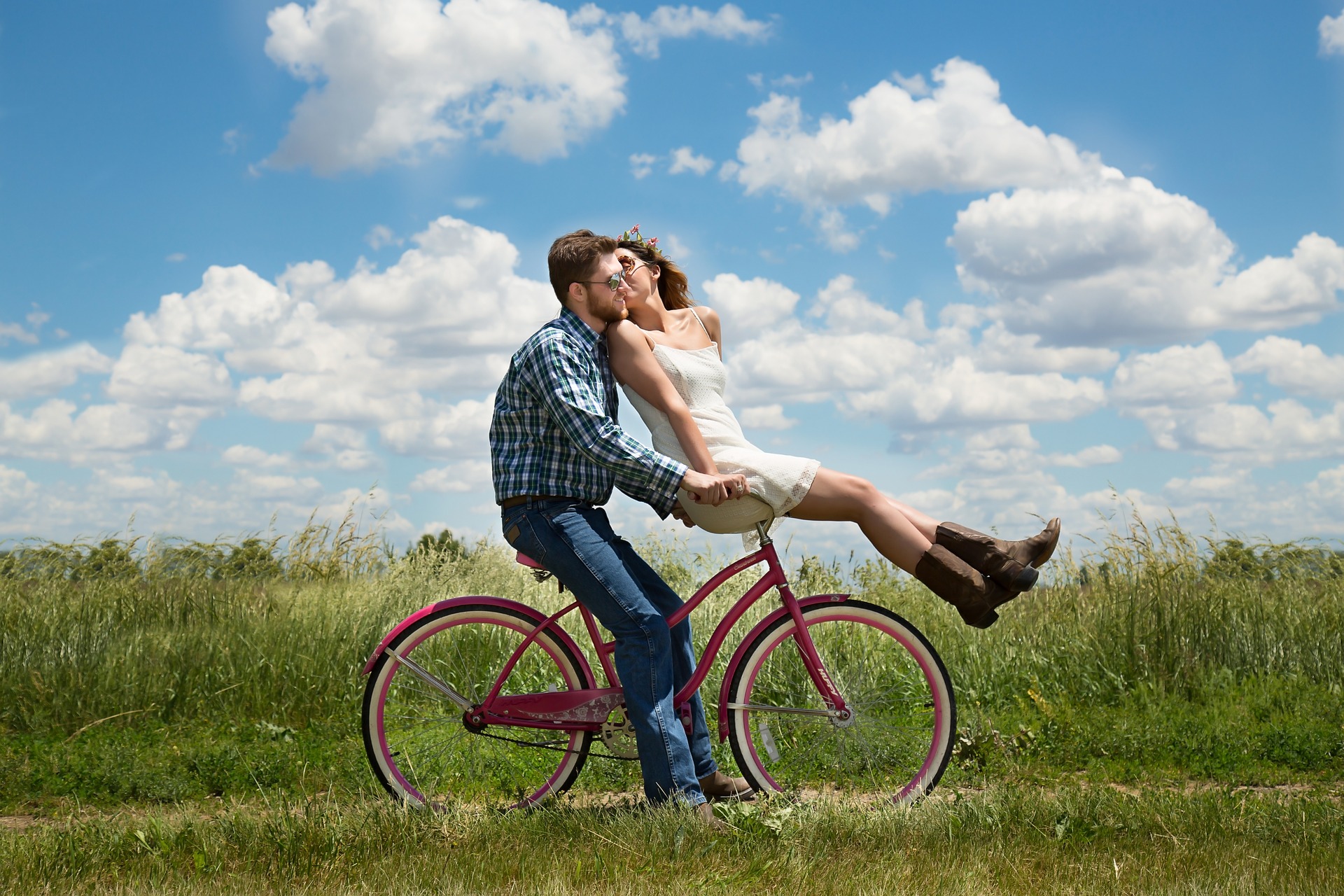 You don't have to mold yourself or adjust drastically to fit into the mold of what he wants in a woman, remember that a relationship is a partnership where good communication has to exist so things can run smoothly. Talk to each other and find a compromise.

As long as you have respect for him and are willing to be a partner who can work with him to make things work, you'll both be OK. At the end of the day, that's what he wants.