Cheating - A Moment Of Impulse Or A Character Issue?

Of course, we all know that cheating is something’s that’s below the belt in any relationship, but since it is also considered as one of the many things that just happen without any rhyme or reason, it becomes clear as to why a lack of impulse control might be a major factor contributing to somebody just jumping in bed with someone without even thinking about the repercussions their actions might cost them. Our brains are in some ways, designed to appreciate the beauty and that could be a reason as to why we’re prone to being spontaneous and doing many things without thinking of their cost.

However, a counterargument could be that cheating is closely linked to one’s character. Since cheating is in some ways a reflection of an individual’s decision-making process, it can be said that it certainly can be characterized as a character issue. It can, without doubt, be said that cheating certainly speaks volumes about a person and them being prone to being dishonest.

Why Do People Cheat On People They Love?

It might seem surprising at first, but many people who seem to be in an ideal relationship are more prone to cheating on their partners. This is because the likelihood of cheating increases as one develops more a positive approach toward making love. Thus, it may mean such people are not cheating because they’re unhappy in their relationship & it might signal that they somehow want more. Moreover, sometimes cheating might signal towards an identity crisis one is suffering from. A cheater might be curious about themselves and may want to explore their possibilities. It simply signals the fact that the cheater has a quest for self-discovery. Whatsoever the case might be, one thing is clear – all of us need to acknowledge the fact that cheating doesn’t always signal problems within a relationship, sometimes people just want more on their plate.

Do You Love Someone If You Cheat On Them?

Cheating isn’t just a ‘coincidence’ and such an urge never comes into the mind of someone who truly adores their partner. Many people cheat on their partners simply because they don’t possess the courage to commit to a relationship, yet they still want to avail all the benefits of being in one. Many ‘bold’ people out there value their independence and their freedom to do whatever they want, whenever they want, but the problem arises when they want to have their cake and eat it too – they want to make out with someone in a dark bar but also want to cuddle with someone in their cozy living room on a rainy day. The world just doesn’t work like that. Moreover, another reason why people cheat on people they love is that they simply don’t value their relationship enough. A lack of respect for your partner leads them to not only destroy their morals but their relationship as well. This, it can be said that if one truly values their relationship and loves and respects their partner, they can never cheat on them.

10 Reasons Why Cheating Speaks Volume About A Person

1. It proves to be an insider into an individual’s childhood

One of the key reasons as to why people cheat is because they saw their parents doing. Children are highly impressionable and many grow up in families where cheating was considered something ‘normal’, thus developing their minds around the same mindset.

2. It showcases the kind of personality they possess

Specific traits regarding one’s personality can also make them more prone to cheating. Some forms of personalities are more prone to cheat than others. Some of these include addicts and narcissists. These are a few types of people you’d want to stay as far away as possible if you don’t want your heart broken into a million pieces.

3. It signals towards the fact that they’re miserable in their lives

When things become rough in a person’s life, they find not-so-ideal ways to deal with their ‘bad time’. Many choose to drink heavily; others choose to party every night and some choose to cheat.

4. They might just be a fan of the adrenaline rush associated with cheating

Like we mentioned earlier, some people cheat solely because they enjoy the thrill of almost being caught red-handed. For a cheater, the intimacy available to them at home might feel stale. Someone who’ve they’ve never hooked up with before might offer them something fresh and make them feel like they once felt the first time they met their partners.

5. It may highlight that they feel overlooked in their current relationship

Sometimes a partner may consider cheating on their partner simply because they feel like their partner isn’t giving them the love or attention they deserve. Feelings of negligence or being overlooked can be a major factor in people cheating.

6. They may have trouble dealing with their insecurities

Being insecure in a relationship is also a major reason as to why people cheat. Insecurity can lead to one assuming the need to validate their selves sexually. Making someone who isn’t your partner fall in love with you is no less than a victory for somebody who’s insecure about their love-making skills.

7. They might want to give you a taste of your screw-ups

Looking for a way to bury the disappointment and the heartache that comes along with being cheated on is almost impossible. This many people reverse the roles and do the same thing to their partner what they did to them. Revenge is a major reason as to why many people cheat on their partners.

8. Cheating signals towards the fact that your partner has commitment issues

Many problems arising are inevitable if one partner is not as committed as the other. Many people value their independence and have a fear of committing to a ‘boring’ way of life.

9. Your partner may have abandonment issues

It’s easy to cheat if one fears that their partner might unexpectedly leave them someday. Past emotional traumas can prove themselves of playing a vital role as to why many people cheat. Some examples of such traumas include a parent abandoning them at a young age or domestic violence.

10. Cheating is a result of poor communication skills

Communication is vital for any relationship to be successful. A lack of healthy communication skills can contribute towards either one or both partners cheating on each other. All it takes is for you to sit down, talk about your problems, and discuss your issues for your relationship to work.

Forgiveness And Working On The Relationship

Even after your partner has cheated on you, be the bigger person and forgive them. Ending a relationship is one thing but having the strength and the courage to forgive someone after they’ve let you down is another. Forgiveness is one of the core components that makes up a healthy relationship. Assuming that people are perfect is itself a silly assumption. All of us make mistakes – all of us can disappoint out loved ones, no matter how dear they are to us, or how much we value them. Learning to forgive and deciding upon working on your relationship is the best thing you can do to make things work.

Letting go of a relationship that you believed would stand the test of time is heartbreaking, to say the least. However, this could be one of the most courageous and self-empowering things you’ll ever do. Learning to let go of things you have no power over is a sign of growth. Putting a stop to all forms of negative energy and toxic people who have harmed you for so long will eventually set you free.

Related Article: How To Forgive A Cheating Husband Without Giving Up Your Dignity 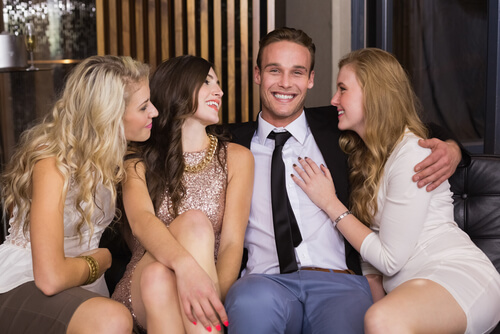 Recently found out your husband was cheating on you? Love him so much that you need to learn to forgive without giving up your dignity? We're here to help.

All in all, cheating emphasizes upon other personality traits such as a person not having the courage to be loyal and devoted not just towards their partners, but towards themselves as well. They are, in a way, living a lie. But to be fair, sometimes the speicific situation a couple is going through is also a factor. So you gotta decide what's good for you and go with your heart.