Does age matter when it is about sustaining a long term relationship? Well to be honest age has little to do with this, as the most important elements of any relationship are trust, respect, loyalty, compromise, and commitment. If a couple knows how to exercise them, then it is not difficult at all to continue a relationship.

Here we are going to discuss 8 Couples, Who Are More Than 10 Years Apart and Doing Fine. They are the celebrities that you must have seen in different movies, music videos, advertisements, and live performances. You will be amazed at the age differences between these couples that, I am going to discuss here. 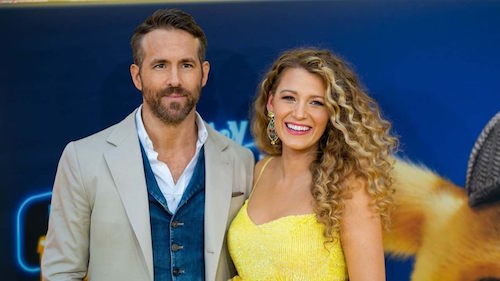 Blake is 32 while Reynolds in 43; it means that Blake is 11 years younger than Ryan. The couple came close on the sets of ‘Green Lantern’. It was made official in 2011 that, they were dating and a year later, in 2012, they married. They are termed as one of the most happily settled couples. They both have three daughters. 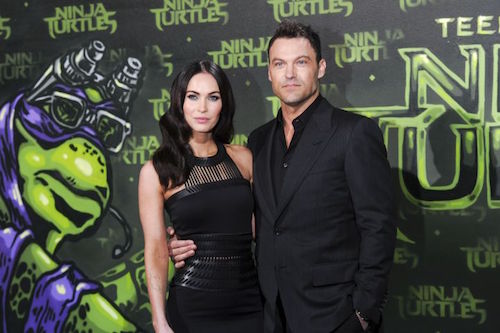 Megan Fox is 33, while Brian Austin is 46; it means that Megan is 13 years younger than Brian. It is reported that they both met for the first time on the sets of ‘Hope and Faith’. At that time Megan was only 18 years old. They dated for some time and then decided to get engaged in 2006. In 2009, due to some major differences, the couple split and then married again in 2010. After five years, in 2015, Megan Fox filed for divorce – due to reconciliation efforts – but they were back together in 2016. The couple has three sons. Megan is also a stepmom to Brian's son from his relationship with Vanessa Marcil.

What has Megan got to say about her puzzling marriage? She once said that "It works, I think for anyone. I think when you get to the point like we have, where you have kids and you've been married for a while and we've been together a long time, it's — you just take it day by day."She also added that "Brian is my soul mate, I happen to believe that. He's meant to be the father of my children." 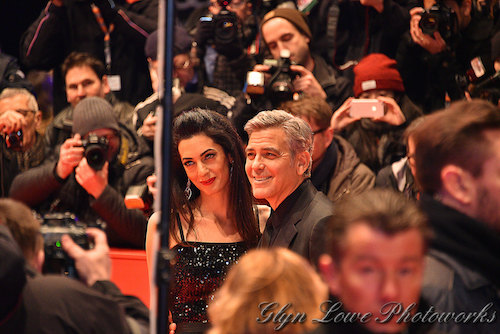 Amal is 41, while George Clooney is 58; it means that Amal is 17 years younger than George. They both met for the first time in 2013 at a formal dinner get together, hosted by their mutual friend. They dated nearly for a year and got married in 2014 in Italy. Now the couple has twins, who were born in June 2017 named, Alexander and Ella.

Want to hear what George Clooney has to say about his marriage proposal? Here we go, “I knew fairly quickly that I wanted to spend the rest of my life with Amal (but) we had never talked about it so there wasn't like a 'Hey, maybe we should get married.' I dropped it on her. And she just kept saying, 'Oh my god,' and 'Wow' – completely unexpected. We just sat there and finally I said, 'Listen, I'm 52 and I've been on my knee now for about 28 minutes, so I glottal get an answer out of this or I'm going to throw a hip out. I might not be able to stand back up.” 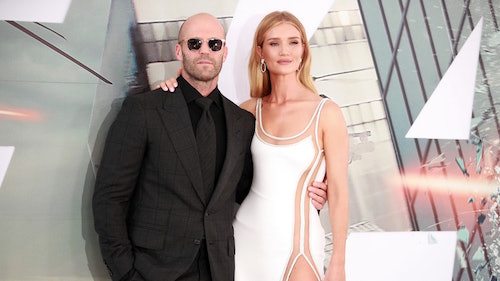 Rosie Huntington is 32, while Jason Statham is 52; it means that Rosie is 20 years younger than Jason. According to different press reports, it has been found that they started dating in the mid of 2010. After six years they decided to get engaged in 2016. Right now they have only one child named Jack Oscar, who was born in June 2017.

Rosie has something very special to say and that is, "Many models are in long-term relationships for stability. Admittedly, not always with great men, but it gives them something to come home to, something grounding. That's how I see my relationship." 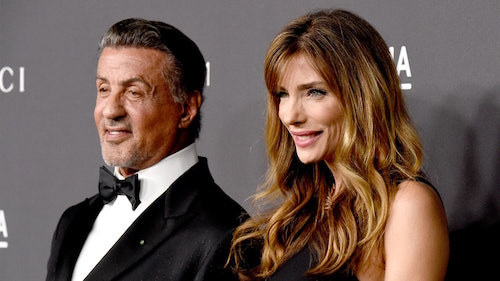 Jennifer is 51, while Sylvester is 73; it means that Jennifer is 22 years younger than Sylvester. They met in 1988 and ended their relationship in 1994 when Sylvester was found to be having an affair with an American celebrity Janice Dickinson. After a few months, Sylvester Stallone and Jennifer Flavin were again back together in 1995. They have three daughters: Scarlet Rose, Sistine Rose, and Sophia Rose.

After his unsuccessful marriages, Sylvester finally said in 1997 that, “I have had two great things happen to me in the past year: the birth of our beautiful daughter Sophia Rose, and now my marriage to Jennifer, who is a great mother and I know will be a wonderful wife.” 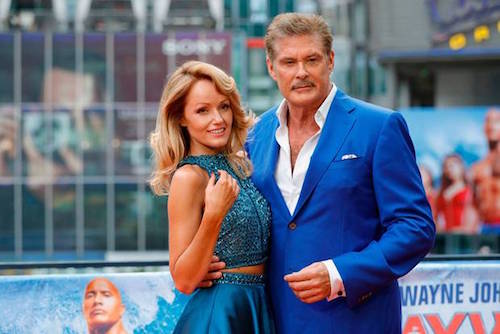 Hayley is 38, while David is 67; it means that Hayley is 27 years younger than David. They both got married in 2018. David, before his marriage, stated that he was somewhat concerned about this immense age gap while they were dating. But as time went by, everything turned out to be smooth. In an interview, he said that "For the longest time I didn't think it was right to marry Hayley as I was so much older and I didn't want to take away the fun and the youth and the excitement of growing old together and having children"

It has been a long journey for David, here is what he has to say, "I proposed to her on the Sydney Harbor Bridge at the top. I proposed to her with a charging elephant. I proposed to her at Cape Town. And then I proposed to her [during a picnic in Malibu] because it was the first time I could actually get down on my knees and say, 'I love you. Will you marry me?’ from the heart.” Hayley added, “We were both in tears, I genuinely had no idea he was going to do that. I’m still so overwhelmed. I thought he was just joking around at first. He’s asked me before, but it was never for real. Then he pulled out the ring. I cried so hard that he didn’t get around to actually asking, ‘Will you marry me?’ until about 10 minutes later.” 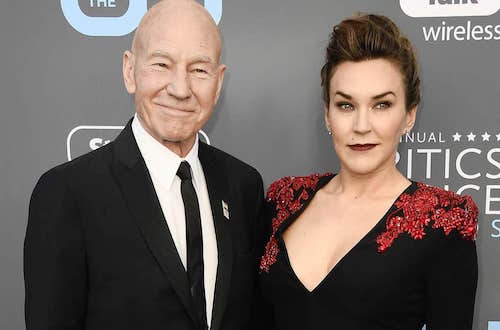 Sunny is 40 years old, while Patrick is 79; it means that Sunny is 38 years younger than Patrick. Stewart was performing at the Brooklyn Academy of Music in Macbeth – when they both met for the first time. They dated for nearly 5 years and then decided to marry in 2013.

Patrick on using Twitter after getting married posted the following, "It has really taken us [Stewart and his wife, Sunny Ozell] by surprise to what extent people have enjoyed it. I get a great deal of satisfaction from using it for societal issues and concerns that I am involved with, but there’s also been this element of playfulness, which has opened up a new avenue of communication, which I am enjoying very much indeed." 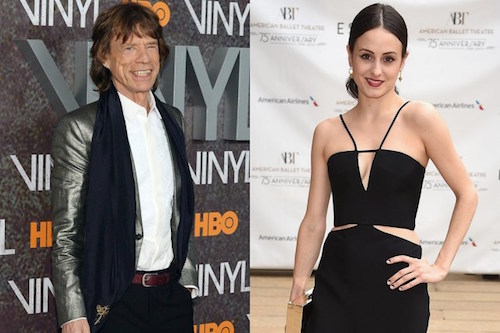 Hamrick is 32, while Jagger is 76; it means that Melanie is 44 years younger than Mick Jagger. Whoa! It’s a sheer age gap, but it seems that they are doing quite well. They got married in 2014 and have only one son named Deveraux.

Mick Jagger before getting married,"I can understand women wanting to get maried, because they know that their man can always run off with another woman. And, as they're dependent on him, they have to make it that bit harder for him to get out of his obligations. But I don't really see why men want to get married." 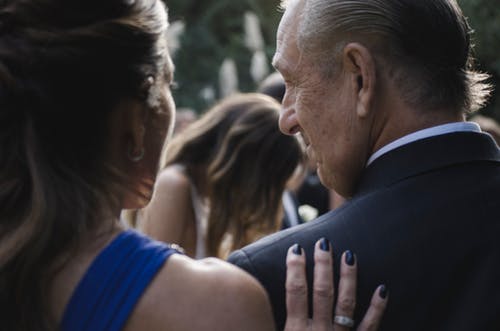 What are the advantages and disadvantages of Dating Older Men 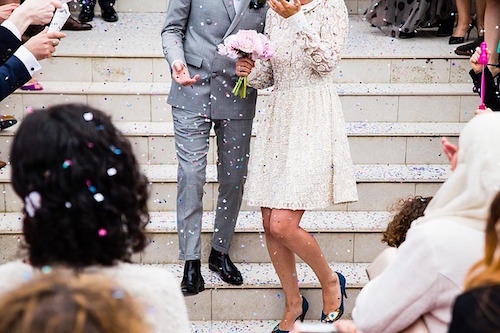 Well you must be amazed and much impressed by these 8 Couples, Who Are More Than 10 Years Apart and Doing Fine., Well it is not an easy thing at all, you need to compromise a lot and divan elope understanding for everything that's happening around. But it is all worth it at the end; provided you are doing it for the right person.

In short, if there is will thruway way. If you want to stay together, then no age barrier or anything of that sort can stop you from being each other’s soul mate.