Whether we’ve asked for it or not, we’ve found ourselves in a spot of confusion and wonder when it comes to a guy who could be romantically interested. Things escalate when you, too, find him attractive and equally fascinating.

He smiled at you as you passed each other at the office pantry. You heard him say, “Hi” when you bumped into each other at the supermarket. Could all of these be signs that he genuinely is interested but is too shy to take the first step? Does it mean you should take the plunge and initiate it?

Before you put on your battle armor, let’s take a look at some of the apparent signs that a guy likes you but is a tad too shy to do something about it. Assessing this situation is of utmost importance because the last thing we want is for both of you to be on entirely different pages and context. Yeah, he’s cute, but what if he only wants something that doesn’t meet your expectations.

You Feel the Chemistry, but There is No Action 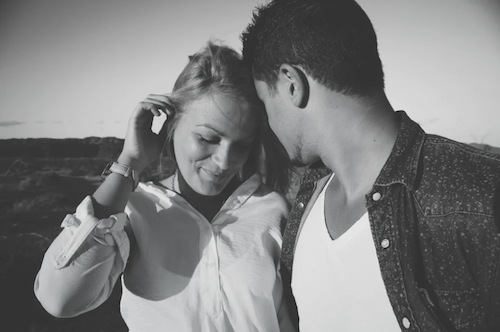 If you’ve been given the exciting chance of actually getting to know the guy, then your assessment would yield more detailed findings. You definitely feel something. Suddenly, you jump out of bed on a Monday morning because you know you will see him at work or school. You even find yourself making the extra effort of looking extra pretty to give yourself that needed a boost of confidence for the day.

However, weeks pass, and you feel like you’re stuck. You’ve become friends and are comfortable with each other. You know there’s a spark, and the butterflies in your stomach, whenever he’s around, is confirmation of the chemistry. But why is it that things are not progressing to the next stage, which is dating.

8 Obvious Signs that a Guy Likes You

The following are surefire signs that the guy likes you but requires something obvious from you – say, a fireworks display of your reciprocated interest – before he could progress with you. Yes, some guys need confirmation through writing for reality to dawn upon him.

1. He’s there wherever you are 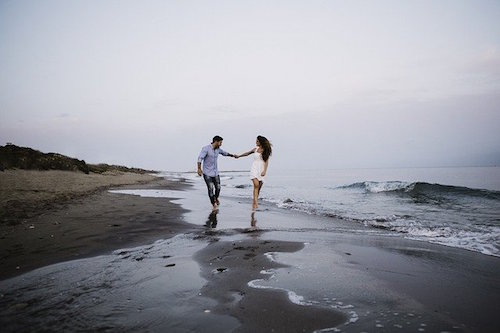 Attraction works much like a magnet, meaning you are literally pulled towards each other’s proximity. Wherever you go, somehow you find him there. By wanting to be close to you is a telltale sign that he is interested in. 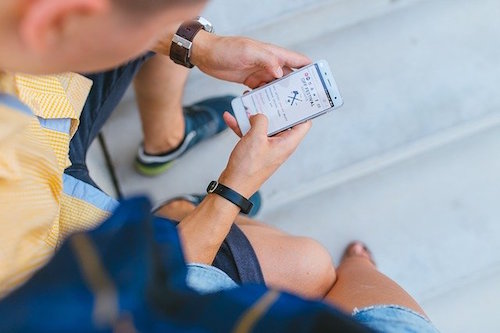 Ladies, let’s face it; most guys do not enjoy expounding and expressing themselves. They prefer to keep things straight and simple. So if he regularly replies to you, ding-ding-ding! That’s a sign he’s interested. You’ve hit the jackpot when there’s emojis included.

When a guy keeps a conversation alive, apologizes for missing a beat on the flow of the topic, makes sure no one misunderstands anything in the chat, and so on, you can quickly gauge his interest. 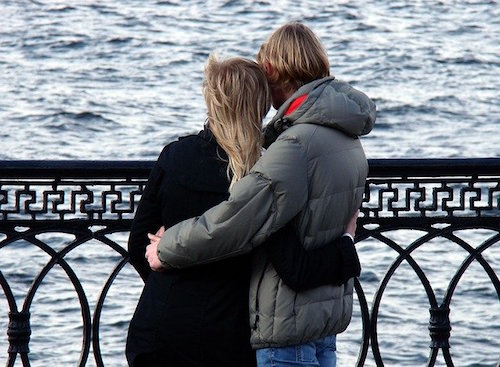 Remembering small details, especially those mentioned in passing, is another gauge to check someone’s interest. Our brains naturally log into memory information it deems of importance, and when a guy surprises you with details that you didn’t even remember telling him shows that he does not categorize you as a mere friend or colleague. 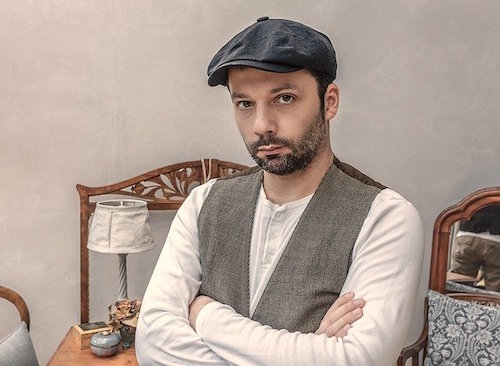 You turn your head and see him looking at you. Whether he turns away in embarrassment or continues staring with confidence, it doesn’t matter – the guy likes you. It is another human behavior and inclination to stare at beautiful things or at those that we fancy – in this case, you.

If you truly want to test the theory, try glancing his way when he’s in the vicinity, and if you catch him staring more times than not, you’ve got your answer.

5. He talks about you to mutual friends 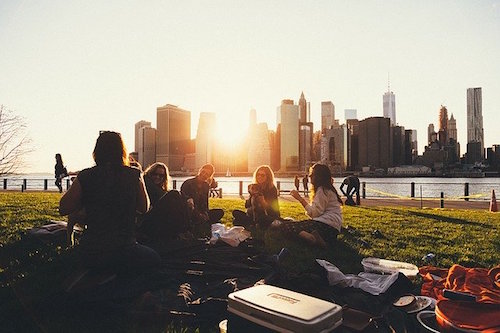 This is another foolproof way to find out if a guy likes you. When you receive the latest gossip from your mutual friends that the guy talks about you with them, it means that he is so interested that he doesn’t know what to do and has resorted to mutual connections to try and figure things out.

Besides, doesn’t it feel great to hear from other people that the guy you like likes you back?

6. He asks the important questions 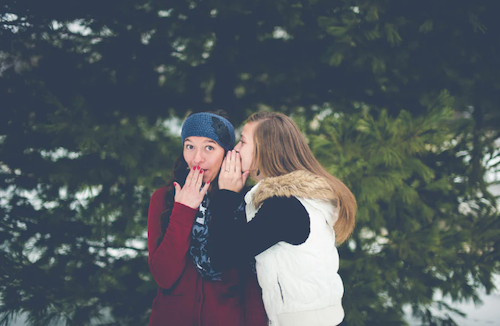 Questions such as “Do you have a boyfriend?” or “What’s your favorite cuisine” are some more signs that show he’s attracted to you. He might feign interest, but his ton of questions only give him away. He can’t help it – he will want to get to know you better. Questions on your preferences, pet peeves, ambitions, and even the past will be thrown your way, so best to be prepared. 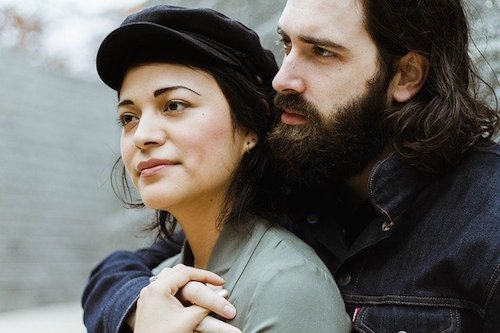 Have you ever been so engrossed in conversation with someone of the opposite sex and caught the guy subtly putting a hand on your arm while laughing at a joke or making an excuse like dust on your head just to be able to touch your hair?

Body contact is the best way for someone to get closer to another person he’s attracted to. Him offering his arm when you’re going down a flight of stairs or a gentle hand on your back to guide you, or even an extra-long hug when you meet or part ways only confirm his attraction towards you. 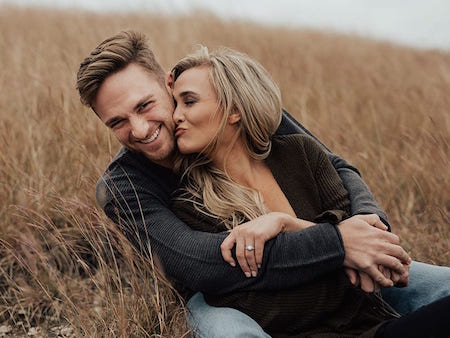 Many guys are still straightforward to read, and teasing someone they’re interested in is one characteristic that has stood the test of time. It may have advanced and branched out in different approaches, but when a guy teases you, makes you laugh or embarrassed, he wants more than a platonic friendship.

Teasing someone is a fun and light way to show affection. There’s no awkward silences, straight-up confessions of feelings, or cutthroat rejection and lack of reciprocation – no wonder this is a go-to of many men.

How to Approach Him to Ask For a Date 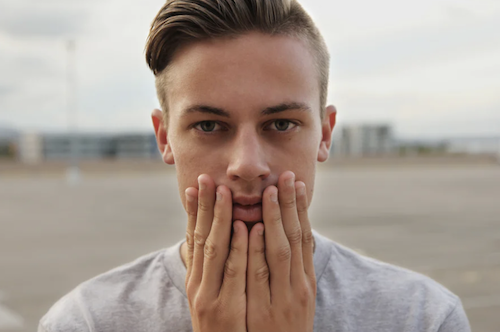 So you’ve ticked most if not all of the signs mentioned above, and he still hasn’t asked you out. What now? Well, ladies, we live in the 21st century. Taking the reins and initiating is not uncommon.

The key is subtlety. You don’t want to overpower the guy and trample on his masculinity as you ask him out. Make it seem like it was his idea, and you just prodded him in the right direction. One way to do it is to “casually pass by,” ask about his day, use a mutual interest such as sports, and then invite him to watch a game. Leveraging common interests or hobbies is a great way to initiate an invitation to a date.

If subtlety is not your cup of tea, merely smiling and asking him out will also do. It might take him off-guard, but chances are, you are on the same page, and he would be relieved to know you are interested and attracted to him as well.

Second Date: Is He Still Very Passive and Should You Continue? 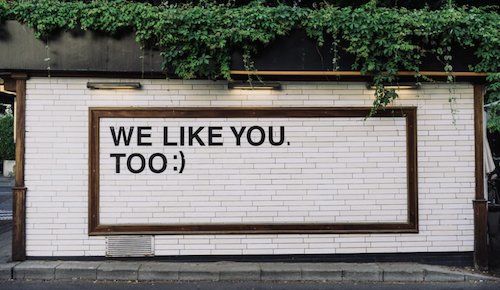 With the first date over, you now gauge the possibility of developing something more with the guy. Without being too eager, you ask him out for a second date (or better yet, he asks you this time). However, somewhere through the date, you sense that he is very passive. While he might not seem bored, which is a red flag to avoid, he feels distant or guarded.

Please do not take this reluctance as a sign that he isn’t interested in. More often than not, the guy would be anxious. Things are getting more serious, and he’s getting attached. This state of change and development isn’t easy to handle. If he’s shown signs of interest or even uttered the words verbally, take this as a cue to continue but at a slower pace. It won’t hurt to stay as long as the interest is mutual.

Related Article: 15 Questions To Ask Yourself To Find Out If You Really Like Him 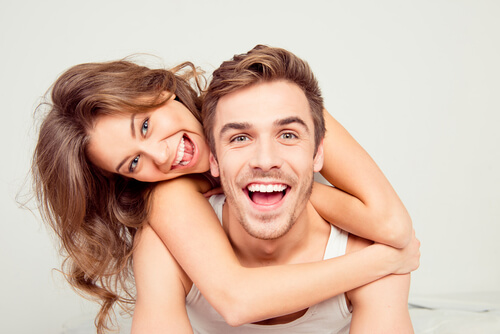 Sometimes we get infatuated because of first impressions. Then, we obsessed by the idea of a romantic relationship with them. But do you really like him? 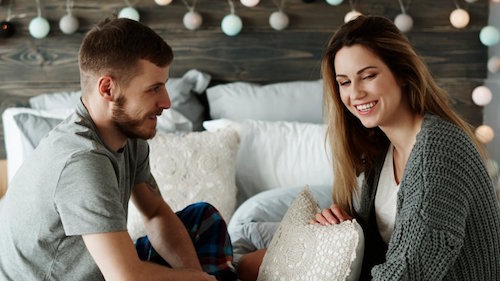 Deciphering whether a guy is attracted to you or not is not as complicated as rocket science. Us ladies seem to have this skill up to date, mainly because men are species of habit – not much has changed when it comes to how they show a prospective mate their interest. If he’s shown signs yet too shy to take the next step, then it will be up to you to do something about it or not.

Knowing a guy is interested in you, and having a sense of power to control the immediate outcome brings a sense of thrill. From this thrill, discoveries, happiness, and even lifelong love could be stumbled upon.