Herbert Chavez: About him Before Going Under the Knife 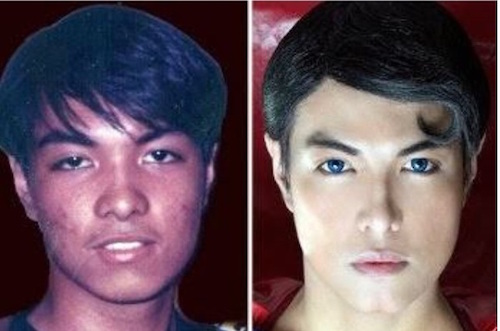 Beauty has inspired women and power has inspired men to do weird things. Sahar Tabar made to the headlines in an effort to look like Angelina Jolie. Her transformation that didn’t end well could not stop people from following her footsteps.

Every child adores superheroes and every man thinks about becoming one. Sometimes the looks and the abilities of superheroes inspire people so much that they go under the knife to acquire those looks and abilities. Nothing comes easy and sometimes the price they pay can cost them a fortune and even their life.

Herbert Chavez, a Filipino fashion designer, became an avid “Superman” fan at the age of 16. Although it all started during the earlier years of his life. At the age of 5 years, he started watching Superman movies and became a fan. In the year 1990, Chavez started collecting Superman memorabilia mainly from Baclaran and Divisoria stores’ collectible sections. I wouldn’t say that it was unnatural or unusual; every child fantasizes superheroes and has action figures and toys in toy shelf but sometimes the urge to collect certain things go beyond what is considered normal. 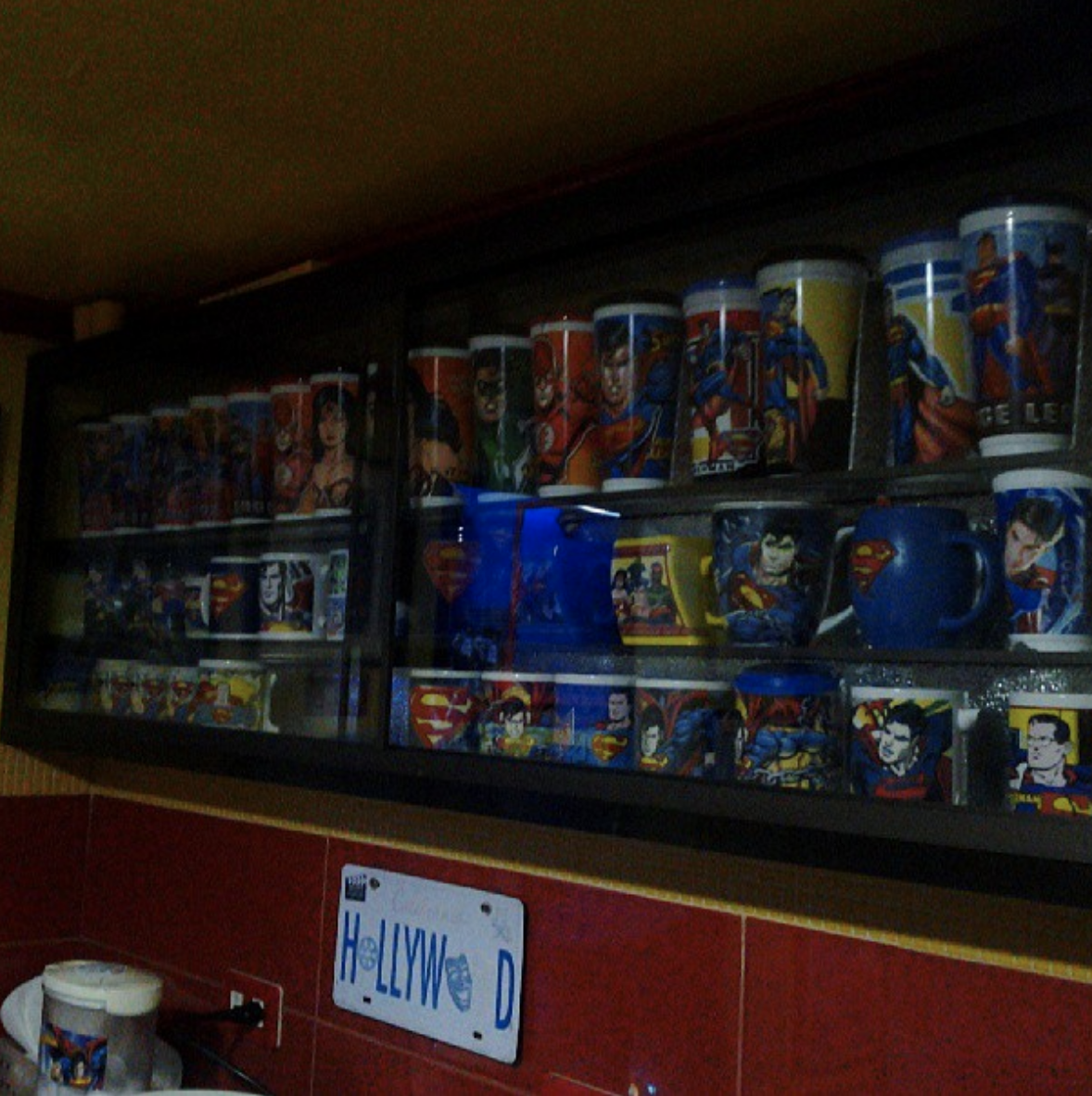 Action figures, bust statues, custom superman printed gifts, comics and what not; Herbert’s collection has everything with the face and name of Superman on it. The stuff of his personal use including table cloth, mats, shower curtain, plates, glass, cups, toothpaste, toothbrush, comb, and shampoo are Superman-themed. The life-sized statue of Superman being the prized possession and the most expensive gift is the closest to his heart.

With 5000 pieces of Superman memorabilia out of which 1253 got listed in Guinness’ official list of licensed collections, Herbert became the owner of “the Largest Collection of Superman Memorabilia” in 2013.
From a normal looking guy to the look-alike of the man of steel; the Superman, Herbert had to make life-changing decisions. 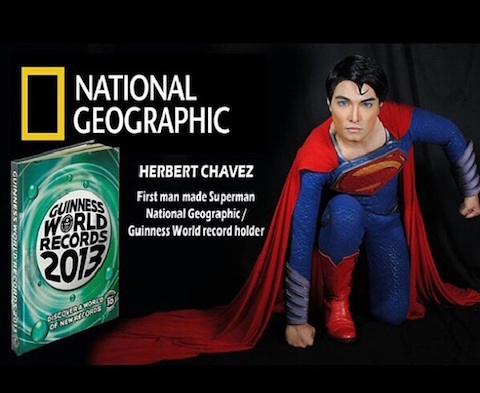 If you like someone, you want to be like them and it is natural. You can either imitate someone in their qualities or looks or both. It all depends on how much you like them and what part of them fascinates you. Some people like actors and they like to dress up the way their favorite actor dresses up. Some like sports persons and follow them in their footsteps by opting for a certain sport as their profession. Playing a sport is easy and wearing clothes is even easier but what is difficult is transforming completely into the person you adore. Yes, you heard that right; there are people who go above and beyond to look exactly like their ideal personality and they don’t rely on mere makeovers.

Although the makeup industry has improved greatly and can turn you into a true replica of another person, Herbert Chavez took his transformation to a whole new level.

Since the transformation through makeup is temporary, Chavez opted for plastic surgery for his dramatic face uplift. It took 26 painful plastic surgeries for him to look like his favorite movie character “Superman”. Obsession with something or someone can make you do crazy things and this is what Chavez did. An Asian face needed lots of changes in features and complexion to replicate Superman. The surgeries included lip injections to uplift and shape his lips to look like the lips of the man of steel, chin augmentation to align his chin with the Superman’s chin, thigh implants for a more muscular look, nose job and skin bleaching to even out the skin tone and make it looks like Superman’s flawless skin. Unlike Sahar’s disastrous transformation, Herbert Chavez successfully got the facial features of Superman. Although the surgeries took a lot of time and were painful but as they say: “No Pain No Gain”. He will not be able to see his actual self in the mirror anymore but not everyone has the guts to do something as big as losing yourself for the one you love.

This was not a normal story when it hit national television in 2011. People were shocked when they got to know about the story of his crazy love for Superman and his transformation. Nothing comes for free as the surgeries cost him £4,400 to look like the comic hero.

What is He Currently up to? 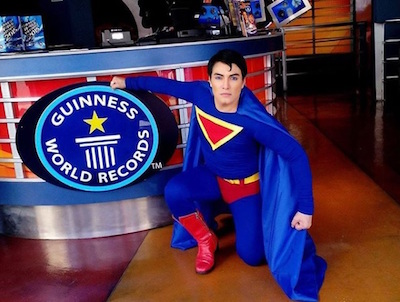 Beauty like Angelina Jolie, muscles like Hulk and ability to fly like Superman; superpowers and beauty have inspired many in one way or the other. Superhero costumes and makeovers mostly are done over Halloween or themed birthdays seem absolutely normal when you hear about fans getting plastic surgeries for a permanent body and feature transformation.

One such fan hit the national Philippine television in the year 2011 when Herbert Chavez named the dressmaker made it to the headlines because he looked exactly like Superman.

Herbert Chavez’s Superman obsession started when he was just 5 years old. From souvenir collection to plastic surgeries and from a mere fan to his look-alike, Herbert had to go through several painful and life-altering procedures. But now when he looks like his idol, he thinks it’s all worth it because “Tuwing pupunta ‘ko sa mga charity wards ng mga bata, talagang naniniwala sila na may Pilipinong Superman,” which means
"Whenever I go to children's charity wards, they really believe that there is Filipino Superman,"
With his Superman looks, he has become popular among children and adults and it actually turned good for him as he gets to put smiles on the faces of sick children. He knows that he cannot fly but making someone happy and putting smiles on sad faces is a bigger good for which he is very proud of himself. 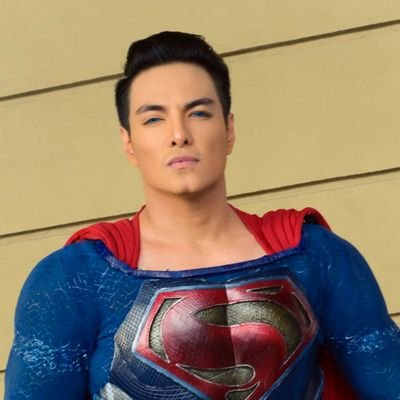 Through his dedication, he has become a role model for those who dream big and want to make their dreams come true. His last goal is to become as tall as Superman and look like him in every sense. His wish is to have abilities and superpowers like Superman which seems impossible at the moment but who knows with technological advancement this wish of his might come true in the future.

The best thing he thinks he is doing right now is meeting the sick children at the hospitals as Superman and enjoying them get excited for having met Superman in person. In a way he imagines himself being the savior of humanity.

Herbert Chavez, the Philippine Superman, is currently getting $600 - $1000 for one appearance at a show. He is mostly appearing at charity shows organized for children. He visits orphanages in his Superman attire to surprise the children. He is also attending fundraising events to help raise money for various social causes. Being a graduate of Laguna College of Business and Arts, Herbert is currently running a Talent Workshop that offers event management services and talent management for those who want to participate in pageants.
Herbert believes that a superhero isn’t a hero because of his costume or looks but what good he does for the society and everybody can be Superman if they decide to serve humanity from the core of heart.

Related Article: Who Is Michael Papajohn? Wiki, Movie, Net Worth, 'The Bourne Legacy',' The Longest Yard,' 'Superman' And Facts You Need To Know 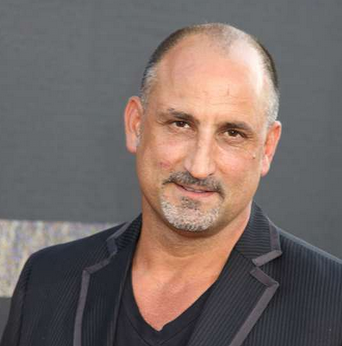 Get to know more about the movie actor, Michael Papajohn, who has starred in 'Spiderman,' 'The Bourne Legacy,' and 'The Longest Yard.' Below are facts about him and his net worth that you might be interested in learning. 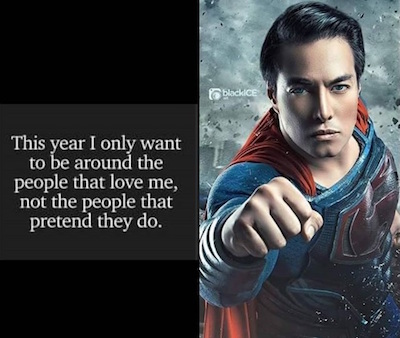 Whether it is dysmorphic disorder – a mental illness where one thinks low about his body image and obsessively perceives it to be inferior or just a huge Superman fandom, Herbert got what he wanted. It didn’t come easy and cost him a lot of money but it’s worth it when you see in the mirror and find Superman looking back at you.

Every person dreams of becoming strong, powerful, beautiful and rich. Real-life successful and powerful people and heroic movie characters inspire children and adults alike. Getting inspired while you are young and becoming a source of inspiration for others when you grow up is something that every person wants.

Herbert got a chance much bigger than others though it was a path not everyone takes. Liking someone and transforming into a doppelganger are two entirely different things but not if you are as enthusiastic and strong-willed as Herbert Chavez. He gave up his own face and looks to acquire the charisma of the man of steel named the Superman. Even the poisonous injections and the illegal product Mesolipo used to enhance abs and chest couldn’t stop him from getting what he wanted. After all the hardships and life-threatening procedures to become a superhero he still believes that we must fight for truth and justice the human way.