Breakups are complicated, but they are not the end

It is simply magical to fall in love and to be loved back. Love knows no boundaries, and falling in love is a beautiful experience. It is an emotion that you cannot resist and can almost never forget. When you begin a relationship with a person you love, everything seems dreamy and perfect until small differences add up. These issues can cause cracks in a relationship. It is up to the couple to sort out their issues and keep the spark alive. Sadly, many couples fail to work it out and just choose to break up. And in many cases, they end up regretting their actions. 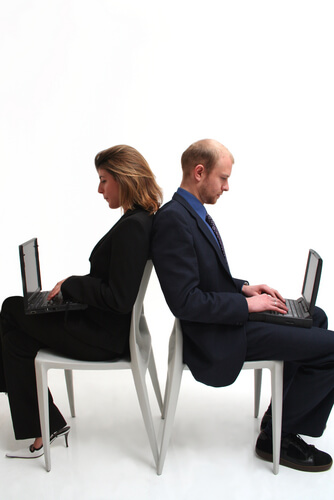 You have the gut feeling that he wants you back, but he is too stubborn and scared to admit it

Once you break up with someone, only then you'll realize how much he really means to you. You'll realize how much you miss him and that you've taken him for granted. Sometimes, your ex will also realize that leaving you was a big mistake. Although he might want to ask you to take him back, chances are, his pride and ego won't let him admit it. Does he want you back? Why can't he admit his real feelings? You can stalk him on social media, ask his friends, or spend countless hours wondering. Or, you can simply look out for hints. If he shows these signs, then he definitely wants you back in his life! 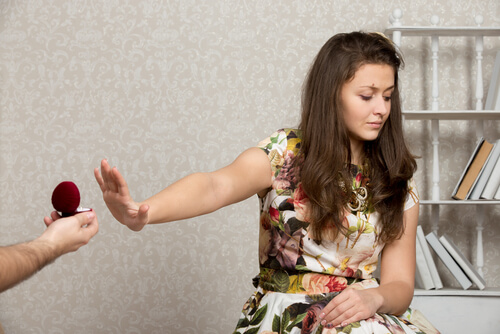 You probably have imagined how things will unfold when he realizes his mistake. You both loved each other so much. He knows you are a romantic person, so he would bring flowers and say sorry. He'd also write letters and do whatever you ask him to. Wake up, girls! It is not likely to happen.

He is not going to easily admit that he wants you back in his life. Yes, he wants to say sorry, admit he was wrong, and ask you to come back. But his ego and pride will not let that happen. He no longer knows how you feel, and he doubts whether you also want him back in your life or not. The more he doubts, the more scared he becomes in accepting the fact that he wants you back. So, instead of admitting his feelings and asking you to come back to him, he will make confusing attempts to find out what is in your mind. Needless to say, it will leave you perplexed. 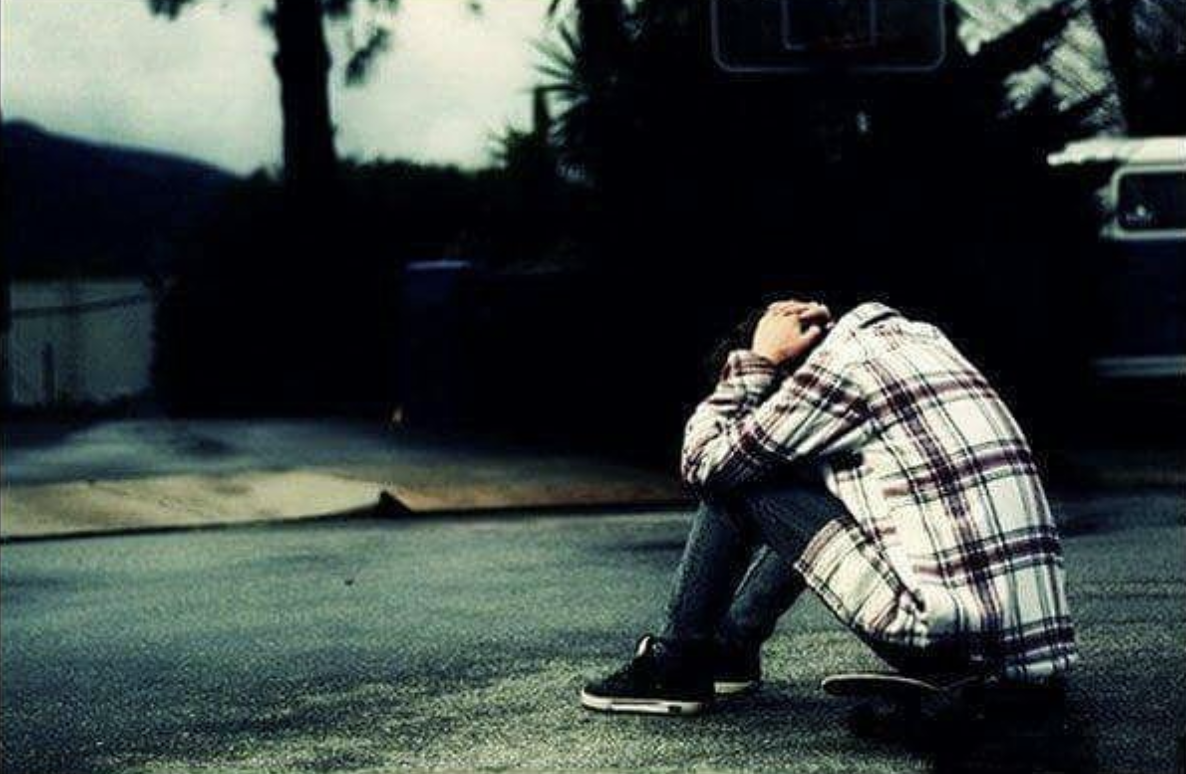 1. Calling you frequently is a clear sign that your ex wants you back

He probably wants you back if he's always the first one to call. Sometimes, he calls you for no reason. Even if you ignore him, he still attempts to call you or send you text messages. This is a sign he misses you very much. He can have random reasons for calling like asking about a mutual friend. It may sound like a lame excuse, but he is doing this to try to reopen lines of communication.

2. Drunk dialing is one of the most common signs that he wants you back in his life 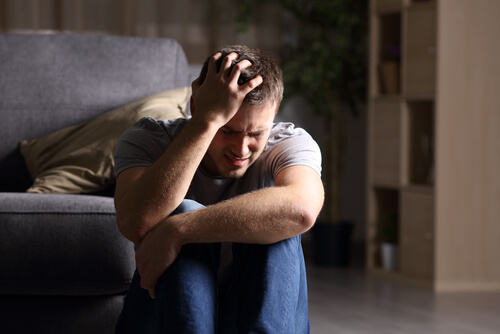 When your ex is sober, he is scared to admit that he wants you back. But when he's drunk, it becomes a bit easier for him to admit his feelings. There is a scientific explanation behind it. Alcohol lowers our inhibition levels, making us express the feelings that we usually try to hide. When your ex is drunk, he becomes almost defenseless to his true feelings and desires. So if he is drunk dialing you after a breakup, it is a big sign that you are not out of his system.

3. He is confused about the feelings that he doesn't want to admit

He calls you regularly for a week and then suddenly starts ignoring you. There are days when he is desperate to spend time with you again. And there are days when he's just nowhere to be found. What is he trying to say? This kind of behavior might seem confusing, but it is common for people who just went through a breakup. It is difficult for him to admit what he desires and how he feels about you.

4. Being in touch with your friends and family even after the breakup 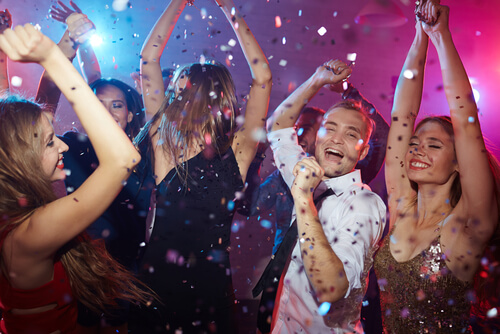 Signs that he is longing for you but won't admit it

5 . He tries to gain your attention by dating someone else

Your ex may be in a rebound relationship if he's not sure whether he should be moving on or not. He feels lonely without you, but he won't admit it. So, he tries to enter a new relationship. The truth is, he is just scared to tell you that he wants you back. Some guys date a new girl to try and find out if their ex still has feelings for them.

6. He talks about the good old days

7. Talking about what went wrong in your relationship

If he wants to discuss what went wrong instead of playing the blame game, then you should at least hear him out. You can easily spot the difference between someone who genuinely wants to understand what seriously went wrong between you two and someone who just wants to blame you for everything.

Few more signs that he needs you back 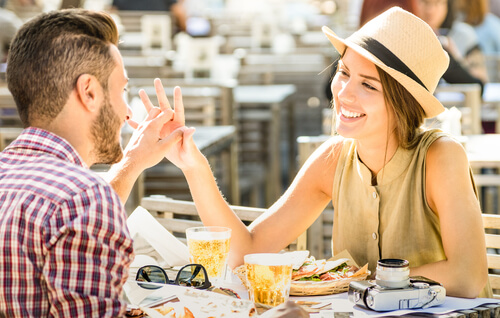 8. Trying to become the kind of person you always wanted him to be

If he is trying to improve himself in the areas that were somehow responsible for the breakup, then it is a perfect sign that he's trying to win you back. However, you should keep your excitement at bay. If he tries to show you how much he has improved, congratulate him and observe these changes for some time before jumping to any conclusion. You can be supportive of him but make sure you don't start showing signs that you need him back. Let him be consistent in this change and then figure out what you exactly want to do next.

9. A change in your ex's behavior is another sign that he may want to rekindle the relationship

He will act differently around you. You will be able to see some changes right away, while some changes will take some time to become apparent. It is up to you to see those changes in him. If these are positive changes that make him a better person, then you may want to give him a chance. Women are born smart, and they have reliable instinct. It wouldn't be too difficult to tell if he is being genuine or not.

Related Article: Everything to Find Out About an Aries Man in Love 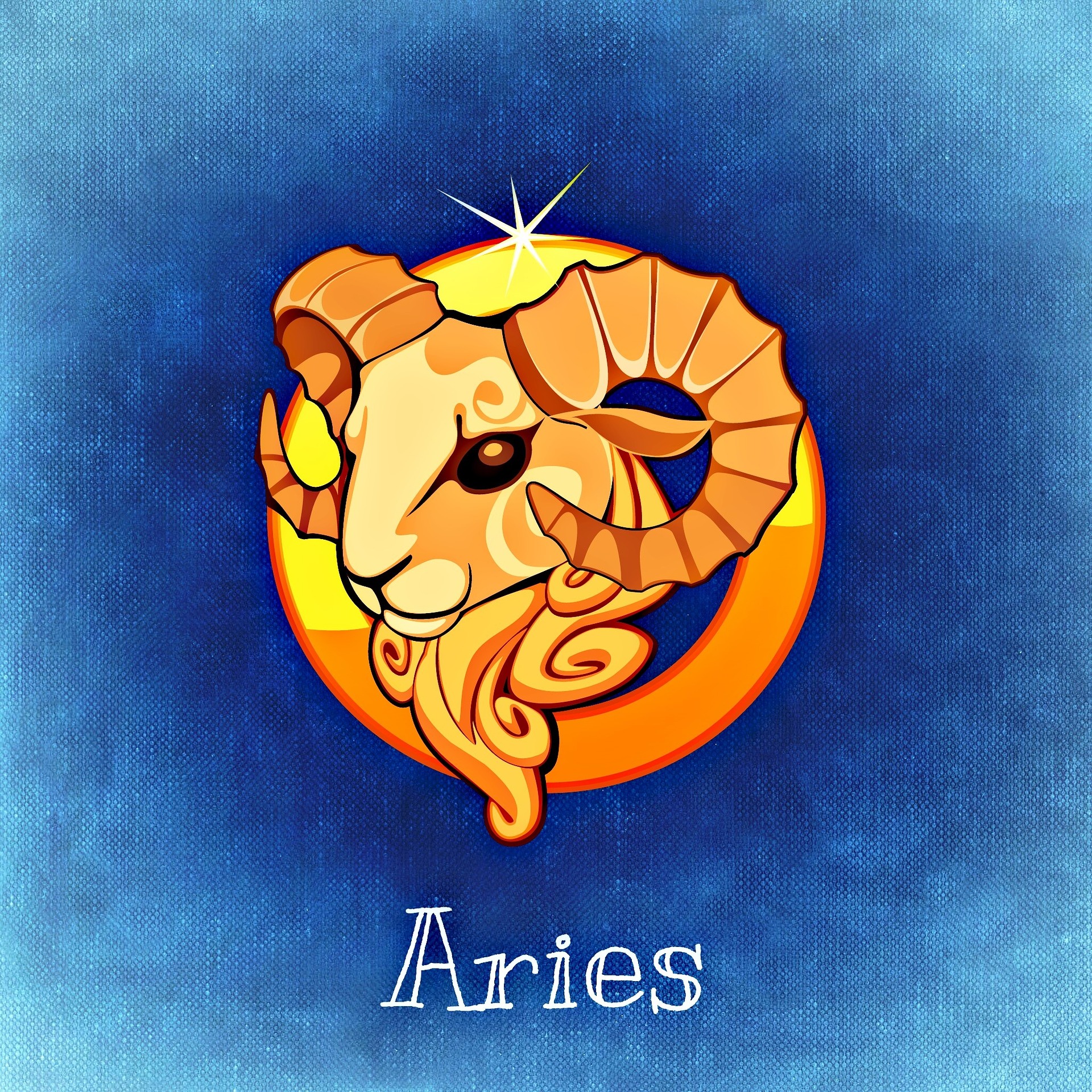 Have you met an Aries man that has had your heart beating?

10. You bump into him almost everywhere

If you think that you are seeing him everywhere, at the supermarket, at your gym, at the library, then it is one of the most prominent signs that he is still into you. He knows all the places you frequently visit, and he is there to keep a tab on you. And maybe to remind you that he very well remembers you and the things you like.

He is scared to tell you straight up that he wants you back, so he uses social media to show his true feelings. He might post phrases or images that have a deeper, hidden meaning. This may be his way of letting you know that he is feeling desolate and lonely.

Subtle signs to make you feel wanted and important 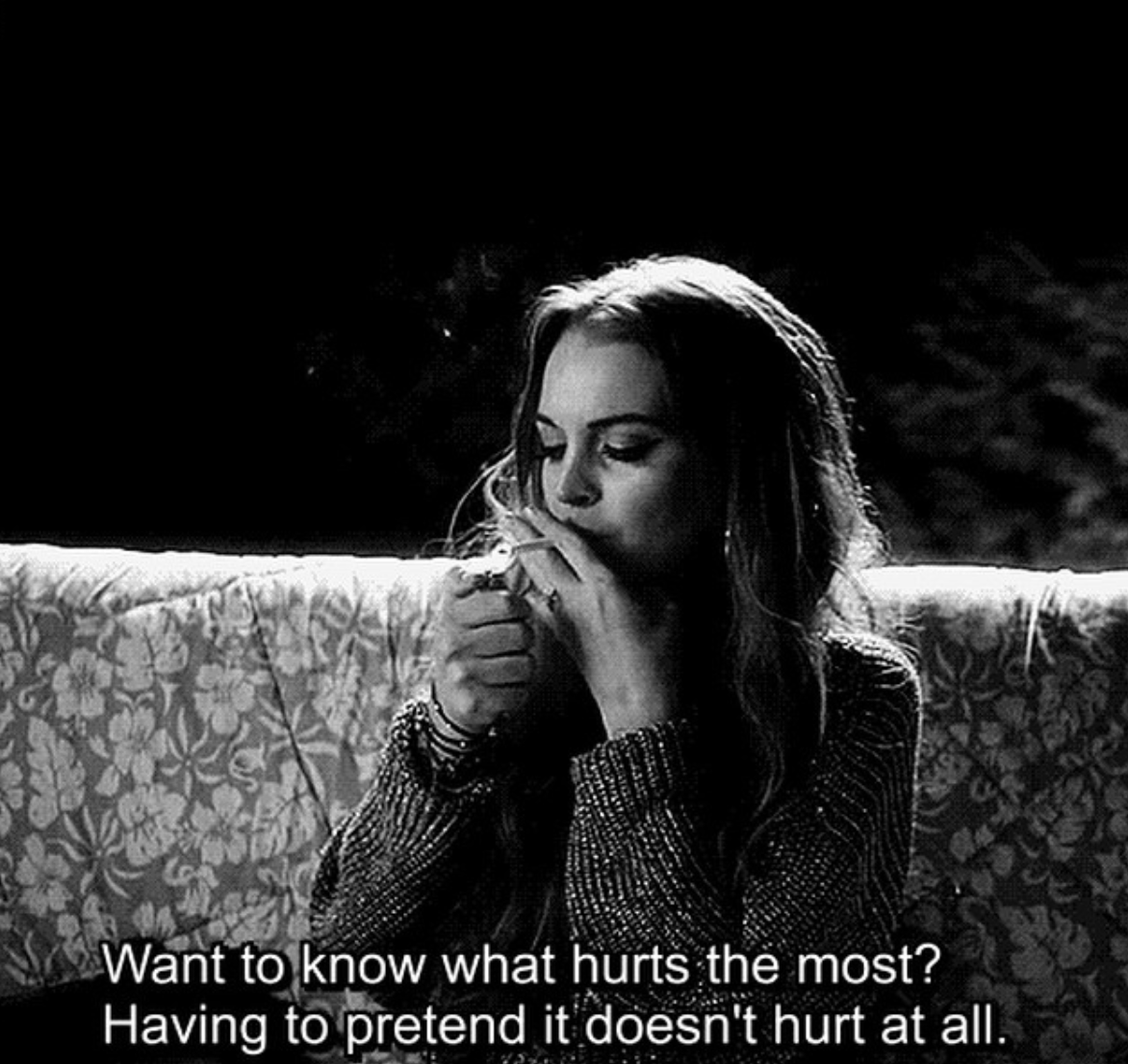 12. He finds excuses to touch you or hold you

It is often said that touch plays a significant role in exhibiting love. If he tries to find an excuse to hold you or maybe touch your hand, then it is an obvious sign that he's not yet over you. He does that so you can feel that spark once again and remember what it was like to be with him. 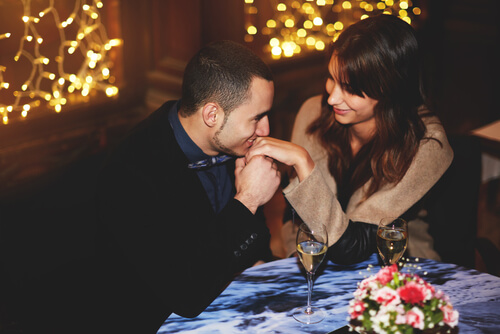 13. A significant change in his personality and appearance

Every time you see him, you notice something has changed. He looks more handsome and dapper. He has become polite and caring. He is not always engrossed in his phone and work. He takes time to appreciate the things around him, and most especially, you. He may not directly admit that he still has feelings for you, but you can tell it from his actions.

14. He keeps mentioning that he is not dating anyone else

This is a sign that he cannot even think of replacing you in his life. He may not admit it at first, but he is desperate to get you back in his life. He wants you to know that he is not interested in meeting any new girl.

15. He showers you with compliments

Complimenting a girl is a sure shot way to winning her heart. If he compliments you very often, then it is a sign that he notices little things about you. You are important to him, and he makes an effort to make you feel appreciated.

If he actively shows interest in whatever's happening with you, then he wants to get involved in your life again. It is a good sign that he is trying to make you realize that whatever is important to you is important to him as well. 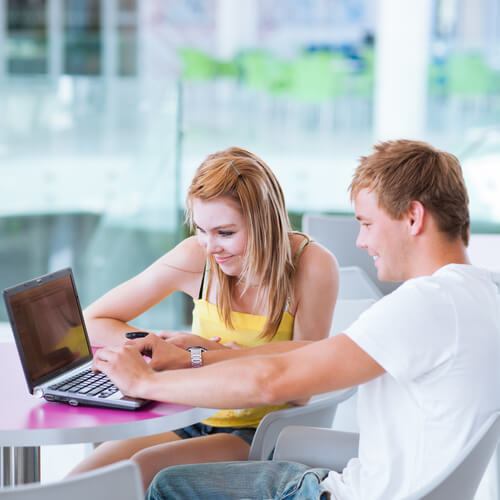 17. He is jealous of new guys in your life

Jealousy is an emotion which comes in to play when there is love. Being jealous even after you parted ways is perhaps the clearest sign that he still has feelings for you. He doesn't want you to meet new guys because he wants you to take him back. Showing jealousy towards new guys in your life is almost as good as admitting that he still needs you.

Showing sincerity towards you 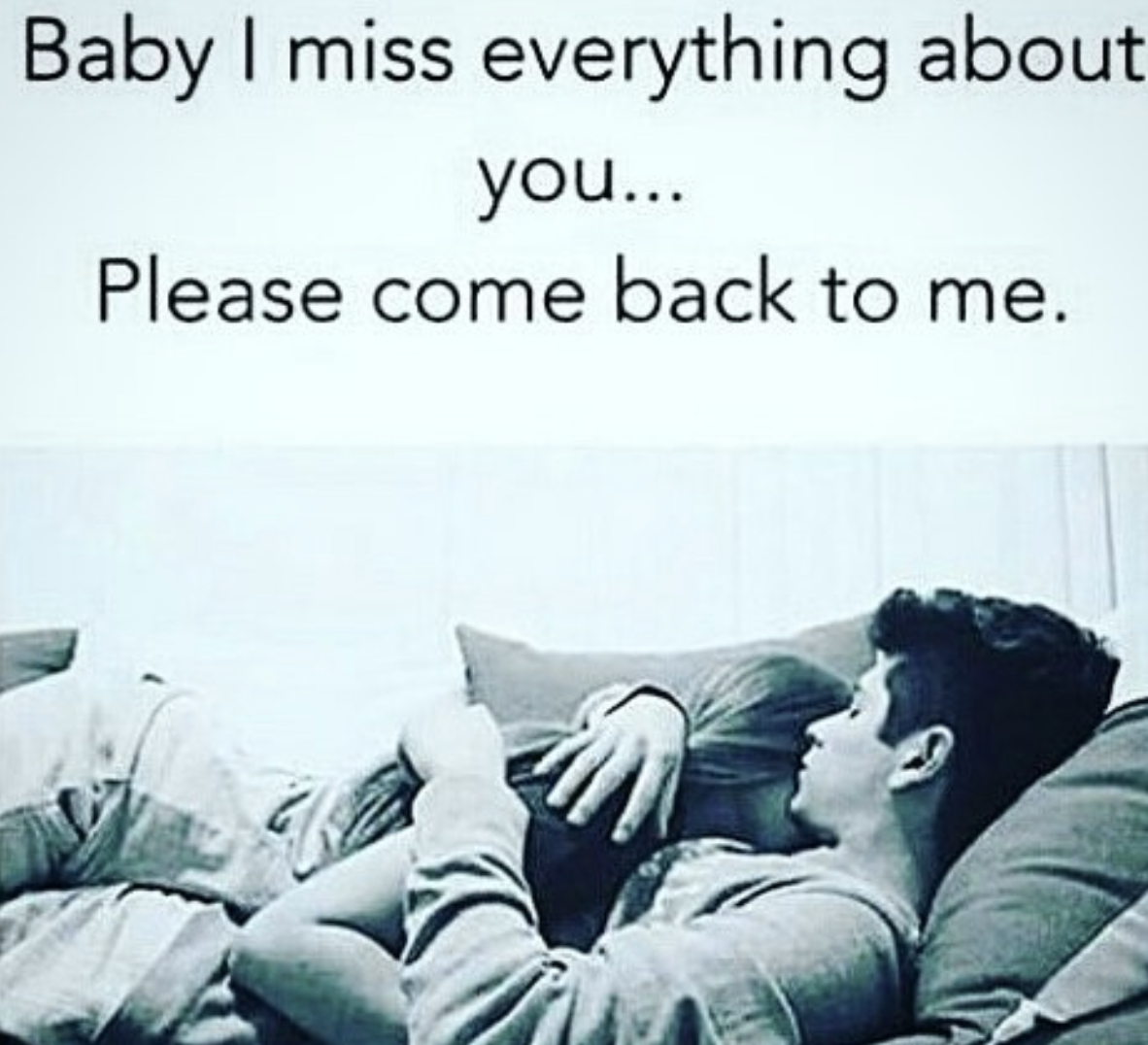 Because you were in a relationship with him, you probably have a common circle of friends. If he asks your common friends about you after the break up, then he probably wants to come back to you.

19. He still keeps your things

He keeps your things as a symbol of your presence in his life. It is a sign that he needs you back, even if he doesn't admit it. He is not ready to leave the past behind.

20. He is apologetic and says he miss you

This is one is straight from his heart. He is scared but found the courage to tell you that is he sorry about the break up and that he misses you terribly. It is a clear indication that he can't get over you and wants you back in his life once more.

A piece of advice

He has given you so many signs that he wants you back. You also feel sorry about the breakup. You love him as much he loves you, and you're dying to take him back. But before doing that, make sure that his actions are genuine. Do you honestly want to get back together? Make sure that you're not just acting upon a temporary feeling. It is better to be sure than to regret your decisions later. Take time to think about the situation and what you can do to make things better this time. If the two of you can stick together despite your differences, then go ahead and follow your heart's desires.

Related Article: 10 Advice for Anyone Who Is Giving Up On Love 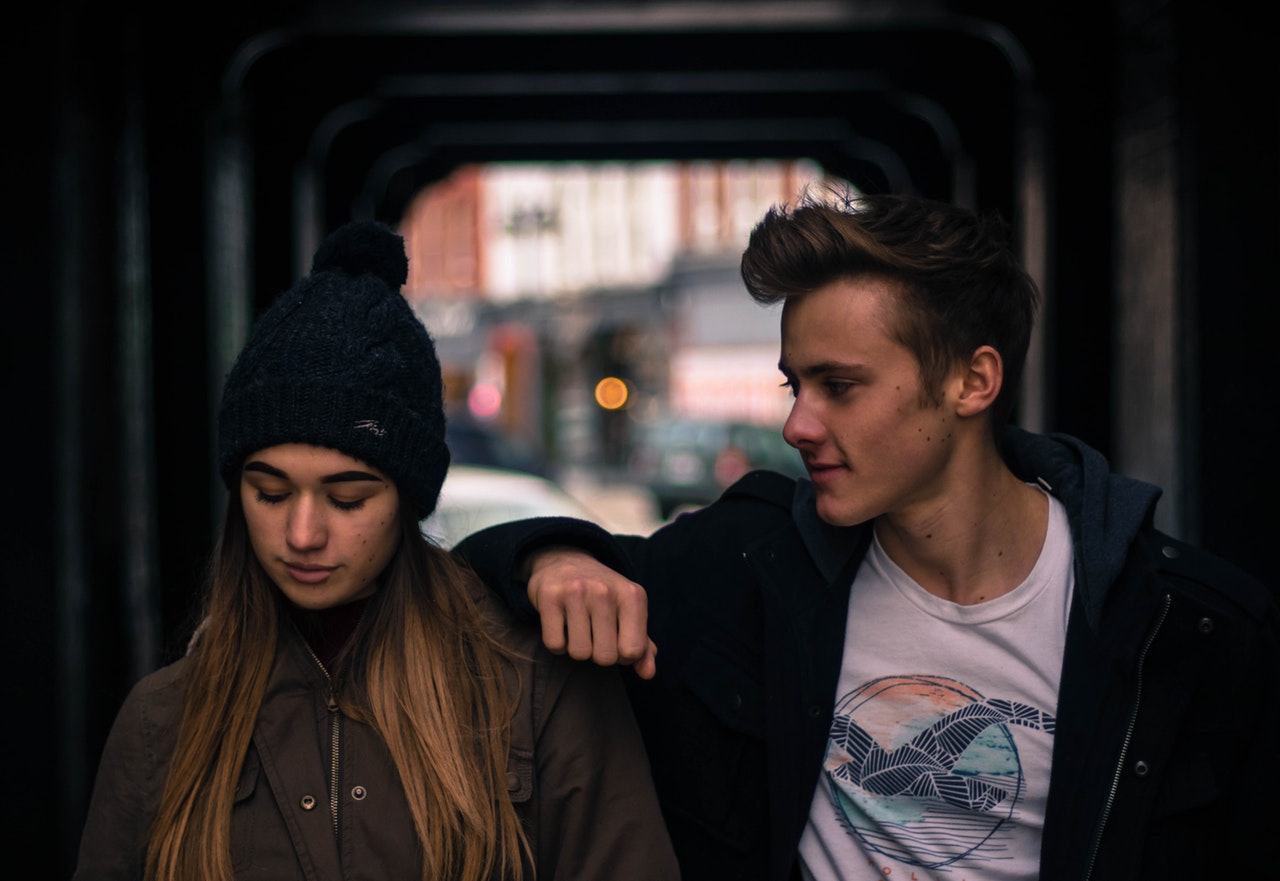 Relationships are hard and rocky; and sometimes we face so much heartbreak that we no longer want to believe in love.