In terms of a relationship, compatibility refers to all those traits, preferences, and qualities that attract partners toward each other. It is to note, however, that being compatible does not signify that a partner is the same as another, instead it proposes that although partners may possess different attributes, it is the combination of these attributes that make them attract one another in a non-conflicting manner.

When it comes to zodiac compatibility, this is a section of astrology that serves to examine the relationships of partners through their horoscope signs – these signs comprise of the positions of the planets in the Solar System and their respective locations in the zodiac at a particular period of an individual’s birth.

Same-sign marriage: are they really tragic?

Many people choose to believe that same-sign marriages are nothing but bad luck and years of emotional trauma. However, others believe that any two signs can be compatible – and they have a very good reason for believing so. You see, every relationship will have its ups and down – it has nothing to do with whether you and your partner share the same astrological sign or not. Throughout the years, the world has witnessed beautiful power-couples who shared the same sign. An example can be of Barack and Michelle Obama.

Although your zodiac signs has a direct influence on your overall personality, a relationship either pivoting towards something productive or something tragic depends more on the partners’ individual personalities rather than how their zodiac signs have molded them. If both partners are willing to compromise, are open-minded and good listeners, they’re in for a beautiful life ahead. However, if both partners are stubborn, haughty and vain, I’ll be surprised if the relationship lasts more than a few weeks. Thus, it’s important to remember that we can’t dump all the blame on a sign, rather it’ll be wiser to look within ourselves and try to find the strengths and the flaws within us – that goes for both same-sign and different-sign marriages.

Top 20 Zodiac Matches That Make The Best Couples And Why

Aries is notorious for being fiery, and at times that's precisely what the phlegmatic Aquarius desires to get them going. In reverse, now and then Aries requires the soothing impact of their chilled out Aquarian partner. Either way, both these signs try to the best versions of themselves and try to make the best out of each moment!

Taurus and Cancer are very compassionate and devoted partners. From an outsider’s perspective, they just really "get" one another. They relate to one another intensely on both a physical and emotional level, which enables them to develop a bond that most couples never get to experience.

Gemini and Aquarius are renowned for their intellect, and as a couple, they continually fuel each other's inquisitiveness and wind up being an artistic pair that is passionate about coming up with fresh ideas and sophisticated plans.

Cancer and Pisces are a few of those couples that fit so together that everyone else can both sense and see it. One of the explanations for this is that they take out the time in getting to know one another inside and out before they start dating.

Leo and Sagittarius adore working the room and their spirit is practically infectious when you spend time with this duo. One could be forced to think that two people who are frequently the life of the party wouldn’t be ideal as a couple, but this certainly isn't the reality for this duo.

These two earth signs are pretty laid-back and pragmatic. One of their fundamental principles as a couple is sincerity, so you'll never see them going after each other's backs.

Both being air signs, Libra and Gemini get along on an intellectual level and offer continual mental inspiration to each other. As far as this duo is concerned, the brain is what arouses them, and they simply can't get plenty of it.

Both Scorpio and Cancer are profoundly attached to their sentiments and such intensified emotions certainly bring this duo nearer to one another.

Sagittarius and Aries make one hell of a couple. From an outsider’s perspective, it's hard not to spot the desires amongst them. These two are buzzing with vitality, joy, and a deep passion for one another.

Capricorn and Taurus simply can't find enough of each other. They admire one another to the extent whereupon they can't cease to touch and speak awfully cute stuff to one another.

Pisces and Scorpio have a deep-rooted intellectual and passionate relationship and appear to just instinctively appreciate not only what the other is feeling, but what they're thinking as well. This typically makes for a sustained and productive relationship.

Although these signs are opposites, they always result in perfecting each other. The tie between these two has the likelihood of being so durable that it's not rare to see Capricorn and Cancer couples who had once been high school sweethearts.

Leo and Libra encourage one another to be the best versions of themselves, which is what any serious couple hopes to achieve. Libra's receptivity and poise alleviate the melodramatic Leo, while Leo's idea of fun and amiability inserts a bit of the much-needed enthusiasm into the life of their Libra counterpart.

Virgo and Gemini both enjoy thinking, examining, and discussing whatever they find interesting enough to have aroused their curiosity together.

Outgoing, amiable, and passionate, Aquarius and Sagittarius are such a power couple that they're practically identical to being best friends. Both signs have a lot of fundamental principles in common, which constantly makes stuff easier for them – especially when it comes to being happy and in love.

This is one scorching hot zodiac couple and is a power to be reckoned with. As you can picture, things can get a bit volatile between these two very passionate partners, but in the end, they bring out the best in one another.

Pisces and Capricorn are one of those matches that suit each other like burgers and fries. These two are like the sun and the moon as individuals, but it's these variances in their personalities that result in them perfecting one another and making them sounder as a pair.

These two very diverse signs and when together, they can wind up being the greatest thing to have happened in their lives. Many picture Leo as being melodramatic and somewhat of an attention seeker, but in all truth, often this is just what the laid-back and practical Virgo wants to spice up their life.

Romantic relations between a Libra and a Taurus are almost always peaceful and sweet. This is typical because both these signs are ruled by the planet Venus, which is acknowledged for her gorgeousness, elegance, and passion. Both partners in this relationship are warm and passionate and who seek desire and the greater things in life. 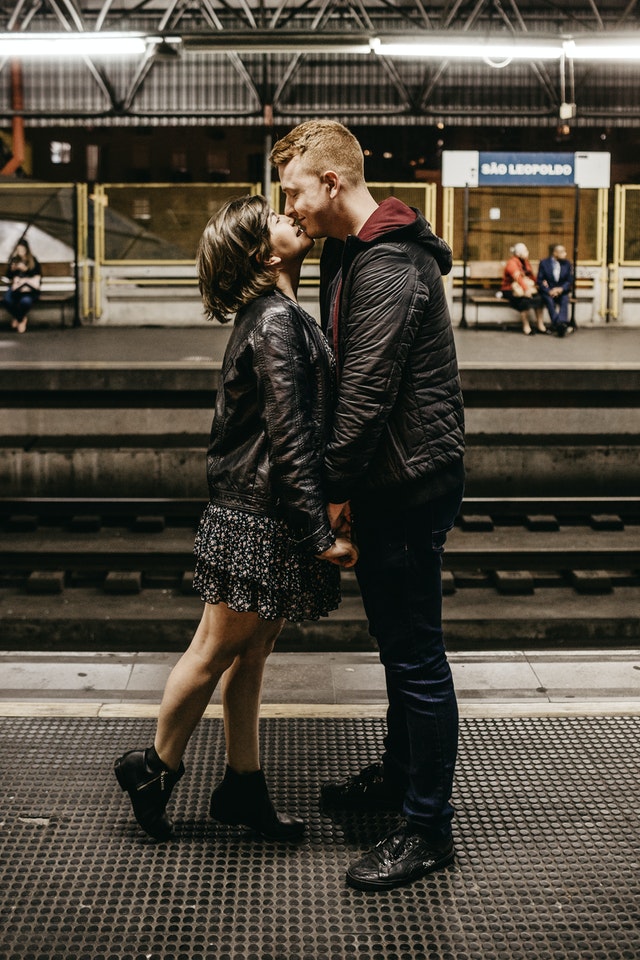 Sagittarius and Gemini are pro conversationalists and would have anyone interested for the whole night!

Although celebrities find their way onto tabloid covers mainly due to infamous scandals, let’s not forget the good out there. We’ve compiled a list of 6 celebrity couples who’ve stood the test of time due to their astrological compatibility.

Kim Kardashian is a Libra, which grants her qualities such as being charming and prudent. Kanye West, on the other hand, being a Gemini, can be a bit more tumultuous at times – I mean, all us have witnessed how his tweets turn Twitter into a frenzy! Nonetheless, both of these signs somehow found a bond between the two that is inseparable and harmonious.

It’s no surprise that Justin’s songs are primarily about love, desire, and remorse – Pieces possess the ability to be in sync with their emotions and know how to express themselves. Hailey, on the other hand, being a Sagittarius, wasn’t fascinated by Justin when they initially met. A Sagittarius is hard to get! However, by the time both of these partners got to know each other, we assume they were already done with planning their wedding!

It’s no surprise that Meghan might’ve played an influential role in the couple’s decision to break away from the Royal Family. Leo is strong-headed and possesses excellent leadership skills. A Virgo, on the other hand, is a bit more systematic and practical. That being said, both of these signs end up balancing each other out towards a road to a long-lasting relationship!

A Virgo-Capricorn match is based upon the two partner’s share of the same passions. Regardless of if this is a common match or not, what we can guarantee upon is that once both these partners fall in for each other, no power on earth can stop them! Bernie and Jane, thus, turn out to be exemplary figures concerning this match. Since both of them were fighting for the same reasons and deemed the same things as important, it’s no surprise they’ve been married since forever!

We apologize if Alex and Jennifer’s story makes your heart melt like chocolate. This power couple met at a Yankees game back in 2005. When asked about how she felt at the exact moment she met Alex, Jennifer said that she felt this “weird electricity for, like, three seconds”. I mean, there’s no other way to describe how you feel once you realize that you and your partner are meant to be together!

When a Leo and a Capricorn fall for each other, even the hardest of rocks could shatter under their power. That’s what happened with Barack and Michelle Obama. Leos tend to be romantic and at the same time, possess huge amounts of respect and devotion for their partners. On the other hand, Capricorns desire someone who possesses the ability to be a good listener and truly understand them. That’s pretty much it – a match made in heaven!

Related article: Who is the Most Hopelessly Romantic Zodiac out of all 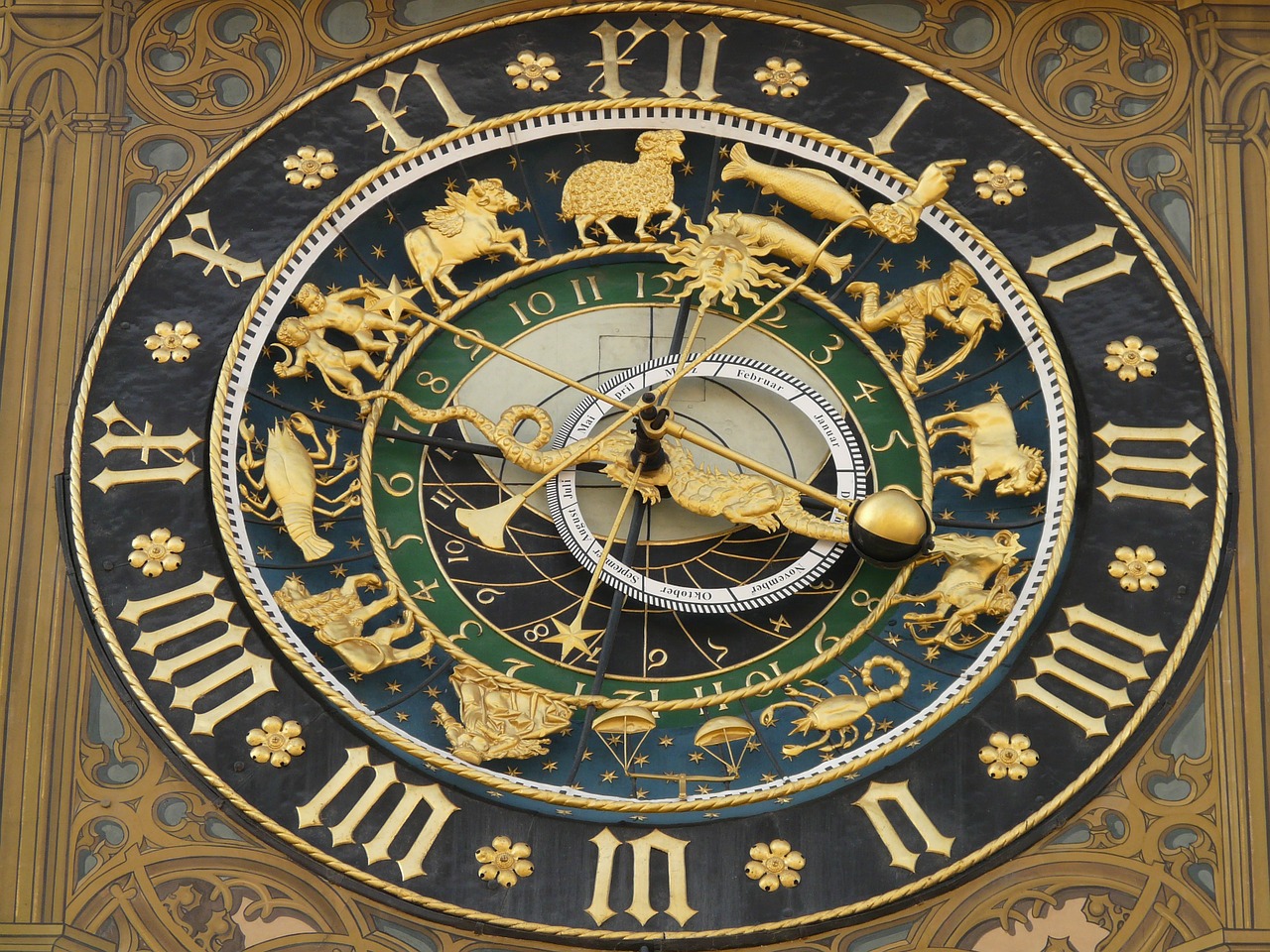 In conclusion, it can be said that one’s zodiac sign plays a huge role in mapping out and designing their relationship with other people. Next time you find someone attractive, be sure to ask them of their zodiac sign – who knows? Maybe both of you could end up being not just lovers, but zodiac nerds as well!