A flirtationship is a relationship amongst two people who happen to be friends. In a flirtationship, both partners indulge in flirtatious actions without guaranteeing any possibility of leveling up their relationship and becoming more than flirtatious friends. It can be said that in some ways, a flirtationship is situated somewhere between the friendzone and the friends with benefits type of relationship. People who indulge in flirtationship are well-aware of the fact that they possess a liking for each other but some reason, do not pursue anything more because of some sort of complicated circumstances. People might suspect that something is up since both partners may offer hints or chat using cute words, however, it’d be hard for anyone to analyze whether something’s up since nothing is confirmed regarding their status as a potential couple.

Difference Between Flirtationship And Friend Zone

Like we mentioned before, a flirtationship is a type of relationship that builds up between two people who, despite liking each other, choose not to spice things up in their ‘relationship’. A friend zone, on the other hand,  consists of someone being trapped in an undesirable and remote relationship. The rejected person is believed to have been placed in a region of their liking's "friend zone". The idea of the friend zone has been heavily condemned as being misogynistic, since it is believed that this notion suggests anticipation that women ought to have sex with men in whom don’t have any desire for, merely because the men were ‘good’ to them.

Difference Between Flirtationship And Fling

If you feel like you’ve found someone whose way of flirting perfectly synchronizes with yours and both of you want to keep things platonic, you may have found yourself in a flirtationship. A flirtationship is the act of two people who choose to flirt with each other regularly but choose not to indulge in hookups or date each other. However, a fling, on the other hand, refers to having a brief, noncommittal sexual relationship with someone. Think of it as your Tinder date – you both chatted for a while, hooked up one night, and then decide to go your separate ways.

9 Reasons Why Flirtationship is Okay and Beneficial

If you’ve never had the chance to experience fun non-partnerships where there are no strings attached and neither are there any commitments, we feel sorry for you and hope that you too, get to experience flirtationship one day. Here is a list that’ll convince you as to why flirtationship isn’t just fun but is completely okay to indulge in:

1. Fun with zero chances of a Heartache!

One of the things that render a flirtationship unique is that unlike having a common crush on someone, flirtationships have zero possibility of transforming into serious relationships. They can occur between anyone, for example being you and your colleague, or you and your gym coach, or simply anybody you happen to have a common fascination for but would certainly not choose to date them. Once you’ve convinced yourself that nothing serious will go on between the two of you, it just won’t be a matter of life and death if both of you decide to go your separate ways. Yes, it may perhaps be sad for the both of you to end your flirtationship like that, but it’s nowhere close to the uninvited heartache that accompanies the ending of a serious relationship.

2. There are no strings attached

There are no strings attached when it comes to a flirtationship. Although you may feel a rush of adrenaline every time you get a text from your flirtationship partner, you may notice that unlike a traditional relationship, you don’t stay all night pondering over why they gave you delayed responses texted you back so late. A Flirtationship helps you avail of all the wonderful sentiments that accompany having a crush on someone minus the terrible feelings of possible heartbreak.

3. A flirtationship allows one to have more freedom than a traditional relationship

Managing a healthy, honest relationship is goals, but let’s not ignore the fact that all of us frequently have an urge to spice things up in our love life. However, this is a big “no” once you’re in a serious relationship (duh). Anyways, the point is that a flirtationship offers far more freedom than a traditional relationship. A flirtationship doesn’t demand any sort of ‘pledge of loyalty’ – it allows you to be flirt with anyone you wish to flirt with, without having to think about any repercussions that lie ahead.

4. You can be in a flirtationship with multiple people – all at once!

While most people around the world prefer enjoying and being in a serious monogamous relationship, there’s nothing that should hold you back from spicing things up. Although the idea of sharing a partner is not everyone’s cup of tea, the thing about a flirtationship is that there simply aren’t any strings attached. Having said that, indulging in numerous flirtationships isn’t much of a big deal and is pretty easy. If you desire to flirt with more than one person, you can confidently be in a flirtationship with your coworker, your gym coach, and your driving instructor all at once! It’s completely harmless, and the best part is the fact that there are no strings attached.

5. Ending a flirtationship is as easy as ABC

Letting go of a relationship is heart-wrenching and can be expensive if the two of you are married and plan on going your separate ways through filing a divorce, but when it comes to putting an end to a flirtationship, there are no complicated procedures involved other than the two of you decide not to flirt with each other anymore – that’s all it takes!

6. There are no false hopes involved

One of the secrets to enjoying a fruitful flirtationship is understanding that it has nothing to do outside the circle of flirting with someone you like. When you establish that what you’re in is truly a flirtationship and not a traditional ‘having a crush on someone and working out ways to seduce them’, you can go to bed every night with the satisfaction of being aware of the fact that you’ll never have to think about if your flirtationship partner would arrange the kind of proposal you’ve always dreamt of or if they’d be a suitable person to have kids with.

7. It doesn’t take a lot of your time

Although it’s totally up to you if you’d want to stay up all night texting your flirtationship partner, you should also know that this is something you don’t have to do. You see, these types of non-commitment relationships are very low maintenance, and many of them don’t even develop outside the physical site of the place you see your flirtationship partner. Thus, relax and know that you can go about your day without ever having to think about your ‘partner’ until you see them the next day.

8. There is little to no drama involved

Flirtationship is one of the most simple kinds of non-intimate flings you could have with somebody, thus it’s rare that one’s partner could ever get jealous or insecure in such a relationship. There isn’t ever any drama involved unless your flirtationship partner already is involved in a serious relationship – by which case, you two should think things through.

9. It helps the two of you to practice your flirting skills

I mean, before you hit the road, it’s better to seek admission in a driving school, right? Take flirtationships that way, they not only make your days a bit lighter, but they also help both you and your partner to improve your flirting skills for when the right time comes to seek a serious relationship!

Related Article: What is flirting: The 5 types of Flirting Styles to learn 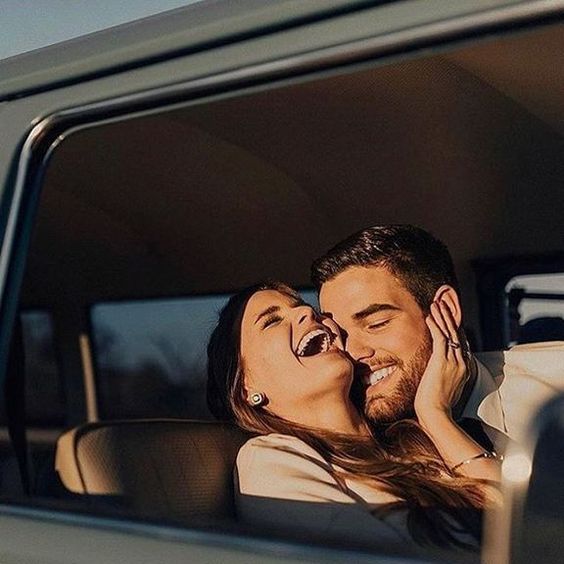 Understand what are the 5 different types of flirting styles

In conclusion, it can be said that even though flirting without making things official is frowned upon and the more conservative amongst us choose to flirt after we’ve proposed to our partner, a flirtationship shows us that not only is it good for our mental health, it also helps us understand people, and ourselves better. We get to have fun, practice our skills, still be independent and avoid all sorts of drama – really, what more could one want?