Ever caught a guy staring at you? Is he spending increased moments within your vicinity or engaging you in conversation and wanting to know more about you? It’s obvious. Someone is interested. This is the moment to celebrate when you like him back and plan on pursuing whatever is developing there.

Women have so much power to masterfully manipulate a situation to their advantage, especially when it comes to men. You know he wants you but might need some extra confirmation. It’s now time to get working and use those charms for good.

What Are The Usual Pieces Of Advice When Trying To Get A Man To Like You?

Here are the two ways to get a man to like you. Treat these like advice, try them out, and chances are, you’ll be his girl in no time. 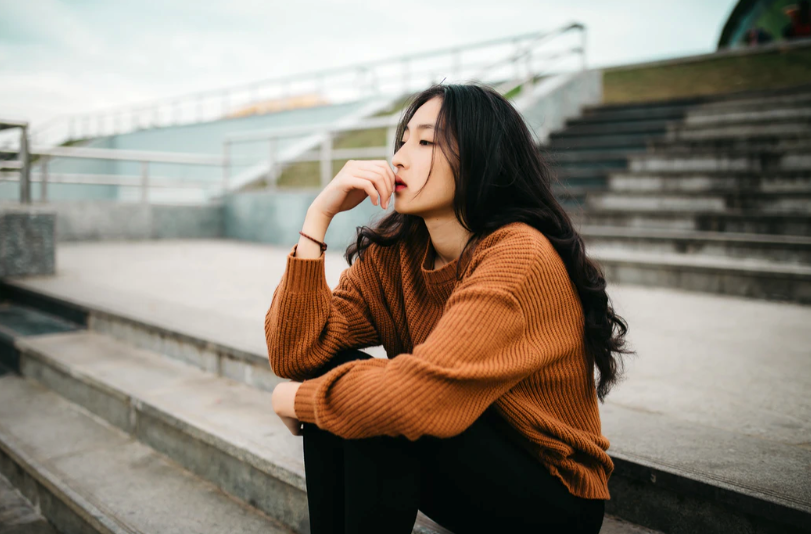 You’re getting a guy to like you, not getting him to propose to you. Relax and enjoy the process of flirting! This is an exciting stage in any budding relationship and should be savored, never rushed. Think about the future, but only until the third date, not anything beyond a few months out.

Don’t think about when he’ll introduce you to his friends or family, what he’ll be doing for Christmas when it’s only June and the like. Overthinking about the future can also be a turn off for him because it can seem intimidating from an outsider’s point of view. Instead of enjoying the moment, you’re there getting carried away about tomorrow.

Go with the flow 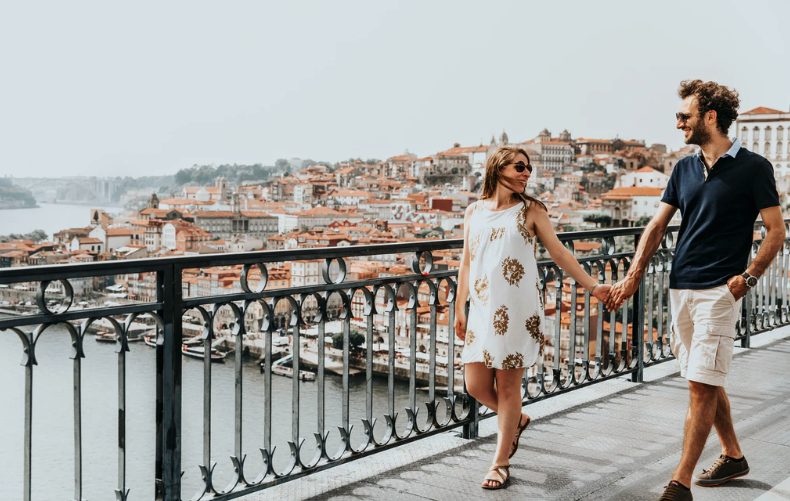 It may seem like a “go where the wind takes you” kind of approach, but that’s precisely it. You are at the early stage of a potential relationship. This is you testing the waters with your toe. Going with the flow not only stops you from coming off as trying too hard or desperate but it also stops you from getting disappointed when expectations aren’t met (whether it’s something about him or an event that didn’t go your way).

Add these two pieces of advice together, and you can now face this exciting stage of your life head-on.

How Do You Make A Guy Want You?

Remember the saying “If you want to have friends, you must first show yourself friendly?” Well, the same applies to get a guy to want you. It would help if you showed him that you want him too. Give him your time or attention at healthy amounts. With this, he gets that needed confirmation to proceed with the next step in his plan in case he was waiting for a sign, any sign from you.

On top of that, you must also not forget about yourself. Keep living your life, and don’t let him become your sun. Go out with your girl and guy friends, push through with scheduled plans, you know the drill. It’s so easy to fall into the trap of giving him attention, but too much can be dangerous.

What Do I Need To Avoid When Trying To Make A Guy Like Me?

Don’t change. That’s it. There’s more of this in detail below; but basically, once you lose yourself in the process of getting a guy to like you, you risk losing him too.

Most Important Trick: Be Yourself. 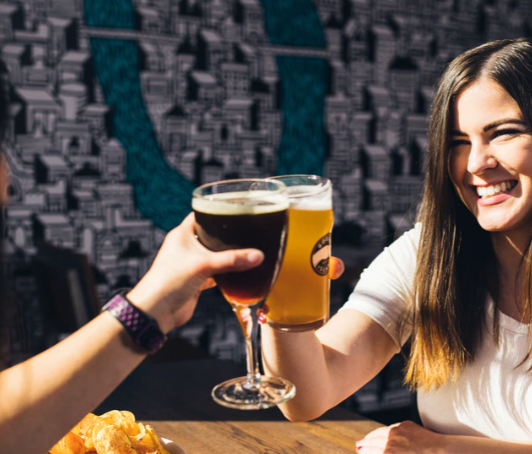 The first and foremost important thing to remember is to be yourself. You want him to like you? Then show him who YOU are, not a stereotype of what you think most guys want. The reason why he’s shown signs of interest is that he wants Y-O-U.

Many women forget this along the way and change during the whirlwind courtship or dating stage, risking the guy realizing he has made a mistake. Sound familiar? There are countless chick-flick movies focused on this plot alone! The girl realizes the “monster” she’s become and works extra hard to prove to the guy her true self. Why not skip all of that and stick to your fabulous self from the beginning.

The wonderful thing about being yourself is vulnerability. The more you open yourself up and let him read the pages of your book, the more engrossed he gets. It’s really a win-win for everyone as long as you are assured that trusting him is a good move.

On a flip side, what if you’re getting to know him staying true to yourself, and you eventually go back to your normal self, only to surprise him that this was not what he bargained for. By then, you’ve invested so much that the breakup would be more painful. The lesson to never forget is to be yourself.

Importance of body language and examples to attract a guy

Ok, the following might seem cheesy or a couple of no-brainers, but they’re facts – guaranteed to attract the opposite sex. Smile. A simple yet oh-so alluring feature on a woman. Next, you have compliments. Throw it here, there, everywhere! While you’re at it, squeeze in some subtle physical contact such as a hand on the biceps.

Don’t forget eye contact! Not just because they’re the windows to one’s soul, but it isn’t polite to talk to someone, and you’re not looking at them properly. It shows you’re really interested in what he has to say, thus getting him more attached to you. 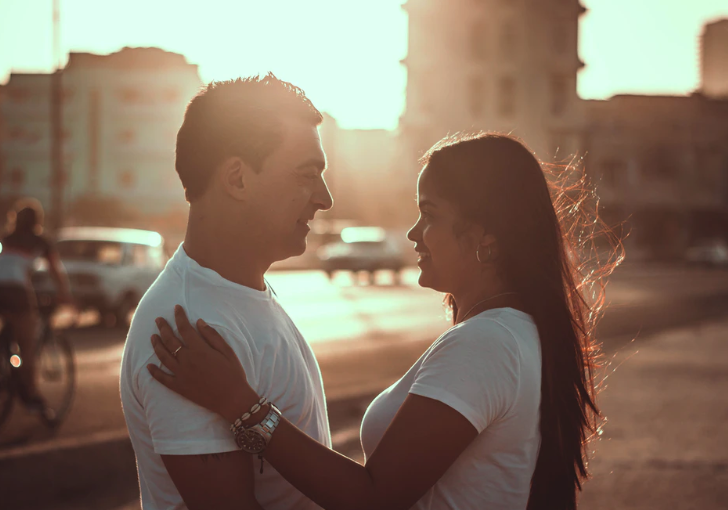 Sticking to the topic of body language, lean towards him as a moth attracted to a flame when you have the chance. It’s as if you’re pulled to him like gravity. When he’s talking, lean forward a bit to show how interested you are. It’s subtle but definitely makes a difference.

Yes, this is an old trick in the book, but it deserves to be repeated because women who play with their hair while flirting with a guy is said to be sexy. Don’t overdo it though! Just a flip here, a straightening out move there, and you’re good to go. It also gives your hands something to do in case you’re nervous.

Lastly, we have a posture. Whether you’re standing or sitting, do so upright. Not only does this make your chest appear more prominent and your spine arches sexily at the back, thus sticking out the butt area, but it exudes confidence. These are the ingredients to a successful attempt in getting a guy, by the way. 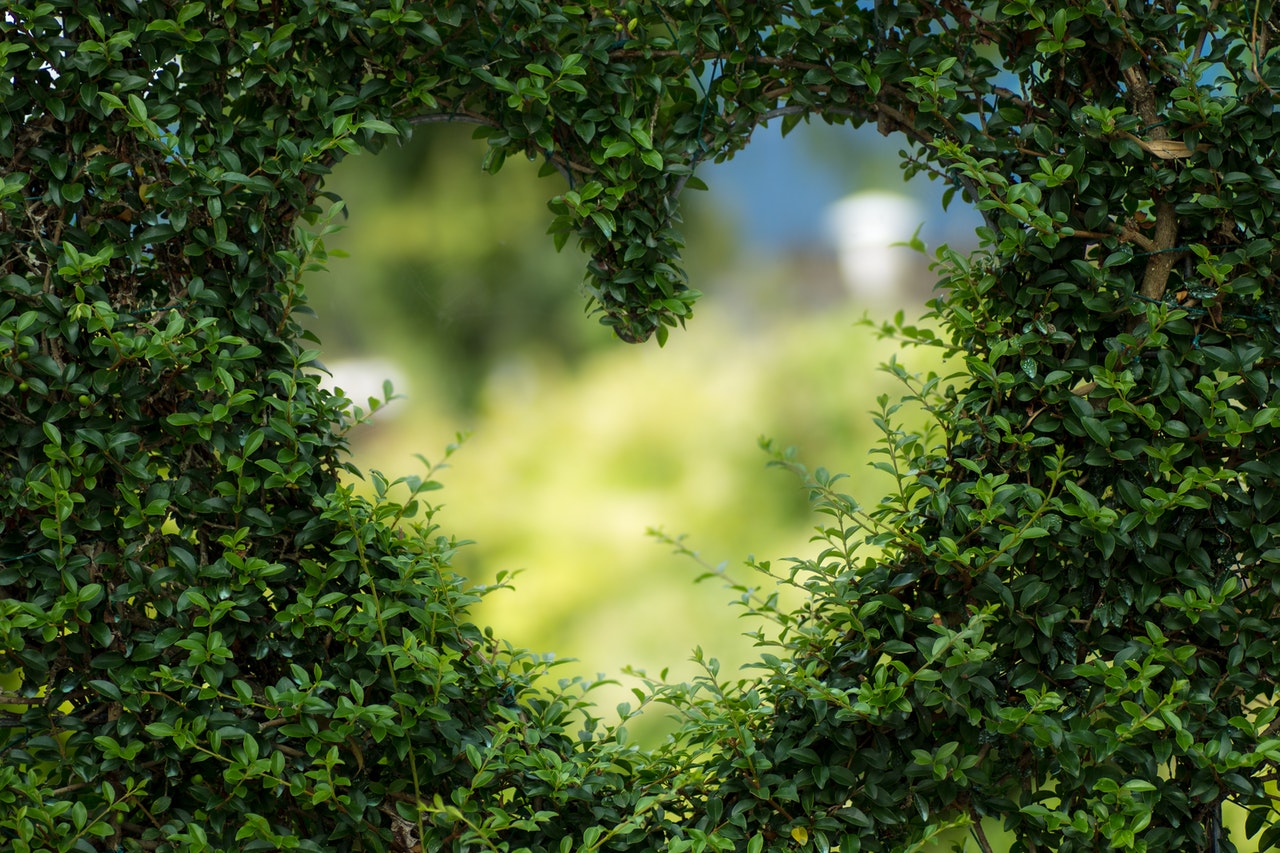 You’ve got the attitude and perspective part down. You also have body language tips and tricks. Now, the words. Here are six phrases that could make a guy drop his boxers for you.

“I love your passion”

This is for when you want to let him know that you’re genuinely impressed by his career, hobbies, and other interests in life. 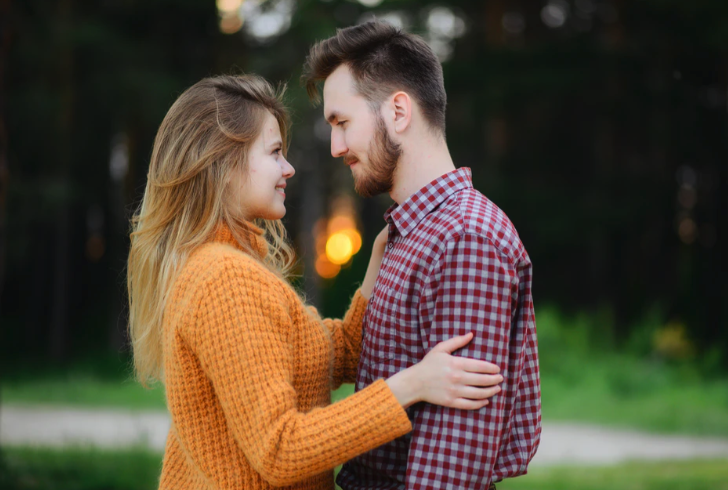 Observe him and comment. Not only will he realize you’re watching the little details, such as his knack for cooking, fixing electrical stuff, sports, and whatnot, but you’re also vocal enough to let him know. Men need confirmation. That’s a fact.

Now, take some control. Is he swamped with work? Get him his favorite meal. Go for his needs and wants and surprise him with it. This will prove to him that you can act on your own and support him at the same time – both essential to being “girlfriend material.”

“Can you help me with this?”

Don’t forget to tap his hero instinct and get him to help you with stuff, whether physical, emotional, or mental issues. 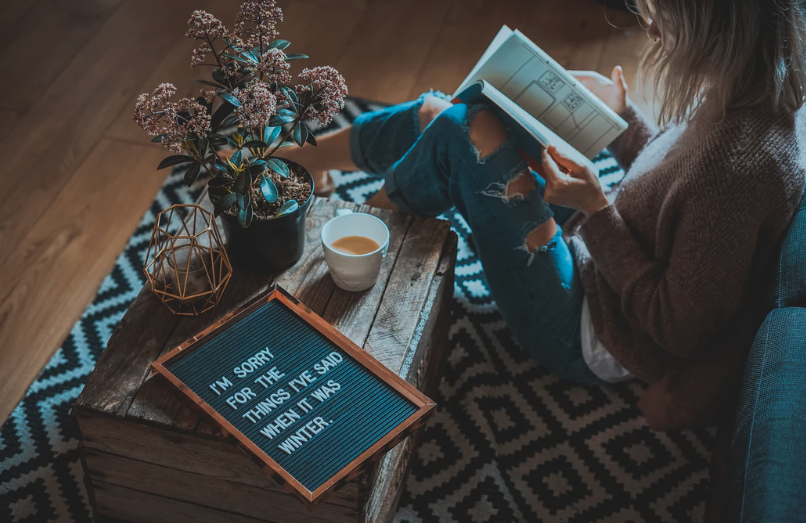 Are women never wrong? Prove him wrong by saying these two words and show that you really mean it. After all, humility is one of the most becoming traits in anyone.

Lastly, empathy. Do you feel like he needs something but you’re not so sure? Let him know that you’re concerned and you care and want to help.

Related Article: 9 Subtle Signs That He Wants You to Be His Girlfriend! 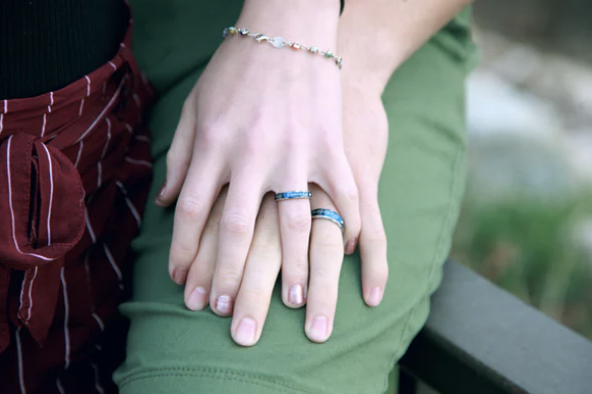 Breakthrough his strong facade to see that he wants you 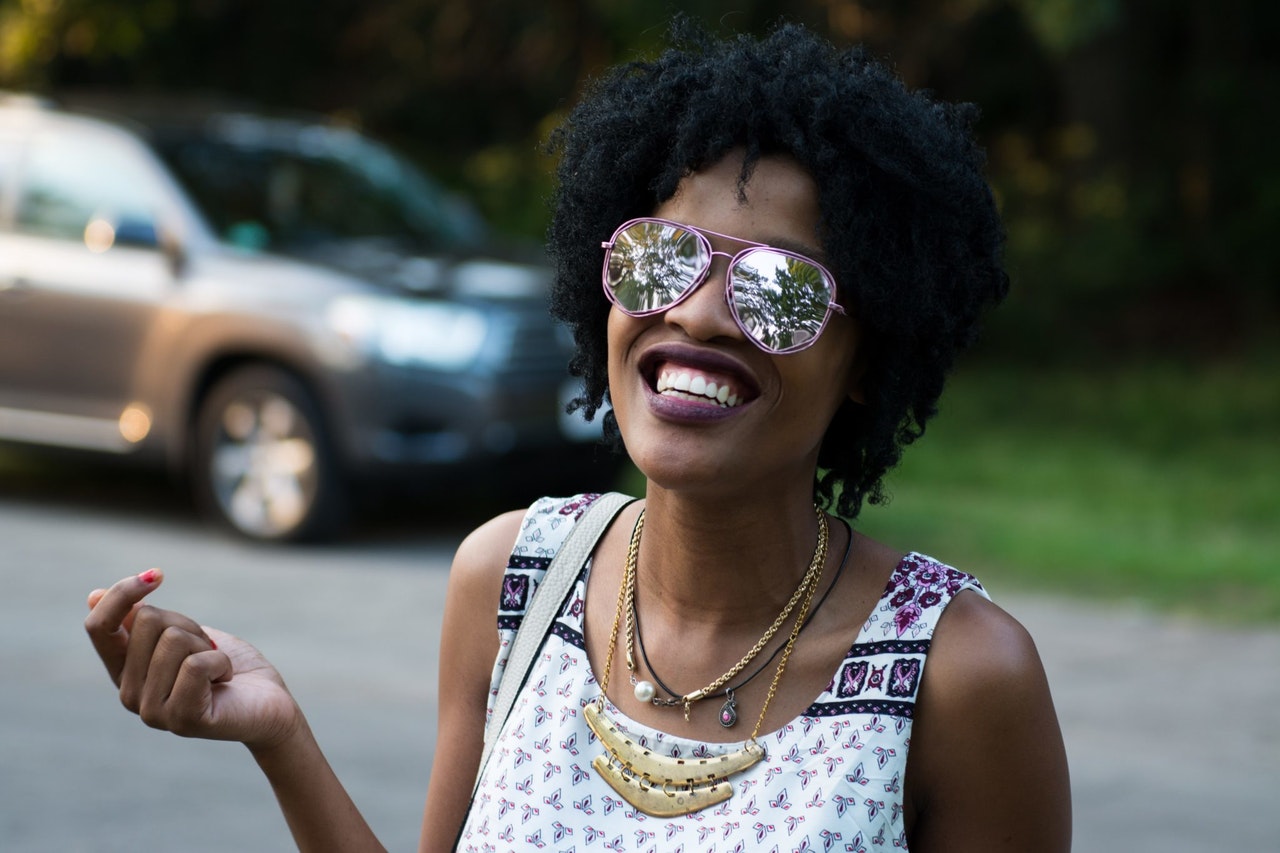 Mix all of that together in a bowl, and you have yourself a tried-and-tested plan to getting a guy to like you and even ask you out – all without changing who you are, all the while mastering key skills in life such as empathy. It’s like hitting multiple imaginary birds with one stone!