Are you currently seeing someone, the sparks are flying left and right and the butterflies fluttering all over your stomach every time you're together? You're hoping for more. You definitely want more than to be someone he's just dating. But does he see you as girlfriend material? Do read on if you need some confirmation.

The Beauty of Newfound Love 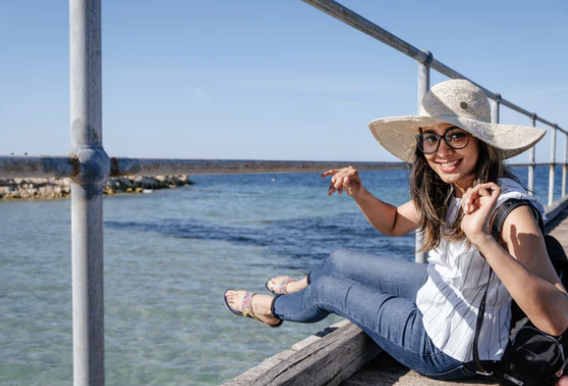 Ah, young love. It's better than a moist chocolate cake and a salary increase (maybe). Meeting someone new and clicking so well you sometimes wonder if you've met before stimulates such bliss and excitement in us that's way better than any drug. You feel so much desire - physical, emotional, and mental - that it's not difficult to start thinking long term.

At the same time, newfound love could also scare the bullocks out of someone who feels like things are moving too fast. Either way, this article is meant to gauge where you are at, in terms of becoming a potential girlfriend.

Are You Ready To Be a Girlfriend?

First things first, are you ready to take things from a dating stage to one that involves commitment? Relationships take work, time, and energy. There are compromises and sacrifices to be made. Things won't always be sunshine, lollipops, and rainbows like how they are now. You will discover traits about the guy that would get on your nerve. Can you accept those?

This is not to get you scared or turned off at the whole idea of being a girlfriend. It would be unfair for the guy and you if you proceed unreadily. Saying yes to becoming a couple just so that you won't be alone is also not fair for him. He might be expecting lifelong commitment while you're on a different page.

If you're ready as can be to become a girlfriend, then watching out for these nine subtle signs would work in your favor.

Laying the Foundation to Asking You out Officially 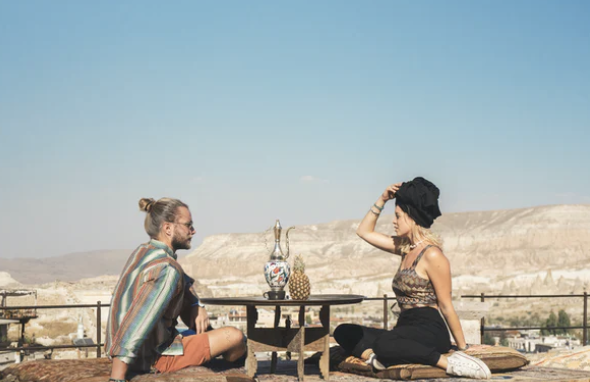 One more thing to consider: the timeframe of things. You might have only met and are in the getting-to-know-each-other stage, or you've gone out the past few months, and things are getting serious. It's essential to take the following subtle signs if he wants you to be his girlfriend with a grain of salt.

He might be showing them, but it's too early to expect anything as these might just be his way of easing into the stage of taking things further. You wouldn't want to misunderstand the situation and urge him on, only to end up disappointed in the end. Either way, it's best to enjoy the moment because a guy expressing the following is exciting.

Without further ado, here we have the nine subtle signs that prove he wants you to be his girlfriend.

1. The obvious calling and texting 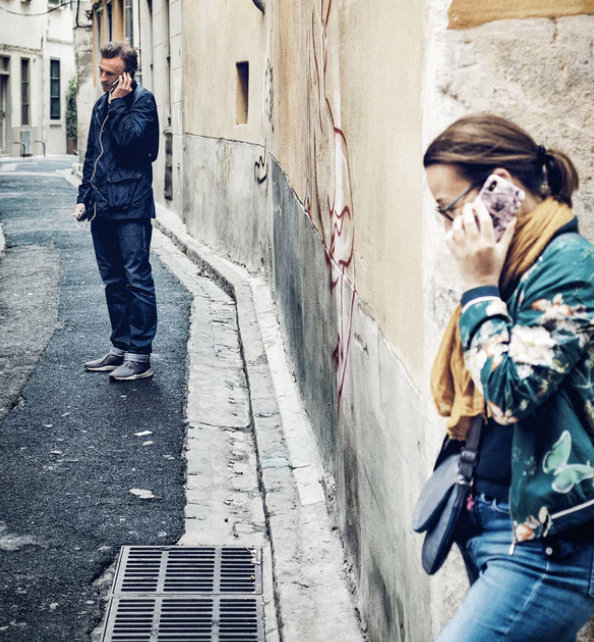 Men are simple creatures wherein they will pay attention to things (and people) that interest them. So if he messages or calls you regularly, it means he finds you worth his time. Gauge also the timing of his replies, the faster, the better. And if he's busy and couldn't get back to you asap, he will let you know.

Communication is, and will always be, the foundation of a successful relationship. A guy who keeps in touch with you is someone preparing the ground as he sees what you both have to be a worthwhile investment.

2. There are plans being made

Beyond constantly keeping in touch, when a guy makes plans to meet, then he is definitely looking at making your potential something into a relationship. We're talking dates, dates, dates: the flowers, chocolates, the works. He sees you as someone crucial and essential in his life; therefore, he makes as much time as possible to be with you. Plus, there are still many guys out there who make asking someone to be his girlfriend something date-worthy.

Want to know if he's about to ask you to be his girlfriend? Gauge if he's opened up to you. If he's become vulnerable, shared his secrets, talked about his past, and made it a habit to let you know his feelings, then chances are, he trusts you. Guys don't usually open up about these things even with his guy friends, so this is a sign that you are different and technically would be the chosen one.

4. There are future talks 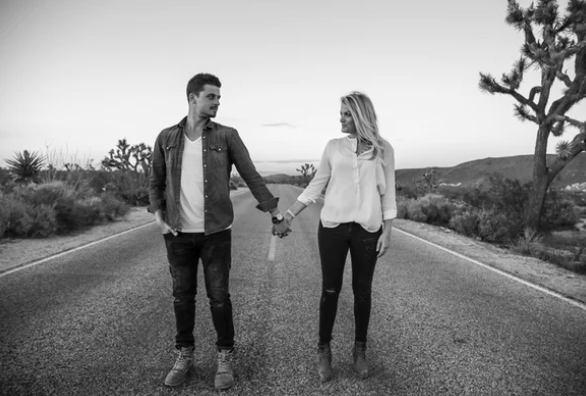 This one is easy. When he talks about the future with you, this means he does see you in his future, and not just as a friend or wingman. Let's say you're both watching a movie and he blurts out wanting to visit that particular place with you in the future or makes plans to go to an upcoming concert together - you've got yourself someone thinking long-term.

And we're not talking about a direct, "You're the woman I will marry," as these statements tend to be subtle but pack a lot of meaning.

5. He introduced you to people in his life

Another sure sign he sees you as something more than a fling or five-dates kind of gal is if he introduced you to his friends, and best of all, his family. Take note that this can also be future-tense, wherein he tells you, "I can't wait for you to meet my sister," or something along those lines. You can even add no.2 with this one, and you've got some blaring signals of what's to come.

Asking questions is a sign of interest. And the more a guy does it with you, the more you can tell he is looking for something. He might be asking all these questions to get to know you, to catch a glimpse of your past, or even ask about your exes indirectly so he can gauge what happened and where he can be better. This shows he is keen on taking that role by asking and testing the waters. Plus, it's a quick and easy way to check if he's your type.

A guy asking you questions about your past is also a way to gauge if you're emotionally ready for a new one. Use this as a heads-up in case you're not there yet. 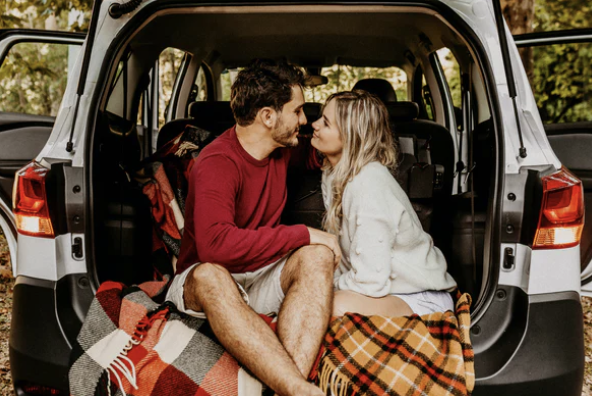 With all those moments hanging out and plans being made to hang out, there's no denying that those instances were time well-spent. Take a step back and see if you're spending more and more time together, whether physically or virtually. If the answer is yes and you're sure there's romantic chemistry there, then you're on the path of being a girlfriend.

When a guy is protective of you, it means he already perceives you as "his property," although not in an inconsiderate way more of someone he holds near and dear, therefore, he must protect you at all costs. If you rant about someone or something and he actually does something about it, then in his mind, he already has "that" status in your life. You go to him for help. He rescues his damsel in distress. 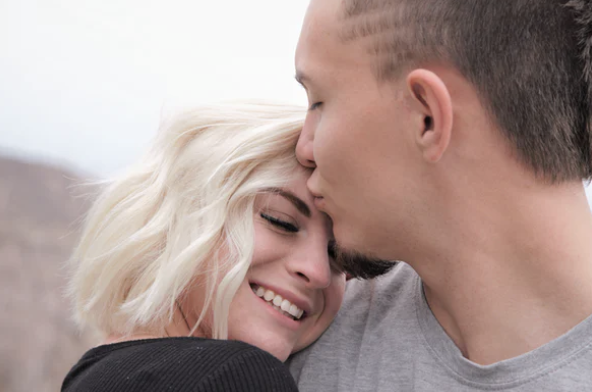 "You're so beautiful"… "I am really lucky to have met you"… "You're the best, you know that?" are a few of the common statements that leave a man's mouth, one that is in love and hopes to have you in his life forever. He can't help but shower you with compliments, especially at the start of a budding relationship, because you are the sun in his eyes, and he wants you to continue being so.

Related Article: How To Talk Dirty To A Man And Make Him WANT You 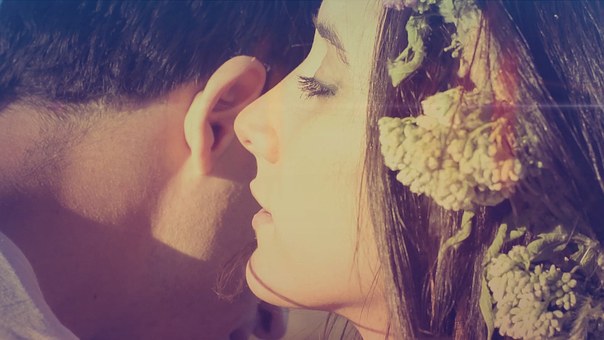 10 tried and test ways to make him want you desperately

And there you have it, quick and easy ways to gauge if a guy you're seeing is going for something more in the relationship. Of course, as mentioned earlier, these signs need to be taken with a grain of salt, and banking on one action alone does not automatically mean he's about to ask you to be his girlfriend. However, the chances do increase the more signals he portrays. New relationships are always something exciting and fulfilling, so, here's to wishing you all the best!