What is the Secret Obsession About

Secret Obsession is an American psychological thriller movie that was released in June of 2019 on the popular streaming platform, Netflix. It stars Brenda Song, Mike Vogel, Ashley Scott, and Dennis Haysbert and has been directed by Peter Sullivan. The movie opens with a woman (Brenda Song) getting in a terrible accident and waking up in a hospital bed with no recollection of her past life. A man (Mike Vogel) sitting next to her bedside, introduces himself as her husband, Russel Williams, and tells her that her name is Jennifer.

He shows her pictures from her past life and cares for her during her recovery. She readily trusts her husband because she is suffering from trauma-induced amnesia and remembers nothing on her own. A hardened cop, Detective Frank Page (Dennis Haysbert), however, has his suspicions about what happened at the night of the accident and pursues the case with a hunch that something fishy is going on under the surface of it all. He doesn’t trust the man who claims to be Jennifer’s husband from the get-go from his tortured cop intuition.

Meanwhile, the couple moves into their secluded home where things start to slowly but steadily get a little crazy. The thriller is a bit on the nose for highly seasoned fans of psychological thrillers because of dramatic music and an overdone sort of screenplay setup. Having said that, the movie’s characters show depth and Mike Vogel’s acting pulls the film together like anything. The storyline is very twisted and gripping and pulls you in and takes you on a dangerous ride! Secret Obsession has a Rotten Tomato rating of 29% from 17 reviews.

If you are one of the people who enjoyed Secret Obsession, then you are in for some luck because we are about to give you eleven exciting psychological thrillers much like Secret Obsession that you should binge with friends and family!

11 Movies to Binge on That Are Similar to Secret Obsession

Velvet Buzzsaw is a satirical horror and thriller movie starring Jake Gyllenhaal and both written and directed by Dan Gilroy. On Rotten Tomatoes it scores a 61% rating from 180 reviews but those who have loved the movie, have loved it deeply and passionately. The show is set in Miami, with a jaded art critic, played by Jake Gyllenhaal, who attends an exhibition at a gallery where his friend Josephina works. Josephina upon returning to her apartment building finds a dead man named Vetril Dease and a treasure of his paintings that have been partly destroyed. Josephina steals the paintings and it turns out to be a huge success when the gallery exhibits them.

What follows is an evil secret about these mesmerizing works of art that redefine what it means for artwork to have its agency. Gory and strange, this movie is great for anyone who gets a kick out of twisted suspenseful screenplay!

Released in 2020, this psychological thriller is for people who get a kick out of stalker stories and suspenseful dangerous situations that people in these thrillers find themselves in. A woman in a marriage in stasis, meets an old friend and almost cheats on her husband but stops herself. Little does she know this almost mistake will cost her in a big way, as the man she has this brief encounter with turns out to be thoroughly obsessed with her – in a dangerous way! Rotten tomato rating for Fatal Affair is at 18% from 33 reviews.

Released in 2018, Greta is another very popular psychological thriller directed by Neil Jordan. It follows the story of a young girl who befriends a lonely widow, but their relationship takes a turn for the worse when the latter gets twistedly obsessed with Frances McCullen (played by Chloe Grace Moretz). Greta has a Rotten Tomato rating of 60% from 269 reviews.

Before I Go to Sleep is a mystery psychological thriller released in 2014 starring Nicole Kidman. Similar to Secret Obsession in how it sets the stage but quite different and more complex in its storyline, Before I Go to Sleep revolves around a woman who has short term memory loss and is fed a version of the truth every morning. As she uncovers the lies, the plot thickens. Before I Go to Sleep has a Rotten Tomato rating of 37% from 269 reviews.

Some family conflicts and a lot of obsession, this film features Beyoncé Knowles and is an interesting watch. Obsessed has a Rotten Tomato rating of 19% from 90 reviews.

An old but gold American psychological thriller is The Roommate. It is sure to freak out anyone starting college as it depicts a girl whose roommate becomes a little bit too obsessed with her. For people looking for creepy stalker movies, look no further, it does not get better than this! The Roommate has a Rotten Tomato rating of 4% from 85 reviews.

By far, one of the creepiest psychological thrillers out there, Gerald’s Game is a thriller to put thrillers to shame. With its eerie cinematography and spine-chilling screenplay, this movie is sure to make any and everybody uncomfortable, even the seasoned horror fans. Gerald’s Game has a Rotten Tomato rating of 91% from 76 reviews.

Hush is a creepy psychological thriller about a young woman living alone who is held hostage by a creepy murderer. The suspense and the gore are perfectly balanced and not overdone. The movie is guaranteed to make the hairs on your body stand up in anticipation as the murder calmly baits his deaf prey who fights for her life with everything she’s got! Hush has a Rotten Tomato rating of 93% from 40 reviews.

A 2019 Netflix film that is not only a great commentary of society’s organization but also a chilling and disturbingly suspenseful movie about a food-based experiment in inequity. It is sure to give you chills and also make you reflect. The Platform has a Rotten Tomato rating of 80% from 89 reviews.

The plot of The Perfection follows a talented young pianist who befriends and share intimacy with a girl called Lizzie. What follows is the creepiness of the highest order and the trailer alone is sure to send chills down your spine. Perfection has a Rotten Tomato rating of 72% from 92 reviews.

Bonus: Books That Are Similar to Secret Obsession

If you are more of a book person than a film person, we have some recommendations for you as well. There are many books in the genre of a psychological thriller with a concentration in stalking behavior and obsessive attachment. Some books about stalkers and obsessives that are similar to Secret Obsession include You by Caroline Kepnes (which has also been transformed into a hit Netflix show by the same name), Looker by Laura Sims, You all Grow Up and Leave Me by Piper Weiss, Eileen by Ottessa Moshfegh and My Education by Susan Choi. 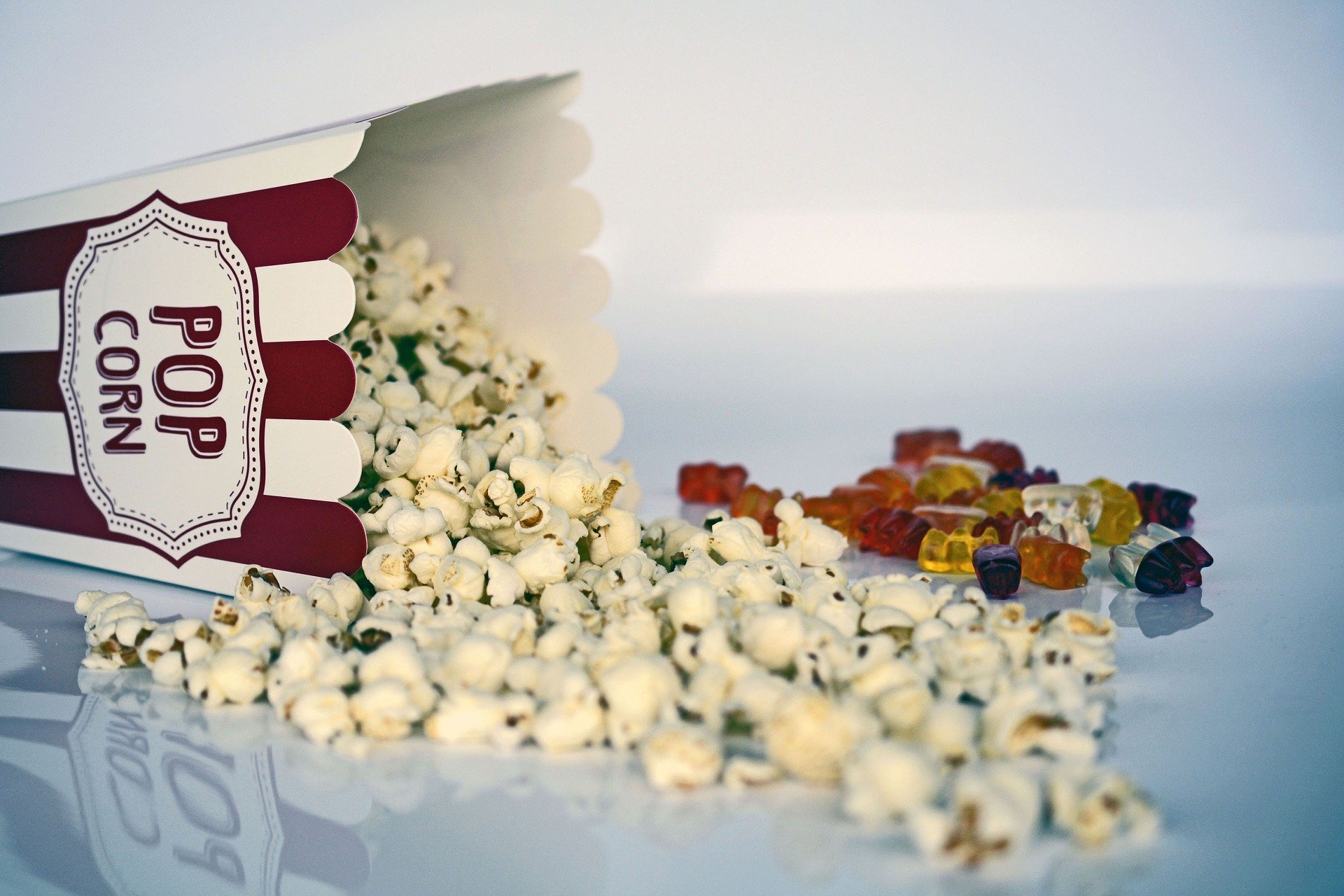 Can’t get enough of Parasite? 10 similar movies to binge-watch

Psychological thrillers, horror films, and themes of stalking and obsessive attachment are sure as hell not for everyone; some people don’t understand why people would sign up to watch movies and read books that are designed to make them uncomfortable. But it’s the same thrill-seeking, adrenaline chasing feeling that makes people pay to sit on roller coasters. We all need some spice and some thrill in life. So, if you have been looking to binge such spicy, dangerous, creepy, and exciting books and movies, we have got you covered! This wide range of movies is sure to tickle palates that enjoy gore, horror, thriller, slow-burn, and suspense! You are sure in for a bumpy ride my friends. So, what are you waiting for? Buckle up, saddle up and let the psychological thriller bingeing party commence!