There are more than seven billion people in the world spread across six habitable continents that are separated by vast oceans. If that’s still not fathomable, let's expand: The human species has been walking the earth for some six million years. Now think about the odds that you’re here in this time, alive and an adult at that.

The phrase ‘right person, wrong time’ has been used so many times: a friend explaining why she and that guy that was just perfect for her broke up, a guy telling you why it won’t work out long-term for you guys, or even you explaining to someone why you’re letting them go. This statement implies having met the perfect one for you, but the timing’s all wrong.

1. Are in a relationship 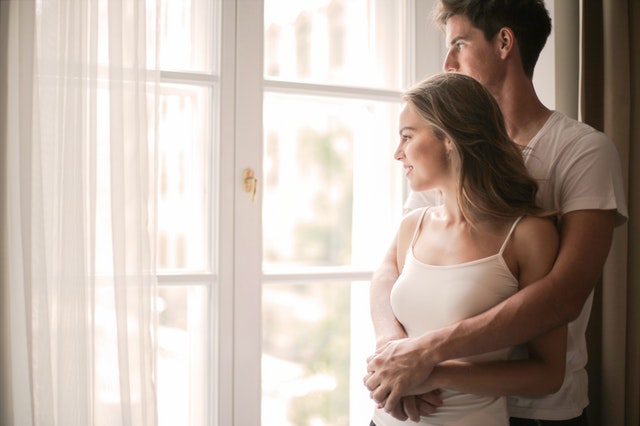 Being in a relationship and then meeting someone that makes you question your commitment is hard. For most people, they find themselves connecting with someone other than their partner but decide not to go any further because they already got someone but it would have worked perfectly had you met sometime in the past.

Here’s an idea: if you ever think your current partner is replaceable, that’s probably because in your heart you never thought he was the right one. 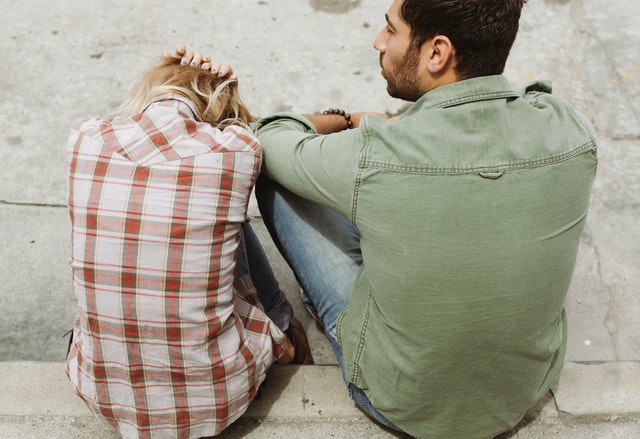 Sometimes where we are emotionally or psychologically stops us from getting in a relationship no matter how perfect we think the match would be. The loss of a previous partner or dealing with some emotional ordeal may make you feel like you don’t have it in you to share your world with this man that makes your stomach do backflips. 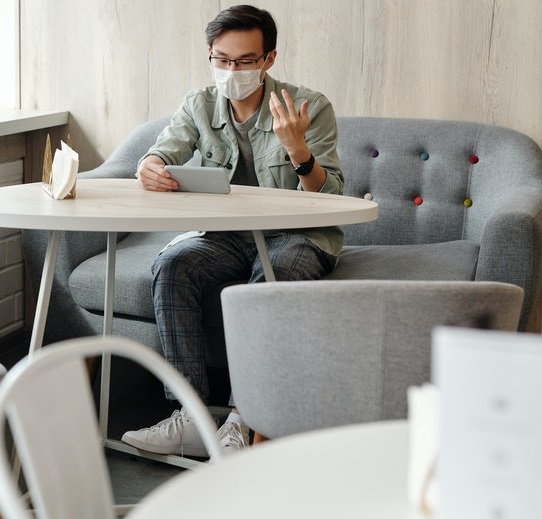 Most people I know prefer not to do the whole long-distance thing even if they feel some strong feelings for their partner. Being separated by state borders or even worse, oceans and continents have been a contributor to many relationships dying out because who wants to do the whole distance thing?

People tend to date within the confines of their current ideals and standards. For example, you may be needing a little thrill in your life so you end up dating an adrenaline junkie that’s not afraid of pushing any limits. Or you’re looking for a little peace and tranquility so your partner ends up being a really chill dude. You may meet someone, but because they don’t fit into what you’re looking for at the moment, they end up being a case of wrong timing. 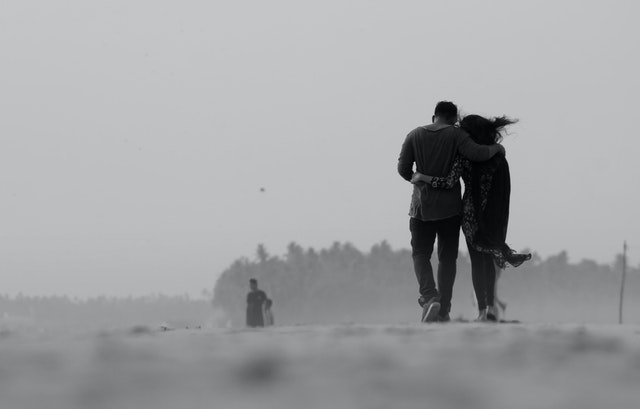 I’m sure you’ve given this as an excuse or have had it used on you. The case of other life commitments coming in the way of what would otherwise be It. School, work, and sometimes crazy family dynamics have been used as an excuse to put a stopper on a relationship.

You can plan the perfect future but there is no right time or place for love. It tends to follow its own path and most times will be the biggest inconvenience. This is a bitter pill for some and some may even consider it radical but these are all excuses we tell ourselves to stop us from going after something. If the right person came along, time and all the excuses would melt into nothing because, with the right one, time is forever. It is now, tomorrow and the future blending together so it doesn’t matter when you make the jump, it just is.

Signs That You Can Make Things Right 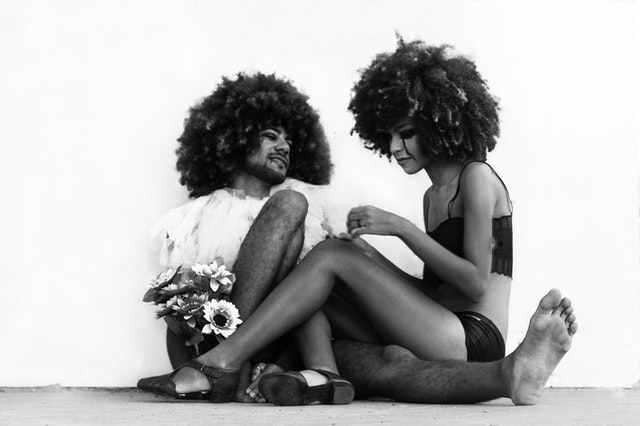 There are so many things that can distract us from seeing the truth that’s right in our face. When that guy is the one person for you.

6. feelings are here to stay

Maybe you’ve known this guy for a while and have had the silliest crush on him but no matter who you date, or how far apart you two are, your heart still carries a burning torch for him and when he’s near you it feels a little like coming home. 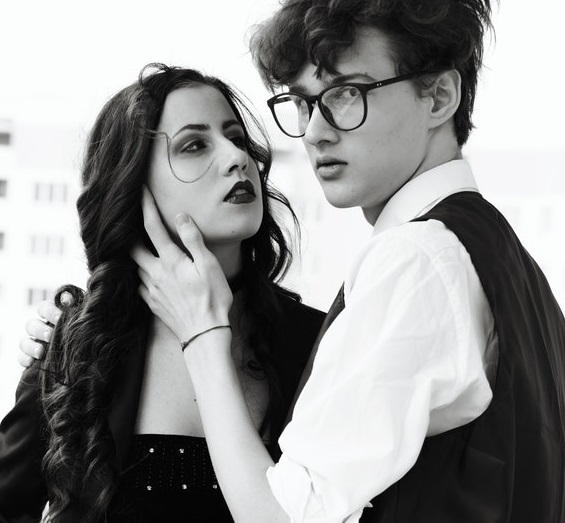 All those plans of the future that you made, that ideal guy that you’ve always held a candle for don’t matter anymore. Your whole life may be turned upside down but you may not even notice it because being with him feels like that was the plan all along.

I once read a story about a girl that would find the weirdest reasons to not commit to a relationship but once she got with her person, every decision she made seemed to be made outside of herself. Like it already was and she just had to do the motions of it, including moving to a whole new state in her motorcycle. It’s almost as if your mind isn’t involved in any decision making because you already know where you’ll ked up.

9. You see the future long-term 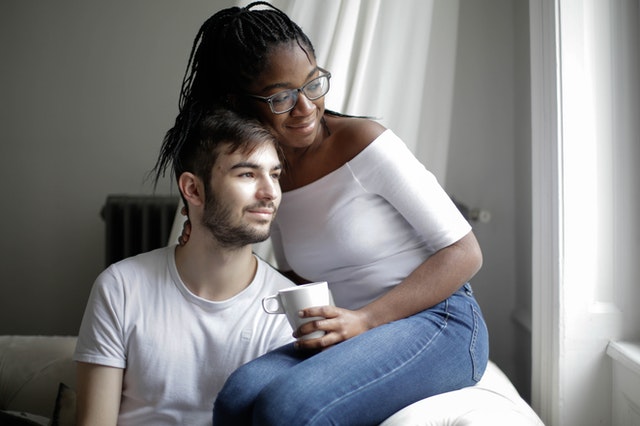 You see yourself being with this person for a long time to come. As it is, you’re already making long-term plans ad planning a future together and it doesn’t matter the things that may hinder you because you know you’ll find a way to make it all work.

10. Being apart is not an option

Like the girl in the story crossed state borders on her motorcycle to get to her partner because being apart was not an option, you may find yourself doing some considerably crazy things to be together. It may not be moving to an entire country but being apart just doesn’t feel right. 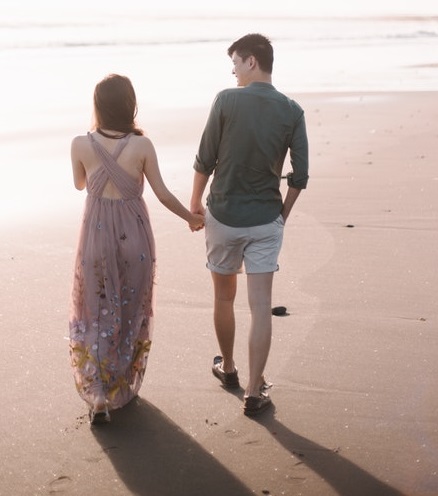 The reason you’ll be willing to do all these crazy things, turning your life upside down, and all is probably because being with this human feels right. It’s not about being caught up in the moment or doing things on a whim. In fact, it may feel like calm, no skipping beats or deep infatuation.

There can never be a wrong time and if you’re feeling like it’s the wrong time it’s the wrong person. The right person is the plan. You don’t make excuses. They are the ones you drop everything else for without even thinking about it or having a plan sometimes. It’s not a spur of the moment either, it is a calm decision made from someplace more than you.

Signs That You Have To Give This Up 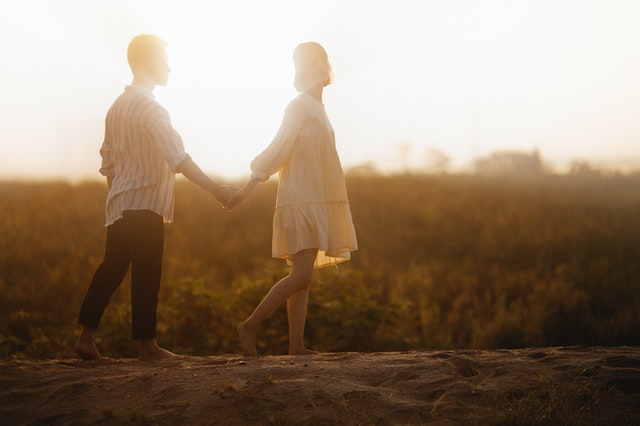 At a crossroads on whether to keep fighting for that right person or give up entirely, you can take a few things into consideration to help you make your decision.

If you don’t see yourself spending the rest of your life with this man, then it is best you give up the relationship and set him free to find his own path. It might be a hard decision to make especially if you’ve been together for a long time but stringing him along is selfish as you’re robbing him of his chance to meet someone for him. 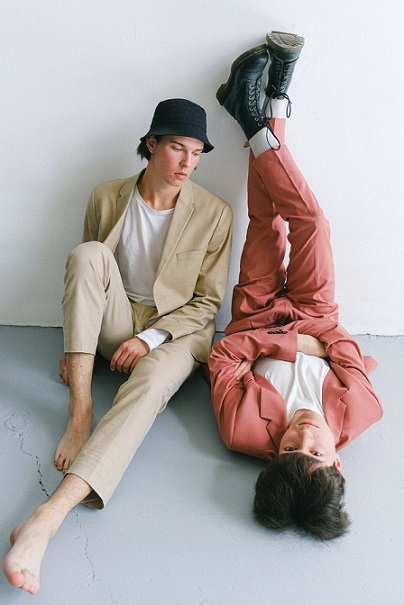 Whether you’re looking for something just casual or a more sustainable partnership, make sure that you’re both on the same page in terms of where you are to avoid wasting each other’s time.

When you’re settled and fully committed to a person, you won’t question what they mean to you, or if you should break up now or later. If you constantly find yourself in a state of questioning the relationship and panicking when you think about your future with your current partner, he’s the wrong one. 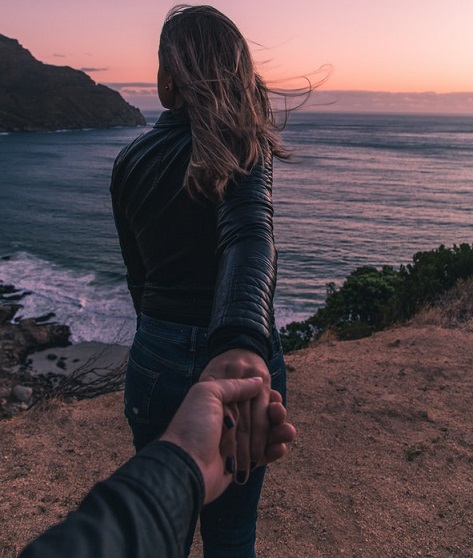 Coming up with excuses to get out of hanging out with him or putting off visiting him if he lives in another state is a red flag that this isn’t the one. If it was, you’d be out the door while still tying your laces because you get to see him.

Staying Connected and Waiting For A Correct Time

Blaming not trying to make it work on the timing is wrong to make a relationship work is an affliction we suffer from. It is easier sometimes to blame the unknown rather than deal with the real reasons why it won’t work. And in any case, for the right guy, you’ll make it work. Whatever commitments, damage from previous relationships, or ideals won’t hold as much importance a wanting to e with this person will.

Sometimes, you may know that a certain someone is the one for you but he doesn’t know it yet. In a case like this, you can choose to either be patient and wait for him to see it too or you can completely let go and move on with your life because sometimes the universe feels the need to interfere and make paths cross like they’re meant to. 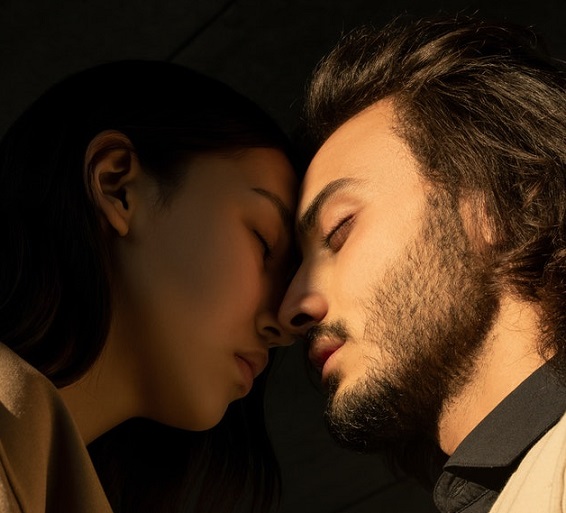 The right person will be aligned with your core values. Always operate from a place of authenticity and honoring your values, not fear. Be emotionally and psychologically ready to receive and view your partner as a human being and not as a physical manifestation of your current needs. Don’t let fear guide you into settling for what is convenient at this time and instead have the courage to take that step, that leap into connecting with the right person.

Related Article: 7 Signs from the Universe that Someone is Thinking of You 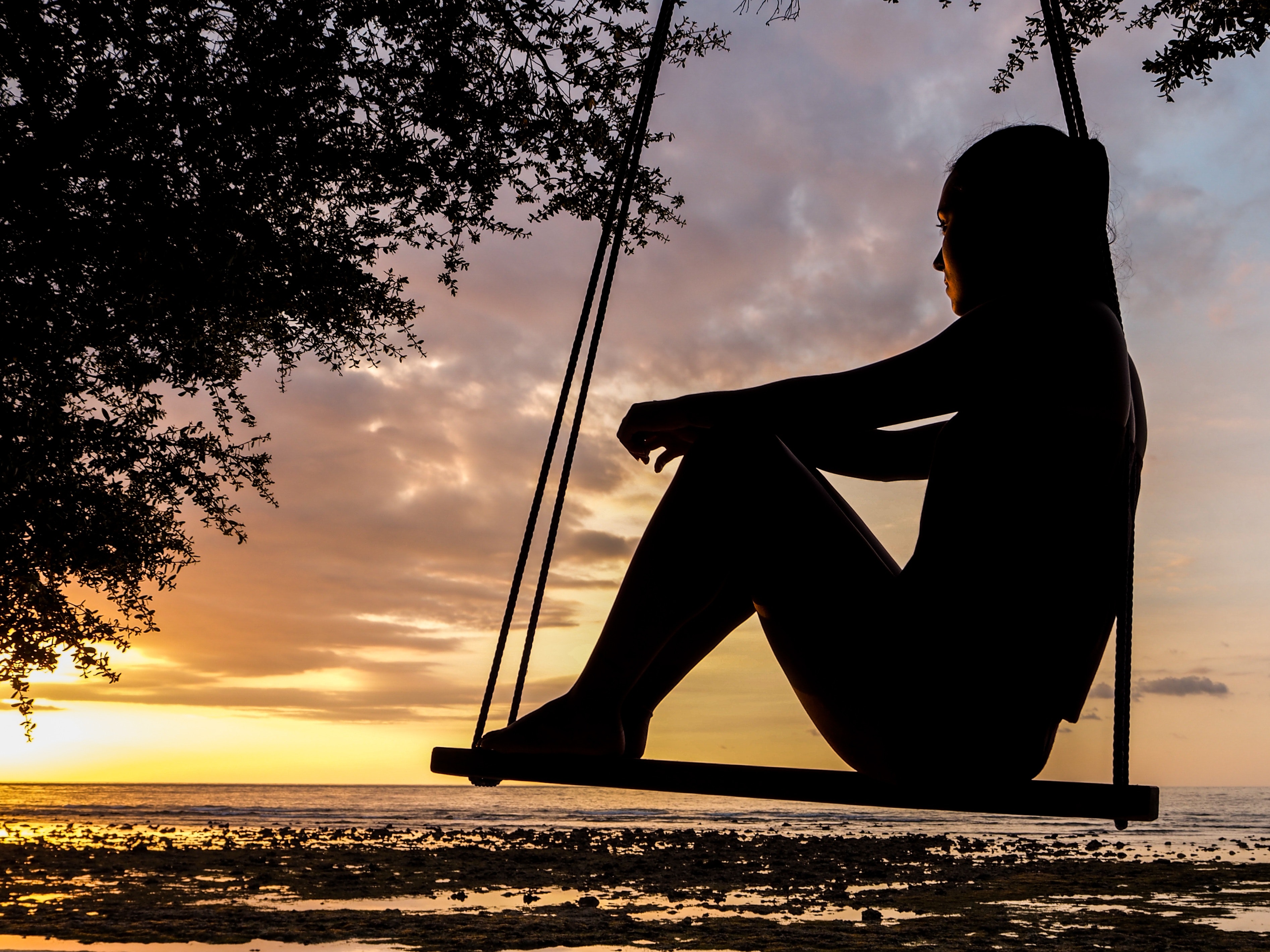 Is you right or left nose twitching? Images popping up your head

Time will not wait for the right person. In fact, time is not even a factor. It doesn’t matter what the past was, or what future plans were. You’re both here at this moment. In this age at exactly the same time, against all odds. If that isn’t time aligning itself so you can be with your right person, I don’t know what is.