Back in Laurence Fishburne's Days

Young and Filled with Dreams

Born on July 31, 1961 in Augusta, Georgia to Miss Hattie Bell, who worked as a junior high school math and science teacher, and Laurence John Fishburne, who was a juvenile corrections officer, the actor Laurence Fishburne had a semi-traditional life until his parents divorce. Then he moved to Brooklyn, New York to be raised by his mother. In New York City, Laurence Fishburne attended and graduated from Lincoln Square Academy, which closed in the 1980s. 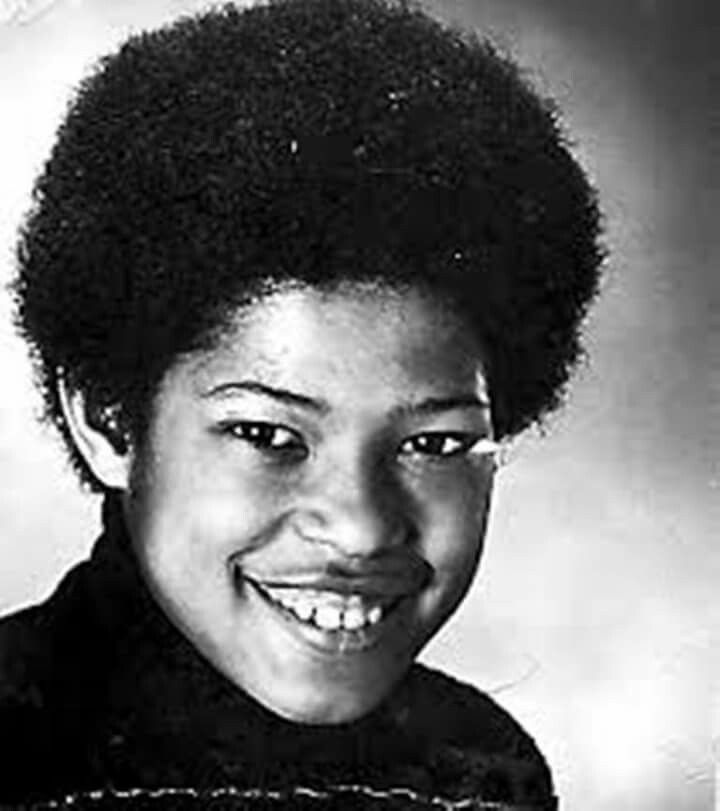 A young Laurence Fishburne smiles in his school photo unbeknownst to him that he'd be one of Hollywood's top rated actors in his lifetime.

Off to Hollywood at a Young Age

The career of Laurence Fishburne began in a tiny theater in Manhattan where he participated in a play called "In My Many Names and Days". After his appearance in the play, Laurence Fishburne took the role of actor seriously considering himself to be a "working child actor" instead of the typical title of "child star" deemed on young actors of a certain age. Laurence Fishburne went on to act in "One Life to Live" for three seasons and later in his first big break "Cornbread, Earl, and Me".

The Matrix, Black-ish: Movies and TV Shows of a Star

It All Started with Cornbread, Earl, and Me Movie

The movie Cornbread, Earl, and Me stars Laurence Fishburne, Tierre Turner, and Jamal Wilkes. The movie is based on the Round Fair novel Hog Butcher and premiered in 1975. In the movie, three African-American boys growing up in an urban neighborhood. The role of Cornbread is played by Jamal Wilkes, whose character is the epitome of success for people subject to the lifestyle of the neighborhood. The character Cornbread is the first to attend college with a full athletic scholarship proving Cornbread is not only a good basketball player, but also intelligent. Sadly, Cornbread is shot and killed as the policeman on the scene believes he's caught his culprit. Cornbread's death is an outcry for neighbors and a riot breaks out. Laurence Fishburne's character Wilford is later seen on the stand of the trial for Cornbread's death as an older man. The movie touched many viewers hearts and souls at the time of its premiere and triggered an in depth conversation about police brutality and racial profiling.

In 1979, Apocalypse Now premiered starring Martin Sheen as lead actor and Laurence Fishburne as one of the supporting actors. In the movie, which is centered around the Vietnam War, Martin Sheen plays Captain Benjamin Willard who is on a secret mission to assassinate Colonel Kutz. Colonel Kutz was a renegade who had gone mad. The movie initially received mixed reviews, but later became widely regarded as one of the best movies of all time, with a net worth of $150M.

In rural Georgia lived a young girl whose life no woman envied. Young Celie was an oppressed black woman whose life is on exhibit in the movie The Color Purple, set in the early 1900s. Young Celie is less attractive then her sister Nettie and is sold off in marriage to an elder man (played by Danny Glover). Celie is raped, suffers from sexism, is abused by her husband via domestic and sexual violence, and unfortunately is called "ugly" by a woman she views as her hero. Poor Celie befriends young musician Swain (played by Laurence Fishburne) who always puts a smile on her face and helps her after her drunken husband publicly embarrasses her. The movie received warm reviews for it tackled many issues that pertained to the black community. Overall, the movie grossed $142M in the box office.

What's Love Got to Do with It

Perhaps one of the most controversial roles Laurence Fishburne has played throughout his career is that of Ike Turner. The biopic of Tina Turner's life in the music industry, her suffering felt from her husband Ike Turner's abuse (both physical and sexual), and her triumph to become one of the birthing mothers of rock and roll and pop rock music made this an iconic movie. Young Anna Mae Bullock was born in Tennesse when a young man approached her to lead his music group. The shy, timid, sheltered Anna Mae Bullock only came alive on the stage when she performed. As her musical career reaches new heights, jealousy rises in her husband Ike Turner. Probably on of the most difficult scenes to watch in any movie in when Tina Turner (who'd fully taken the stage name as her proper name on and off stage) is in a limousine with her husband Ike Turner dressed in a polished white suit. The two begin a simple argument which ends in Ike Turner removing his cowboy boot and beating young Tina in the face with it. As young Tina and Ike enter a hotel which they were residing in for a performance later that night, the look on the concierge face is priceless as it displays the shock audience members felt as the camera turns to show the beaten face of Tina Turner. Laurence Fishburne turned the role down five times prior to finally caving in and participating in the movie. According to Laurence Fishburne, he felt the movie was one sided only giving the point of few of Tina Turner. The movie received strong positive reviews and grossed $39.1M.

Higher Learning was one of those movies that created controversial conversations about topics no one wished to talk about. Laurence Fishburne plays Professor Maurice Phipps who is the support system for character Malik Williams, a young college freshman who is experiencing life's many changes. Malik Williams converses with Professor Phipps about race, racial issues on the campus, and the lack of integration between the students. The movie follows Malik William along with Kristen Connor, and Remy (a young shy white man). In one scene where Malik and his female friends attend a party which plays loud music, Remy becomes upset about the loud rap music being played and reports the offense. This small incident creates a domino effect which causes racial tension between most of the characters. In the end of the movie, though Laurence Fishburne's character tries to help bring Malik William into the light, he becomes enraged when young Remy joins a white supremacy/neo-Nazi group. In the end of the movie, Remy is set off and goes on a shooting spree in the school killing Malik's love interest. Laurence Fishburne won an Image Award for the movie, and the movie grossed $39M.

Wake Up with Morpheus (Experience The Matrix)

Young Neo is like any American. He wakes up each day and heads off to work. Unfortunately, unlike most Americans, Neo lives in a world which he perceives to be real. But Neo's world is not real and everything that Neo has ever known has all been a lie. The Matrix is what young Neo had been living in and it was time for a rude wake up call. In the unfortunate future, human beings created sentient beings to make their daily lives simpler and more efficient. These sentient beings took over the world and created what is called 'The Matrix' - a simulated reality that plays in the minds of all humankind while their bodies are subdued and serve as the energy that fuels the machines. As Neo is awakened by Morpheus, he is taken on a reality check tour guide which brings him into the reality of what life had become and the truth behind existence at the present time. Young Neo is trained endlessly by Morpheus as he is deemed to be the savior that will end The Matrix as a whole. The movie had exceptional reception being deemed the best science-fiction movie ever made and grossing $464M. The characters of Morpheus and Neo have been reenacted in parodies in many comedy movies and TV shows. The Matrix became a trilogy, comic series, magazine, straight-to-video movie, and video game. All in all, The Matrix franchise has a net worth of over $3B.

Red or Blue Pill: The Matrix in Rap Music

The Matrix movie was such a phenomena that rap artist are constantly referencing lines from the movie in their music. Here are some samples: “Either she the one or I’m caught in "The Matrix” But forget it, let the Fish-burne Red or green pill, you live and you learn, c'mon!" Jay Z – Excuse Me Miss “Start thinking outside of the box And unplug from the Matrix doctrine” Nas – Sly Fox “Plus currently I prefer the girls who prefer the three C.P.O C.P.O. I think I think I’m Neo I’m caught up in the Matrix and I think it’s time to reload" B.O.B. – So So “Chilling with two girls in here And they tie my laces, living the Matrix As them pills disappear” Kendrick Lamar – The Spiteful Chant “Tell them hatin' brothers "one” like they in the Matrix" Lil Wayne – La La La “I ain’t Usher. I ain’t letting nothing burn This ain’t The Matrix. I ain’t Fishburne” Charles Hamilton – Come Back to You

In more contemporary times, in the hit tv show Black-ish, Laurence Fishburne plays Pops, the father of main character Andre. Pops grew up during harsh times and finds it impossible to accept his son's upper-middle-class posh style. Throughout the tv show Black-ish, Pops and Andre butt heads regarding topics such as parenting, disciplining his children, and of course his bi-racial wife Rainbow. No one has more disdainful feelings towards Rainbow as Andre's mother: the two women just refuse to get along. Overall, the tv show had great reception and has won many awards including Golden Globe Awards for Best Actress in Television Series Musical or Comedy (Tracee Ellis Ross as Rainbow) and MTV Movie and TV Awards for Best American Story.

And the Award Goes To

Keeping it Personal with Laurence Fishburne

The Family Life of Laurence Fishburne

The Importance of Age with Laurence Fishburne