Signs That Another Woman Has a Crush on You 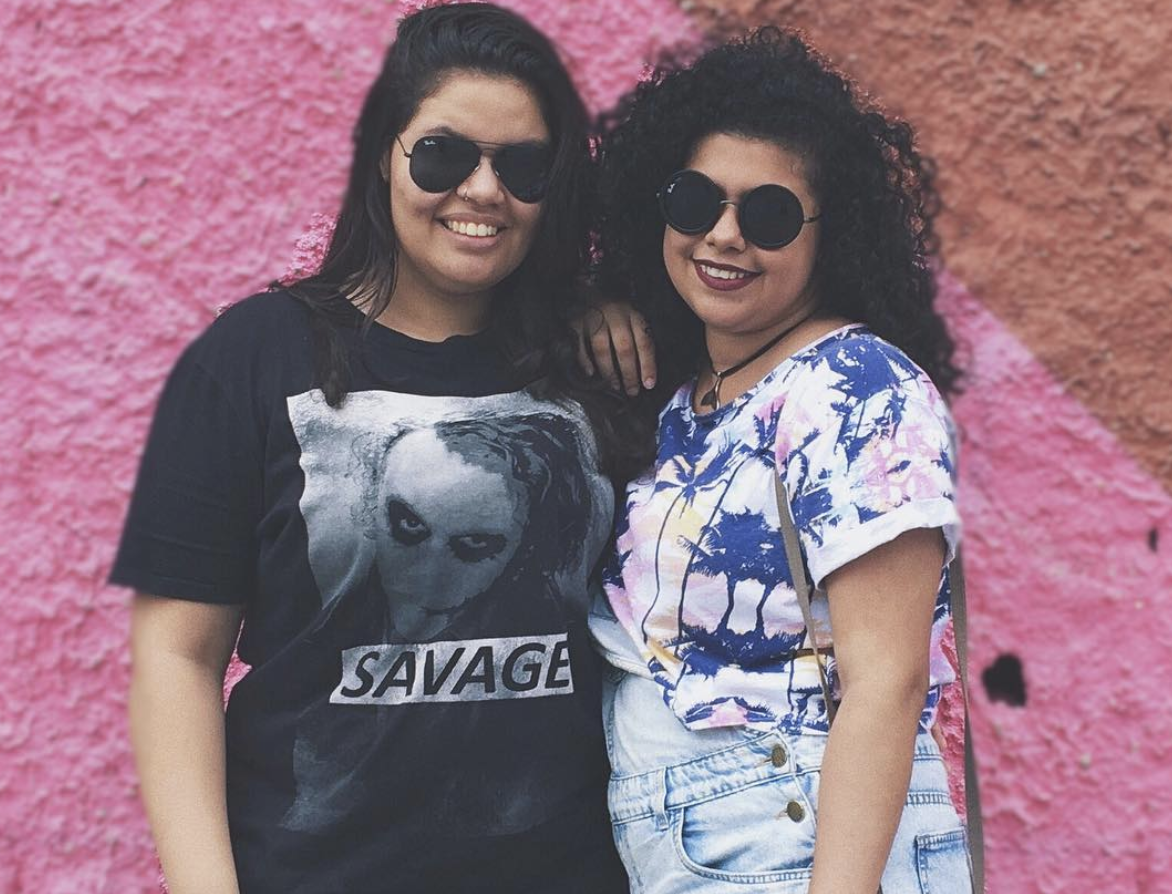 Ideally, when someone has a crush on you, they'll tell you straight up. If another woman comes up to you and tells you that she's interested in you, it takes all of the guessing out of the equation. This is the easiest sign to pinpoint - if she tells you she's interested, then she's probably interested! Unfortunately, it's also the least common of all the signs, but it still could happen!

2. You Can Just Tell

Sometimes when someone has a crush on you, you can just tell. Trust your own intuition, especially if you've been right before. If your gut is telling you that another woman has a crush on you, believe it! Who wouldn't have a crush on you? Whether you act on that intuition or not is up to you, but a lot of people are good at reading and understanding others. If you're one of those people who can pick up intuitively on someone's feelings, that's great - it makes it a lot easier to tell when someone is interested! 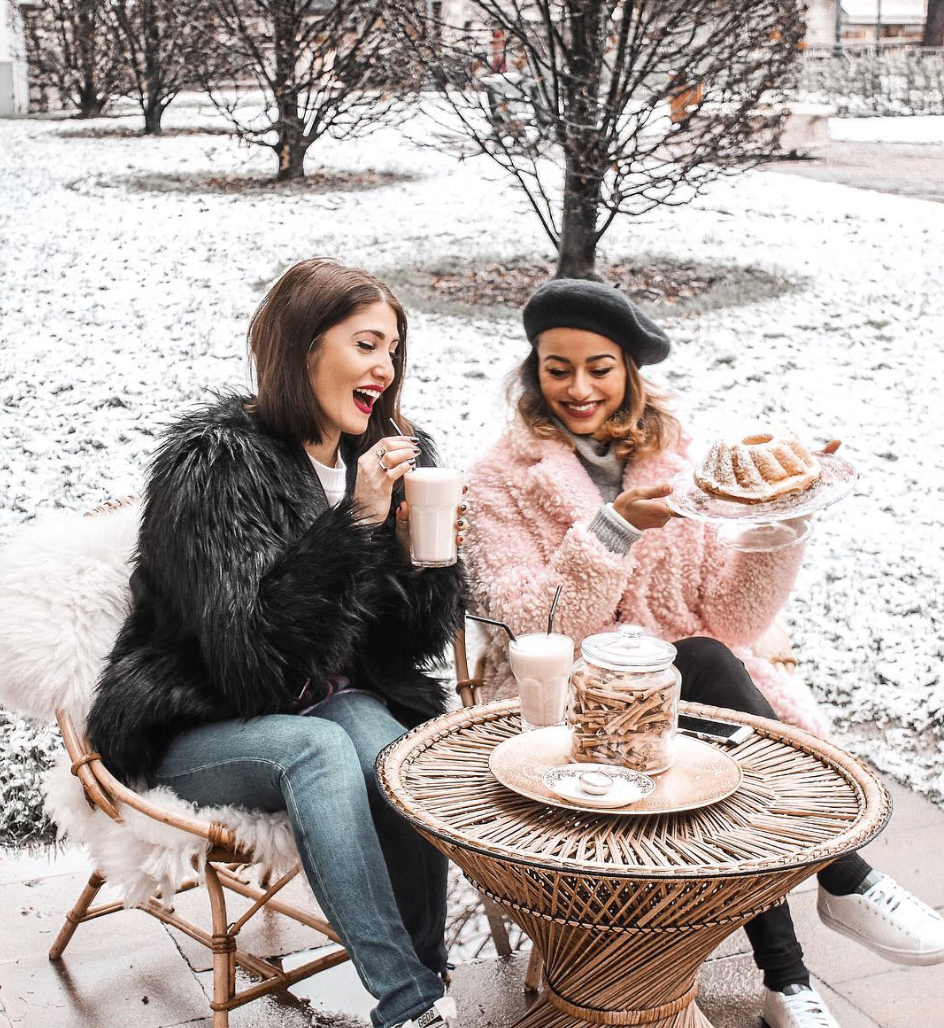 You can't know someone's sexuality unless they tell you. If the woman in question has expressed prior interest in other women before, it's safe to assume she isn't a straight girl. She's probably bisexual or a lesbian or any other number of sexual identities. If you're questioning whether a woman in your workplace or in another spot you visit regularly is interested in you, the first sign to look for is whether or not she's actually interested in women in general. If she is and you notice some of the other signs on this list in her behavior, it's safe to assume that she's probably interested in you!

Whether it be in the workplace, at the gym, or at the grocery story - whenever you see her, she's a total flirt. This is a major sign that another woman is interested in you! A lot of women love to flirt, though. It's more about how she flirts and how often she flirts that will verify that she's interested in a straight girl. If you notice that she flirts with everyone in your workplace, guys and girls, she's probably just a flirt in general. The same goes for if she only flirts you with you every once in a while.

It also matters when she flirts with you. Is she flirting only when you're in a big group, so it's kind of like a show, or does she bat her eyelashes when it's just the two of you? If she flirts for drawing attention, she's probably not interested, but if she takes the flirting to private moments between you, too, then it's a definite sign she likes you! What if the flirting is regular and she only seems to flirt with you? Well, it sounds like she's interested! Seeking you out to openly flirt with you and only you means she really likes you!

It's not about being a flirty person but about who she's flirting with. Targeting flirting is one of the biggest signs that she's interested, and probably one of the easiest to spot! 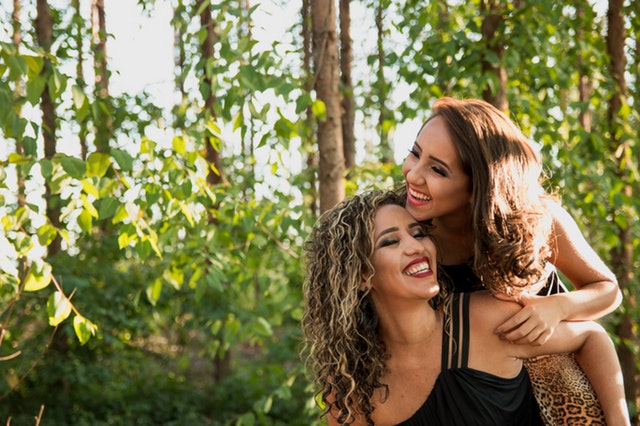 5. She Goes Out of Her Way to Compliment You

It's common for a woman to tell another woman that she likes her hair that way or that her dress is cute. These aren't usually signs that one is interested in the other romantically; she's just being a nice person and giving you a compliment. Just like with being flirty, when a woman is interested in another woman, she's going to make sure that she knows it. This means she'll compliment you more than she does other people and she'll do it way more often. It also means that her compliments will go beyond regular workplace stuff - like, "You did great on that presentation!" - and will dive into more personal things.

She may compliment the outfit your wearing, tell you that you smell good, or say that your hair looks great that way. These are all compliments that can be taken as signs that she's interested as long as she reserves these compliments for just you. 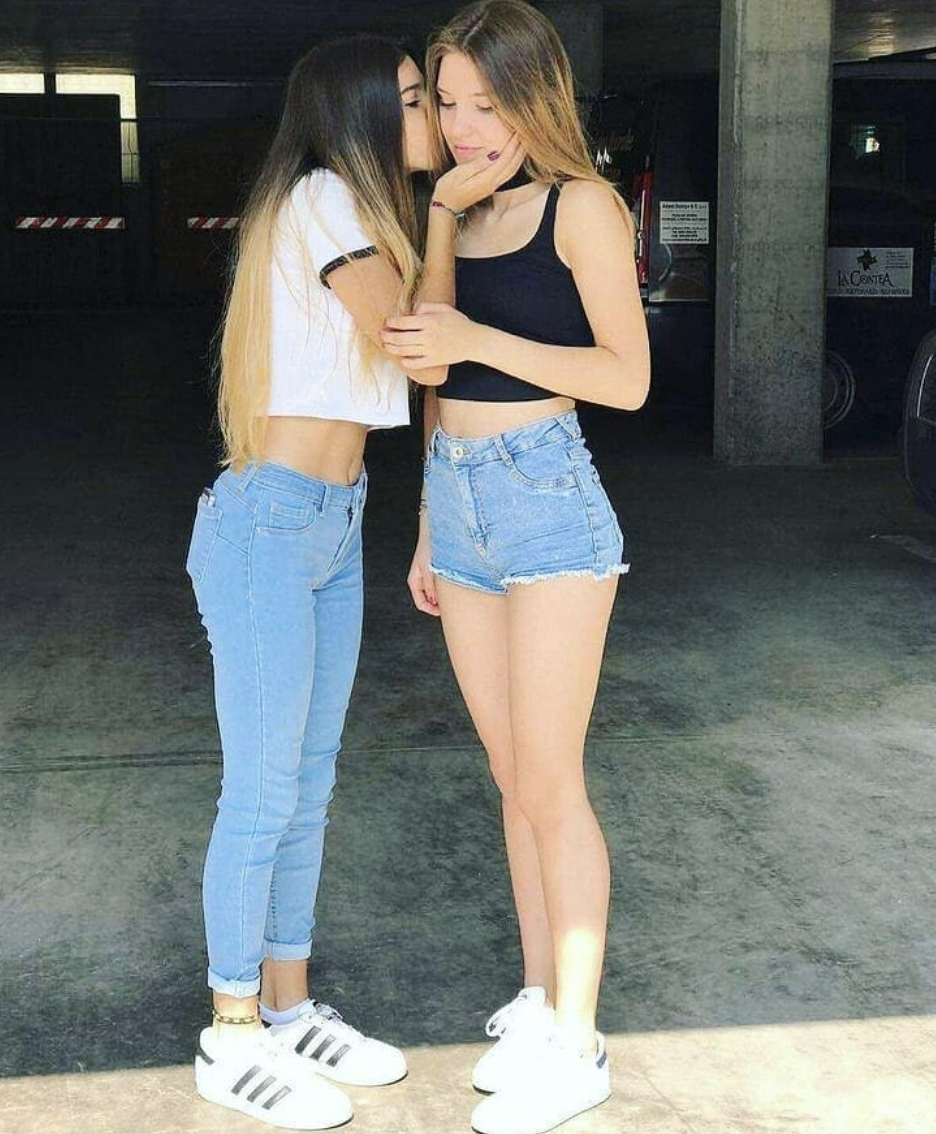 7. She Makes It a Mission to Be Near You 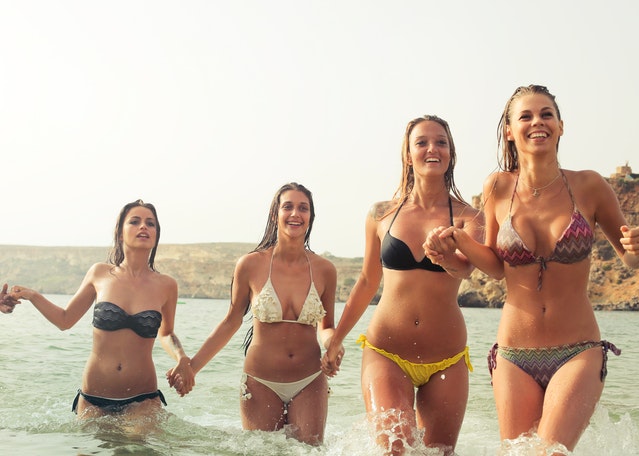 8. Things Get Kind of Awkward

Awkward moments are signs that a woman is interested in another woman. If she gets tongue-tied around you and can't seem to figure out what to say, then it's definitely a sign. A lot of people have trouble expressing their affection in a healthy way, so things become awkward.

When these moments happen, it's best to make her feel as comfortable as possible. Even if you're not interested in her the way she is in you, you don't want her to feel awkward! That would just be awkward for both of you. Just like with many of the signs, the awkwardness has to be unique to her interactions with you. If she's awkward with a lot of people, then she probably has anxiety or is generally awkward around people. If she's only awkward around you, then she's interested!

9. She Tries to Get to Know You

Friends get to know each other. Crushes want to know you on a deeper level, and usually quicker than friends do. If she starts asking personal get-to-know-you questions, it's one of the signs that she's interested. Building a friendship into something more requires a lot of intimate knowledge of the other person, so wanting to know you on a deep, personal level means she's interested in more than being just friends.

Related Article: 18 Makeup Essentials Every Woman Should Own in Their Dresser 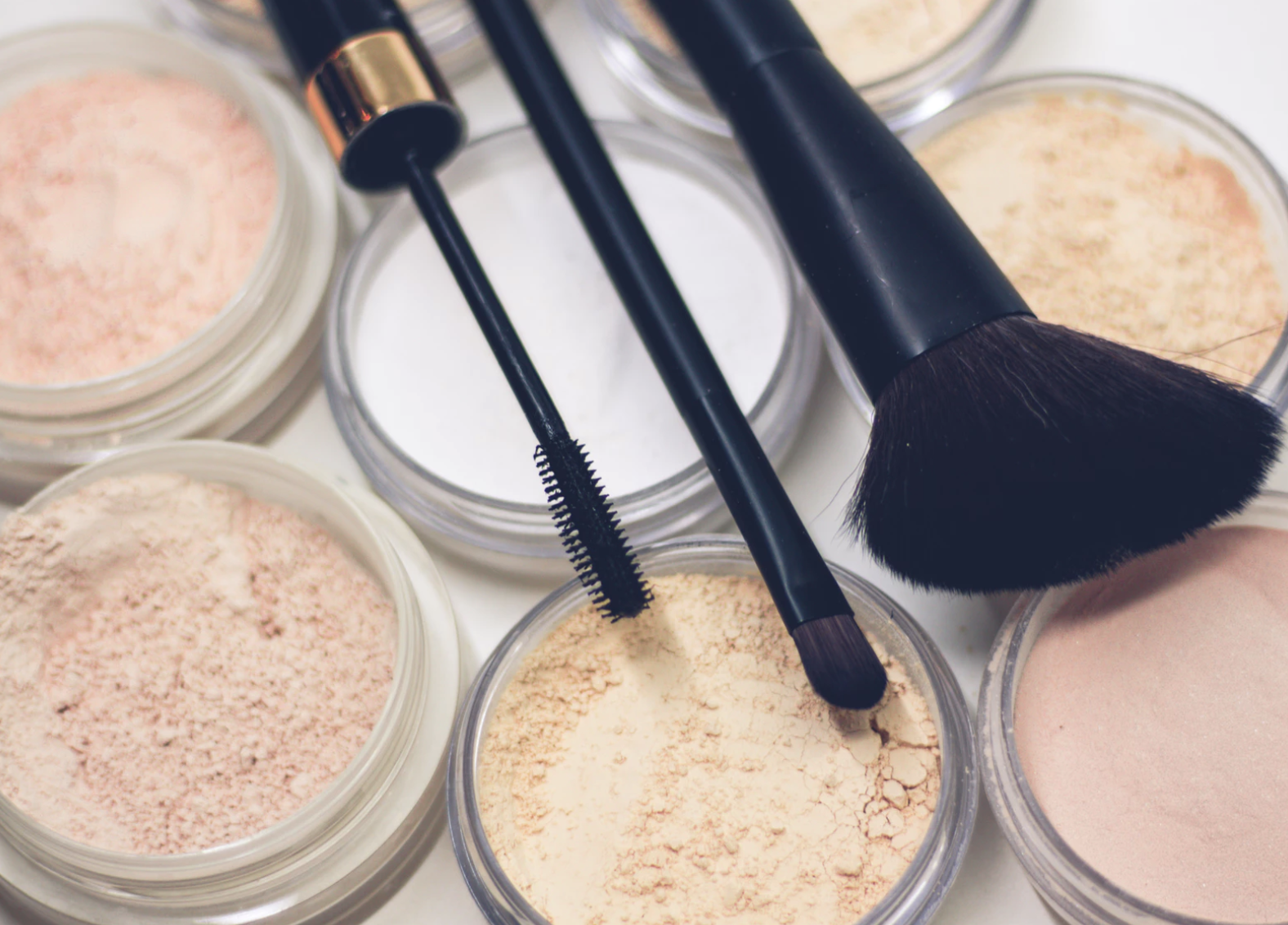 Whether you are an avid makeup user or a beginner who does not know the difference between a bronzer or a highlighter, makeup essentials are for everyone. 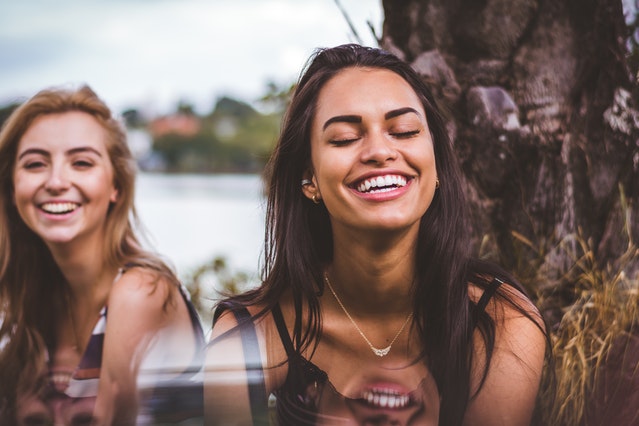 10. She Tries to Maintain Communication

Once you've exchanged numbers, she's probably the one that texts you first most of the time. She wants to keep the line of communication open so she can keep sending you signs that she's interested in you. Another reason to maintain communication has to do with making sure you're thinking about her even when you're apart. By texting you while you're both getting ready for bed or first thing in the morning, she's ensuring that she's on your mind. Plus, she can keep getting to know you even when she isn't with you physically. Keeping up a good communication is definitely one of the most important signs that a woman is interested in another woman. 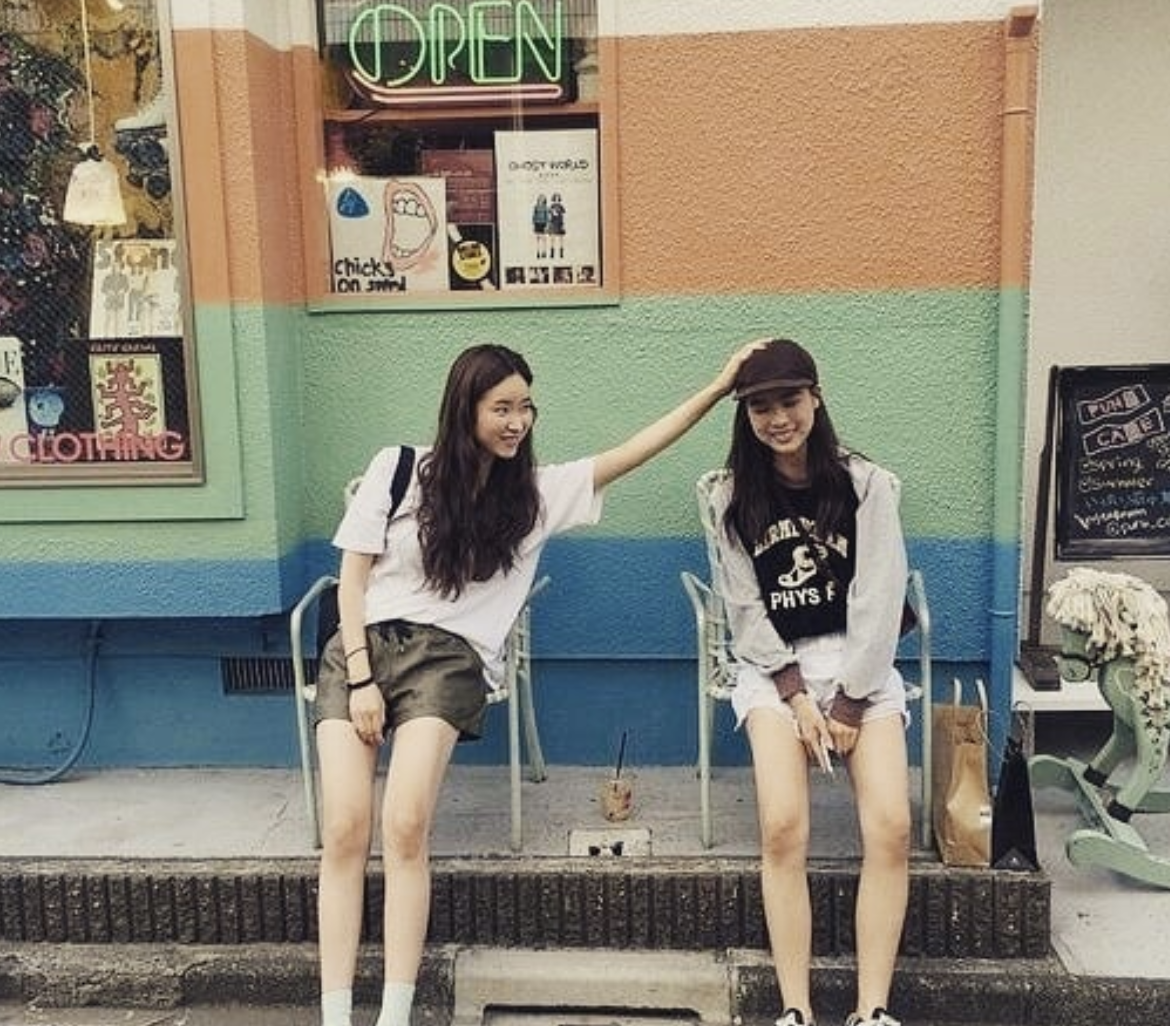 While some signs are harder to distinguish than others, frequent touching is a pretty easy one. If a woman is always putting her hand on your arm or shoulder, touching your hair or your back, or just generally trying to brush against you, she's probably interested in you. When a woman likes another woman, she's going to want to be closer than just the average friendship. This means the occasional touch to make sure she knows she's interested. If she likes to touch, hug, or brush up against everyone in your workplace, then she's probably a touchy-feely person. But if she reserves those secret touches just for you, she has a special spot for you in her heart. 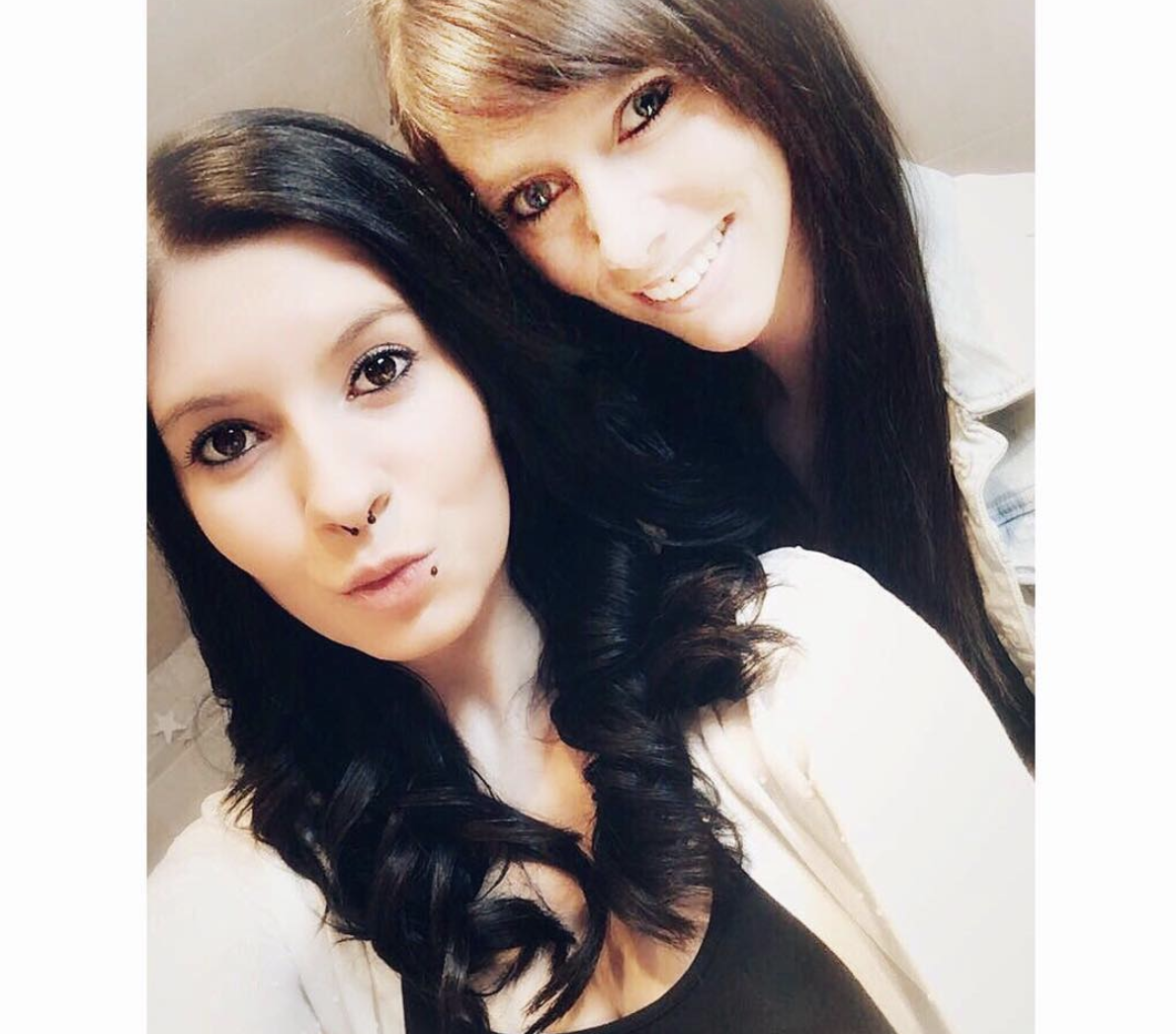 Another of the signs that a woman wants another woman is that she brings the other woman gifts. This gift-giving isn't limited to special occasions like holidays or birthdays, though she'll always give you something special for those as well. This means leaving a cookie on your desk because you looked hungry or bringing you flowers after you hit a major deadline. She'll want to make you feel special by giving you gifts just because, too. Friends don't usually leave gifts for each other regularly, so if she does, take it as a sign that she likes you.

Making someone else laugh is an amazing feeling, especially when you like the other person. If she's interested, she'll go out of her way to tell you things that will make you laugh just so that she can be the person who made you smile. If you find that a woman is telling you a lot of jokes and generally trying to make you laugh, she definitely likes you. Another thing, this goes both ways. A woman who is interested in you will laugh at your jokes even if she doesn't think you're that funny. If you tell a joke in a group of people and she's the only one who laughs, it means she likes you and wants you to know that she likes you enough to find you funny, even when you're not. 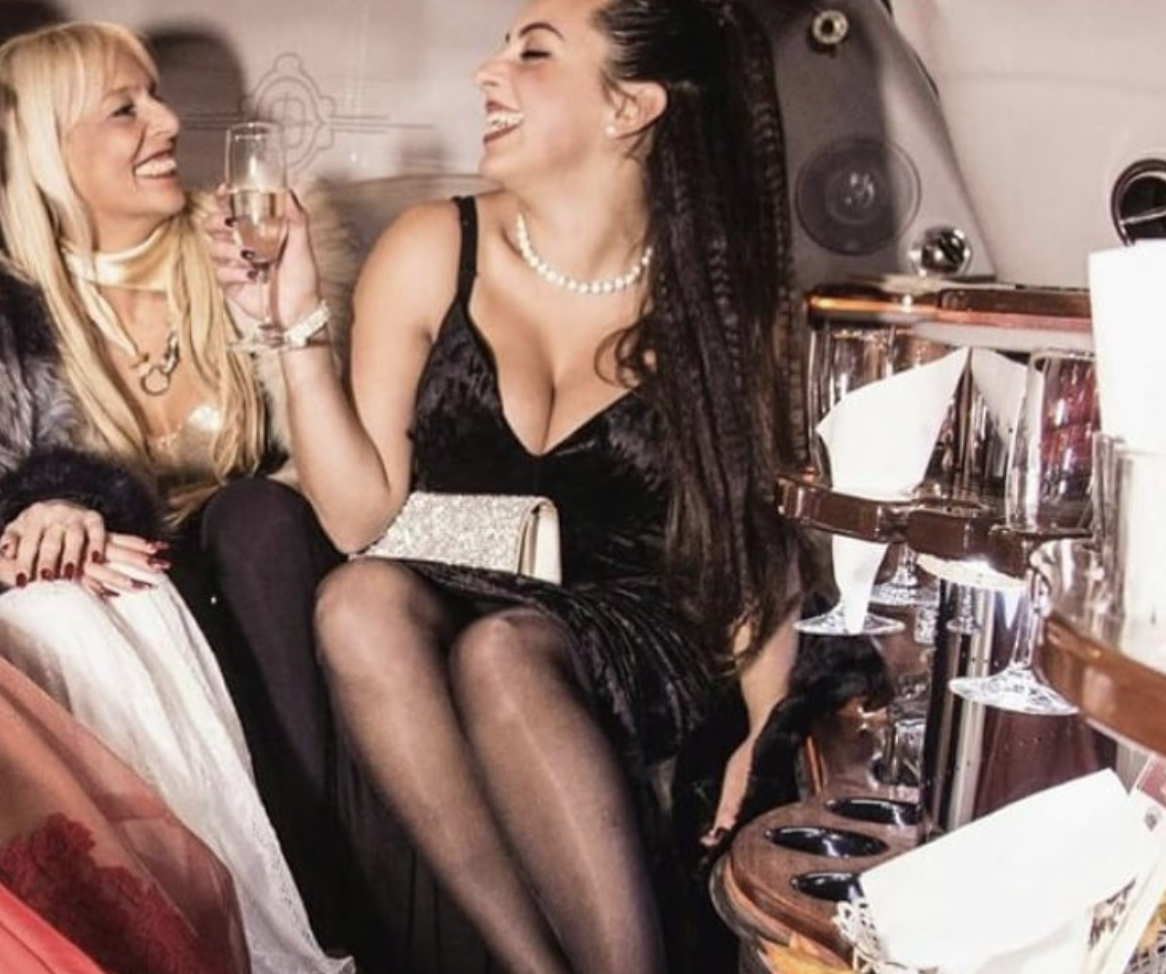 A woman interested in another woman will do her best to remember the things the other woman likes. If you've ever told her that you love chocolate-covered strawberries, she'll probably bring you some just because she saw them and thought of you. She'll tell you about a book she read that she thinks you'll like because you like something similar. The same goes for movies or TV shows. Not only will she want you to know she listens when she talks, but also this is her way of showing you that she's interested in the things that you're interested in. If things were to progress further, you'd know for sure you have something in common because she always brings up things you like and connects them to things she likes, too.

She's also sure to never forget a birthday or other important day. If you mention your little brother's birthday is coming up, she'll probably find you (or text you) on that day and tell you to let him know you said happy birthday. Things like this are her way of showing you that she really likes you. Don't ignore the signs!

If she's really interested and confident that you'll say yes, a woman might straight up ask you out after a bit of flirty and sexy eye contact. More likely, though, she'll ask you to hang out outside of your usual meeting place. If you met at work, she'll want to go out to dinner or maybe coffee. If you met somewhere else, she'll probably suggest neutral ground where you can get to know each other better. It might be a date or it might just be two people hanging out, but either way, if the signs are there, she's probably asking you to meet because she likes you. 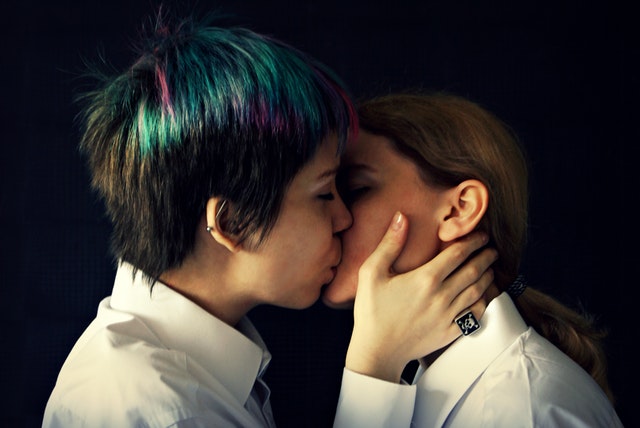 What to Do with the Signs That a Woman Is Interested

The signs are there and you're confident that a woman is interested in you. Now what? If you're a straight girl with no interest in being with another woman, that's okay! Let her know that you appreciate the attention, but you're not interested in her. She'll probably be upset, but she'll be happier that you didn't lead her on. If you find that you like the other woman and are interested in pursuing something with her, too - tell her!

Communication is key, and she'll be thrilled to know that you reciprocate her feelings. It can be hard to tell if a woman is just being friendly or if she actually likes you. Using these signs, you can figure out if it's normal kindness or genuine interest. From there, it's up to you to decide what to do now that you recognize the signs!

Related Article: 15 Flirting signs from a woman that shows she wants you 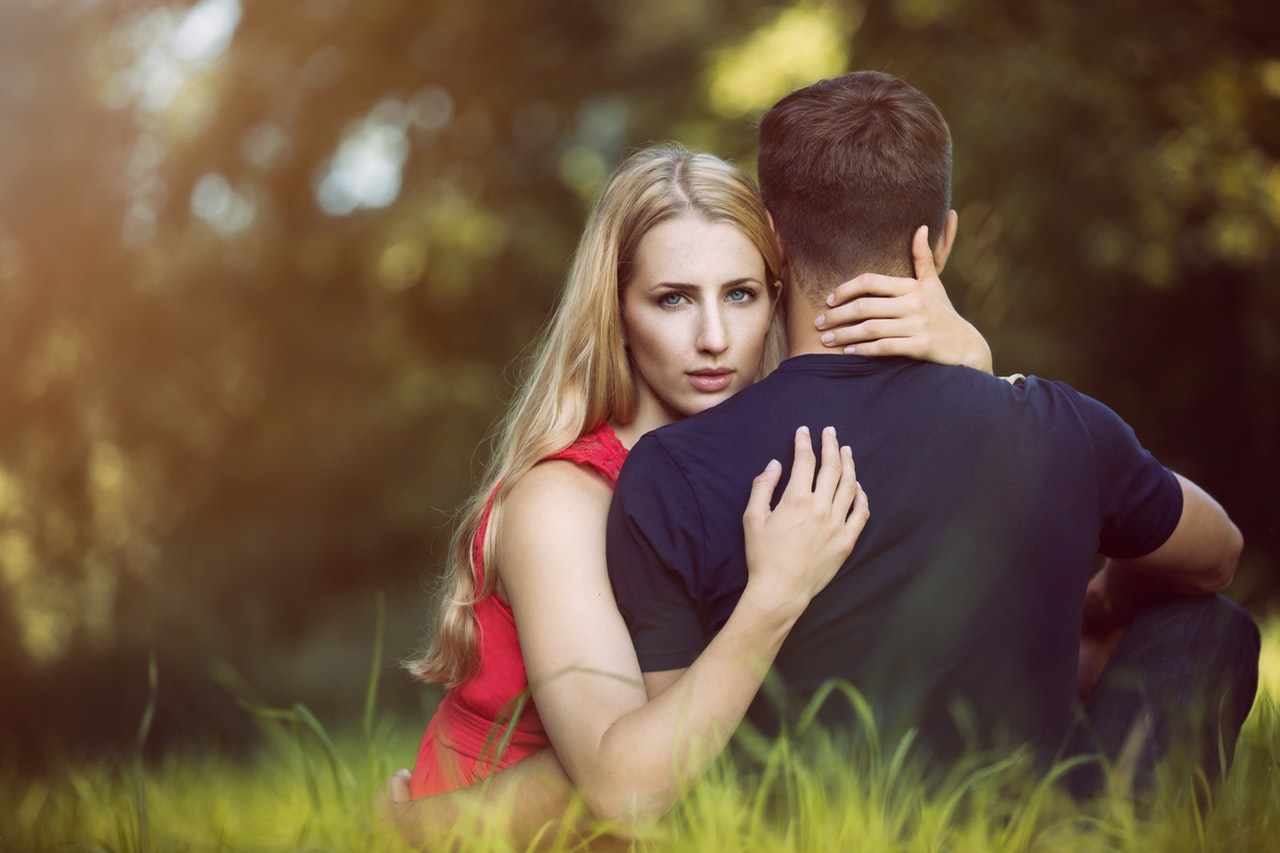 It is difficult to understand whether a woman likes you or not by her body language signs.