Who doesn’t remember those butterflies that kept on flying in the stomach and gave us all sorts of feelings and emotions each time we saw the one we liked? Yes, we are talking about that first, innocent love. That early romance which usually happens during high-school and which, for most teenagers, seems to be the one that will last forever. Well, the harsh truth is that for most people, that won’t turn out to be true. However, this doesn’t mean that teenage love shouldn’t be cherished and encouraged if it’s healthy and makes the people involved feel good.

There will be times when those involved will feel hurt, and this is inevitable, as much as parents may wish it wasn’t. Every teenager out there should be aware of the fact that tears and disappointments will eventually occur but it won’t be the end of the world. It’s just a step towards maturity and a very necessary one. This is why, in this article, we will be talking about some teenage love advice for romance and early dating so that you know what to expect whether you are the teenager involved or the parent carefully watching. 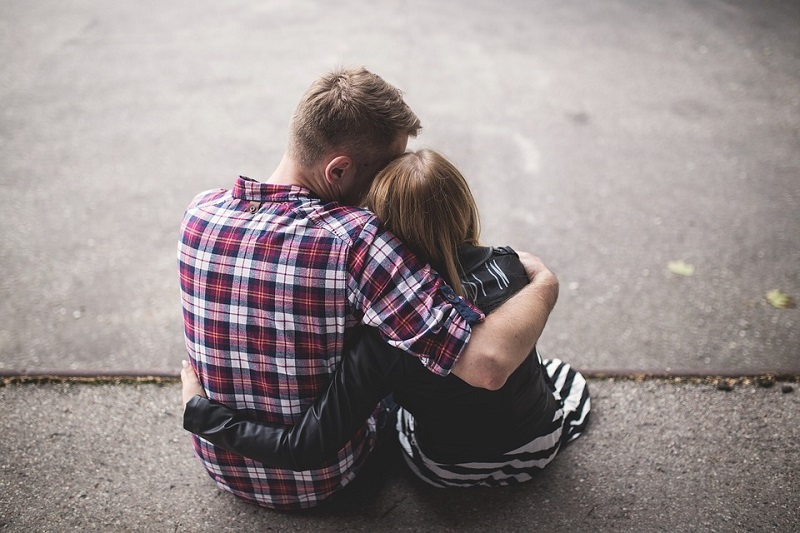 1. Only date if it’s mutual

If there was a list of rules regarding teenage dating, this would probably be the one written in gold. At this age, it’s easy to create a false and ideal image of a person and lie to yourself with it. This is why it’s so important to have a reality check and only begin dating someone if the feelings are mutual. Trust us (because you know, experience) when we say that unrequited love is the worst thing that can happen when you’re a teenager. It can seriously damage your self-esteem and it might hurt you in the long run.

2. Your first love won’t likely be your last

This is definitely the definition of tough reality but as a teenager, you should likely be aware of the fact that this first love, or even a few after it, won’t likely be your last! Teens often make the mistake of thinking of that eternal happiness is the one they love and usually end up extremely disappointed. People’s lives and goals change. Sometimes, even their personalities change and there is nothing we can do about it. So, even if this first love of your seems magical, take it with a grain of salt. Call it a defense mechanism if you want.

On the other hand, don’t be fooled by those people who don’t believe in “puppy love”, or that first innocent love. Usually, there are real feelings there, even if they come from inexperienced and naivety. What most teenagers feel is not a lesser version of “real love”! It is something pure and it happens overnight. Still, the previous point still applies: be prepared for it to fade away and consider the consequences. Which brings us to the next point. 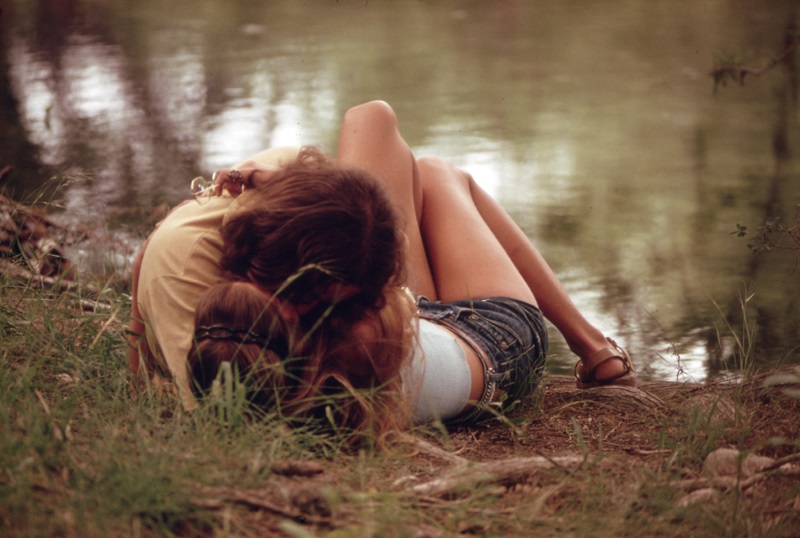 4. Sex is just sex but don’t mistake it for pure love

Once you’re in a relationship, sex might become your next big interest, and it’s absolutely normal! However, you should know that while it may be a pleasant thing to do, it would be a huge mistake to confuse it with love. Yes, making love feels like some sort of love, even if it’s physical, but there are many cases when the two have nothing in common. This kind of sex won’t fulfill you and your need to be loved and to offer love. So, be careful, especially if you have only recently started dating.

5. Take good care of yourself and prepare for consequences

And by that, we mean use protection! It’s not only the fact that you might not be ready to have a child during high-school, but it’s also the risk of getting various sexually transmitted diseases. So, the best idea would be to take good care of yourself, even if you blindly trust your partner, which you definitely shouldn’t at this age. Also, some of the consequences include heartbreak and disappointment too, which you also might not be ready to face once the deal is done. So, think carefully before jumping into a new relationship, especially if you’re a teen.

Nowadays, feeling pressure from a lot of places, like society or friends, can seriously damage your persona. The thing is that no matter how much others are pressuring you to start a relationship or to have sex, do not do it until you’re completely ready! Most teenagers say that at one point, they have been pressured to do something that they didn’t want to just to be like everyone else. They always regretted it afterward. So, why would you want to be like everybody else when you can be special, and wait until you’re certain of what you want? 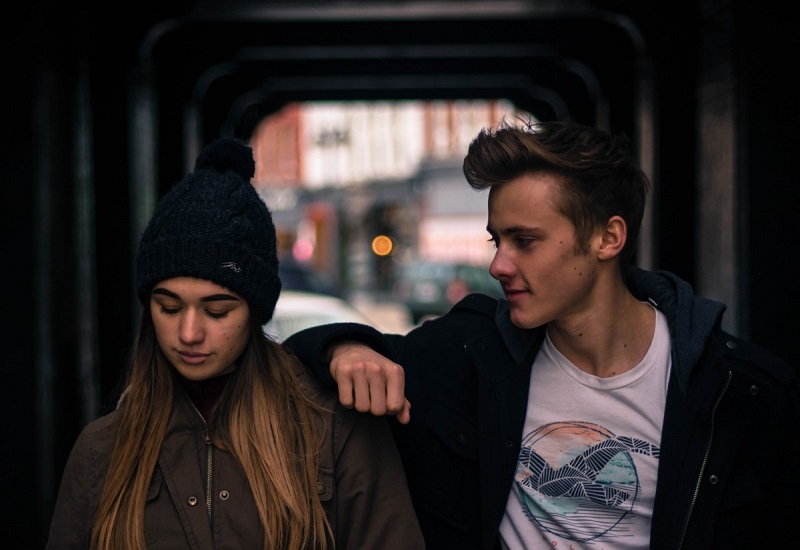 7. Be discrete and ask your partner to respect that

Social media has taken our entire world by storm. However, it’s both a blessing and a curse. When it comes to relationships, it would probably be better to avoid posting every detail of your young love life on Facebook, Instagram, Twitter, etc. The entire idea here is to be as discrete as possible because, at this age, other people might become a little bit too interested in your relationship. This is not something that you or your partner can benefit of, most of the times. So, asking for the same discretion from your partner would be great.

8. Realize when things don’t work out

As pretty as this newfound love may be, there are always times when things don’t quite work out between the two of you. That is the right moment to be a mature person and let go of. Don’t hang on to a person or relationship if you feel that it may not lead anywhere. Also, you should not be afraid to be a little selfish. Finding someone better is not frowned upon, but a way to protect yourself and evolve. Don’t let anyone tell you otherwise!

Teenagers are often in love with the very idea of love and don’t realize that what they might be feeling has nothing to do with that. Sometimes it’s infatuation or a personal projection of a perfect relationship. There’s nothing wrong with being in love with love, but be careful and try to distinguish when or if you are really in love. Not doing this might hurt you in the end and completely change your perspective when it comes to relationships.

10. Only do things that you are prepared to do

Unfortunately, the opposite of this happens way too often, especially when it comes to young girls. They are tempted to date older guys who can pressure them to do certain things that they are not prepared to do, such as having sex too early. So, a good idea would be to try and surround yourself with people who are close to your own age and choose an eventual partner accordingly. This is a delicate situation, but one that you should definitely be aware of if you don’t want to be disappointed.

3 Things to Note for Teenagers Stuck in a Love Triangle 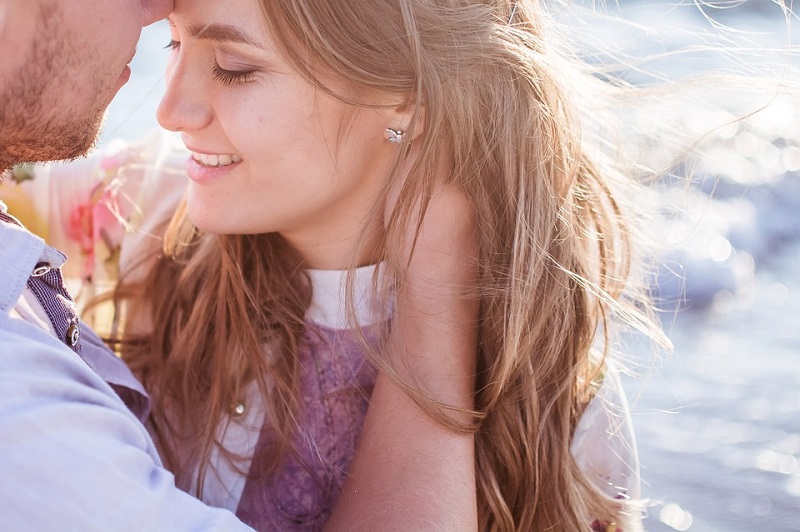 1. Listen to your heart and gut feeling

First and foremost, every teenager who is stuck in a love triangle should know that following your heart is the best solution. Also, your gut feeling might tell you more than you realize. Choosing between two people usually doesn’t have anything to do with them. It has to do with what you feel deep down and where do you see yourself in a few years. Think of that and make the best choice or none. It’s up to you!

2. Also pay attention to your head

This may sound contradictory, but it may work for some people who are more rational. If your heart doesn’t help you and still wants both people, give your head a chance. It may offer you a clue about where you want to be, and with whom. This is often a logical, more pragmatic choice, but it may make you happier in the long run.

What most teenagers who are in a love triangle don’t realize is that making a choice is not mandatory! If you don’t feel comfortable hurting one of the people involved or simply want to escape this source of stress and sadness, don’t choose anyone. Instead, meet with the people involved and explain them your reasons. With the right arguments, they will most likely understand and respect your decision. 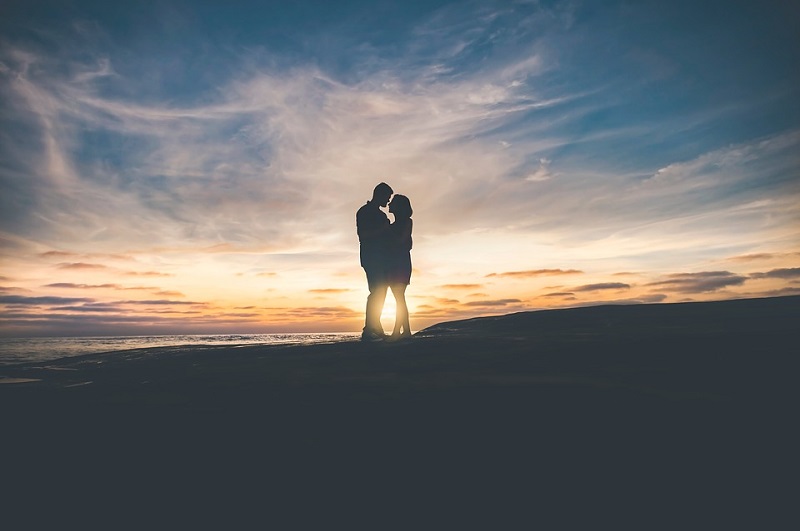 In case you are a hopeless romantic with an affinity for first love quotes, here are some that might inspire you to continue your own story or go find new ones:

"The magic of our first love is our ignorance that it can never end."
Benjamin Disraeli
"Sometimes you will never know the value of a moment until it becomes a memory."
Dr. Seuss
"Men always want to be a woman's first love. That is their clumsy vanity. Women have a more subtle instinct about things: What they like is to be a man's last romance."   Oscar Wilde, A Woman of No Importance
“First love, with its frantic haughty imagination, swings its object clear of the everyday, over the rut of living, making him all looks, silences, gestures, attitudes, a burning phrase with no context.”   Elizabeth Bowen
“There's no love like the first.”
Nicholas Sparks
“No, there's nothing half so sweet in life as love's young dream.”
Thomas Moore 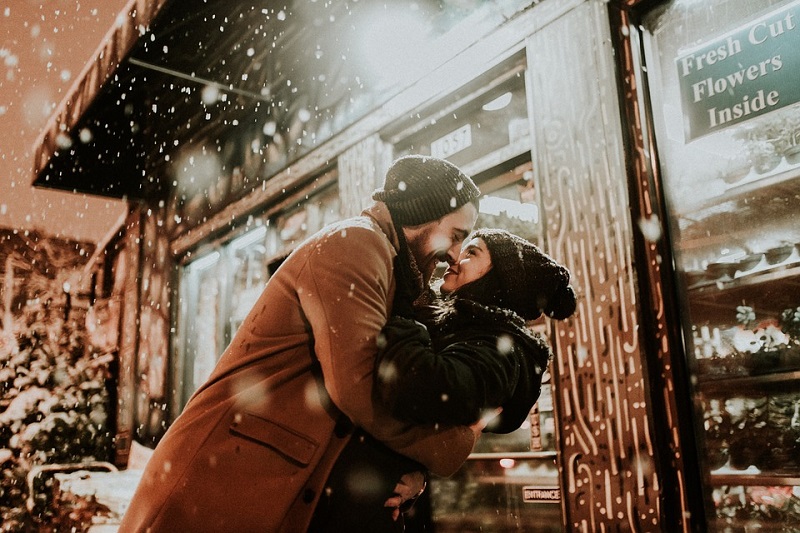 To sum it all up, it’s worth noting that teenage love is not at all easier to handle than mature love, even if some might think so. All young people are fascinated with the idea of love until they experience it and realize that it’s not all flowers and butterflies. There will be heartbreaks and disappointments as well as tears and quarrels but in the end, it’s something that we all have to go through in order to develop emotionally. Don’t be afraid to dive right into your first love because there won’t be any other like it.