The meaning of wedding toasts 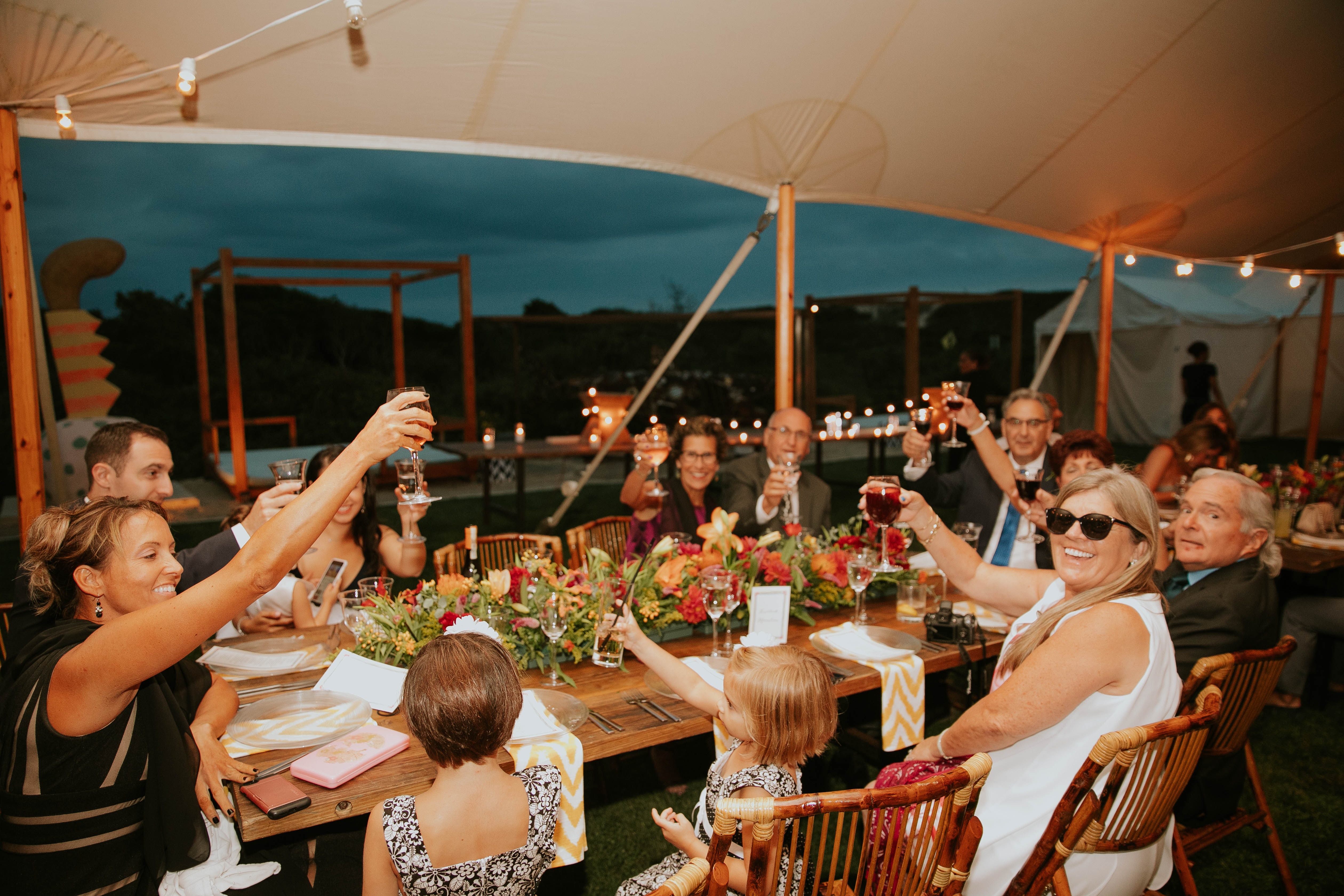 A wedding celebrates the union of two, symbolizing the start of a new journey. Besides the part where the couple cries over their vows, the other most exciting part is probably listening to their friends giving their wedding toasts! Sweet, thoughtful and full of blessings. From someone that has witnessed the journey since the start.

There're many things you can talk about but there's even more things you shouldn't be talking about in a wedding toast. If you're unsure about what to say, here are a few tips to get you started so you can harvest some joyful tears on someone's wedding day!

Tips on how to do a perfect wedding toast

You're not giving a lecture, and there are many more waiting to give their speech. Going over 10 mins is just too long and people would lose interest no matter how heartfelt your speech is. Keep it precise. Don't drag on and get to the point.

A lot of people actually don't realize they have to do this! Remember, maybe you're only friends with the groom or the bride, more than half of the guests could have no idea who you are. Even if you're friends with both, there's still a huge chance that their family and other friends have never heard of you. Always start with a little introduction about yourself and how you met the couple. Just keep it short, because it's not about you after all.

Don't think that winging it will make it more spontaneous and heartfelt. I have seen so many people trying to wing it but ended up not knowing what to say because of the overwhelming emotions on the big day. Always write down your speech and practise it first so you don't get cold feet and forget what to say.

4. You can joke but also know your limits

Families from both sides will be there. You can share stories of how goofy and naive you and the groom were in college, but remember not to get into something embarrassing that the groom or bride wouldn't want to hear on their weddings.

5. Don't talk about exes and focus on the couple

'Jerry was so lost with his ex Alice and could only find himself again after meeting you.' Please don't think this sounds like a compliment to the bride because it's not. It will only make people uncomfortable. There's absolutely no need to mention anyone's exes. It's only about the couple that's getting married. Focus on what they've been through and the positive things they share.

Mentioning an ex on your wedding toast is never a good idea. It doesn't matter if you're just trying to make the groom or bride look better than an ex, you shouldn't compare them to begin with.

Related Article: 20 Best Tips on Planning Weddings on a budget 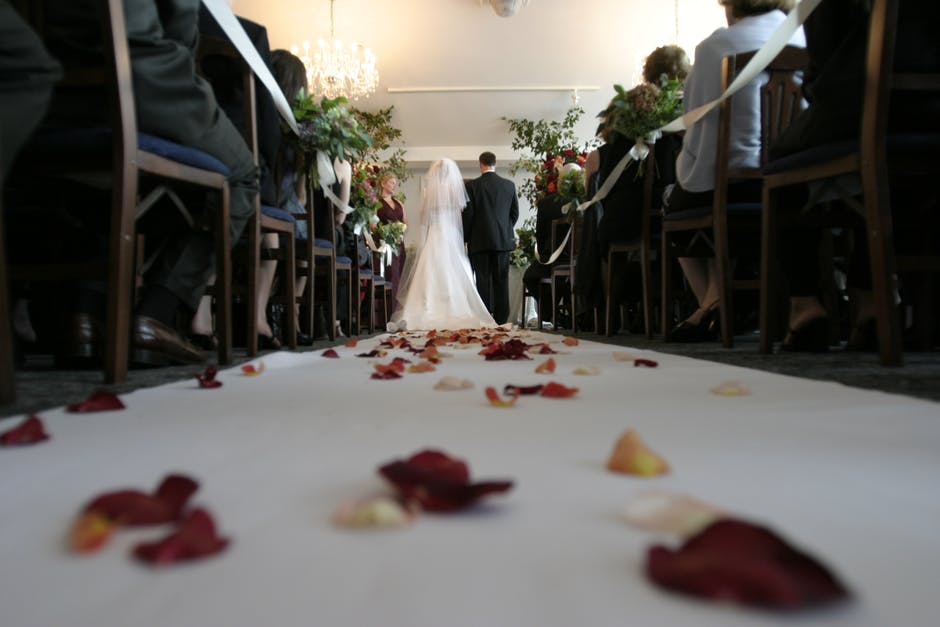 Planning a wedding is probably one of the most stressful things for a lot of ladies.

6. Say something positive from the bottom of your heart

If you don't have anything nice to say, don't say anything at all. You should never lie in a wedding toast. Only say what you mean. That being said, you should always try to find the positive side of everything you say. Just tell yourself that a wedding a beautiful celebration of the union of two souls trying to find peace. Your job is to add to the beauty and connection the couple already share.

Forget about all the little fights they had, think about all the good journeys they've been on so far. Think about the night the three of you went stargazing in the mountains and that's when you knew what they have is real!

Examples and Ideas on What to say at a wedding toast

7. Tell the story of what makes you think the groom and bride are the happiest when they are together 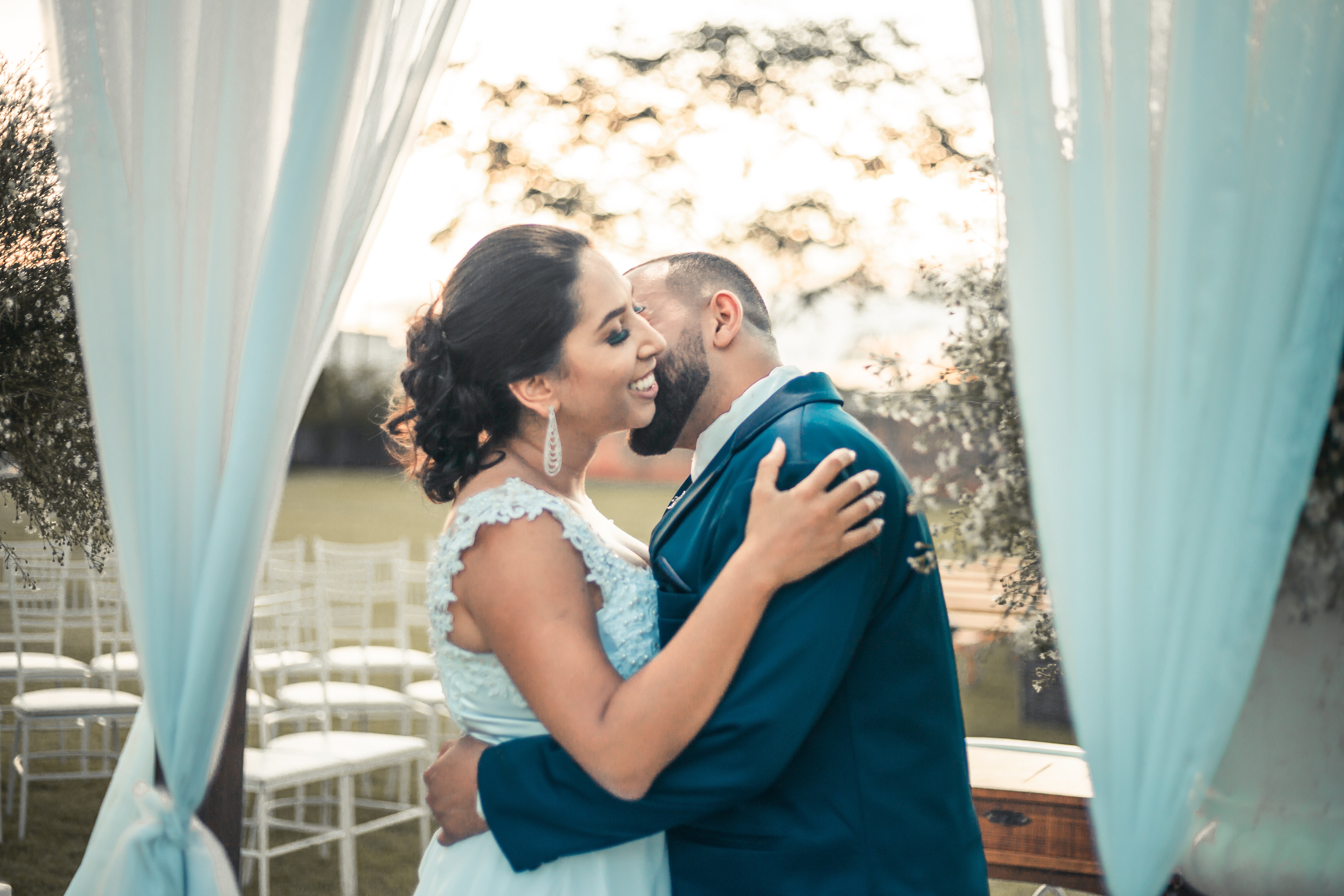 What makes you think the bride and groom are meant to be? Maybe you are friends with the groom and you can start the toast by saying that you have had doubts about him ever getting married just because he had always said so. But then when the two started going out, you saw the changes in him. How he became so happy and started thinking about getting married and wanting to spend the rest of his life with just one person. And it's because of the bride.

One important factor is to keep it simple and try not to go into details with some sensitive past, such as the girls he dated before meeting the bride. Just keep it short by saying he became a different man and started becoming more concerned about having a family and all.

8. Your favourite thing about the groom or bride 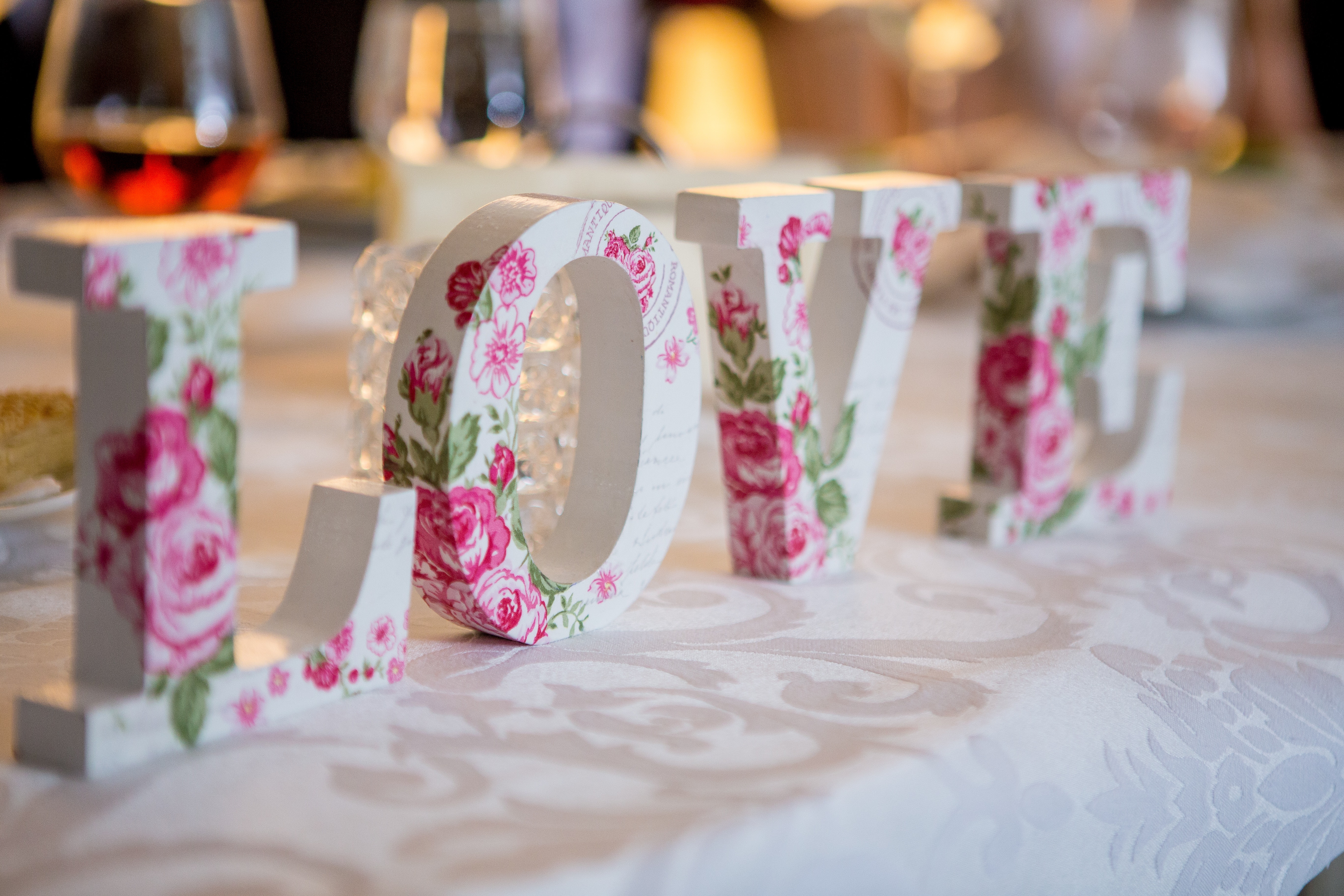 If you are only friends with the groom, then share your favourite thing about the bride and vice versa. For example, you can say that you have a guys night Thursdays tradition where you get together and drink and watch football. Instead of getting annoyed and wouldn't stop calling all night, the bride would always have so much respect and only wish you guys a fun night and leave you alone. The level of trust is special and definitely real.

Share how you think this good quality completes your friend (the groom) and how it makes them the perfect partner for each other.

9. The changes you've witnessed if you had been friends with them before they started dating

It could be that you all shared the same friendship group so you were there this whole time, even before they started dating. If that's your case, share the best changes you have seen in them and how it made them grow and a better person.

Maybe the bride had always been a little too chill and would just disappear for a few days because she was having too much fun going to parties. But ever since they met, she has been much more responsible to give a sense of security to the groom. You've seen that they both are trying to be a better person for each other, which is what a marriage is all about. When you become a better person, not only your partner benefits, but everyone around you.

10. Ask for the couple's consent to share a funny but potentially embarrassing story!

Always ask for the consent first because it maybe funny to you but embarrassing for the couple and they may not want it to be shared. If they allow it, you will probably have the best toast on the wedding because who deosn't love an embarrassing story? That story, however, should be related to their relationship.

For example, the groom probably felt he was too nerdy for the bride when they met so he made a few fake accounts to pretend girls were talking to him and that he was popular. Now that would be fun to share but only if the couple knows and agrees to it.

11. Wish them the best in the future but not to get into specific details

You want them to have a good life but what is good could be different for everyone and you certainly don't want to start that argument on a wedding. If you say 'I wish you many many children in the future' and they actually haven't decided if they want kids, then you might just get them to overthink on their wedding day.

Keep it simple and wish them all the best in the future and all the journeys they will share from now on. What the journey will be, it's up to the couple to decide.

12. Stay positive about going through hardships

In your toasts, you can address the fact that every couple will go through hardships in their marriage. It's perfectly normal and it happens to every couple. The important thing is to figure things out as a couple and don't give up on each other.

In your toast, you can say that it is certain they will enjoy the good times together. But occassionally, there will be bad times too. And the only thing you can be sure of is that they will take care of each other through the bad times and only come back stronger

There really isn't a set formula on the perfect wedding toast. It depends on your personality, the couples' personality, who will be there and how you want the speech to be. But here is the standard flow of a wedding toast, you can always adjust it to your own liking.

Start by introducing yourself because there're always going to be people in the audience tha have not got a clue about who you are. Then tell the amazing journey the couple has been through and how they've changed. Then end it with a wishful blessing that they will embark on the best journey of their lives starting today.

Stick to the rules to write a good story, a beginning, a climax and an ending. Find those three elements and you will have your toast.

Giving a wedding toast can be as stressful as getting married yourself because you have too many people's feelings to take care of. You don't want to upset anyone in your toast but you still want it to be real. Try out our tips for you and you will tackle this wedding toast like a boss! 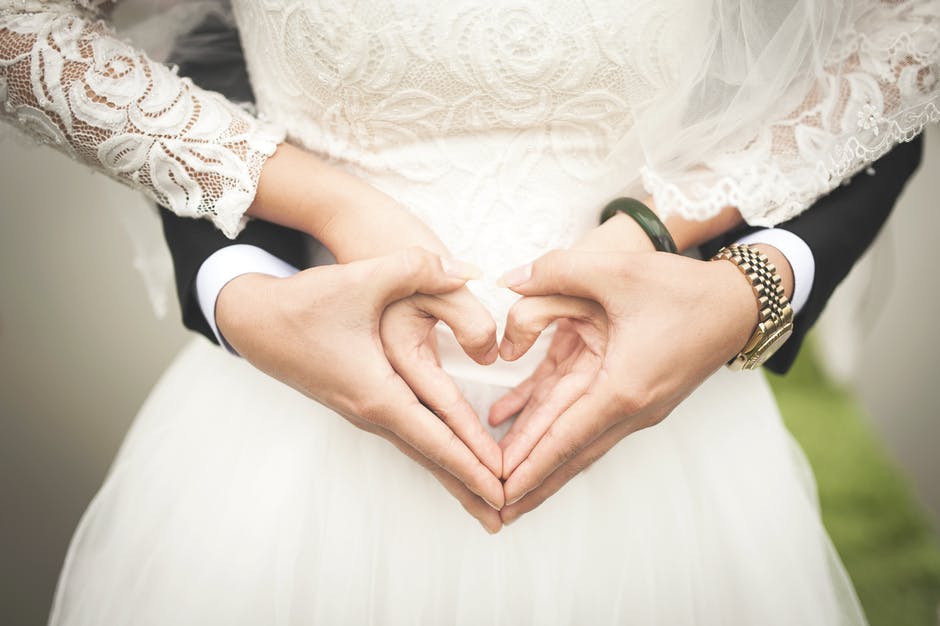 People tell you that you should feel as in love with your husband/wife as the first day you fell in love, that's how you know the love is real.