A kiss is one of the sweetest forms of affection you can experience, if it comes from a partner. It’s a natural instinct to shower your loved one with heartwarming pecks on their cheeks every now and then. However, while it’s considered totally normal and sweet to see two lovers kiss each other, complications would arise if they’re just friends. If you’re someone who has been kissed on the cheeks by a ‘friend’ of yours recently, then feeling puzzled is perfectly understandable. Was it just a heat-of-the-moment thing? You just don’t know what it means, if it means anything at all. We’re here to put you out of this confusion by clarifying some common kissing behaviors, so keep reading!

What Does It Mean When He Kisses Me In These Different Stages?

Why would he kiss me on the cheeks when we are barely friends? 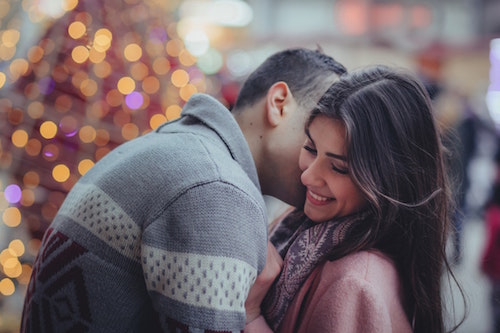 The right answer to this question could have a lot to do with the age group of you guys, and/or the culture around you. As kids, we’d commonly see ourselves kiss and get kissed in innocence by our little friends, but that was only because kids display such kind of sweet gestures of love all the time. But, if you guys are older teens, it could actually mean he genuinely cares about you.

The history and culture of kissing tell us that people tend to kiss what they hold dear, and what’s precious to them. Examples of this could be seen all around us, when people kiss their cats or dogs on the head, or when Olympic gold medalists kiss their medals. Some people kiss a ring that’s been passed on to them through generations, while others instinctively kiss the crucifix pendant in times of need if their faith is important to them. 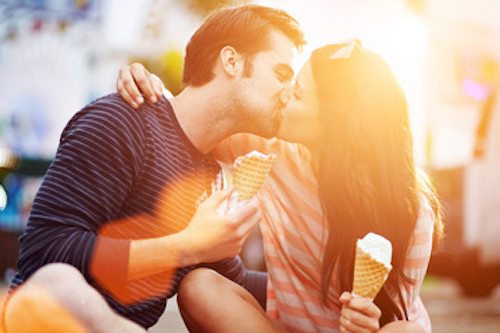 All these things are held precious by their inherent characteristics, and the amount of real value they hold in our lives. Husbands tend to give their wives a kiss on the cheeks holding the same meaning of it in their hearts, to express how much they value them. It doesn’t always have to have a sexual thought behind it, but rather a more appreciative one.

It would also help to pay attention to what the situation was in which your guy friend gave you a peck, as it could make a lot of things clearer. What time of the day/night was it? Was it after you gave him a gift or a surprise? Say, if it was just out of nowhere while watching a movie together in the cinema, then it could most likely have a romantic intent. On the other hand, if it was after you guys had a meaningful conversation with each other, then that’s probably just a super sweet gesture from him to let you know he wants you to be safe, and that you mean a lot to him as a companion.

Why would he kiss me on the lips when we are only friends? 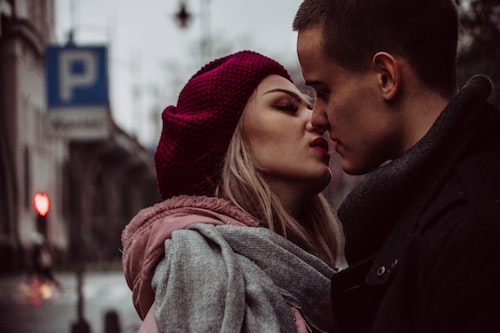 Getting kissed on the lips from someone you are only friends with, is definitely a much more advanced scenario than the one we’ve discussed above. Most people would have a strong emotional reaction to it on the inside, and it’s understandable if you’d feel like distancing yourself away from that person until you figure out your feelings towards them.

While many other places may have a culture that has a place for friends to kiss each other on the lips without paying any mind to it, that’s generally not the case in the US. However, it’s almost certain that a kiss on the lips is to be seen as a romantic or sexual advance made by someone. You must try and consider if he’s a nice person, and if his kiss was a genuine heartfelt message to take things to a ‘more-than-friends' level between you two. 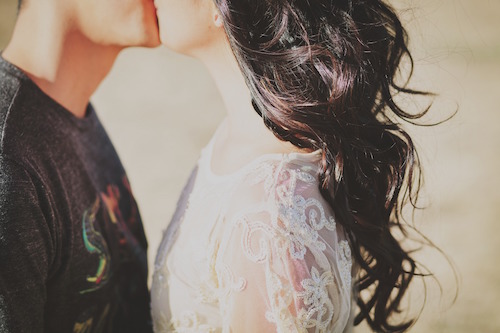 Reconsidering his intentions is important because guys can be jerks at times, and may try to get more sexual with you for their own needs, with no intentions to start a relationship with you whatsoever. So, even if you feel like you have some feelings for the guy that kissed you, it’s imperative to always look out for yourself in cases like these.

That being said, it’s necessary for him to know that making such moves without consent is definitely not right. It might have been a genuine error on his part at reading the situation wrong, but he definitely owes you an apology. If you feel like he deserves it, give him another chance and communicate your feelings about the whole scenario clearly.

By keeping the conversation truthful and straightforward on both ends, you’ll either end up dating him, continuing the friendship, or cutting off with him based on your feelings. Give yourself time to think about your approach as it’s going to be a meaningful decision for both of you.

Why does he like to kiss me a lot... when we are not exactly a couple? 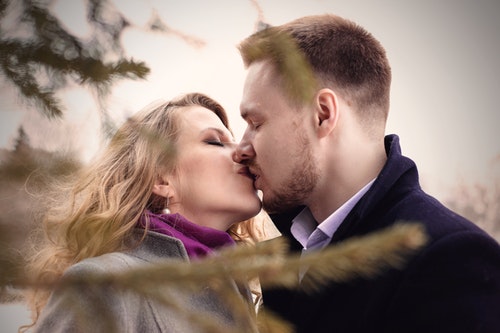 This is a tricky scenario when you haven’t really put a label on the bond between you, but you’re continuously engaging in frequent physical contact, such as kissing and holding hands. While both of you haven’t officially started dating yet, one thing is clear, it’s definitely not just a friendship anymore. Friends don’t frequently kiss each other on the lips unless it’s a one-time occurrence for a goofy truth or dare game.

Getting frequently kissed by a guy when you’re not an official ‘couple’ could mean basically two types of intentions on his side. He either wants to have a no-strings-attached sexual bond with you, which wouldn’t necessarily mean anything, or he wants to commit to you and make you his official girlfriend. Generally, good men don’t kiss girls unless they start having feelings for them in a romantic way. While you can’t absolutely generalize men, it’s safe to assume that he wants you to be more than just his friend. 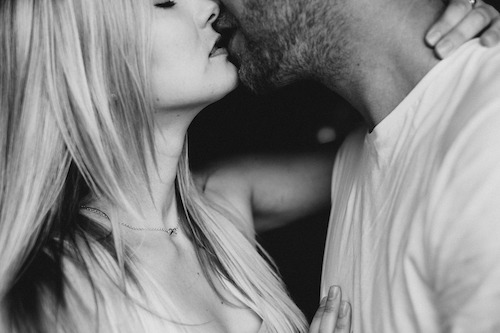 If you’ve been okay with him kissing you frequently, it’s high time that you have ‘the talk’ with each other about what you should call this exchange. It can’t go unlabeled for a long time, because while none of you might be saying it, some sort of commitment still lingers in our heads. Below, we’ve summarized a clear plan of action that you should exercise if you’re in any of these three situations.

What Can You Do Next?

1. Talk about the importance of Consent 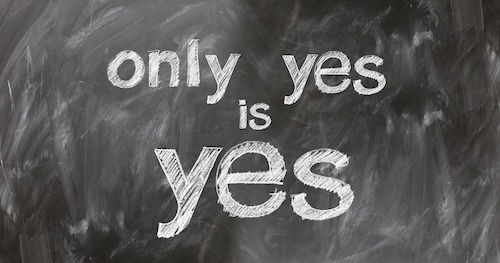 As mentioned above, if someone you know as only a close friend kisses you on the lips suddenly, they definitely need to get a few words from you about how consent is important. Be as polite as you think is appropriate based on the situation and the level of your friendship, but definitely tell them that your privacy needs to be respected at all costs. 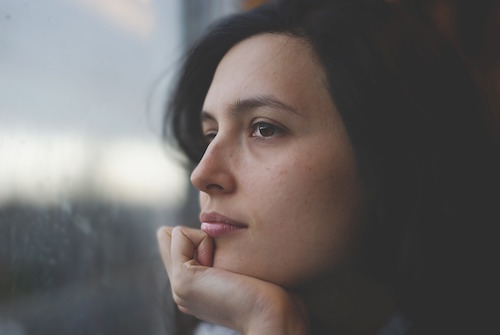 Many factors come in to play when it comes to deciding your next move after an experience like this. After all, they’re your friend and they hold undeniable importance in your life. Recall to yourself honestly, have you ever thought about this friend in a romantic way? Have you ever glanced at them in a way that ‘just friends’ don’t? Have you ever had feelings for them at all? If so, you could exercise leniency in the way you handle things. Decide where you’d like to take this ‘friendship’ from now on.

3. Have a Clear and Heartfelt Conversation with Them 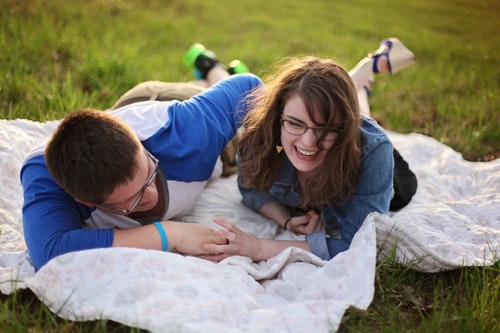 One thing’s for sure, you can’t just move forward in your friendship and pretend nothing happened. It has to be addressed, and two things need to be cleared out beyond any doubt;

Make sure you encourage him to speak up about his feelings without any fear of judgment or any strong reaction from you. Similarly, you should also make your thoughts clear to him about this whole scenario, and what future you see with him.

Related Article: Find out what are the different ways to kiss someone

The best romantic and sexiest ways to kiss someone you love 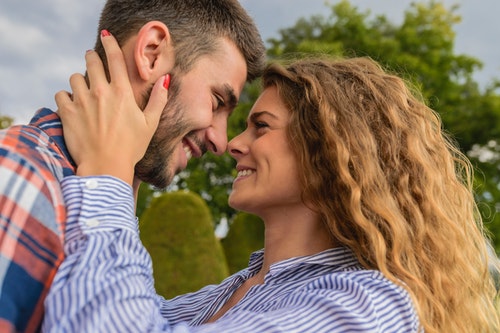 It can be confusing to receive a kiss from someone who you’d never imagine such action from, especially if it’s on the lips! You can’t exactly get valuable advice from your friends on a matter like this, because they’ve probably not experienced an uncommon situation like this. However, while a kiss on the cheeks could be just a sweet gesture from his caring side, receiving one on the lips is a much bigger deal. It can cause much more confusion and requires more thought for deciding the following theme of actions. We’ve discussed various forms of such a situation, and have also described suitable things to do if you’re experiencing them. Hope you figure things out in the best of your interests, good luck!