His Inner Circle: His Guy Friends, Mum and Family 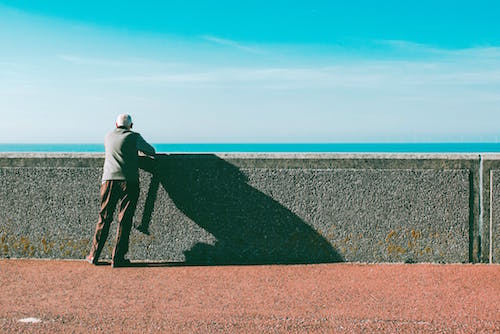 Guys’ mind doesn’t work the same way as girls. We’d like a tub of ice cream when we’re down. We’d share everything with our bestie. We’re less emotionally closed as guys. They’re less good at sharing their feelings and emotions and would usually let them pass with time.

Girlfriends have been battling this problem for centuries, to get their boyfriends or husbands to talk about something sensitive, like their family and problems with friends. It’s not that they don’t trust you, they just don't like to talk about sensitive issues.

The tricky thing is to let him know that you are asking because you’re concerned, not because you want to pry, even if you are. Newbies like you will struggle a lot when initiating such topics. You never know if you will accidentally say the wrong thing and make him upset.

To help you out with your struggle, try out these amazing conversation starter to kickstart on such sensitive topics that have been proven work like a charm!

How To Kickstart An Open Conversation On Such Topics

On His Guy Friends

1. “Do you notice something’s wrong about Jimmy?” 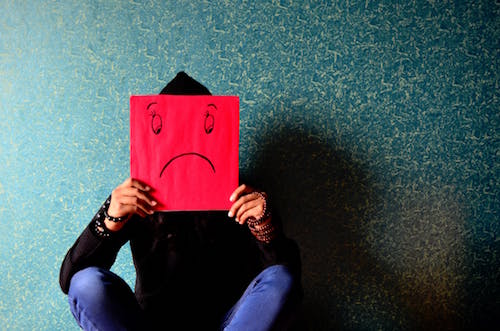 This is applicable for when you noticed something may be wrong with his friend but he doesn’t seem to have a clue. Guys are less sensitive in picking up emotions sent by others. They may not realize their friend isn’t doing well and need help.

Ask him if he thinks something may be wrong with his friend, financially or relationship-wise, see if they also noticed and just don’t know what to do or they didn’t realize at all. Encourage him to be there for his friend and let the friend know he can rely on your boyfriend to keep the secret.

Respect their privacy and only encourage him to take a step to comfort his friend. Don’t turn this into gossip with your besties by forcing your boyfriend to reveal their secret. 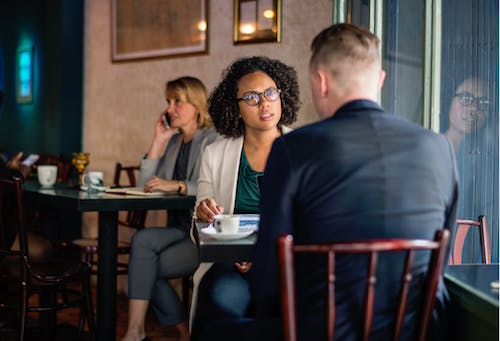 Let’s say your partner has a long-term friend that’s the ultimate playboy. He cheats, he sleeps and he dumps, definitely the scumbag of the scumbags in your dictionary. They’ve been friends for ages. Your boyfriend doesn’t do any of those things but you surely don’t think being friends with such a person is a good idea.

Start by asking what he thinks about his behavior and if he thinks that’s okay. If he says he doesn’t agree with those behaviors but since they don’t affect him and it’s his personal choice, he will remain friends with him, tell him if he finds out his friend launder money for company and scam people for money, he will still be friends with such person because “it doesn’t affect him”.

We accept different opinions and personal choices but not when they challenge our core values. Your boyfriend should think if he can morally accept such behaviors, even if they aren’t to him. If he thinks that behavior is okay, maybe you should be the one to think if you really want to be with him still. 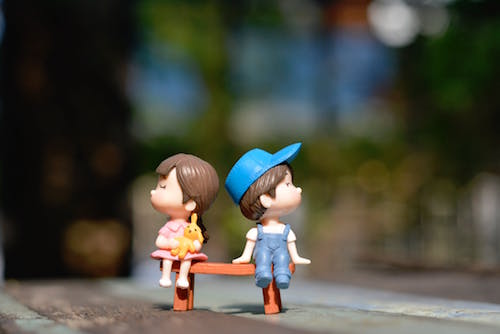 Tell him what upsets you sometimes before telling him his friend did something to you. Perhaps his friend insulted you about your work, thinking you’re of the lower class. You didn’t appreciate that even as a joke. Your boyfriend would probably find that to be humorous so it’s pointless to ask him what he thinks about that joke.

Tell him upfront that you don’t appreciate your work being joked with. There’re times to be funny and they're things that are just not funny to you at all times. You would appreciate it if his friend would stop making such jokes because it hurts your feelings. He is a friend of your boyfriend so naturally, he is a friend to you as well. Friends mean being supportive and he is certainly not being supportive towards you.

Don’t be hysterical and try to be understanding that people have a different sense of humor but they should also respect their friends when they don’t want something being joked about.

4. “Hey maybe you should spend more time with your friends.” 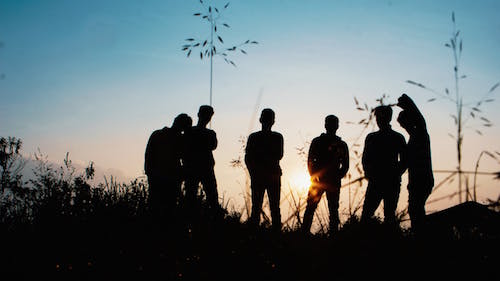 Not all your sensitive topics are about how bad his friends are. Sometimes it’s about how bad he is treating his friend. He is making you uncomfortable by spending all his time with you, neglecting his own friends. This is a very sensitive, and potentially destructive topic to bring up.

You want him to spend more time with his friends because a relationship isn’t just about spending time together. Yet, you don’t want it to sound ungrateful for his effort and dedication. You don’t want to be the girlfriend that took him away from his friends.

Gently tell him that you’re concerned about his friends would feel since he is spending most of his time with you. You love and care for you, but don’t want his friends to feel distant. Encourage him to take care of his friends’ feelings. Tell him to hang out more with his friends and you will always be around, waiting for him at home.

Keep reassuring him that you love the time spent together and always looking forward to the next date, just that you want his friends to feel valued as well. Don’t make it sound like you are fed up with him being around 24/7. Even if it’s true, you can always package it in a nice way so he knows he should be spending time elsewhere too.

His Mum and His Family

5. “Tell me about your childhood” 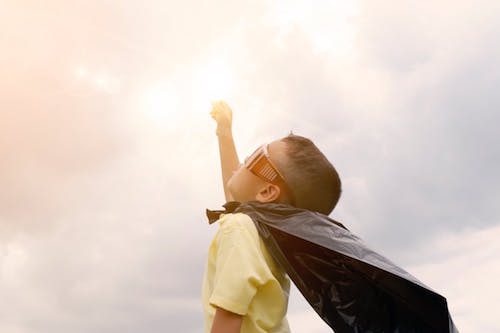 Something must have happened in his childhood that he resents his mum so much. If you want to help him get over it, look at the problem from the root. Look into why this is happening. Ask about his childhood and if his mum was particularly authoritative.

Things happen for a reason. Instead of jumping to the conclusion that he isn’t a family person, understand the cause of it all so he can be a family man to you.

6. “Can you tell me if I did something wrong? I don’t think your family likes me too much.” 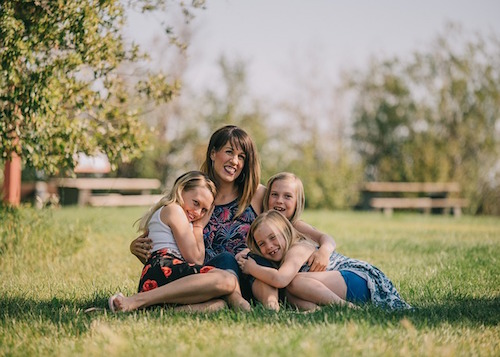 Now that’s a really subtle way to put it. In your mind, you’re already thinking his family members are monsters and you hate them in your guts too. Well, be sure to keep that to yourself. Understand that they are his family members so you can’t just attack them.

Talk it out with him by asking him if he could tell you the truth. He probably knows why his family hates but just doesn’t want to lay it all out. Make sure he understands that you can only change if you know the cause. If he doesn’t know why tell him why you felt disrespected and listen to his thoughts on this as well.

You just have to be polite about it. It’s going to be in his nature to defend his family. So don’t get yourself too worked up. 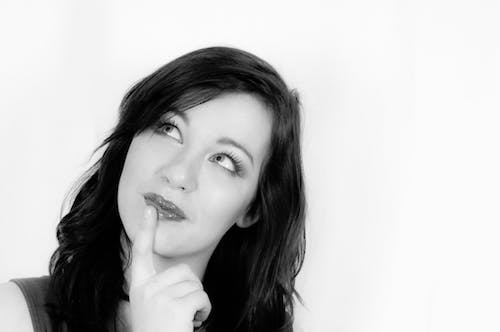 Family, especially the mum, likes to ask their sons to do things even when they’re in their late 20s. They may want you to move into the next house so you can be neighbors or want you two to work in the profession etc. Some suggestions you would take, but others, Nah.

Lay your reasons out. Don’t start by banning the idea. Say it’s not a good idea, not because you hate it, but because it’s logically unsound to do certain things. His parents might not live in the city, being neighbors means hours of traveling to work. Provide good grounds for yourself to stand on so he can’t really challenge you on that.

Ask him to discuss his thoughts too so you two can work something out. 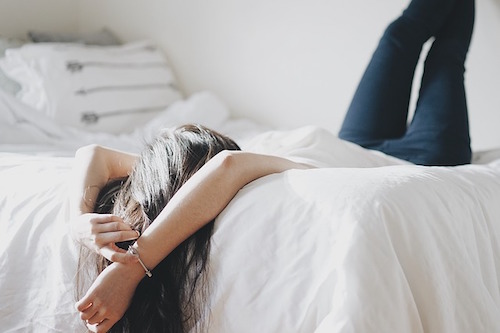 Seems like his family is giving him a lot of pressure to get married and settle down because he is in his 30s. It gives him more stress than he’d like to admit. Naturally, you noticed it but don’t know how to bring it up. It’s not just about his family. It’s about you as well. Are you ready for that?

Tell him you’ve noticed how his family treats him differently by shoving the idea of marriage in his head. Comfort him and reassure him that it will happen when you two are ready, not when his family is. This is an ultra-sensitive topic and you don’t want to make it sound like it’s the fault of anyone.

Gently ease in the topic and talk about it instead of accusing anyone in the wrong.

Related Article: Amp Up Your Conversation With These 10 Couples Topics

Communication is the essence of a relationship and binds couples together. Read about topics you can use to initiate a conversation with your partner. 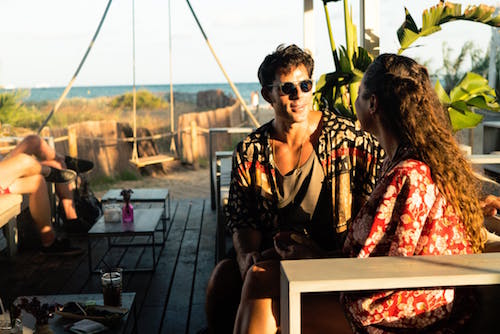 How’re all the conversation kick-starters for you? All of them can be applied to more scenarios if you see fit! Of all those scenarios above, there has to be one that suits your needs. Follow these and carefully open up a sensitive topic that you’ve been meaning to talk to him about.