It doesn’t nag, it doesn’t get on your nerve, you don’t need to decipher it, and you can get your sexual desires satisfied at the same time – ladies and gentlemen, the sex doll. You may have heard of them or came across them on the internet, these sex dolls actually have a history to them and are more complex than a mere blow-up/silicone toy. Let’s open the package and get to know this growing trend in the sex industry, shall we?

What Are Sex Dolls? 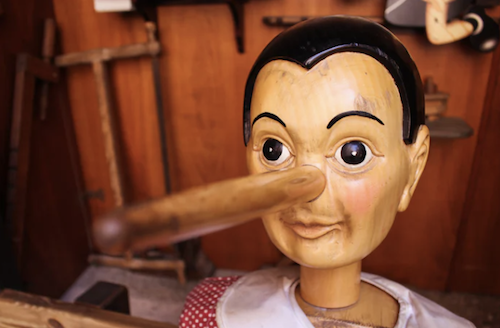 A sex doll is known to be anatomically correct, wherein features such as the height, facial features, fingers, and toes look like the real thing. And much like any toy, the doll is customizable according to the client’s preferences. From the typical petite Asian to more voluptuous ladies, there is a doll for that.

Sex dolls have been around for a long time and follow an interesting history. It is said that Pygmalion was the first to create a sex doll back in 8 AD. He sculpted a woman from ivory and named it Galatea. He became so obsessed with Galatea that Aphrodite (perhaps sick of the concept) made the sculpture into a real woman. It sounds like this is the OG version of Pinocchio. 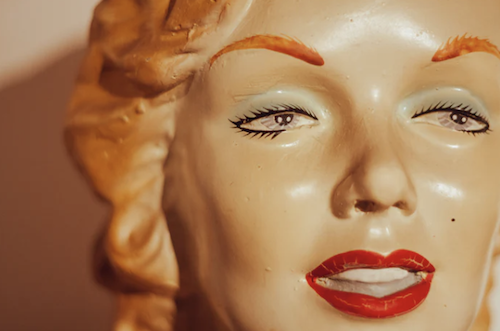 In the 15th Century, the first sex dolls that we know of today were created for sailors who had long journeys at sea. These female dolls were made from sewn cloth. Then during the World Wars, the Nazis invented even more life-like sex dolls so that its soldiers would stop dying from STDs. The whole project was called “Geheime Reichssache” or More secret than top secret.

There were three dolls sculpted for the soldiers: Typ A with a 168 cm bust, Typ B who had a 176 cm bust, and Typ C with 182 cm. The dolls also needed the hips to be a full rose hip form to provide a better grip for the man. For the face, they wanted to adopt the “cheeky and naughty look” of an actress of the time Käthe von Nagy, although she declined. The sculptors settled for an “artificial face of lust” instead. This was a big hit among the soldiers.

According to technician Franz Tschakert, “The doll has only one purpose, and she should never become a substitute for the honorable mother at home…When the soldier makes love to Borghild, it has nothing to do with love. Therefore, the face of our anthropomorphic sex-machine should be exactly how Weininger described the common wanton’s face.” 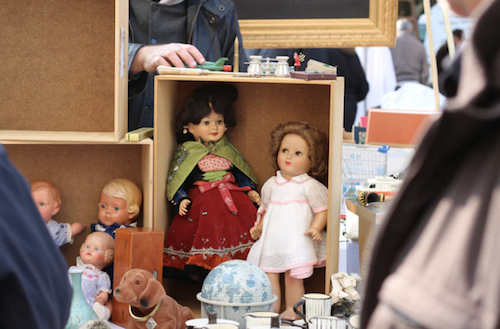 While they all technically lead to the same thing, not all sex dolls are created equal. The following are the different types of sex dolls available in the market. Sex dolls initially had a cheap reputation because they used to be mainly inflatable and disposable. Today, there are more options available for costumers. 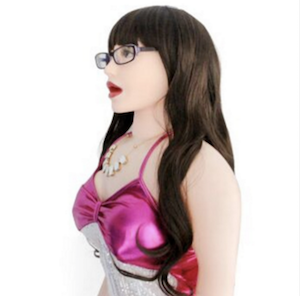 Using PVC, high-quality vinyl, and rubber, and TPR (thermoplastic rubber), inflatable sex dolls are the durable and cost-effective version of the sex toys – given that they don’t really look realistic. Blow-up sex dolls are mainly masturbatory in nature, wherein the vagina and anus are equipped with special ticklers and teasers to increase pleasure. 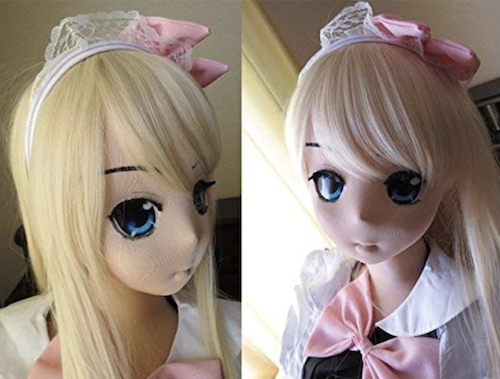 Think life-sized stuffed doll but to be used for other purposes aside from tea parties and pretend childish play. These types of dolls are more animated instead of realistic and cater to a niche market. They are very soft and portable. The stuffed toy comes with slits for vagina inserts to preserve the material of the doll. 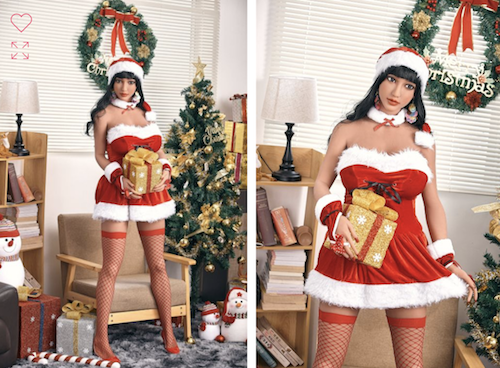 TPE sex dolls are made with a certain kind of thermoplastic rubber using a mix of polymers made of materials, both thermoplastic and elastomeric in nature. The result is a doll that is very soft to the touch and even feels like real skin. TPE sex dolls are very elastic, flexible, and can endure intense pressure during hard play. These dolls are also comparatively cheaper than silicone sex dolls. 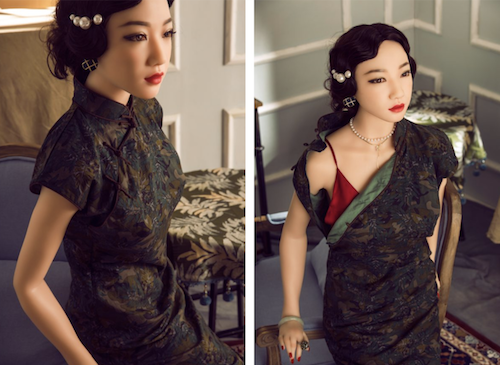 Renowned as the best of the best, silicone sex dolls use high-quality silicone to make the doll more realistic in terms of appearance and feel. The same material is used for breast implants, which means that these dolls are very soft, durable, and non-degradable. They can endure more exposure to water and strain compared to the other types of dolls. Because these dolls carry a high price tag, expect realistic features with beautiful outcomes, a broad scope of customization such as a warming feature or removable parts, and more steps for care and maintenance.

Air Doll, a Japanese Movie About a Blow-Up Doll 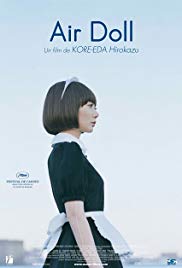 Leave it to the Japanese to recreate a fantasy into reality. Air Doll (2009) is a movie of a sex doll who becomes self-aware and comes to life. Much like anyone who experiences life for the first time, the doll begins to question and search for answers about birth, death, and life in general. The movie delves into many human aspects such as loneliness, curiosity, companionship, pain and confusion, and perseverance.

Given the rapid advancement of technology, especially in terms of artificial intelligence, the sex industry is experiencing its own progression – sex robots. Imagine Siri or Alexa but in a life-size form and can be used to satisfy sexual desires – and you have yourself a sex robot.

Sex robots are equipped with sensors in certain parts of their bodies to enable them to “feel” and respond accordingly. They can also mimic a person’s facial expressions, such as smiling or frowning. These robots are currently controlled through an app that allows the user to customize the personality of the robot. From there, it will store data and experiences and adapt accordingly. 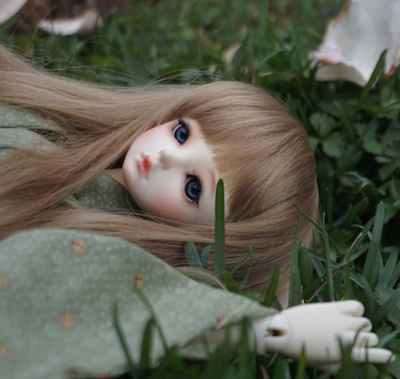 Sex robots also serve a function beyond the bedroom. They can be used as personal secretaries that could remind you of your schedule, conduct online research, liven up the mood, and answer questions.

While there are currently only female sex robots on the market, Realbotix is already in the process of creating a male counterpart to cater to the female population. We can expect a starting price tag of $11,000 for these sex robots, which could go up to a whopping $50,000 depending on additional features.

Soft Bank and Their No Sex With Robot Policy 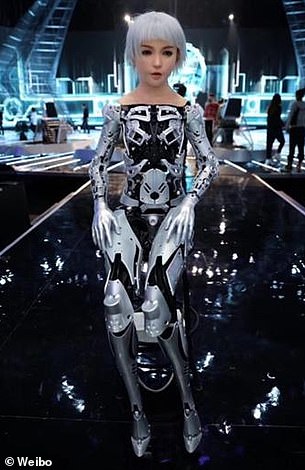 “The policy owner must not perform any sexual act” on the robot or engage in “other indecent behavior,” says Japan’s leading multinational telecommunication company Softbank with regards to “Pepper” the famous robot/humanoid. Although Softbank created Pepper to educate, entertain, and perform administrative tasks, the company gave a fair warning that the android robot was off-limits.

Given that the country is rapidly accepting the role of robots into everyday life, with these machines working in customer service such as banks, hotels, and shops, the limitations of “companionship” must be reiterated when the robots are brought home for personal use. Pepper proved to be popular upon release, with over 4,000 units sold in less than a minute. It is also expected to increase its international presence in the coming years.

With that in mind, the need to define a fine line between an android robot made for companionship and a sex robot might be more significant than expected. 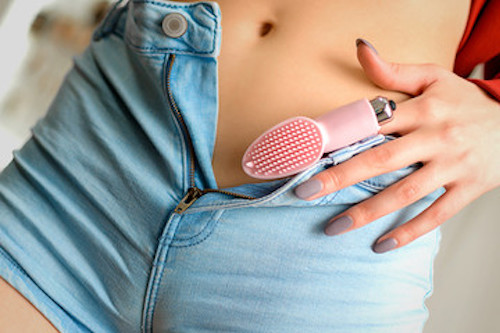 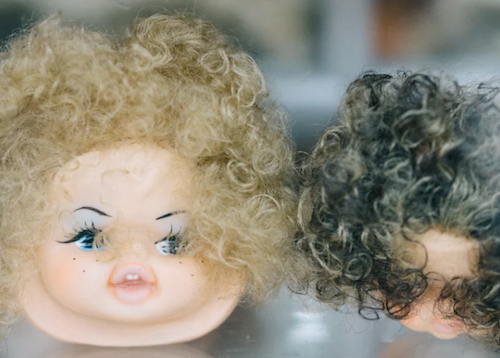 It might be expensive and require a lot of maintenance and care, but those who have purchased a sex doll (or two) affirm that their fantasies were quenched. For those who aren’t personally interested in purchasing one, learning about the history, the meticulous attention to detail and materials used to make it as life-like as possible was definitely worth the discovery.

With the sex industry amassing millions a year and proving to be a very lucrative market, it’s no wonder that the products related to the sexual entertainment of consumers continue to evolve and progress. Who knows what the next few years will bring for sex toys.