What is Friendly Flirting?

Flirting is one of those skills that comes in quite handy as an adult to help you land a good man. Or great connections at the very least. Flirting is how we meet new people. It gives us the perfect opening to let someone know we are interested in having a conversation with them.

This is the kind of flirting we’re all used to, the one with a few key things that works for anyone to let them know we are possibly interested in boning at a later time:- 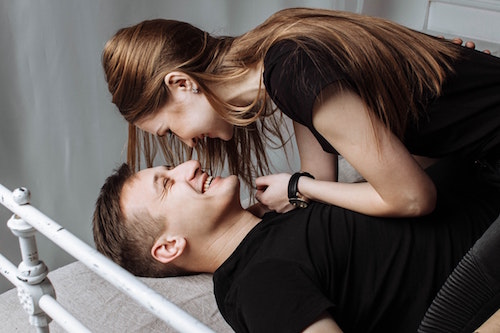 But what about Friendly flirting? Does such a thing exist and who can you do it with?

Urban dictionary describes friendly flirting as flirting with someone that’s not your boyfriend or crush but doing it in a nice way.

For all purposes and intents of this blog post, we’ll define friendly flirting as the in-between between being friendly and being flirty where it is a little more than being friendly- you can have that sultry smile and have it mean exactly that, but a little less than flirting- your lady bits are not on the table for his enjoyment.

Differences with Flirting with a Married Man vs an Unmarried Man 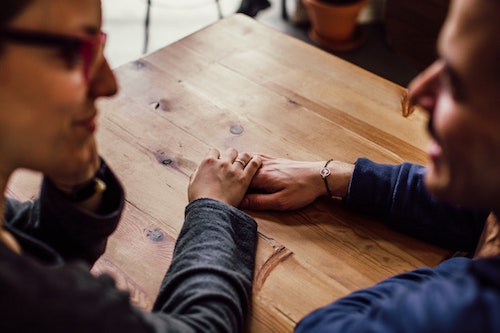 You have to keep in mind that he has a partner at home so no matter how friendly and flirty you two get, someone else already has a claim on him and you need to maintain that boundary, or else he might get uncomfortable with your flirtiness and things will get uncomfortable fast. 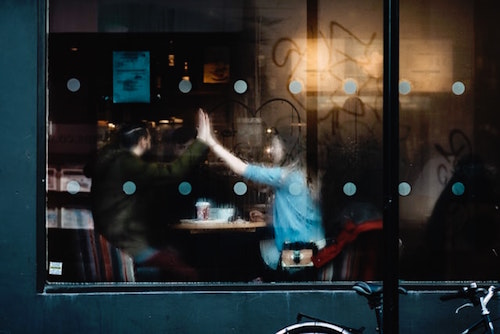 Flirting with an unmarried man is a bit easier because there are no boundaries and anything goes. You can go all in without being afraid of being disrespectful of his relationships.

It’s called friendly flirting because it’s more about maintaining a close friendship with a married man. Someone that you can talk to and just have a good time with rather than someone that you’re looking about possibly getting into a relationship with.

There’s no pressure to put out 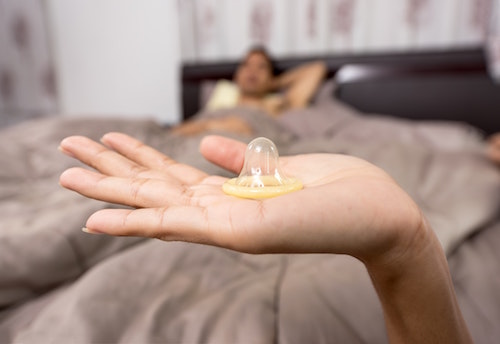 He is already getting that love and good sex from his partner so it’s not about sex or anything sex-related. Flirting with a single man means that both of you have the option of sex on the table and the flirting will be more centered towards that.

6 Ways to do Friendly Flirting with a Married Man

Friendly flirting with a married man is more about creating that friendship and a lasting one because let’s face it- married men are more reliable than their unmarried counterparts. You want this man to feel comfortable around you and not at all like he’s doing something wrong. Concentrate on building a friendship and opening up and if you do it right using these six steps we’ll show you, then you can create a lasting friendship without wrecking any marriages. 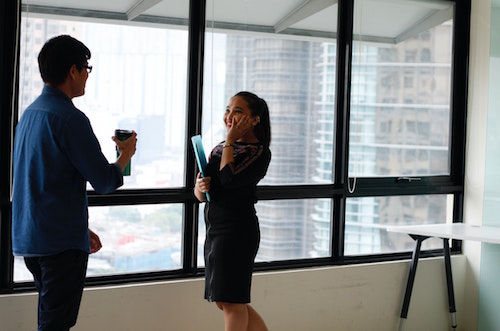 Saying hello to a person whenever you see them gets their attention on you faster than anything else you might do. Saying hi to him when you see him will leave an imprint of you in his mind. Better yet, smile when you’re saying hi. If you do this consistently, he’ll be more open to simple conversations without necessarily making him feel uncomfortable.

Men love attention. They love it when we notice the little things. Compliment him on his suit or a new tie... or a recent haircut. Making him feel good about himself will boost his confidence even further and make you someone he wants to run into. He may even start initiating small conversations because he feels comfortable around you.

3. Make small talk about his ventures 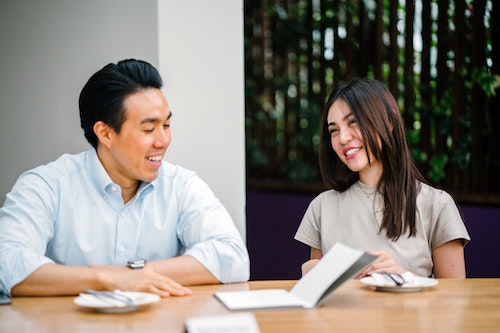 Show a genuine interest in him and his ventures. Create an environment where he can feel free to talk about what’s going on in his work as well as private life. Don’t be too prying. Casually ask questions and usually, it helps if you can share something about yourself. For example, talk about your work and what it means to you. He’ll be taking your lead and what you divulge is also what he’ll divulge.

As the friendship starts forming into something a bit more solid, try and find common ground between you two. You can’t always be running into him at the office or at the stairwell of your apartment building- that grows old fast. Find out about his hobbies, what he enjoys doing and find something you can be doing together to pass the time while you catch up on each other’s lives. 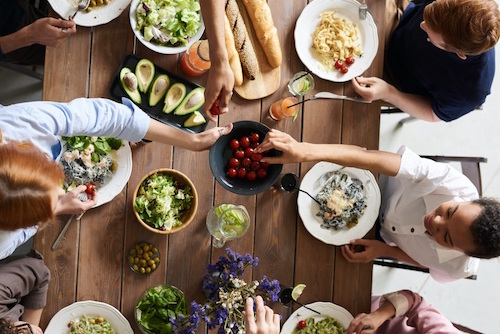 I don’t think I can stress this enough. Please, please don’t do anything to convey sexual interest in him. He doesn’t need to feel like he’s being put in a position where he might be unfaithful… You want to be his flirty friend, not his side piece.

Although some girls may take the risk in an effort to bring him closer, only ever put out sexual energy if you’re sure he wouldn’t mind and you won’t end up being played at your own game.

6. Invite him out to your social outings 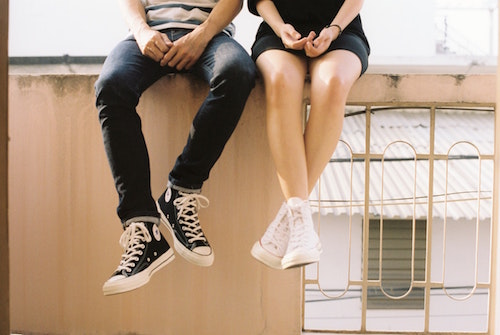 This is a bit of a bold move and should only be taken when both of you feel comfortable enough around each other but invite him out as your friend. The point here is to maintain a friendship without spending a lot of time being indoors just the two of you because we all know where that will lead eventually… It can be something as simple as walking your dogs together around the park while you talk and get to know each other. Don’t overdo it though by inviting him to cozy hangouts with couples because he’d mostly rather take his wife to that.

You need to set your limits while flirting with a married man. He might be looking like a demigod but he isn’t your demigod to have and self-control is key here. 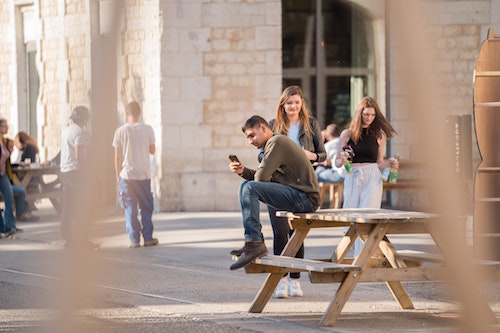 You can look your fill at the fine specimen of a man he is and maybe be tempted to touch, but don’t give into your wild and crazy cravings. Along with this goes the notion that you may add him to your land of fantasy and let your imagination take it away on what gloriously wonderful things he might do to your body, but you can never, ever practice on him.

You have no right to be jealous so even if you feel it a little bit, you can’t let him in on this little secret. He won’t leave his wife for you and this will just make things awkward fast so please don’t let that green demon rare its head. 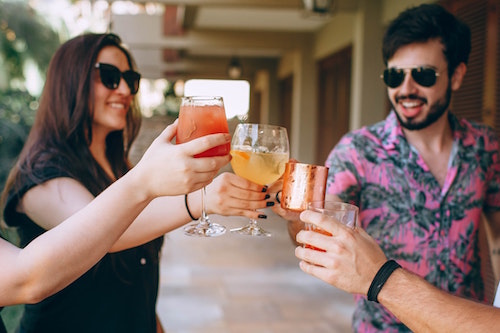 Show him that you’re just after friendship. Remember that he’ll mostly be following your lead so if you keep it light and friendly that’s what he’s likely to do too. At the end of the day, men are men and while some may resist, the option to hit it with another girl will always be appealing to him-no matter who he’s married to- so it’s up to you to set the limits of what the relationship is.

Related Article: 8 Signs A Married Man Is In Love With Another Woman (You) 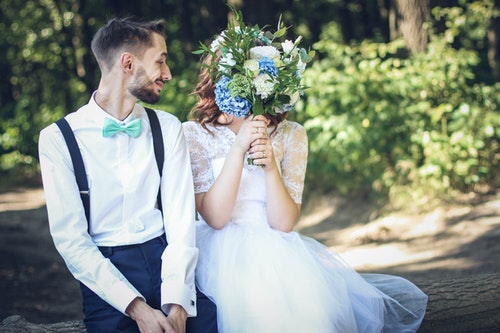 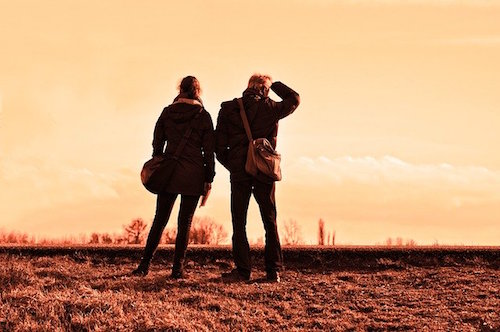 The beauty of sidling up to a married man is that not only may you get a beautiful budding friendship but you’ll notice an increase in the flow of single men knocking at your romantic door. This is because men, want what other men want and as soon as this married guy starts giving you his attention, the single guy will be more intrigued by you, wanting to know what it is the other guy sees in you. So, you can have a great friendship and a boyfriend trap. Win-win!