Who Is Alyssa Arce 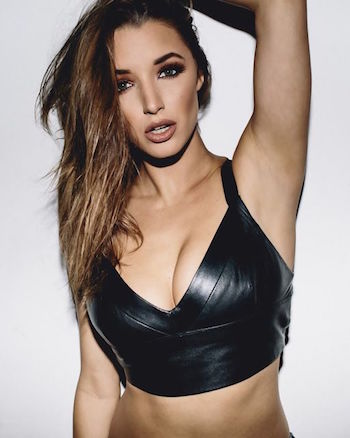 Alyssa Arcee is an American model and TV personality known all over the world for her cover page in the playboy magazine among other controversies. Born on February 27, 1992, in Horry County, South Carolina, Alyssa Arcee always dreamt of being a famed international model from as early as 7 years. In pursuit of her dreams, she immediately dove into the modeling world as soon as she had completed her high school. This didn't come as a big surprise to both her parents and friends though.

Since the modeling world is full of drama, you would only expect an upcoming talent to be hit by myriads of criticism. In July 2013, Alyssa Arce featured on the cover of Playboy magazine. If you are not well acquainted with the magazine, it mostly portrays near-nude photos of different models. This brought the shapely brunette to the limelight but also came with its critics from different quarters in the entertainment world.

Even so, Alyssa Arce has continuously grown by leaps and bounds to craft a name for herself as one of the top models in the world today. 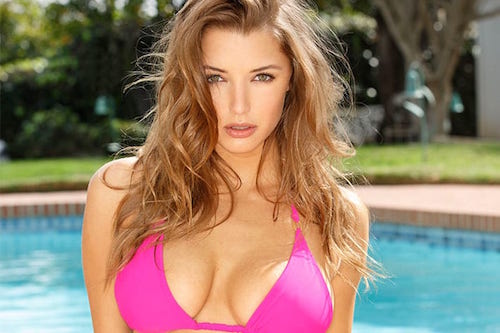 As already hinted, Alyssa Arce was born in the city of Myrtle Beach, South Carolina to a native Honduras father and a Georgian born mother. The mixed ethnic background (Latin and Caucasian) is what gave the stunning brunette her immaculate looks and brunette hair. This combination would later prove substantial in her profession.

Alyssa developed her incredible body features from an early age. This made her conscious of her modeling abilities and drove her to pursue her career from a very young age. It's rumored that she even began dreaming of becoming a world-renowned model on her seventh birthday. Due to this, Alyssa continuously participated in her school's cheerleading team and often came out as a team favorite. To keep in shape, Alyssa played soccer for her high school; even though she later admitted that she was not good at it.

As stated above, Alyssa launched her modeling career as soon as she completed her high school. She was so driven and focused on what she wanted to do, thus stepping into the vicious industry heads high with confidence that she would succeed. This, coupled with her stunning looks and humor, quickly catapulted her to unimaginable heights in the industry. 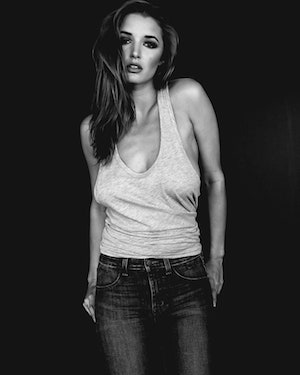 Her rise to fame quickly captured the attention of the model industry giants such as Wilhelmina Agency, a prestigious talent management agency, who quickly snatched the beautiful model under their belt with a contract to work from their Miami based office. This way, her professional career was fully launched, which meant that she could receive lucrative modeling gigs. Additionally, it meant that she would get widespread marketing through the agency, thus quickening her rise to fame. As you would expect, the young beauty became an online sensation becoming the face of top corporations worldwide.

Her entry into the world of swimsuit modeling was marked by her signing with Ford Agency, a recruitment company, which accorded her the luxury of signing a contract with Playboy magazine. A few months after signing with playboy magazine, Alyssa Acre features in the July 2013 issue and the Playmate of the Month. Although many criticized her for striping down in front of the camera for the cover page feature, this opportunity opened even more lucrative doors for Alyssa Acre. She went ahead to work with other top publications such as Sports Illustrate, LUI Magazine, and FHM Magazine among others. Little did she know that the Playboy Magazine feature would also put her on the international stage and in the same year, Alyssa made her first international debut with an endorsement contract for German giant automobile manufacturer Porsche AG.

1. She keeps her dating life secret 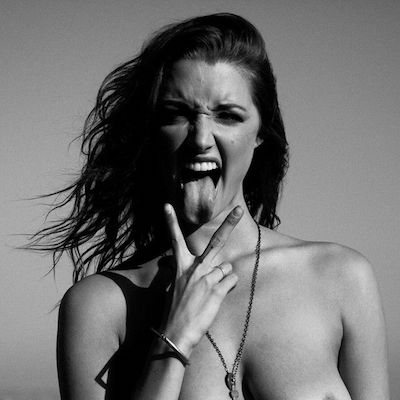 Very little is known about the man in Alyssa Acre’s life. It’s unknown whether she prefers to keep it under the carpet or she is just single. However, all this can be understood since she has previously been accused of breaking up Justin Bieber’s relationship with Selena Gomez.

Even so, the immaculate model and TV personality have maintained a vibrant appearance on social media while maintaining any mystery man closely under wraps. We can only wait and see whether the future will present another "Justin Bieber" for her since she wasn't up to Selena Gomez’s standards! 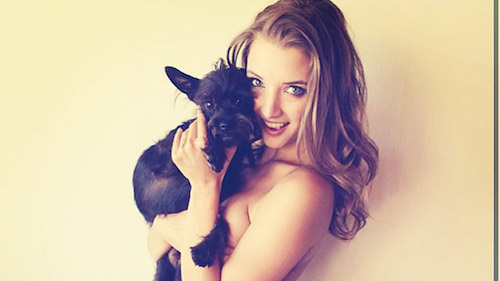 Alyssa Arce has a soft side for animals. She adores animals so much that she adopted her dog Lucy Lou from the Villa Treville, a 5-star hotel in Italy. To date, she still travels with Lucy Lou to the United States on different occasions. In the past, she used to own a cat. However, the cat died in November 2017 and has since remained with Lucy Lou.

3. She has an amazing physique 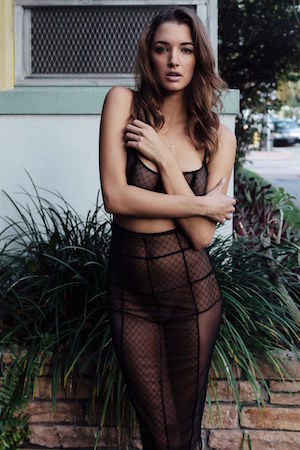 As a model, Alyssa maintains an incredible body physique and stands at 5 feet 8 inches tall with a closely watched bodyweight of 121 lb (55kgs). She darns blonde hair with irresistible blue eyes that complete her beautiful face. She wears a bra size of 34D and shoe size 7.5 (US). When it comes to her waist, Alyssa Acre complements her top wear with trousers or skirts that measure 34-25-34 for her bust, waist, and hips respectively.

4. She considers herself a tomboy 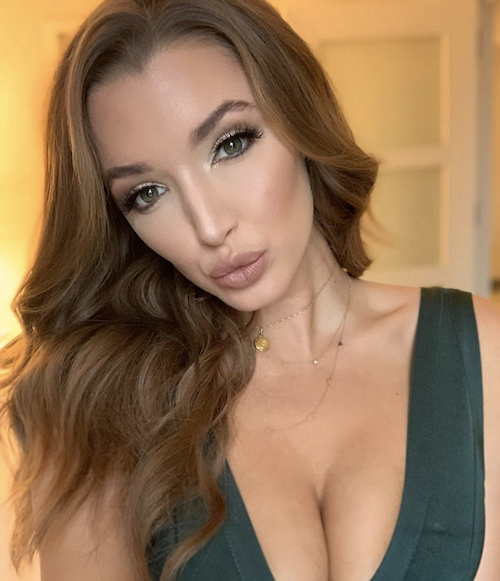 As a world-famous model and TV personality, you would expect Alyssa Acres interests to range from fashion, traveling, riding Go-karts to the unexpected kickboxing. You will be surprised to know that she even has role model fighters with the likes of Peter Aerts and Rico Verhoeven ranking highly on her list. Maybe as a side interest, Alyssa likes to sunbathe and swim on the ocean and considers herself a tomboy.

5. She has a huge social media following 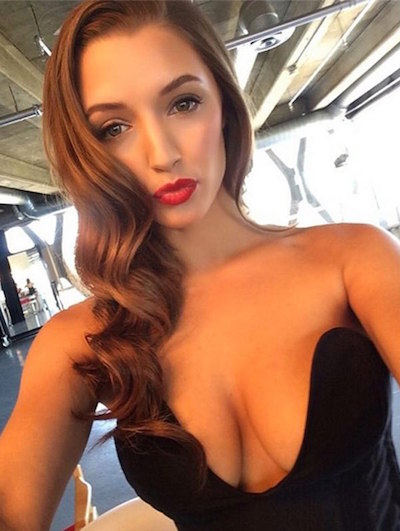 6. She has a fair share of controversies and scandals 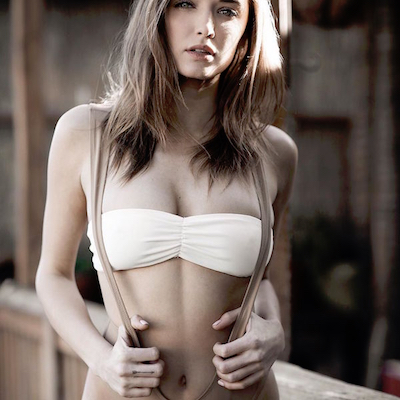 Her Relationships And Boyfriends In A Nutshell 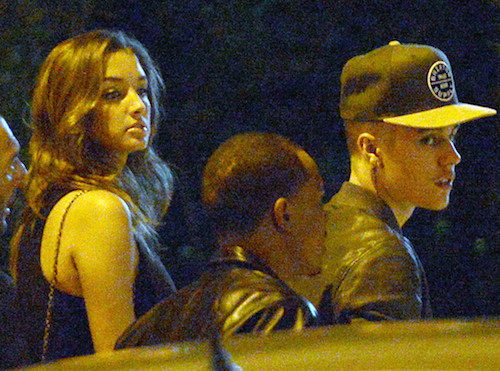 It’s been close to 15 years since Alyssa Acre was rumored to be in a relationship with pop star musician Justin Bieber. However, since their flared out breakup, Alyssa hasn’t been reported to have any other boyfriend. Unless she tightly keeps her boyfriends from the limelight, it’s easy to say that Alyssa has had only one boyfriend since 2004. 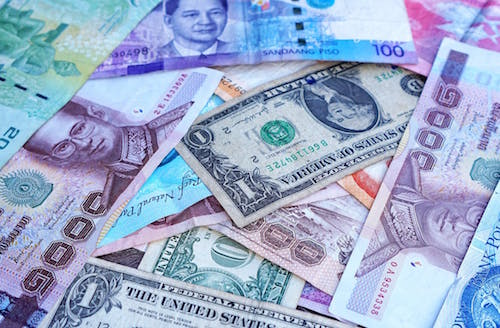 There is no doubt that Alyssa Acre makes a substantial amount of money from her modeling and TV career. She was recently listed as one of the top 60 richest actresses and her modeling career seems to be racking in good bucks as well. Additionally, her endorsement deals with playboy magazine, Porsche and other deals sure bring the beauty a lot more yearly.

Being an Instagram influencer with more than 600k followers, Alyssa makes an extra buck for every post on her Instagram page. It is quite unclear to cumulatively make of her net worth but it's rumored that of 2019, Alyssa Acre is worth more than a cool 1 million dollars. Unfortunately, additional details such as salary, mansions, and cars are still in the dark. These would have painted a more accurate picture of the model's net worth. 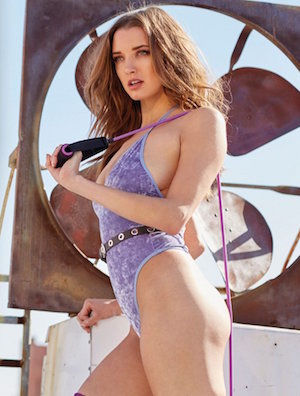 Since her fling with Justin Beiber in 2013, Alyssa has pretty much played her cards close to her chest when it comes to her relationship. She hasn't been spotted with any other man since then which beckons the question of whether she is in any actual relationship. However, all indicators point to the beautiful model being single at the moment.  That might be the case right now but it's quite obvious that anything can change at any moment. Only time will tell and we will get to know the lucky man who will get to snatch this runway goddess for himself. 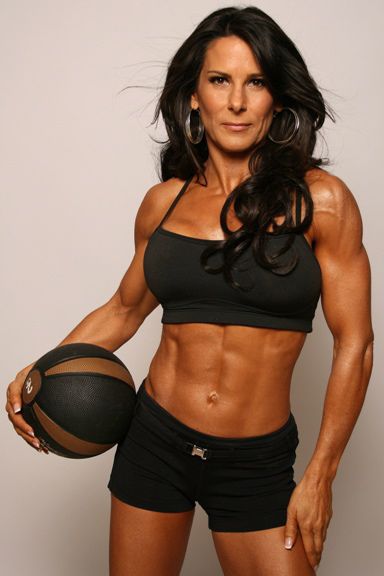 To age gracefully is an art. These 10 hot and inspiring female fitness models over 40 years old will give you new fitness goals. 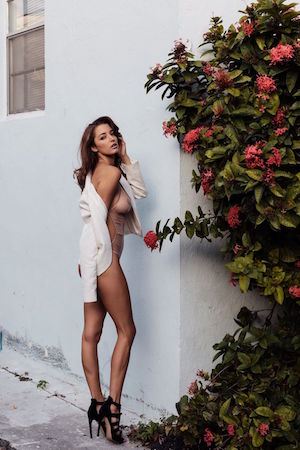 Alyssa Acre is a successful model and TV personality. This can be attributed to her charismatic character and confidence in what she does. Though her career has been marred with controversy and drama at some point, she has always come out of t strong. We can only expect her to succeed even more in the coming years.