Male sex dolls – once a fantasy, now an actual reality. Since ancient times (well, maybe not that far except for the story of Pygmalion, who fell in love with a beautiful statue), men have shown continued interest in synthetic women.

Now it would seem that women are starting to get in on the game and are looking for "something more" when it comes to sex toys. With Artificial Intelligence, wireless connectivity, and all the other perks of technological advancements available for our disposal, why not a male sex robot? 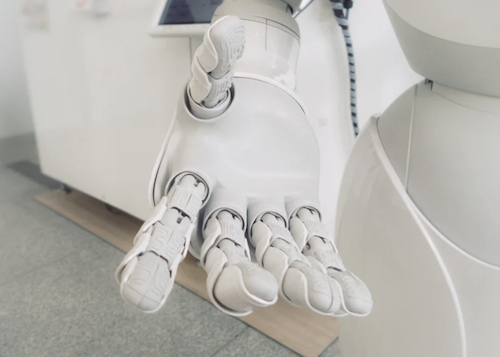 The general goal of sex robots is to provide something a little bit more than sensual pleasure. Thanks to artificial intelligence, sex robots can give compliments, recite romantic poetry, liven up the mood by telling jokes and even seduce.

Artificial intelligence's influence is overflowing in so many industries, including the sex industry. Step aside, lifeless silicone dolls, AI sex robots are ready to enter the market. They might be expensive, with some costing over $10,000. Still, in a way, it is a safer alternative to obtaining sex from other sources and increasing the risk of sexually transmitted diseases.

AI sex robots are the upgraded version of a sex robot that could not interact. And thanks to the rapid adoption rate of artificial intelligence, these robots can easily be programmed and quickly upgraded to fit the preferences and expectations of customers.

Let's get into the details. 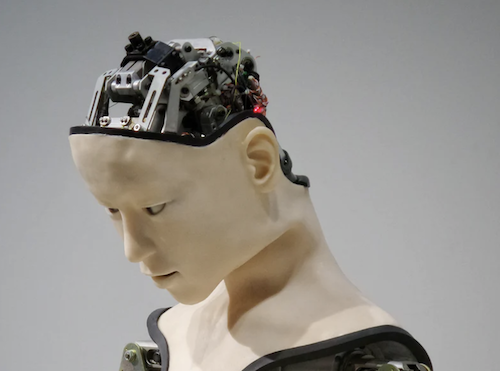 AI sex robots are equipped with sensors located into their heads, private parts, face, and chest areas. When you touch the robot in these parts, it could "feel" the sensation and emit a reaction. Cool, huh? It won't seem like a masturbatory action, one-man effort anymore. The sensors also serve as a camera for the robot to mimic your facial expressions. It can sense when you're smiling or frowning and emit the same response.

To be considered a technological advancement, something has to be convenient and efficient. Thanks to specially created applications, you can customize your sex robot to your liking – from the hair color to the member size. 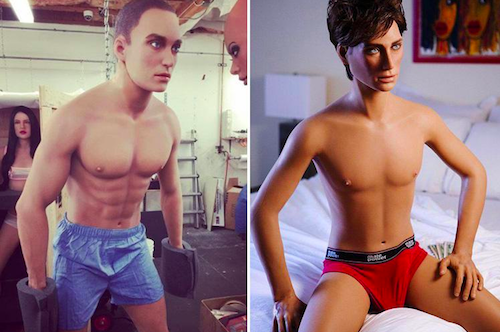 If ever you get bored with the sex doll in the bedroom, take it out and integrate it with your everyday life. High-end AI sex dolls have different modes such as family, romantic, and sexy, meaning it can converse with you about life and sex.

The robot also goes beyond satisfying one's sexual desires and could be used as a personal secretary, wherein it could remind you of your schedule, read the news from the Web, deliver jokes to liven up the mood, and answer questions that could be dug up in the Internet. It's basically Siri, or Alexa embodied in a robot. 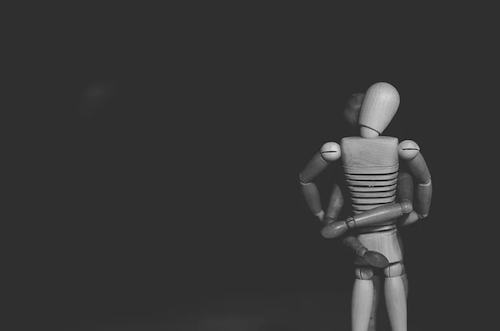 Harmony, the first AI sex robot, was equipped with a 12-point area of articulation in the face, allowing her to move her eyebrows, blink, turn her head or neck side to side, smile, and express other human movements and emotions. The same will be translated to a male sex robot, but showcasing masculine features.

Buyers can choose every minute detail that would go with the robot, such as the body type, build, height, weight, and size of certain features. After the body, the head details are picked. A sex robot head is an additional $8,000, which makes the total price for Harmony and eventually, Henry at roughly $11,000.

Realbotix offers the sex doll with an app that allows the user to customize the personality of the robot. The user will learn more about the character they've created with the robot and vice versa because the robot can adapt in conversation as more data is inputted in its memory. 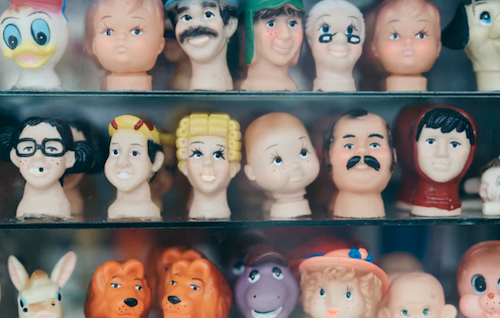 Because it still is a toy, the company also allows the user to change the head of the robot, should he or she want something new. Change the personality, voice, etc. and you've got yourself a new character.

To see how a conversation could pan out with a sex doll, the video below shows a chat with Harmony, complete with sex puns.

Standing at six feet and gunning his six-pack abs and the customer's preference of a penis, Henry is the world's first male sex robot. He comes with a customizable "bionic" penis that is specially designed to heighten a female's pleasure.

What makes him different is that Henry is not battery-operated but is a more "plug-and-play" type of machine, which means one can "go as long as you want."

When you plug Henry in, he can say phrases like "You can count on me for the good and bad moments," or other things that tickle a woman's fancy.

Henry is currently outfitted in a white A-tank, sneakers, and Under Armour joggers that highlights his main selling point – all 11-inches of it. He has green eyes, beautifully crafted eyebrows and eyelashes (because men are naturally given these things which us ladies are so jealous of), full pink lips and a slack jaw, much like a caveman from prehistoric times but more refined, and an airbrushed five o'clock shadow. To look smarter, Henry also has a pair of glasses and a sweater. 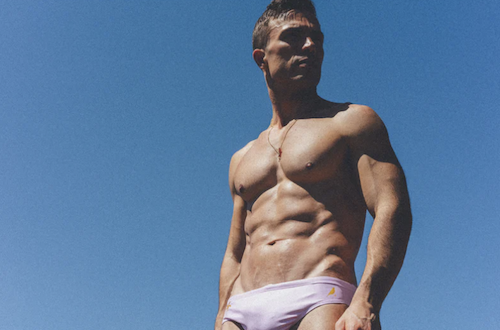 He will function similarly to Harmony but would tell more jokes, give more advice and ask more questions – perhaps the idealized version of what a woman wants in a man? "I think the focus with a male robot should be more on conversational ability and the ability to remember a lot of things that may matter to the user and to create the feeling that there is someone there for you," Henry's creator says.

While he is still in the prototype stage, Henry will be sold to the market, starting at $11,000 and could go up to $50,000 depending on additional features.

The goal of sex robots is to provide companionship in addition to physical intimacy. Matt McMullen has been in the business for over 20 years and started with regular sex dolls. As times changed, so did the trends in sex toys.

"I think I started this company thinking that this was going to be something that people will just buy as a sex toy, something that they would be ashamed of, something they would like to hide in the closet when they were done. And over the years, I've learned that that's really not the case. Many of our customers seek out these dolls because they'd either had multiple relationships go wrong, they've been hurt, or maybe they have issues with connecting with other people. What I want to do with this AI is give them the tools to create something real," says Matt McMullen.

Matt talks about the current progress and future plans of sex robots below.

Women are a bit more different than men when it comes to what they want or expect from a sex robot. According to a poll created by Realbotix, women aren't just looking for a machine to have intercourse with; they are also looking for a companion who would listen and converse with them, maybe even do household chores.

The demand for male sex dolls has steadily increased, and experts in AI even forecast that by the year 2050, humans would have developed an intertwined relationship with robots, including friendship, love, and marriage. Futurologist Ian Pearson added to that prediction by suggesting that by 2050, humans will engage in more sexual relations with robots than other humans, including women being interested in male sex robots.

Related Article: Common Items That Can Double Up As Emergency Sex Toys 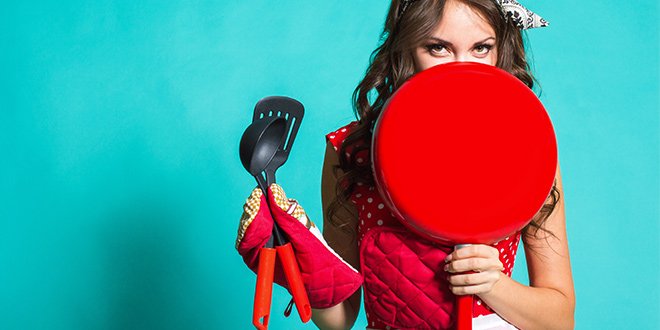 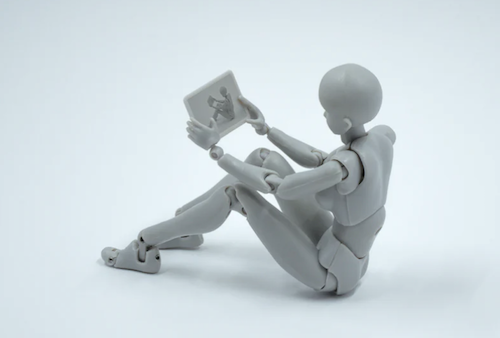 While sex robots may seem like a luxury today, the steady advancement of technology in all aspects will only push the limits of artificial intelligence further at a lesser cost. Soon, the capabilities of sex robots today will be familiar to all, which means demand and supply will increase, and the price will decrease.

Focusing on male sex robots, in particular, the extra layer of companionship appeals more to women. Ladies want someone who would ask about her day, remember details, cuddle in time of need, and more. This leaves the standard for male sex robots relatively higher than its counterpart; however, with how fast AI advancements are coming along, it won't be long before we would have exactly what we wanted in a male sex robot.